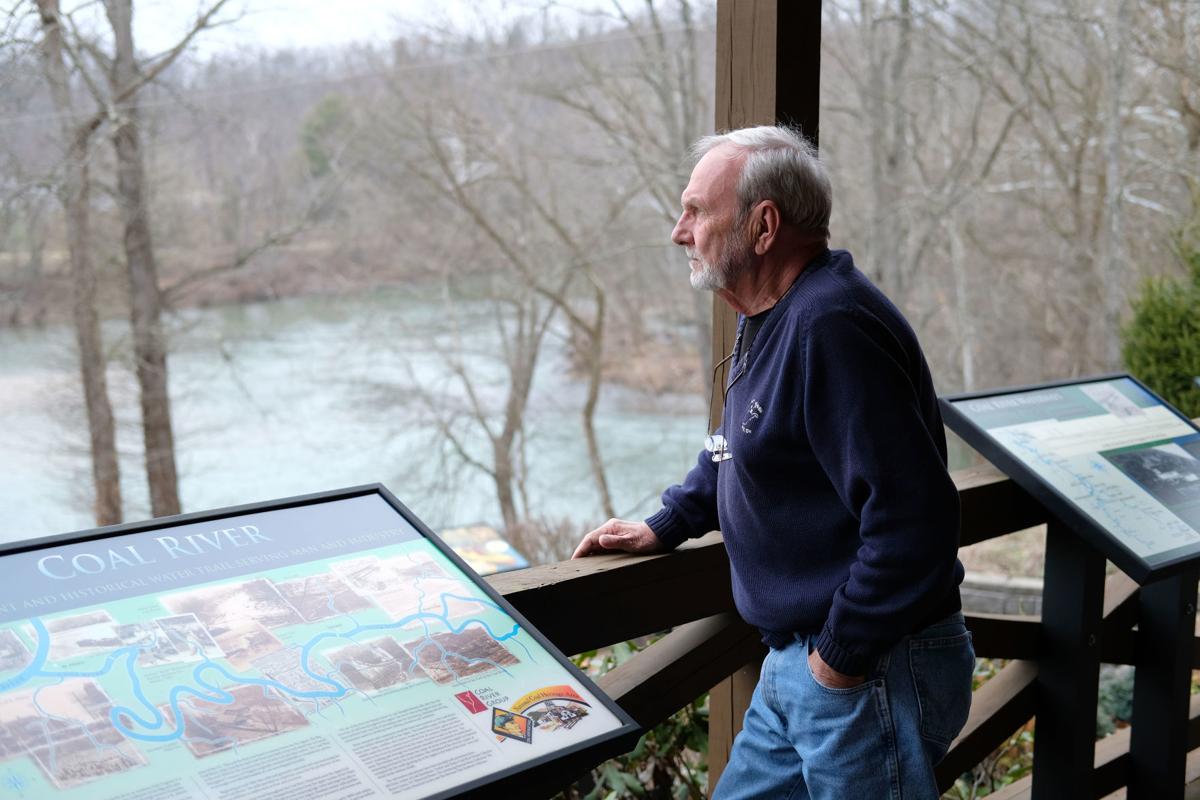 Coal River Group Chairman Bill Currey looks out over the Coal River from the CRG’s headquarters in Meadowood Park, Tornado. Inspired by a similar project in Virginia, Currey would like the Coal River Water Trail designated as a state linear river park. 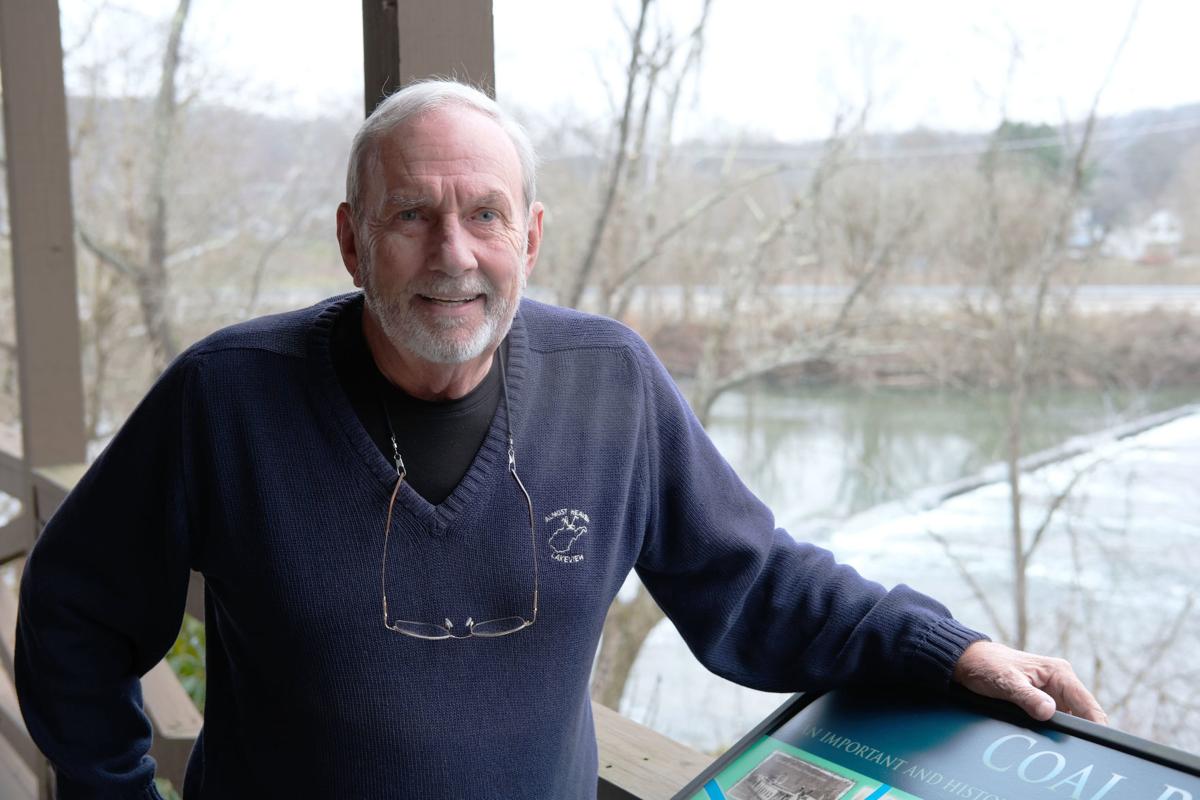 Coal River Group Chairman Bill Currey looks out over the Coal River from the CRG’s headquarters in Meadowood Park, Tornado. Inspired by a similar project in Virginia, Currey would like the Coal River Water Trail designated as a state linear river park.

When Bill Currey, chairman of the Coal River Group, read recently that the state of Virginia is turning one of its rivers — the Clinch River — into an official state park focusing on flatwater kayaking and related activities, the proverbial light bulb went off over his head.

Like the Coal River, the Little Coal River and Big Coal River, Virginia’s Clinch River is a popular flatwater — as opposed to whitewater — recreation destination.

Water trails are defined as marked routes on navigable waterways such as rivers, lakes, canals and coastlines for recreational use. They allow access to waterways for non-motorized boats, inner tubes and other craft.

The 88-mile Coal River Water Trail includes parts of Boone, Lincoln, Raleigh and Kanawha counties. The trail has 20 boat launches and follows the channels of the Little Coal and Big Coal rivers, which merge to form the larger Coal River.

The three-river trail continues to St. Albans, where it merges with the Kanawha River.

The Coal River Water Trail has become wildly popular over the years, with more than 1,000 paddlers enjoying the river every weekend during paddling season, Currey said.

Additionally, the annual summertime Tour De Coal paddling and float event and Yak Fest in St. Albans bring kayaking and other non-motorized float enthusiasts to the area from around the region.

Currey said designating the Coal River Water Trail as a certified linear river state park would benefit the water trail in the long term and serve to protect the trail on a permanent basis.

It’s an idea worth exploring, he said.

“It would give it the credibility, and it would give it a life past the Coal River Group. What happens when I go away – I’m 75 years old – or this organization falls apart?”

The added cachet of being a certified state river park could help bring in more hotels, camping opportunities and riverfront businesses to the areas along the water trail.

“We’ve got this beautiful watershed, it’s clean, we’ve got a highly organized water trail and we’re bringing in over 1,500 kayak paddlers every weekend to this water trail,” he said.

The CRG’s headquarters is in the Kanawha County-owned Meadowood Park in Tornado, next to the Coal River.

Meadowood Park is “already kind of the kayaking center of Southern West Virginia.”

According to the CRG, the water trail’s designation as a state park would open additional funding opportunities for the nearby communities, county parks and for what would become an economic hub for the region.

Currey said the Coal River Water Trail is an excellent template for other watershed groups to follow, with perhaps an eventual goal to turn their respective non-whitewater rivers into state water trail parks.

“People have told us that we’re as sophisticated as any other flat water trail in the United States,” he said. “We’ve got just as good or better floating information, safety information and river quality information.”

Currey is suggesting legislation that would establish a state Flatwater Trail Commission that would assist and support flatwater kayaking trail programs.

The Flatwater Trail Commission would be comprised “of knowledgeable people to oversee the development of flatwater river trails.”

The commission would be a focal point for other nonprofit groups, like the CRG, that want to develop flatwater river trails in the state.

“That would be a good way to get to the state park idea eventually,” Currey said.

The first step, Currey said, is to get the Flatwater Trail Commission authorized.

“Once it has been created, the commission can address all the issues that stand in the way of developing more flatwater river trails in the state.”

And as for getting the already up-and-running Coal River Water Trail designated as a linear river state park, Currey said the CRG would work with the proposed Flatwater Trail Commission toward that goal.

It “will be a topic that the Coal River Group will pursue through the Flatwater River Commission, the West Virginia Division of Natural Resources and any other appropriate agency or public forum,” he said.

The CRG has received support for the state park designation from St. Albans Mayor Scott James.

In a letter of support for the plan, James said that as a result of the popularity of the Coal River Water Trail, St. Albans has become the “Kayak Paddle Welcome Center” for thousands of paddlers who use the river trail year round.

In an email, James said, “I believe that making the Coal River Water Trail a linear state park will be very beneficial to economic growth for cities and towns along the trail and will also ensure the continued clean-up of the rivers involved. Other states do this, so why not West Virginia? Creates a win-win situation for all involved.”

Yak Fest in St. Albans is June 19-20. For more details about that event, visit www.yakfestwv.com

(Ben Calwell is a former reporter and photographer for the Charleston Gazette-Mail Metro Department.)