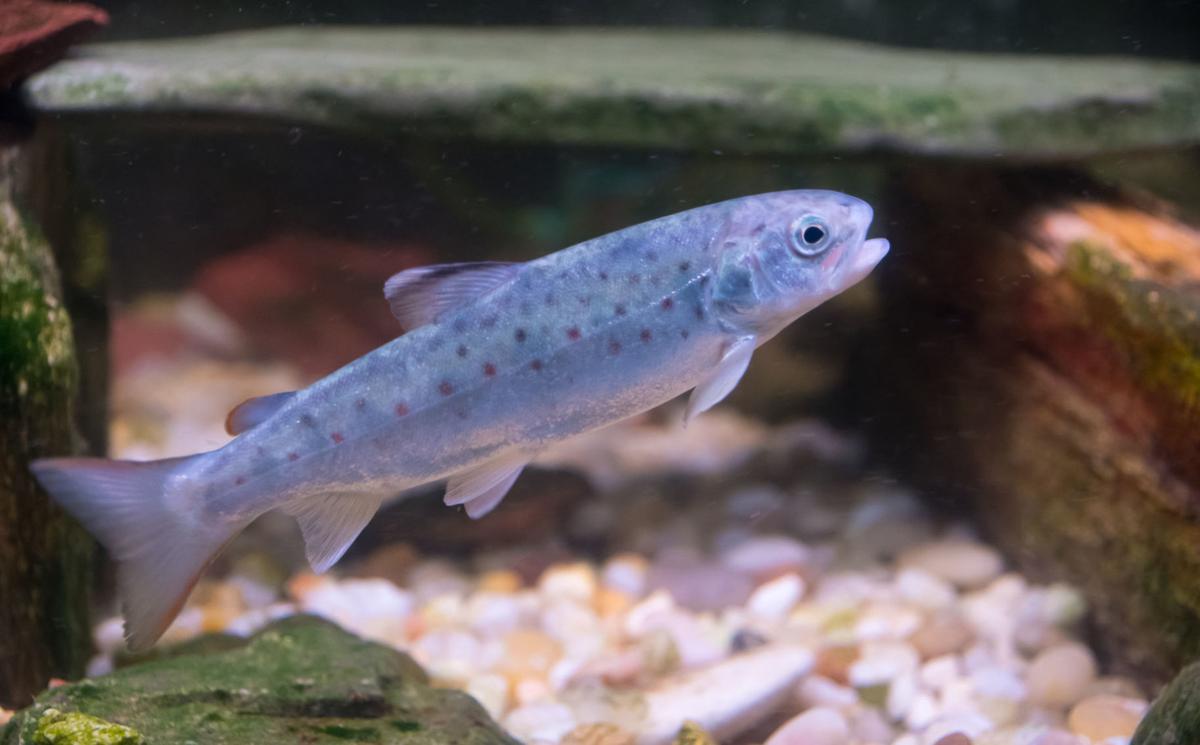 In addition to its overall purplish color, the juvenile brown trout in Brent Best’s home aquarium also has the odd trait of swimming in a tail-down, head-up position. 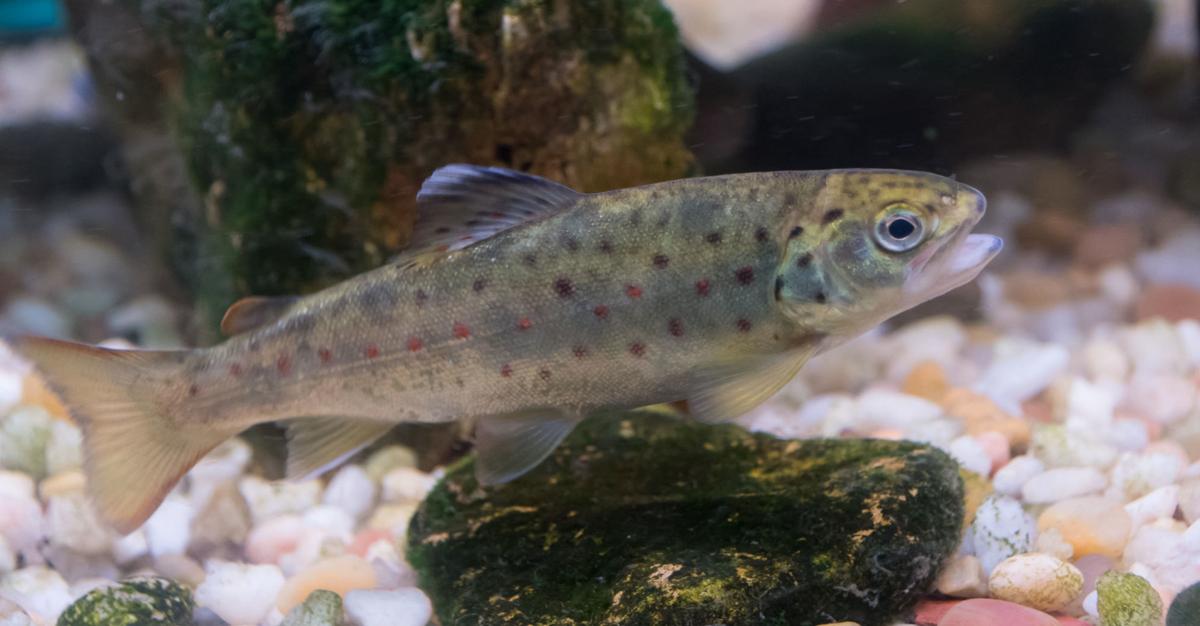 In addition to its overall purplish color, the juvenile brown trout in Brent Best’s home aquarium also has the odd trait of swimming in a tail-down, head-up position.

Well, not exactly a deep purple — more like a pale lilac. Even so, it’s a color brown trout aren’t supposed to be.

Brent Best knows about purple trout. He has one in his home aquarium.

Best, who raises trout every year for Trout Unlimited’s Trout in the Classroom program, has raised hundreds of brown, rainbow and brook trout in his home near Cross Lanes. Occasionally one of the fish exhibits unusual features — usually a crooked body, but sometimes an offbeat coloration.

The purple trout currently in his aquarium is the second one he’s seen.

“A few years back, I had another brown trout that was a purplish color, but it didn’t survive,” he said. “It never grew, and eventually it was eaten by one of the larger fish.”

Best expected the same thing to happen shortly after his current purple trout hatched last fall. Much to his surprise, the little hatchling not only survived, it thrived. Now almost 6 inches long, it is one of the larger browns in the tank.

When Best got the fish last October, it wasn’t even a fish. Rather, it was an egg, one of more than 100 fertilized brown-trout eggs from West Virginia’s Edray Trout Hatchery.

“I’ve been helping the Ernie Nester Chapter of TU’s Trout in the Classroom effort since 2012,” Best said. “We usually get some extra eggs, and I raise some of them. That way, if one of our schools has a disease problem or an aquarium failure, we have fish to resupply them with.”

He noticed the little purplish trout shortly after it hatched, absorbed its egg sac and began to swim.

“I realized it was a different color from the other 80 or so fish in the tank,” he said. “It has had that slight purple hue the entire time. The bigger it got, the more purple it became.”

Best did some research, but couldn’t find any definitive references to brown trout with blue or purple coloration. At West Virginia’s Petersburg Hatchery, home of the rainbow-trout color variant known as the golden rainbow, an occasional bluish or grayish rainbow shows up. State fisheries officials briefly played around with the idea of selectively breeding them, but they seldom lived long enough to reach breeding size.

There are differences, though, and not just in overall coloration.

“The purple trout swims a little differently,” Best said. “Most of the other fish in the tank swim level or slightly nose-down. The purple one swims in a tail-down, head-up attitude.”

“It prefers to have the aquarium lights on,” Best said. “When the lights are on, it’s the king of the tank. When the lights are off, the other browns become dominant. The purple one hides. That’s the only instinct that seems to be different from normal, but I’m not sure its light coloration has anything to do with that or not.”

Every year about this time, Best releases all the remaining trout in his tank into a selected West Virginia trout stream. Within a week or so, the purple trout and its normally colored kin will be released, too.