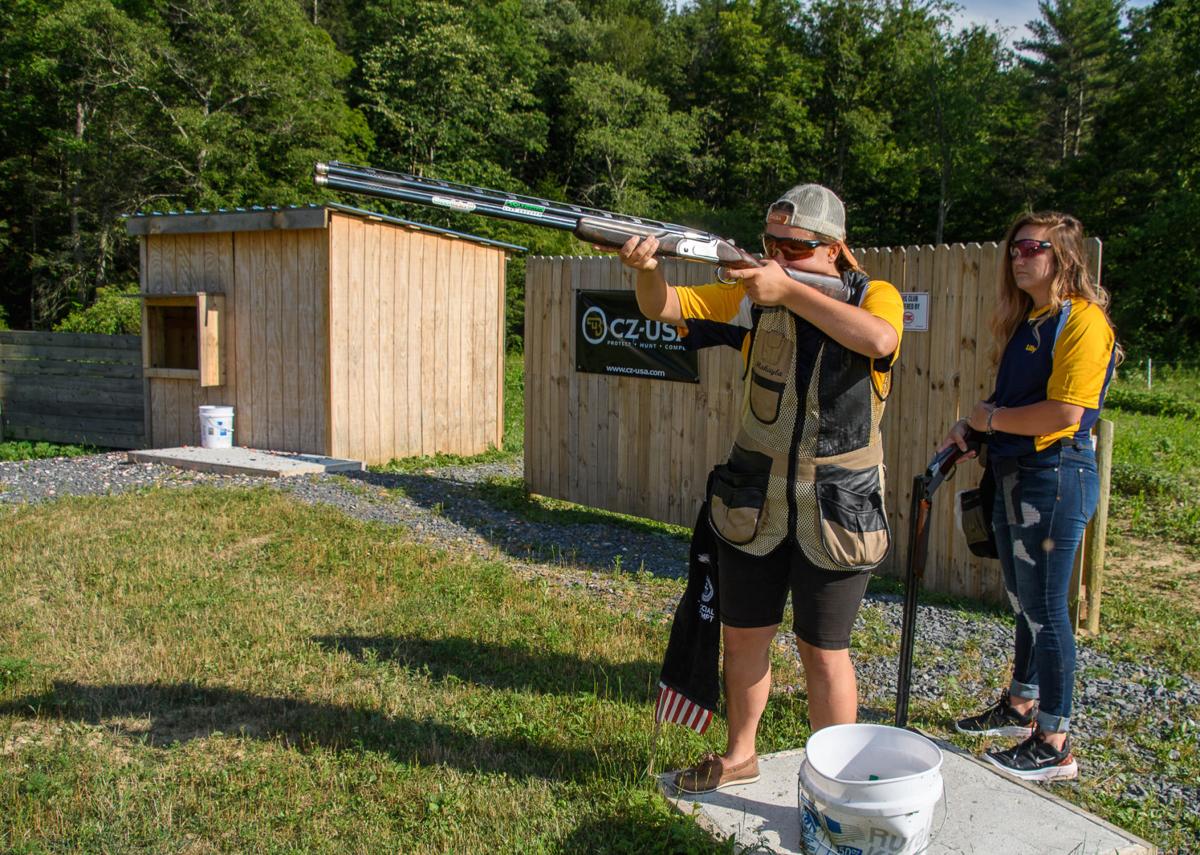 When a trap-and-skeet range in Caldwell closed down last year, it left 17-year-old Makayla Scott (shooting) and teammate Lilly Goodwin without a good place to practice. To compensate, Scott and her father built a skeet range in the backyard of their Alvon home. 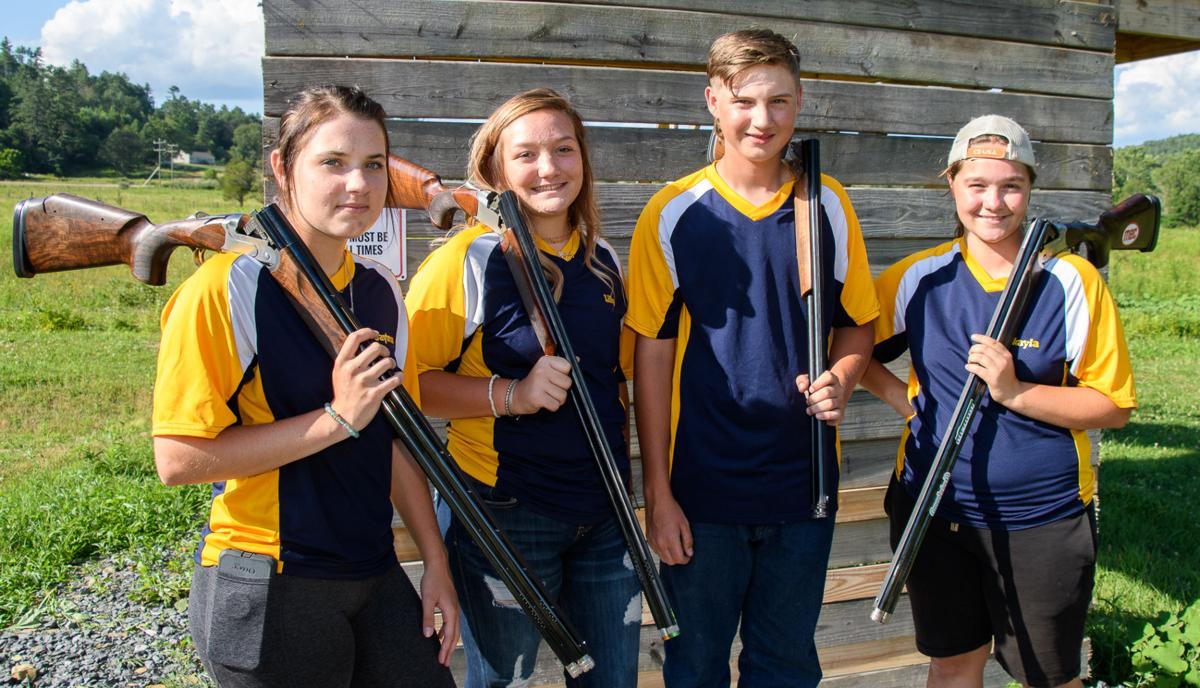 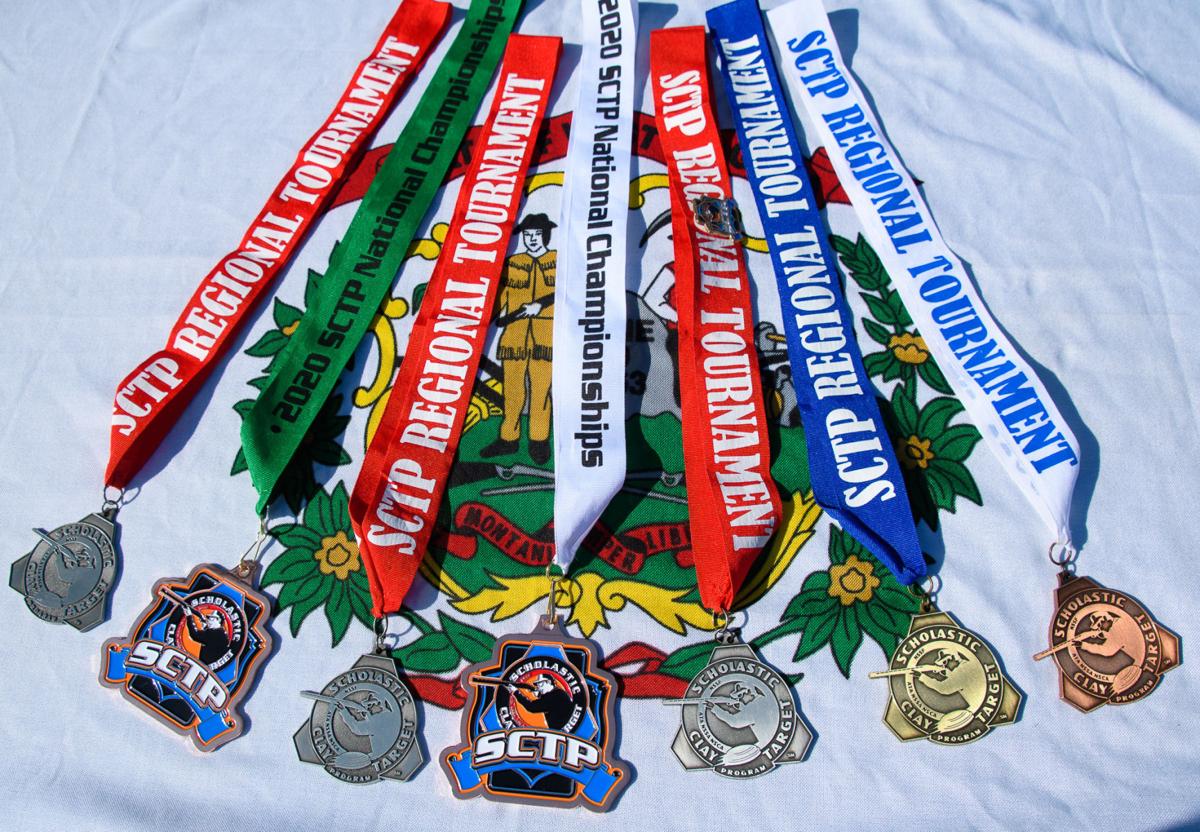 When a trap-and-skeet range in Caldwell closed down last year, it left 17-year-old Makayla Scott (shooting) and teammate Lilly Goodwin without a good place to practice. To compensate, Scott and her father built a skeet range in the backyard of their Alvon home.

ALVON — As much as she loved shotgun sports, 17-year-old Makayla Scott grew weary of traveling four hours just to practice with a team.

So, she took matters into her own hands. She and her father built a skeet range in their backyard and gathered a team of middle- and high-school shotgun enthusiasts to shoot there. It didn’t take them long to start winning medals.

“All this got started last year,” said Scott, who became a star among junior shotgunners in 2019 by shooting on a team that set a world record by breaking 14,167 clay targets in a 12-hour span.

“I had heard about the Scholastic Clay Target Program, and I wanted to shoot on an SCTP team. West Virginia didn’t have a team at the time, so I joined a team in North Carolina.”

It’s a four-hour drive from her home in Alvon, Greenbrier County, to Salisbury, North Carolina, and Scott soon tired of traveling that far to practice with her teammates.

“We did it, though, and the team was amazing,” she recalled. “We shot in the nationals, but the travel just got to be too much. So I said to Dad, ‘Why don’t we put a skeet field in the backyard and have our own SCTP team?’ He was like, ‘Um ... OK.’ ”

The timing worked out nicely. The Greenbrier 4-H shooting team didn’t have a practice facility because their range in Caldwell had closed, so Makayla and her dad, Telford, asked several of the 4-H members if they’d like to join an SCTP team.

“We expected to get maybe six or seven shooters,” Makayla said. “We ended up with about 25.”

Living in a rural area has its advantages. The small farm Makayla and her family live on had ample flat space for a regulation skeet range, which measures about 130 feet wide by 65 feet deep.

Work on the backyard range began on Jan. 16. Makayla knew the facility would need two target-throwing machines, so she reached out to one of her personal sponsors, MEC Outdoors, and asked if they’d donate the machines. They did.

She knew, too, that some of the shooters on the newly formed club would not own their own shotguns.

“She got in touch with another one of her sponsors, [shotgun manufacturer] CZ USA, to see if they would help,” Telford said. “They donated $7,000 worth of shotguns to the team.”

Work on the range progressed quickly. The Scotts built a high house and a low house for the throwing machines, and poured concrete pads at all the shooting stations.

“The machines arrived on Feb. 20,” Telford said. “I was at work, so Makayla and one of her coaches installed them.

“As soon as they got them hooked up, they got their shotguns and started shooting — out there wading around in the mud.”

A semicircular gravel walkway now keeps shooters out of the mud on damp days. The Scotts have also added a couple of artistic touches — a flagpole that flies the American flag, and small planting beds with sponsors’ logos reproduced with white marble chips. They plan to add a trapshooting facility soon, and, perhaps in the future, a five-stand sporting clays range.

The facility is not open to the public. Members of the 4-H team are allowed to shoot there, as are members of the newly formed SCTP team.

“We chose the name, ‘Mountaineer Clay Crushers,’ for the team,” Makayla said. “We practiced all spring, and we started competing a few weeks ago.”

Both of the competitions they attended were held in Marengo, Ohio, at the Cardinal Shooting Center. In the first, the SCTP Regional Championships, team members fared quite well.

“We took five kids up there, and it was their first chance to perform on a big stage,” Telford said. “Out of a couple of hundred competitors, Makayla got a first and two seconds; Evan Carter got a second, Lilly Goodwin got a third and Caytron Wykle got a fourth.”

The team’s veteran shooters all came from the 4-H program. Carter, who lives in Lewisburg, started shooting with the 4-H squad last year but moved to the Clay Crushers when the Caldwell range closed.

“I didn’t have a gun [at the time], and Makayla let me borrow one of hers,” he said. “I’ve since gotten a gun through her connections [with CZ], and that has helped me a lot.”

For Wykle, who hails from Ronceverte, the Clay Crushers have been a way to compete outside the state.

“With the traveling and getting to see other shooters, I’ve learned a lot,” she said.

Goodwin, a cousin of Makayla’s who lives just up the road in Alvon, views the club as a family experience. She also takes pride being a part of the state’s first-ever SCTP squad.

All of the team’s members yearn for the day when another SCTP team gets started in West Virginia.

Makayla wants that to happen, too, mainly because of the opportunities another team would bring to other young shooters.

“I wanted to compete in SCTP because there are always people at the competitions who are looking for young talent,” she said. “It worked out great for me, because it got me involved with sponsors and it got me a full-ride scholarship to Montreat [N.C.] College. I’d like to see other West Virginia kids be able to take advantage of those opportunities, too.”