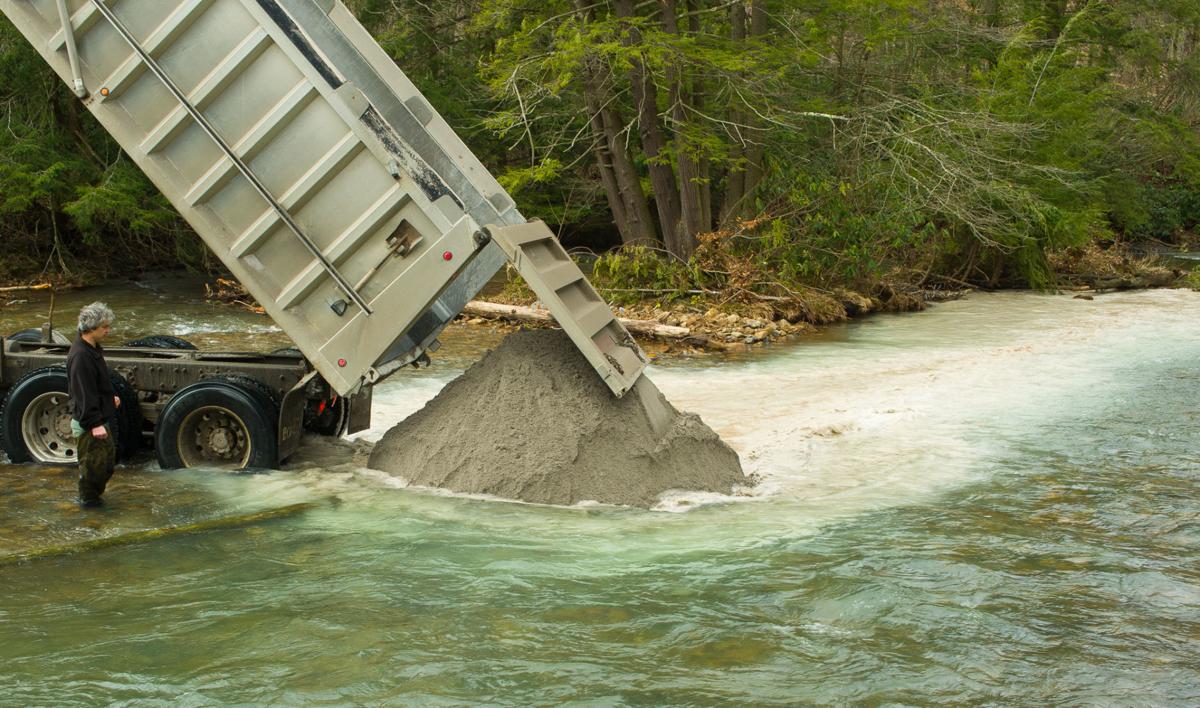 By dumping piles of limestone sand into or next to acid-damaged streams, Division of Natural Resources officials have been able to restore fishing — mainly for trout — to more than 300 miles of formerly barren water. The sand dissolves into the water and neutralizes the acidity. 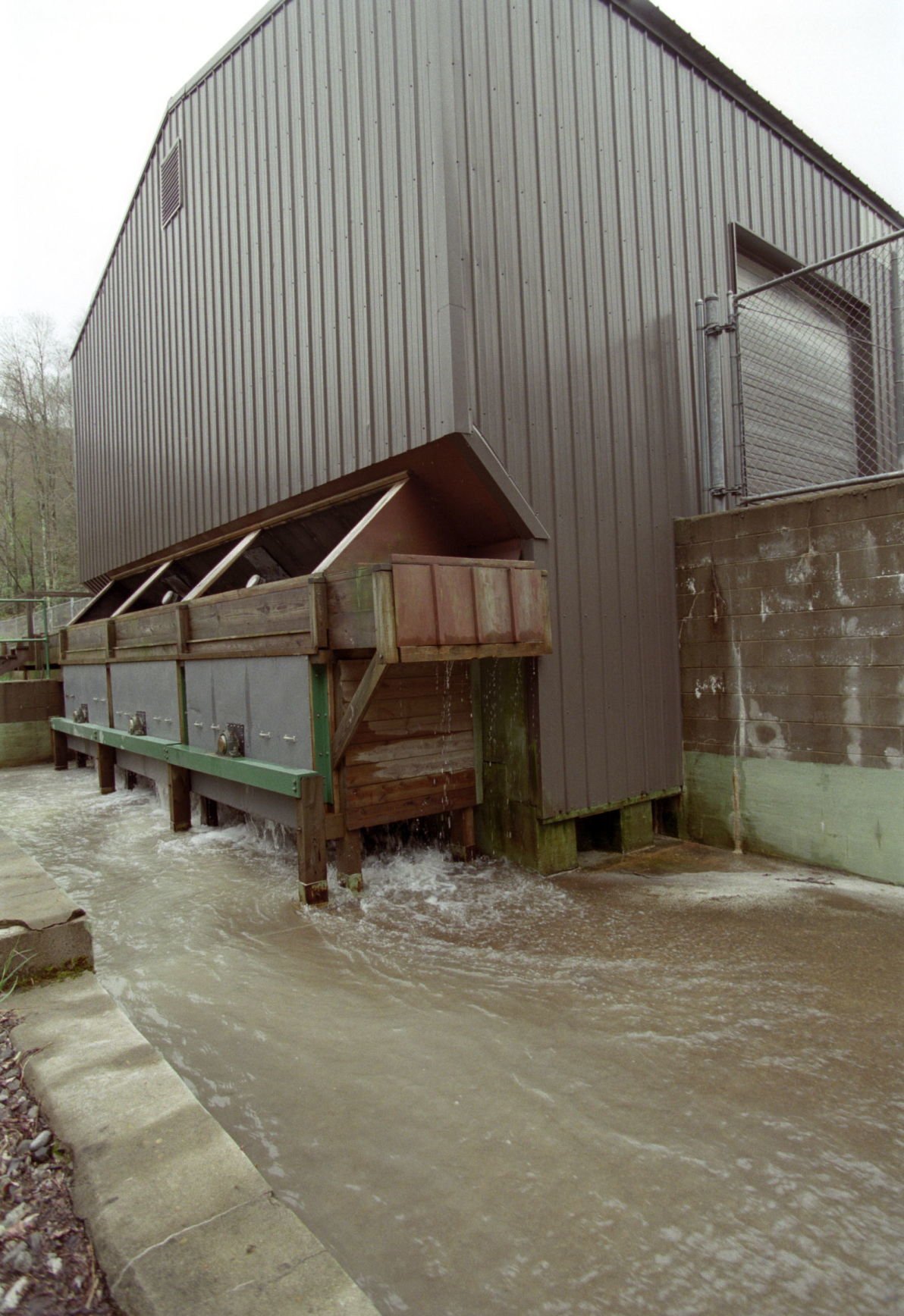 Limestone-sand treatments have proven just as effective, and a great deal less expensive, than limestone-drum facilities built during the late 1980s and early 1990s. The $800,000 limer on Dogway Fork of the Cranberry River, for example, was recently taken out of service because limestone-sand treatments reduced acidity upstream of the limer just as well as the limer did downstream. 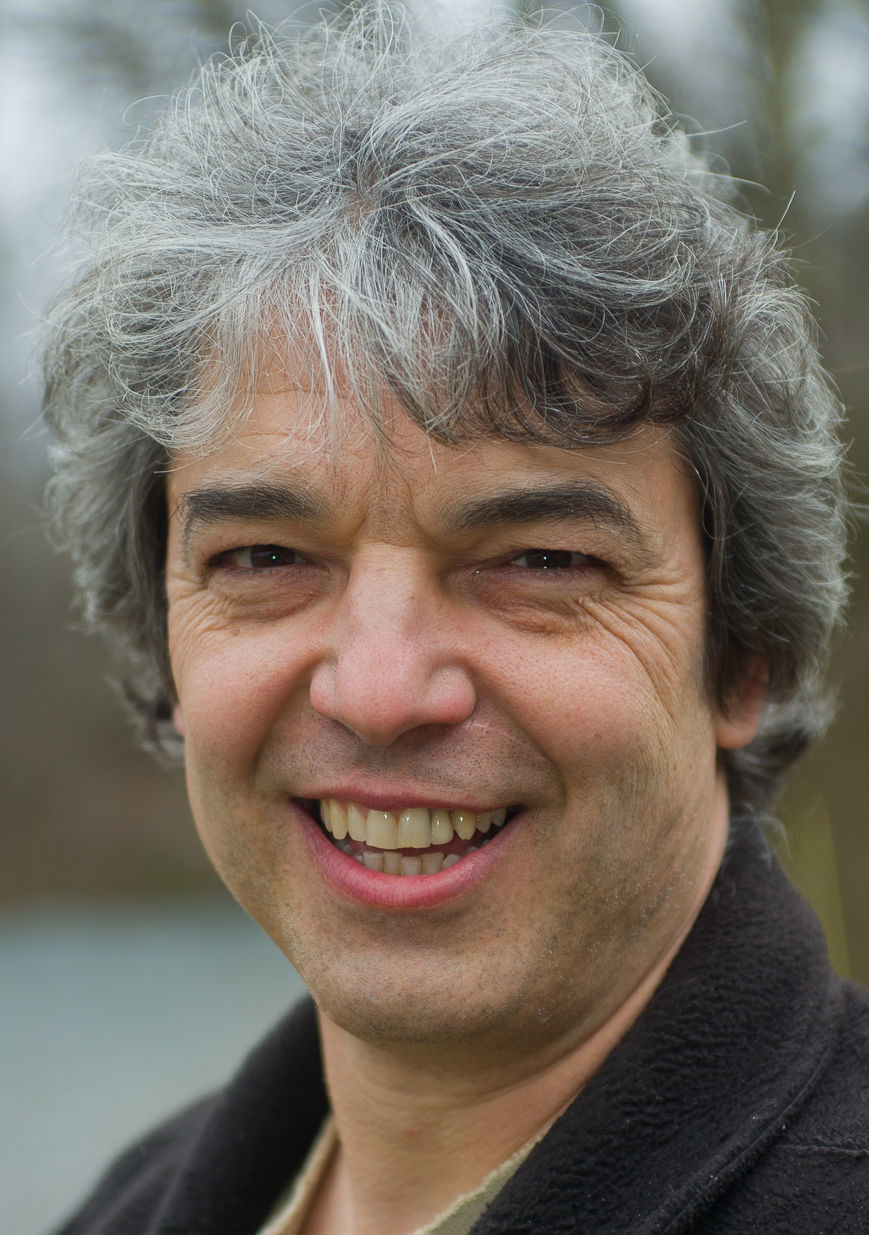 By dumping piles of limestone sand into or next to acid-damaged streams, Division of Natural Resources officials have been able to restore fishing — mainly for trout — to more than 300 miles of formerly barren water. The sand dissolves into the water and neutralizes the acidity.

Limestone-sand treatments have proven just as effective, and a great deal less expensive, than limestone-drum facilities built during the late 1980s and early 1990s. The $800,000 limer on Dogway Fork of the Cranberry River, for example, was recently taken out of service because limestone-sand treatments reduced acidity upstream of the limer just as well as the limer did downstream.

Two decades ago in West Virginia, hundreds of miles of streams ran barren, devoid of insects or fish.

Today many of those streams have been brought back to life, resurrected by humble gray piles of limestone sand dumped strategically along their banks. It sounds like magic, but really it’s just chemistry.

“And those are just the miles of water we directly treat with the limestone sand,” said John Rebinski, an environmental resource specialist with the state Division of Natural Resources. “Most of the streams we treat are headwater streams. The benefits of the liming can continue far downstream into much larger waters.”

Perhaps the most profound change has taken place in the Cheat River system, where treatments have taken place since the late 1990s. DNR biologist Pete Zurbuch experimented with limestone-sand treatments on the upper tributaries of Randolph County’s Shavers Fork, a stream that couldn’t support trout year-round because of acid snowmelt.

The treatments not only re-established trout fisheries on the tributaries, they restored year-round fishing to the main stem of Shavers Fork, as well. Subsequent treatments on other Shavers Fork tributaries re-established year-round trout fishing along the river’s entire 89-mile length. Over time, the effects extended even farther downstream into the Cheat River, helping to create a vibrant smallmouth-bass fishery in the river and in Cheat Lake.

“The long-distance effects have been amazing,” Rebinski said. “We’re seeing them in the Gauley River now, thanks to treatments on tributaries of the Gauley and its tributaries, the Cranberry and Williams rivers.”

How it got started

DNR officials had known since 1964 that the addition of limestone to acid-tainted waters could restore damaged fisheries.

The early efforts centered on waterwheels loaded with limestone rocks. As the streams’ currents turned the waterwheels, the rocks tumbling inside the wheels ground each other down, releasing tiny grains of limestone into the water.

The stations, while effective, proved costly to install, operate and maintain. In the search for less expensive alternatives, Zurbuch and his fellow DNR officials hit upon the limestone-sand method.

Limestone-sand treatments require only two things: a dump truck filled with the sand, and a place to dump the stuff.

The sand that falls into the water immediately gets swept up by the current, triggering the chemical reaction and immediately buffering the acid. What isn’t dissolved falls to the bottom in a grayish-white deposit. When the water rises, more of the pile gets swept into the stream and some of the sand deposited on the bottom gets kicked back up into the current. Gradually, the sand — and its acid-buffering effects — get transferred farther and farther downstream.

Rebinski has discovered that the sand doesn’t even have to be dumped directly into the stream itself. On the Middle Fork of the Williams River, the stream’s location within the Cranberry Wilderness prevented access by any sort of motorized vehicle. Rebinski traced one tiny tributary of the Middle Fork to a ditch at the side of the nearby Highland Scenic Highway, just outside the wilderness boundary, and had a truckload of limestone sand dumped into the ditch.

The experiment worked; the Middle Fork’s water chemistry improved, and the stream’s native brook-trout population returned. Rebinski has since employed the technique to restore other remote streams that lack direct road access.

“As long as the limestone is in the watershed, the nutrients will eventually reach the stream,” he said. “It’s a slower approach, but it works.”

Most people think that limestone treatment restores streams to productivity because it neutralizes acid. Water is considered acidic when its pH is below 7.0, and alkaline when it is above 7.0. Each whole number in the pH scale represents a tenfold increase in acidity or alkalinity. For example, a stream with a pH of 5.0 is 10 times more acidic than a stream with a pH of 6.0.

When limestone treatment lifts a stream’s pH from 4.5 to 6.5, it reduces the acidity a hundredfold, which greatly reduces stress on aquatic organisms.

Reducing acidity is only part of the picture, though.

“The main effect of the limestone is that it gets rid of toxic metals in the water,” Rebinski explained. “When acid rain falls on the ground, it leaches traces of aluminum, iron and copper out of the geology. Those metals get washed into streams and put into solution. Over time, they accumulate in the systems of insects and fish. The buildup becomes fatally toxic, and the animal dies.”

Limestone treatments eliminate metals by taking them out of suspension.

“When the pH of the stream rises to 6.0 or above, metals precipitate out of solution and fall to the stream bottom, where they’re no longer in contact with the gills of fish and aquatic insects,” Rebinski said.

The calcium released from the limestone also acts as a nutrient that boosts the production of phytoplankton and zooplankton, tiny organisms that form the base of a stream’s food chain.

“For example, for brook-trout reproduction, pH is very important,” Rebinski said. “If the pH falls down around 5, reproduction becomes impossible because the eggs can’t survive and the fry don’t have enough to eat. When the pH rises into the upper 5s, you start to get successful reproduction. Once it reaches 6 or above, you get good reproductive success.”

“And when it does, it’s usually when the water is rising fast from rainfall or snowmelt,” he added. “The pH might drop to 5.9, but that only lasts until the water starts to drop.”

The DNR will begin showcasing its success stories in 2019, when catch-and-release regulations for brook trout will be placed on four limestone-restored streams and their tributaries: Middle Fork of the Williams in Pocahontas and Webster counties; Tea Creek in Pocahontas County; Otter Creek in Randolph and Tucker counties; and Red Creek in Tucker County.