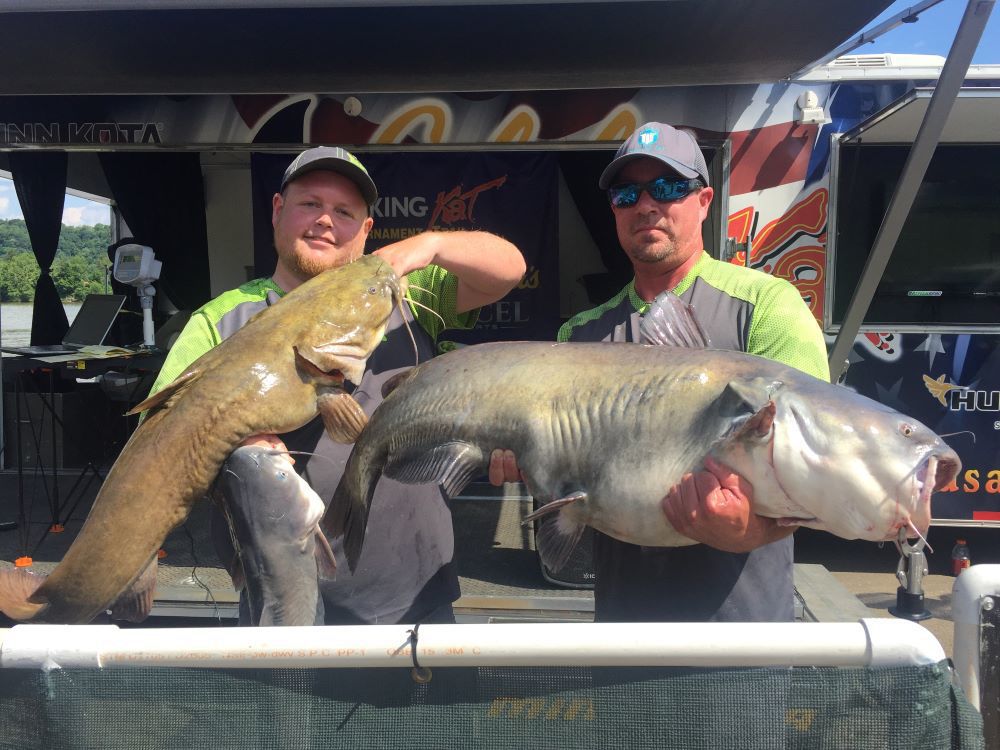 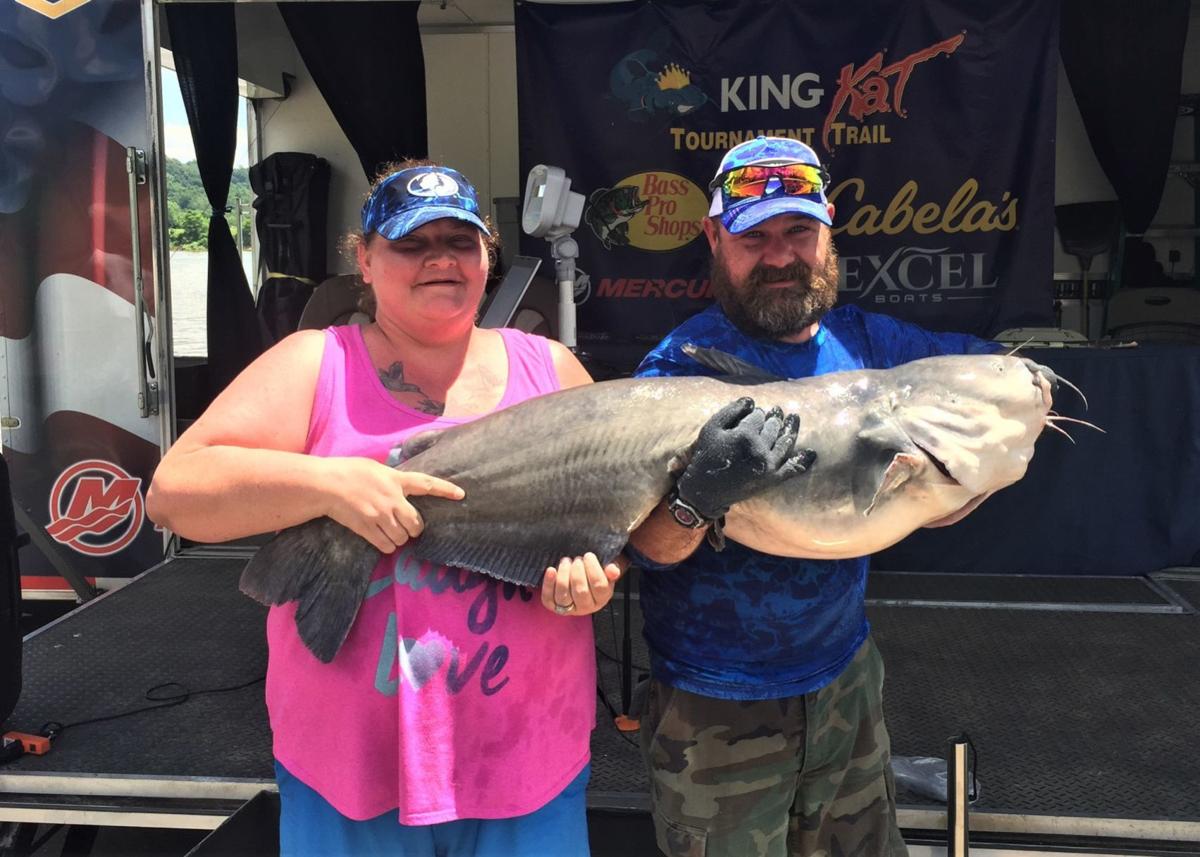 When high, muddy water made fishing tough for many of the other anglers competing in the recent Cabela’s King Kat Tournament, two West Virginia anglers — Chris Rhodes and Chris Hatfield — knew just where to go.

“Most of the rain that had the Kanawha muddy was from Southern West Virginia on south,” Rhodes said, “so we fished in the Ohio upstream from where it merges with the Kanawha, where the river was calm and pretty normal.”

The event, rescheduled from May 9 to June 20 due to coronavirus concerns, attracted 35 teams of anglers from four states.

They ran into a mess. Storms in Southern West Virginia and Virginia had the Kanawha running high, muddy and filled with floating debris. Some of the teams opted to seek slack water near the many barge tows moored along the Ohio near Point Pleasant and Gallipolis, Ohio.

“A lot of the people we talked to said they had a tough time catching fish,” Rhodes said.

He and Hatfield, on the other hand, were doing fine.

Tournament rules allowed them to launch from locations other than the tournament headquarters in Gallipolis, Ohio. They chose to drive upriver and launch from a ramp closer to their chosen fishing spot.

“We fished north of Mason, in the area of Racine, Ohio,” Rhodes said. “We launched at 6 a.m. and arrived at our spot a little before 6:30. We started fishing at 6:30, per the tournament rules.”

Within 20 minutes, they had already boated two catfish.

“We stayed pretty busy for a couple of hours after that,” Rhodes said. “By 8:30, I told Chris that we already had a pretty good limit of fish.”

As the air temperature rose and the sun climbed higher in the sky, the big fish stopped biting.

“Everything we caught from then on was smaller,” Rhodes said.

They left the river half an hour early so they could get back to the weigh-in site by the deadline. They figured they’d done pretty well, but they had no idea how other teams had done.

“We were happy that we’d caught 12 fish, but sometimes catching them like that means other [competitors] are catching them, too,” Rhodes said.

After chatting with a few of the other anglers, their confidence rose.

“When people started telling us how tough a time they had, I started thinking we might have a chance to win,” Rhodes said.

They did. Their 88.56-pound haul included three blue cats, including one that weighed 37.52 pounds, and two flatheads.

Rhodes and Hatfield had won local and regional catfish tournaments before, but the Gallipolis victory was their first on the King Kat circuit. The win earned them $3,600.

They finished just ahead of the second-place team, also from West Virginia.

Tracy and Missi Pauley, of Yawkey, weighed in a five-fish bag that tipped the scales at 86.32 pounds, a little more than 2 pounds behind the winners’ total. They earned $1,800 for the runner-up finish.

Missi Pauley captured the tournament’s Big Kat prize with a blue that weighed in at 46.72 pounds, which added $700 to the couple’s payday.

The Pauleys caught all their fish within view of the boat dock, in 40 to 45 feet of water, using cut skipjack for bait. Missi Pauley said she caught the 46-pounder on month-old frozen skipjack. It was her biggest fish ever.

The Gallipolis event is popular with Big Kat circuit anglers because the Ohio and Kanawha rivers teem with big catfish.

“The West Virginia [Division of Natural Resources] is doing a good job of protecting the bigger fish,” Rhodes said. “When they did away with commercial catfishing, it allowed the big fish to grow. The commercial fishermen were only interested in the big ones. Now we have lots of big fish, and we love it.”