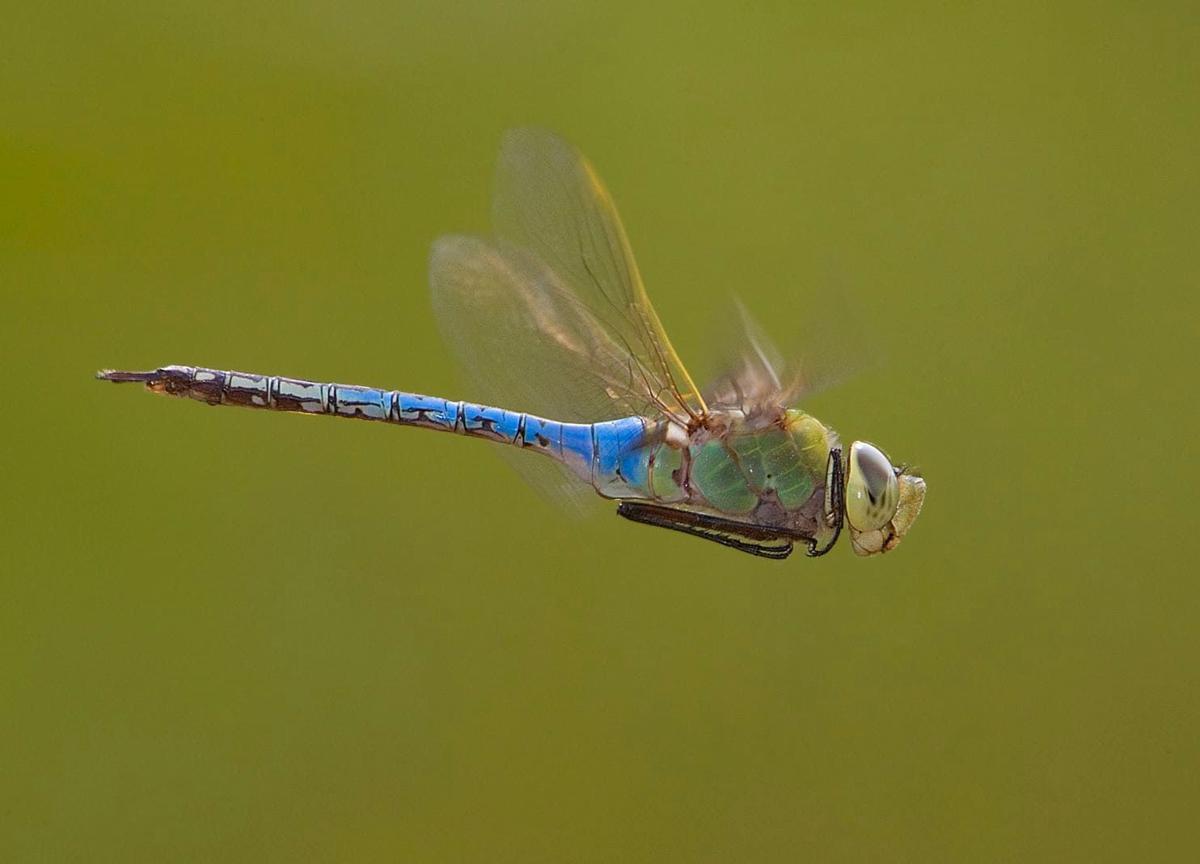 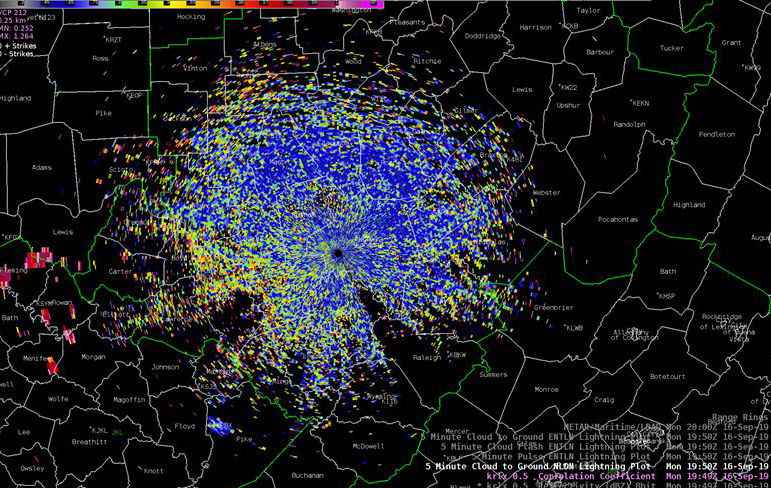 Weather image from the National Weather Service’s Charleston Forecast Office on a cloudless Monday afternoon in the Charleston area shows blue and yellow returns from a biological source, believed to be swarms of dragonflies, extending to the north, into Ohio, while to the west in Kentucky, red pixels indicate rain clouds.

Weather image from the National Weather Service’s Charleston Forecast Office on a cloudless Monday afternoon in the Charleston area shows blue and yellow returns from a biological source, believed to be swarms of dragonflies, extending to the north, into Ohio, while to the west in Kentucky, red pixels indicate rain clouds.

Weather radar screens painted with pixels from returning echoes have been observed by meteorologists at the National Weather Service’s Charleston Forecast Office in recent days — even though there is no rain, ground clutter or other weather events taking place to create the returns.

The cause of the phenomenon is not a bug in radar system, but swarms of bugs — dragonflies, to be precise — migrating through the region at high altitude.

“Yesterday, we could see them to the north, but today we’re seeing them to the south,” Tom Mazza, a meteorologist at the NWS’s Charleston Forecast Office, said on Tuesday.

Dragonfly swarms have also been observed on radar by NWS personnel across the region, starting last week in Indiana, Ohio, Maryland, Virginia, New Jersey and Pennsylvania, and continuing this week in Virginia and West Virginia. The swarms have also been seen by people on the ground, who have posted images and videos of the dragonfly clusters on social media, helping weathermen verify the cause of the phantom radar returns.

While there is nothing unusual about dragonflies, particularly the green darner variety, migrating southward in early fall, they rarely travel in swarms. Weather events, perhaps like the current heat wave, are believed to cause swarming to occur.

Mazza said he had not previously seen a dragonfly swarm on weather radar, but other biological phenomena, such as ladybug and grasshopper swarms and clusters of migrating birds make occasional appearances on the screen.

“Send us a photo of a dragonfly this evening and we’ll explain why much of this radar image from earlier this afternoon is not showing showers or even ground clutter,” Mazzsa posted on the forecast office’s Facebook page on Monday. Accompanying that post was an image of a weather radar screen filled with tightly connected blue and yellow pixels stretching across much of north-central West Virginia.

A number of Facebook followers took Mazza up on his offer, emailing images and videos of dragonfly swarms from various points in McDowell, Raleigh and Mercer counties.

By examining dual polarized radar images, correlation coefficient values produced for returning echoes can be applied to separate biological phenomena from the meteorological. On Monday, when the radar screen at Charleston was filled with return signals, despite a lack of other than sunny weather, most of the returns had values in the biological range.

Mazza posted the weather radar images on the forecast office’s Facebook page, along with the observation that “these are likely to be largely due to dragonflies, as supported by observations of numerous dragonflies in WV, OH, KY, MA and other nearby states.”

“They look like a cumulus field, when you pick them up on radar,” usually at an altitude of 4,000 to 6,000 feet, Mazza said. “I’m wondering if they fly in updrafts under cumulus clouds, and travel at the base of the clouds.”