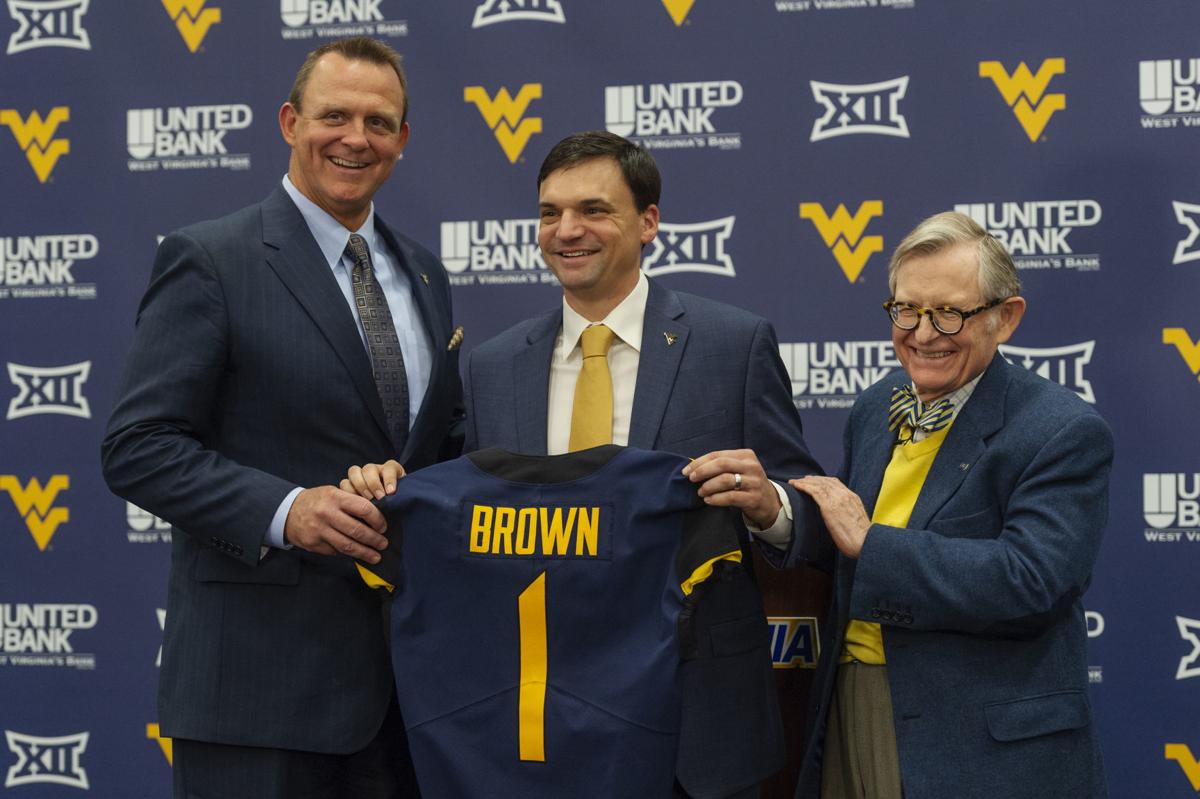 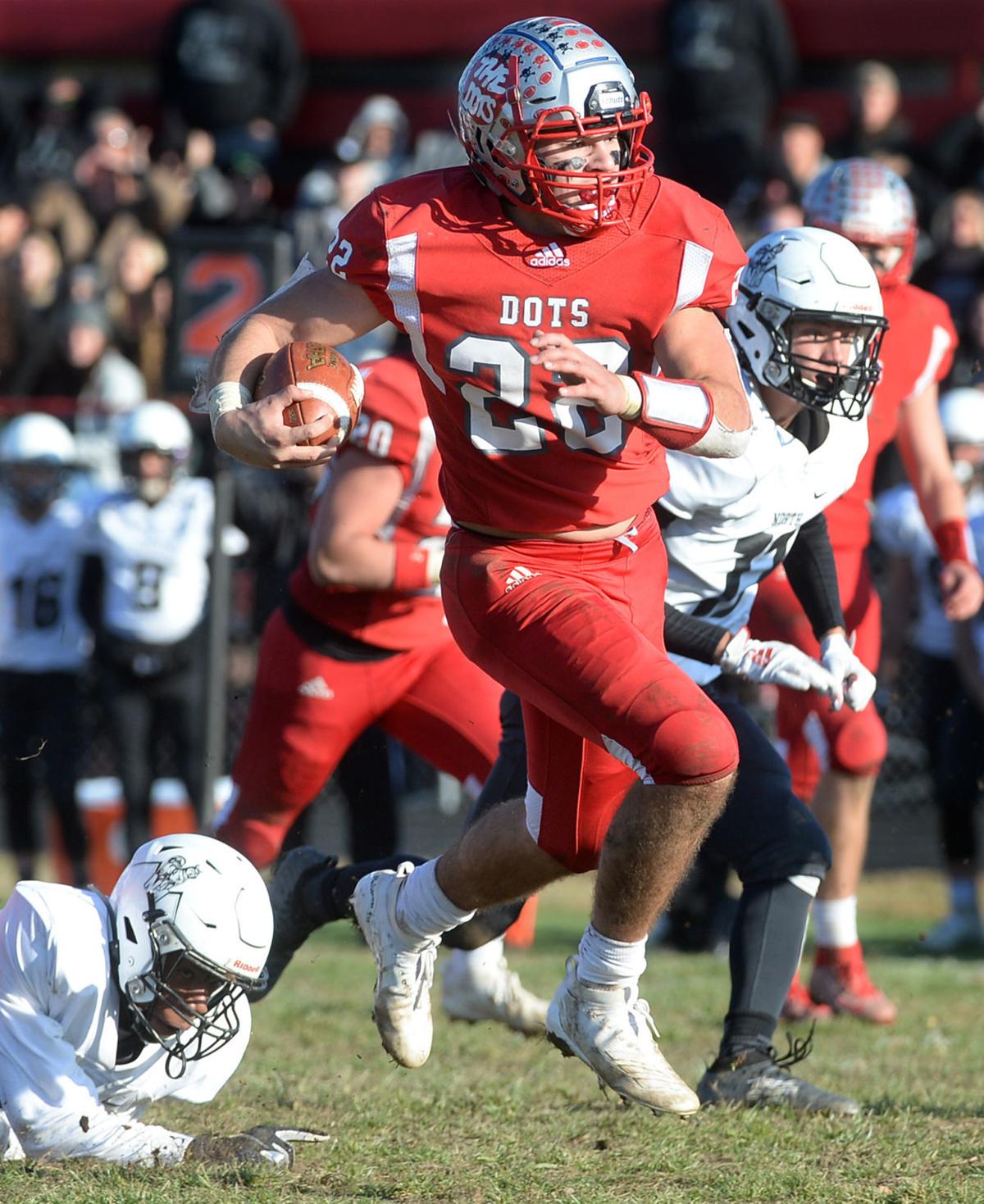 There were multiple major sports stories in West Virginia throughout 2019. Neal Brown (top) to took over as WVU football’s coach, Ethan Payne (left) broke Curt Warner’s regular-season scoring record on his way to winning the 2019 Kennedy Award and Marshall’s Jon Elmore led his team to a CollegeInsider.com Tournament championship on his way to breaking multiple program records. 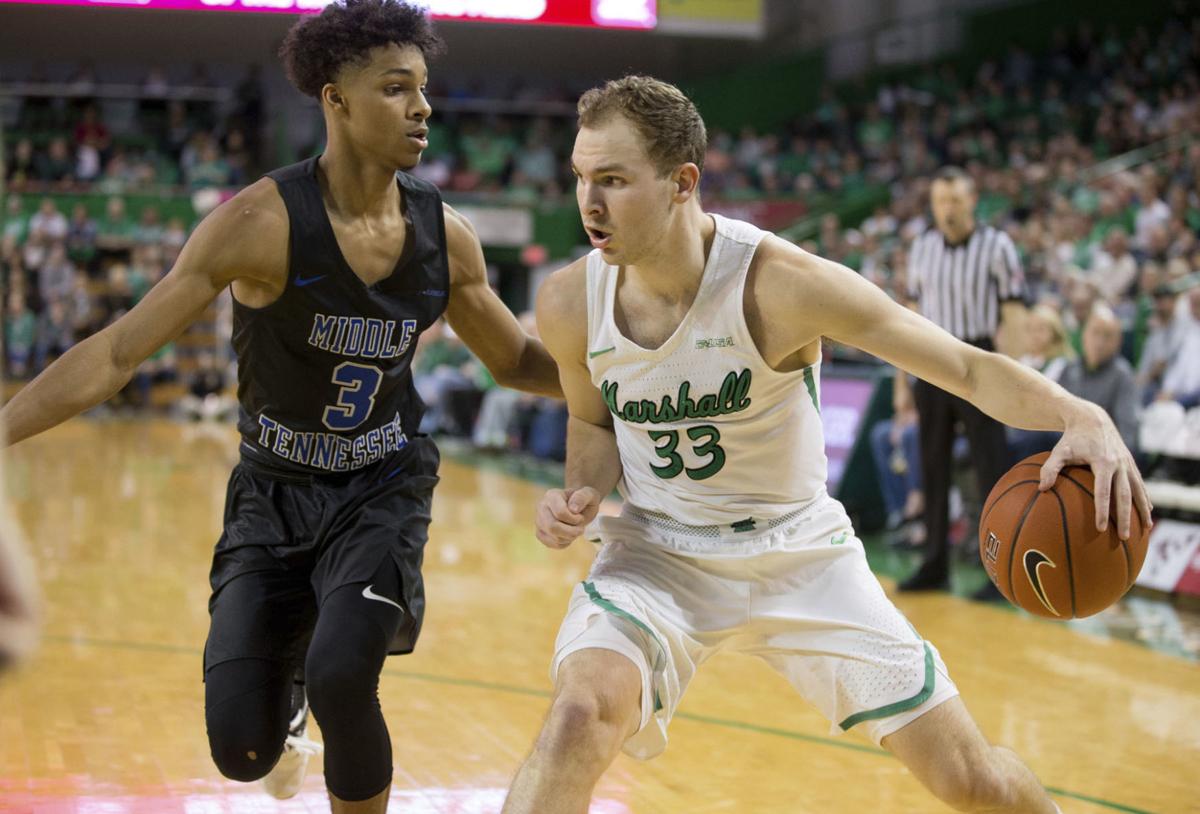 There were multiple major sports stories in West Virginia throughout 2019. Neal Brown (top) to took over as WVU football’s coach, Ethan Payne (left) broke Curt Warner’s regular-season scoring record on his way to winning the 2019 Kennedy Award and Marshall’s Jon Elmore led his team to a CollegeInsider.com Tournament championship on his way to breaking multiple program records.

The final year of this decade has been an eventful one in the West Virginia sporting world. There have been comings and goings, old faces in new places and plenty of championships won. What you’ll see below are 10 of the most important and influential stories to happen in West Virginia sports this year, as decided by … well .. me, so your opinions may vary.

They’re not in any particular order. Each of these 10 stories was a major one in the Mountain State in 2019, so it isn’t really fair to go ranking them.

It wasn’t but minutes after the ball dropped to usher in the new year that rumblings started of Dana Holgorsen ditching the West Virginia University football program for the University of Houston. Sure enough, those rumblings rang true and the Mountaineers were in search of a new leader.

That search ended with the arrival of Troy coach Neal Brown, who brought a new atmosphere to the football building. That atmosphere wasn’t for everybody, as evident in the transfer list that grew throughout the season.

Though the Mountaineers took some lumps this fall, losing five straight games at one point, they finished the 2019 campaign with a flourish. WVU won two of its last three, knocking off nationally ranked Kansas State in Manhattan, Kansas, and ending both the season and TCU’s bowl hopes with a win in Fort Worth, Texas. It also looked like the Mountaineers found their quarterback for the future in Bowling Green transfer Jarret Doege.

MORE GOLD FOR THE GOLDEN EAGLES

If there’s one thing the University of Charleston men’s soccer team and coach Dan Stratford didn’t see much of this postseason, it was competition.

From the start of the Mountain East Conference tournament through their Division II national championship win, the Golden Eagles allowed a big, fat one goal through seven postseason matches, outscoring those seven opponents 22-1, capturing their second national title in three years.

If there was any doubt before, there is none now that UC men’s soccer isn’t just a national program, it’s the best Division II program in the nation.

It was a match that college soccer fans in West Virginia hadn’t seen in years, and the stakes had never been higher.

More than 2,000 people packed the Veterans Memorial Soccer Complex in Huntington to watch nationally ranked Marshall host WVU with a trip to the NCAA’s round of 16 at stake. What those thousands saw was 90 minutes of exciting soccer and the Thundering Herd’s 2-1 win over the Mountaineers.

That was just another piece of history coach Chris Grassie’s team collected in the season, winning the Conference USA regular-season and tournament championships and finishing the 2019 campaign ranked No. 11 in the country. Up in Morgantown, the WVU program eventually started a search for a new coach, after Marlon LeBlanc resigned to join his family in Philadelphia.

WALKER WALKS INTO THE COLLEGE RANKS

So after you coach a prep football team to eight state titles in the last 10 seasons and finish the last four seasons undefeated, what do you do for an encore? If you’re Martinsburg coach Dave Walker, you take over the worst football team in the Mountain East Conference.

The December news was stunning, that after building Martinsburg into an unstoppable juggernaut, Walker would leave that post and become the head coach at Concord University. What he faces with the Mountain Lions is the polar opposite of what he had with the Bulldogs. Concord hasn’t won more than two games in a season since 2015 and went 1-10 in 2019.

Concord hopes Walker’s prep success rubs off on its program. What this seismic shift means for Class AAA West Virginia prep football remains to be seen.

That double-dip cemented Smith as one of the top coaches in West Virginia prep sports, period.

The West Virginia University baseball team had been a program on the rise under coach Randy Mazey. This spring, the Mountaineers ascended to the ranks of the nation’s best.

Not only did WVU reach its second NCAA regional in three seasons, the Mountaineers hosted a regional bracket for the first time since 1955. That regional might have ended in heartbreaking fashion for the Mountaineers, on a walk-off grand slam that gave Texas A&M an 11-10 win, but West Virginia staked its claim as one of college baseball’s top programs.

The fun continued after the season, when pitcher Alek Manoah became just the second baseball player in WVU history to be taken in the first round of the Major League Baseball Amateur Draft, picked 11th overall by the Toronto Blue Jays.

After more than five decades of hoping and wishing, Marshall baseball fans learned that they would get what they dreamed for — a stadium for the Thundering Herd to call its own.

A baseball stadium at Marshall long had been on the university’s wish list, but the years came and went without a speck of dirt getting moved. This fall, the university ceremonially broke ground on that project, with an ambitious schedule to have it finished in about a year and a half.

There have been plenty of athletic facilities built around Marshall’s campus over the last few years. For as long as Herd fans have desired this one, it might the sweetest development of all.

JON THE PHENOMENON, PART I

Jon Elmore’s career as a Marshall men’s basketball player was one for the record books — mainly because his name is now everywhere in them.

After leading the Thundering Herd to an NCAA tournament berth as a junior, he rewrote the annals of Herd history as a senior. While leading Marshall to a CollegeInsider.com Tournament championship, the first such banner for the Herd since 1947, he became Marshall’s career leader in points, assists, free throws and 3-pointers and also became Conference USA’s career scoring and assists leader. No other conference in college basketball has one player who holds both of those marks.

To say that John Cominsky’s arrival to the University of Charleston’s football program was unheralded would be an understatement. He was a 215-pound high school quarterback who learned quickly that wouldn’t be his position at UC.

Ethan Payne’s 2019 season was one of the best in West Virginia prep football history. The star Poca running back broke Curt Warner’s regular-season scoring record while rushing for 2,845 yards and 49 touchdowns through the regular season and postseason. His Dots, who were mired in a 39-game losing streak not long ago, earned the No. 3 seed in the Class AA playoffs and finished the regular season at 10-0.

And the craziest thing? He’s a junior. It can happen again in 2020.