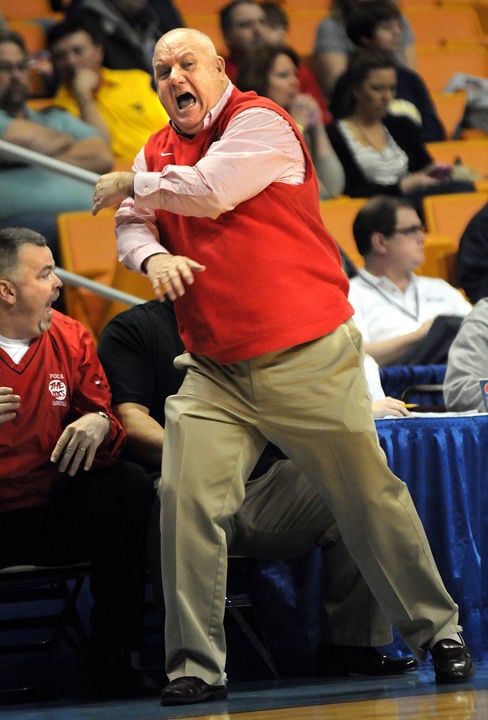 Allen Osborne has directed Poca to a pair of Class AA state basketball championships and has won 667 games in 40 seasons with the Dots. 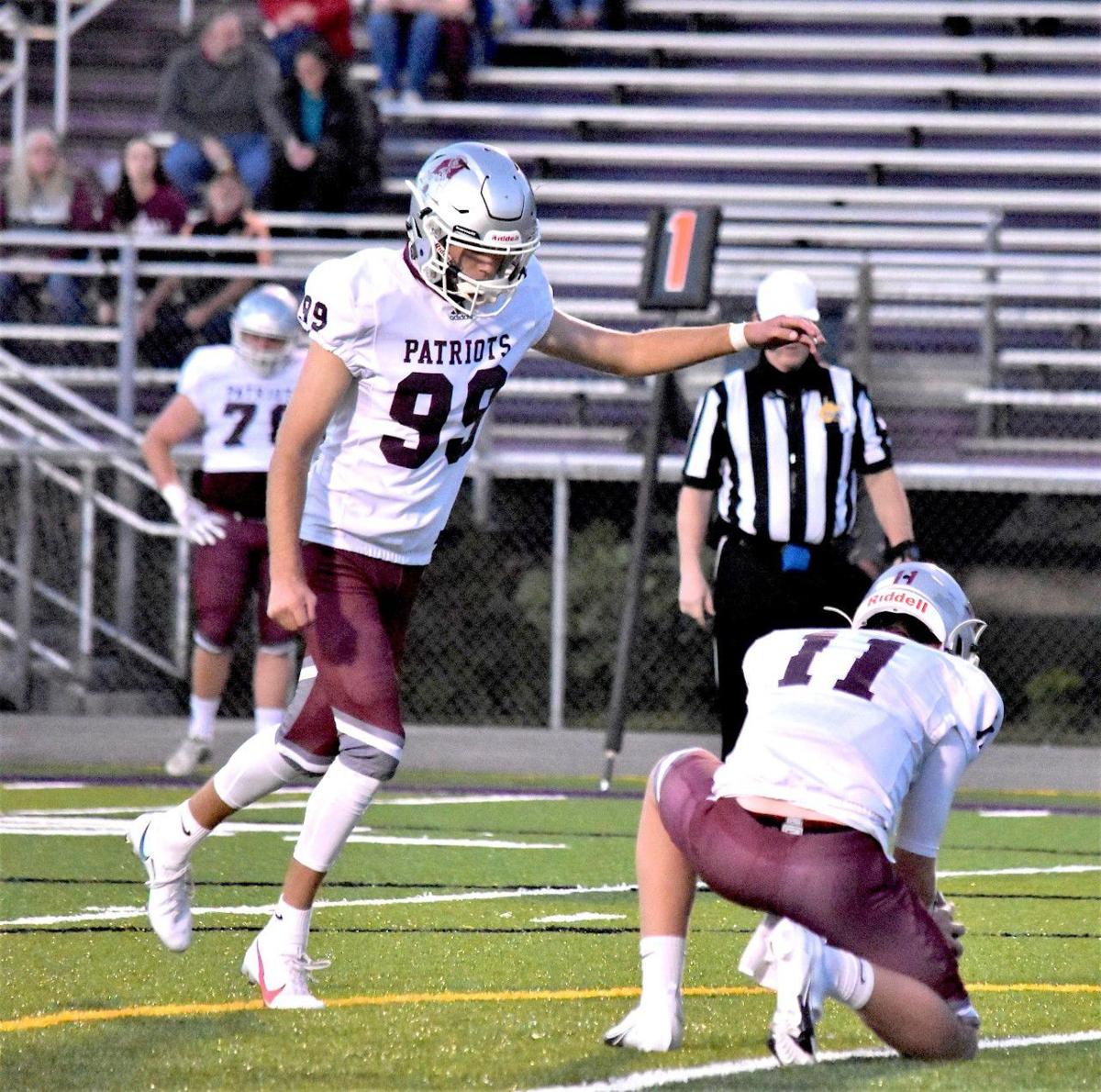 George Washington kicker Michael Hughes signed with Appalachian State and is expected to handle kickoffs, field goals and extra points for the Mountaineers.

Allen Osborne has directed Poca to a pair of Class AA state basketball championships and has won 667 games in 40 seasons with the Dots.

George Washington kicker Michael Hughes signed with Appalachian State and is expected to handle kickoffs, field goals and extra points for the Mountaineers.

A few disjointed thoughts as state prep sports heads into its final month of inactivity:

n Poca nearly joined the five schools that decided to “opt up’’ and switch their boys programs from Class AA to AAA for the West Virginia’s two-year trial run of four classes in basketball.

Dots coach Allen Osborne said he was considering the move, which had already been done by Midland Trail, Notre Dame, Trinity, Westside and Wheeling Central. But Osborne originally thought the decision meant that both the boys and girls programs at those schools needed to play up a classification.

“We talked about doing it,’’ Osborne said. “We didn’t do it because we didn’t know if our girls would have wanted it. We could have done it.’’

Later, Osborne found out that it wasn’t necessary for both the boys and girls programs to move up; one could go without the other. However, by that time it was too late to declare.

As it was, Poca remained in Class AA along with Chapmanville, while the other seven teams in the Cardinal Conference were all reclassified as AAA in the new system.

n For four years, Michael Hughes was a dominant place-kicker and punter at George Washington, skills that earned him a full ride when he signed Dec. 17 with Appalachian State.

He not only could drill kickoffs into the end zone for touchbacks (21 of 25 this season) and boot field goals of 47 and 42 yards, but also displayed a nice touch with punts. On 46 punts over the past two seasons, he averaged 40 yards, none were blocked and only three of them went into the end zone for touchbacks — pinning opponents deep in their own end. Fourteen of those were downed inside the 20.

Hughes was asked if he was more satisfied with his power or precision.

Hughes expects to handle kickoffs, field goals and extra points with the Mountaineers, leaving behind his punting skills.

“It might be too much at that level,’’ Hughes said of doing all the kicking in college. “It’s different. A lot of games are long, the season is longer. You really have to have endurance, especially when you’re not working both legs — you’re just using your main leg. It’s definitely not something that I’m not capable of doing — it’s just that I was recruited as a kicker, and I’m happy with it. I’d rather kick in college than punt, but it’s not that I’m opposed to it.’’

n Poca lost a Kennedy Award winner in running back Ethan Payne, who signed with Marshall’s football program on Dec. 16, but the Dots are still expecting to get the ground game going next fall.

That’s because they return all five starters on their offensive line — Gabe Keech, A.J. Dunbar, TD May, Jacob Pringle and Jack Tusing. In all, the Class AA Dots will get back eight starters on offense and six on defense.

“As long as we stay healthy, we’re going to be able to run the ball,’’ said Poca coach Seth Ramsey.

As a side note, Poca’s lone loss this season was a 62-20 setback to Class AAA No. 1 playoff seed Cabell Midland, but the Dots did gain something from playing that game. Ramsey said Dunbar’s play improved immensely after facing the Knights.

“He had a great offseason last year,’’ Ramsey said, “but that game made a world of difference for A.J. Dunbar.’’

n The most difficult thing for winter sports athletes might not be the delay in getting their seasons started (practices can’t resume statewide until Jan. 11), but finding a place to work out and stay in shape since high school gyms are closed and no formal team practices are permitted.

“I’d definitely say it’s been pretty hard,’’ said GW’s Kalissa Lacy, the girls state player of the year last season, “but you have to look on the positive side of things. You can’t just sit around and wait for the time to play. You have to go out and get in the gym and get your individual work and try to get your teammates involved as well.

“Maybe text a teammate and say, ‘Hey, you want to go to the gym and shoot?’ Just find ways however you can.’’

“You can’t just sit around and wait for an opportunity,’’ Goins said. “You have to go out there and do it yourself or you’re not going to get any better.’’

n Charleston Catholic boys basketball coach Hunter Moles admits to still having a hangover from the way last season — his first with the Irish — ended, when they qualified for the Class A state tournament but never got to play due to COVID-19.

“Yeah, I’m hoping I can get over it some day,’’ Moles said, “but I’m still losing sleep over that one. It was definitely tough, having eight seniors and it being my first year. We had a really good start to building the program but that’s not the way we wanted it to go.

“Hopefully we can get back on the court because something we’re saying this year is ‘unfinished business.’ That’s what we have this year, playing for those eight seniors. We want to do everything we can to win a state championship, not just for ourselves, but for those eight guys.’’