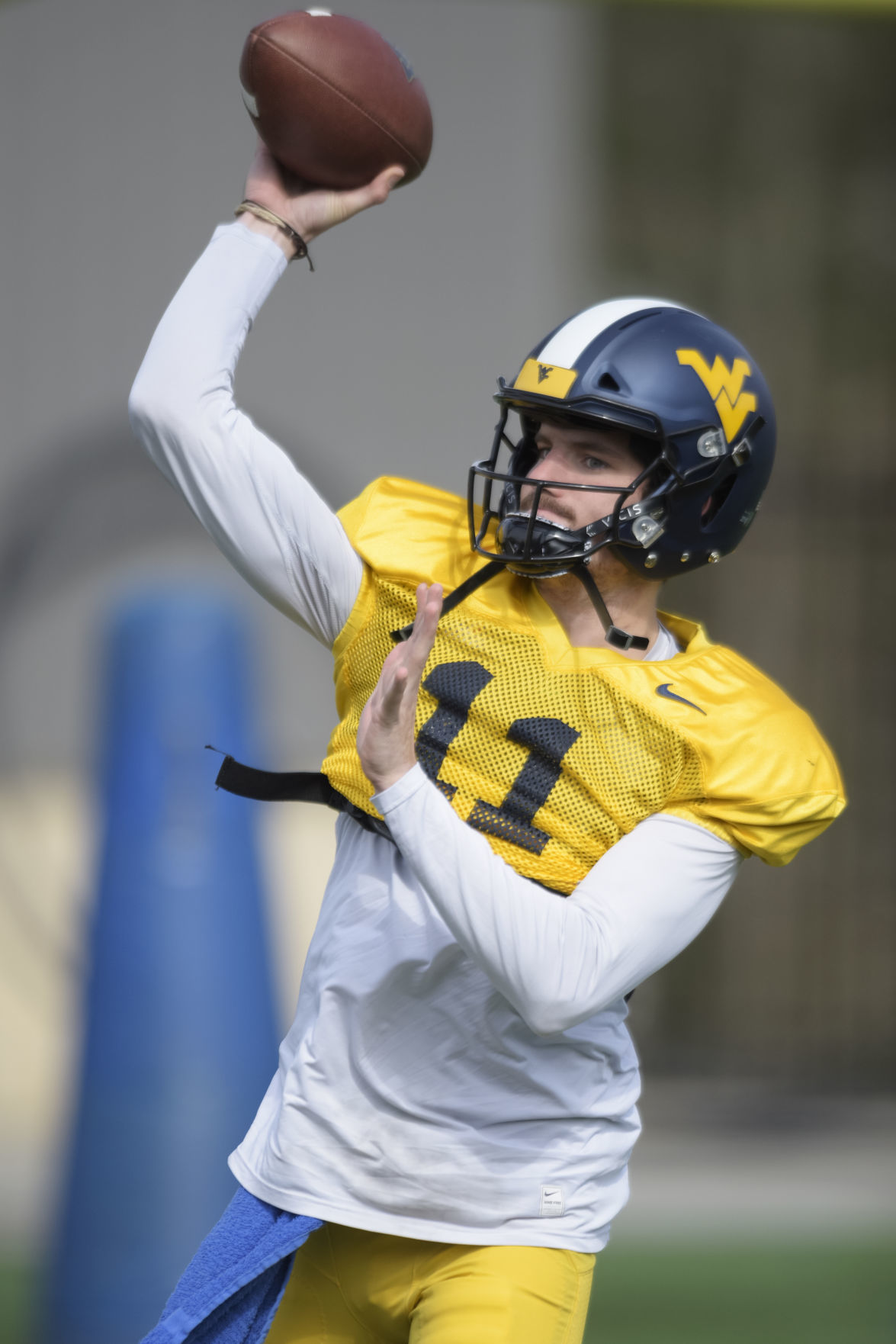 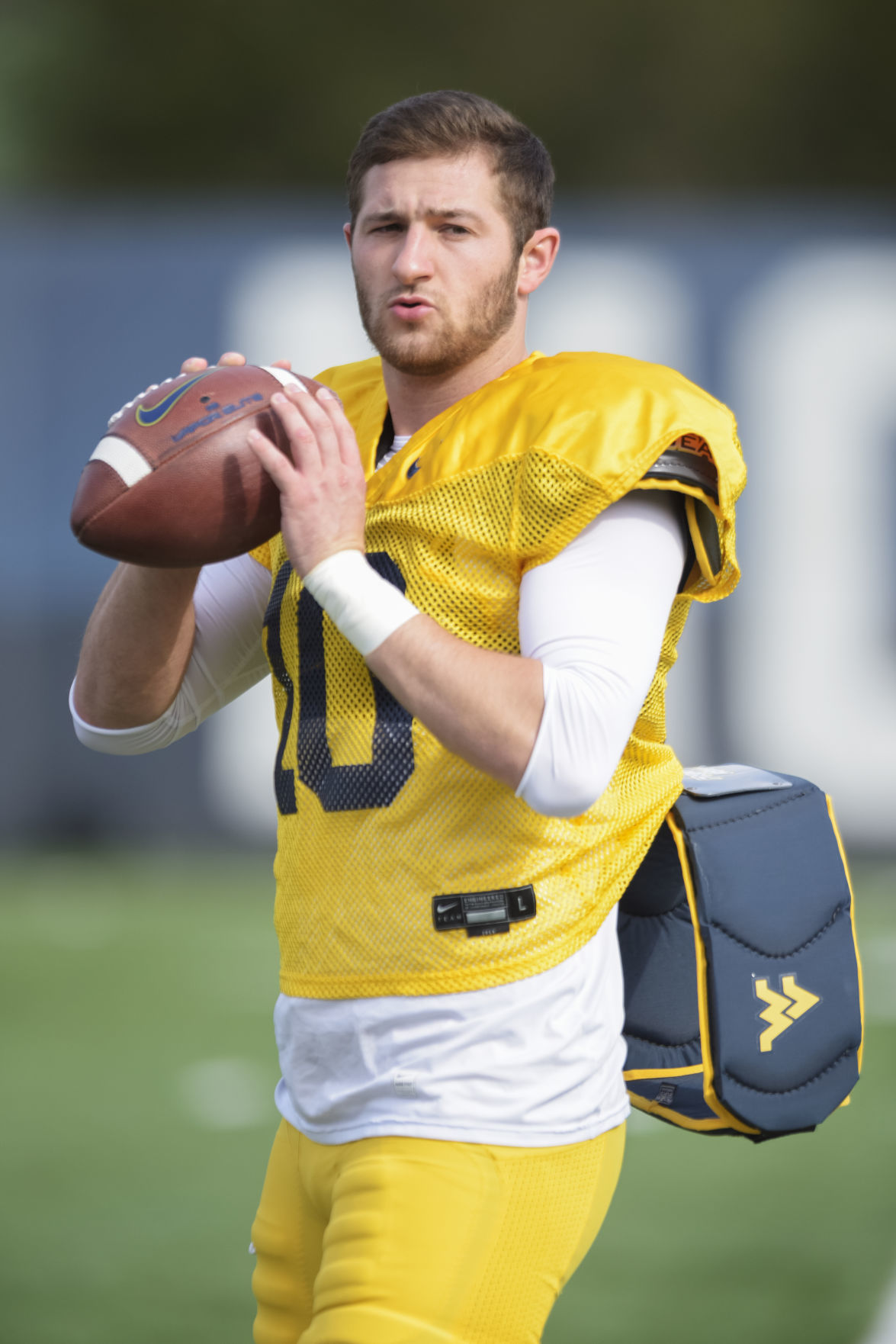 Austin Kendall will be given the chance to earn the starting QB job when WVU opens camp Friday. 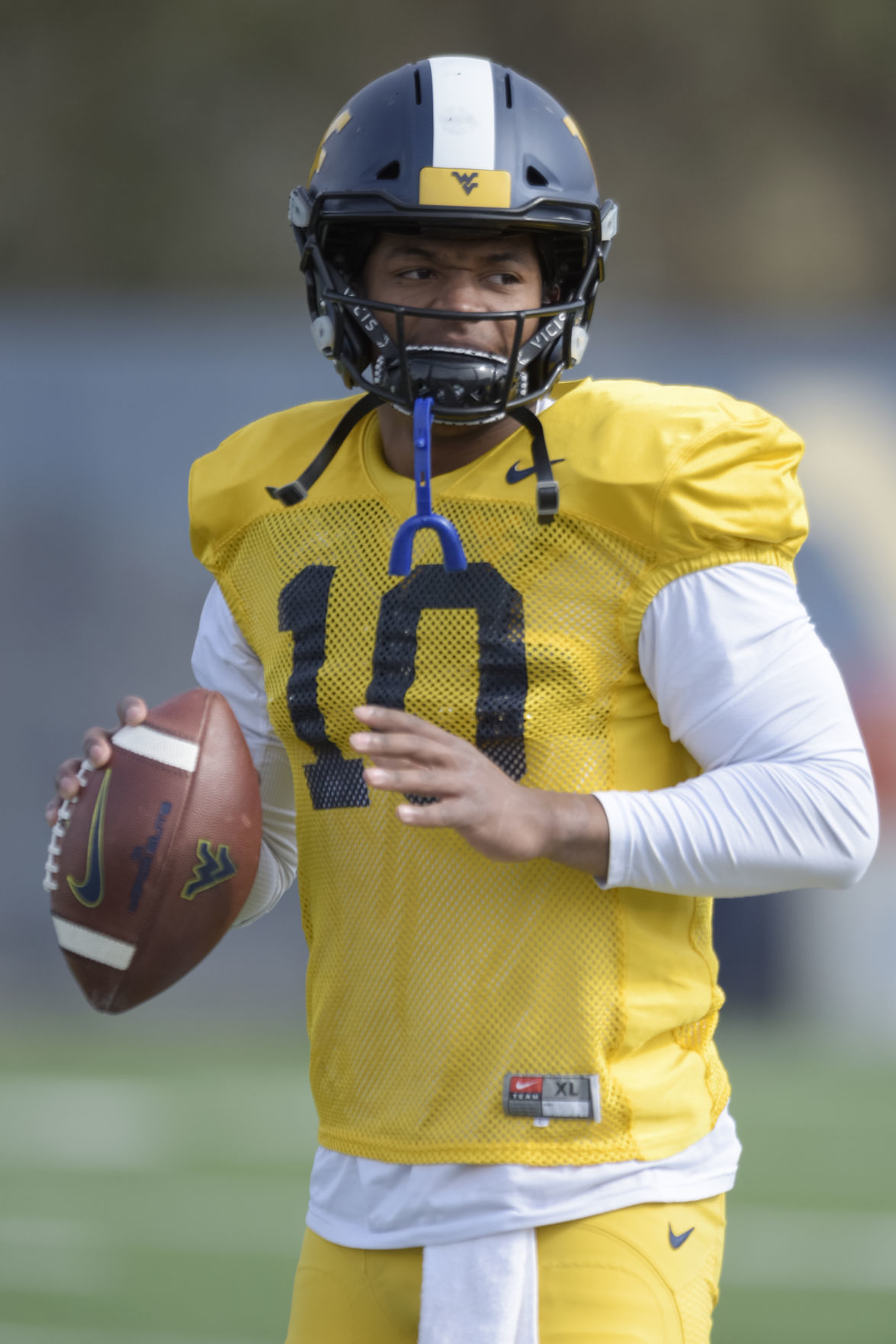 Redshirt freshman Trey Lowe is among the candidates for WVU's starting quarterback job.

Austin Kendall will be given the chance to earn the starting QB job when WVU opens camp Friday.

Redshirt freshman Trey Lowe is among the candidates for WVU's starting quarterback job.

If spring practice was for new West Virginia University football coach Neal Brown to get his feet wet, the 39-year-old Kentucky native is about to get thrown in the deep end of the pool.

Brown and the Mountaineers open fall camp for the 2019 season on Friday in Morgantown, and with the start of camp comes a need for answers to questions West Virginia has been facing — some since before Brown stepped foot on campus and some that have popped up since.

Most notably, WVU needs to find a way to replace the lost production that comes with the departure of quarterback Will Grier and receivers like Gary Jennings, David Sills and Marcus Simms.

This has been job No. 1 for Brown since his arrival, and while we may be closer to an answer than we were going into spring ball, the job of quarterback is still up for grabs among graduate transfer Austin Kendall, redshirt junior Jack Allison and redshirt freshman Trey Lowe.

Brown has been up front that he is fine with letting the quarterback competition go into fall camp, but now that the time is here someone is going to have to step up and take control of the top spot. If not, a season that many have tabbed as a time for rebuilding in Morgantown could turn into a humbling one. Kendall appeared to be the leader of that pack after spring practice, and Brown confirmed he was closer to naming a starter at the end of the spring than he was going into it, but until one of those three is named the starter, that decision looms over just about everything else as it relates to the 2019 West Virginia offense.

West Virginia’s backfield is stocked with capable and experienced running backs in seniors Kennedy McKoy and Martell Pettaway along with sophomores Leddie Brown and Alec Sinkfield, but if the quarterback can’t make the passing game go then opposing defenses can key on the run and limit what those players can do. That puts stress on the offensive line as well, with right guard Josh Sills and left tackle Colton McKivitz leading a group that showed improvement in the spring but is still trying to find its way behind those two.

Further complicating things is the need to identify receivers who can step in and make life easier for whomever the quarterback ends up being. If the line can protect and the quarterback can throw, someone capable is going to have to be on the receiving end of those passes.

T.J. Simmons is the leader of this group of receivers, and he is pretty good. There is some undeniable talent on the roster with players like Sam James and Bryce Wheaton, but those players are largely unproven. A healthy passing game makes for a healthy running game.

The word “if” was an important part of the previous paragraph, and I guess that’s a sign of just how much is yet to be decided when it comes to the West Virginia offense. The onus over the next few weeks will be on Brown and quarterbacks coach Sean Reagan to identify “the guy” and start moving the offense forward with him — whoever it is — at the helm.

The Big 12, despite all the recent turnover in the coaching ranks, is and will continue to be a quarterback league for the foreseeable future. The path to building the Mountaineers into a contender in Brown’s image begins with finding his first West Virginia quarterback, or else we could be having a very similar conversation at this time next year.

The defense has its fair share of questions as well. The line has experience and talent in players like Reese Donahue, Dante Stills, Darius Stills and Taijh Alston, but there is a lack of depth behind those guys up front.

The linebackers will have to replace the heart of the 2018 West Virginia defense with the departure of David Long, last season’s Big 12 Defensive Player of the Year. This is another group that has talent and some experience, but remains mostly unproven. Alabama transfer VanDarius Cowan is listed as the starter at bandit, while Josh Chandler tops the current depth chart at Will with former Bridgeport High star Dylan Tonkery — who has battled injuries most of his college career — on top at middle linebacker. Behind them are guys like Shea Campbell and Zach Sandwisch, who have both seen the field in the past but haven’t really had a breakthrough yet.

The secondary ... well the secondary is a fascinating group going into 2019 for WVU. The Mountaineers have been hit by the high-profile entry into the transfer portal of All-Big 12 safety Kenny Robinson. Ditto that for former South Charleston High star Derrek Pitts and his exit and eventual arrival at Marshall. JoVanni Stewart moving from linebacker to the spear position should help this group. Seniors cornerbacks Keith Washington and Hakeem Bailey have both started plenty of games for the Mountaineers, as has senior Josh Norwood, who is making the move from corner to safety.

Juniors Dante Bonamico, another one of the standouts on those awesome Bridgeport High teams that were so dominant a few years ago, and Jake Long are both listed as possibilities at free safety. Both have played plenty — appearing in a combined 29 games — but neither has started a game for WVU before.

That is all my very long-winded way of saying that for as much as we know about the Mountaineers going into the 2019 season, there is so much more that still needs to be determined. When the team takes whatever form it takes when the games get going later this month, patience will almost certainly be required.