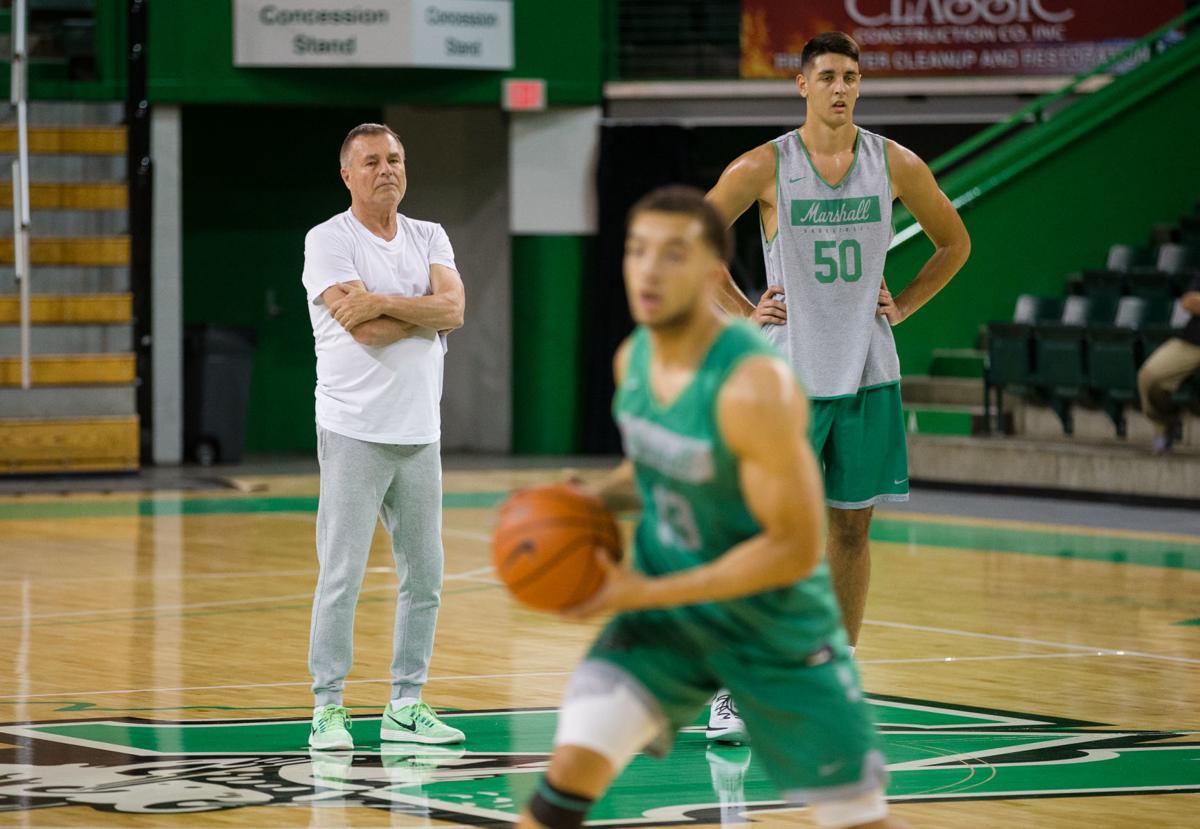 Marshall coach Dan D’Antoni (left) stands with freshman Goran Miladinovic as players work through drills during the Herd’s first official team practice of the season on Sept. 26 at the Cam Henderson Center. 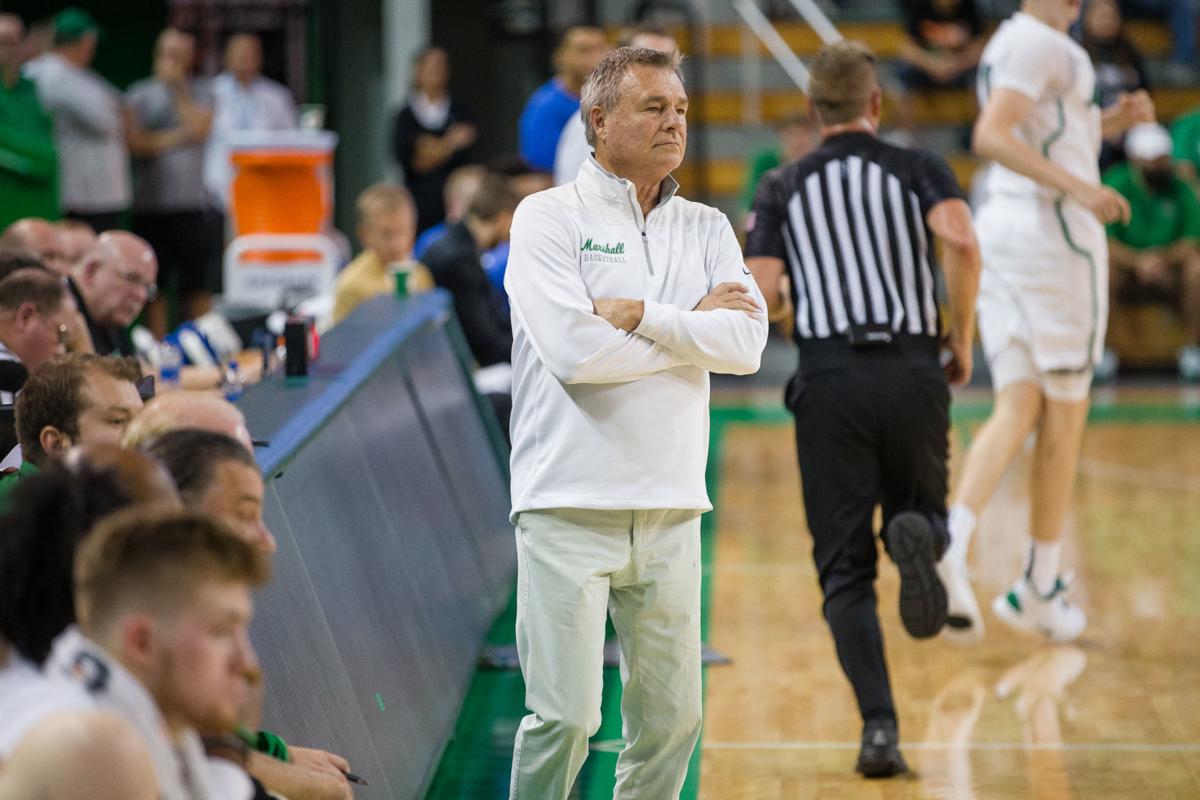 Marshall head coach Dan D’Antoni looks on from the sideline as the Herd takes on Glenville State during an exhibition game on Tuesday at the Cam Henderson Center in Huntington.

Marshall coach Dan D’Antoni (left) stands with freshman Goran Miladinovic as players work through drills during the Herd’s first official team practice of the season on Sept. 26 at the Cam Henderson Center.

Marshall head coach Dan D’Antoni looks on from the sideline as the Herd takes on Glenville State during an exhibition game on Tuesday at the Cam Henderson Center in Huntington.

HUNTINGTON – Marshall head coach Dan D’Antoni isn’t one for looking too far into the future.

Perhaps, that is what has made D’Antoni successful during his tenure as the Thundering Herd’s head men’s basketball coach.

As Marshall turns the page from non-conference play to action within Conference USA, the process is not changing for D’Antoni.

“I’ve never been smart enough to figure out what the future holds,” D’Antoni said. “I plan day-by-day and tell them we’re going to work hard every day. It doesn’t matter who shows up. It doesn’t matter whether it’s the biggest game in the NCAA tournament or the first game of the season, I expect your best. Go out there and give me what you’ve got.”

Over the last two weeks, Marshall has started to take the shape that D’Antoni envisioned at the start of the season.

Marshall struggled to a 3-6 start early, but the addition of freshman guard Andrew Taylor has provided a boost that has instantly paid dividends.

The Herd is 3-1 in its last four games with the lone loss being an 88-80 setback to a Northern Iowa team that D’Antoni feels is top-25 caliber.

Those three wins include Sunday’s 83-61 win over Duquesne in which the Herd started well and finished stronger en route to the win.

Jarrod West finished with 22 points and grabbed Conference USA player of the week honors while Darius George scored 19 points and tied for team-best with eight rebounds.

More importantly, the defensive lulls that had plagued the Herd in close losses never surfaced as the team remained consistent throughout the 40 minute at Rocket Mortgage FieldHouse in Cleveland as part of the Cleveland Classic.

“We just had periods where we had beat ourselves, but I think that was the first complete game where we had a chance to where we took it all the way out and, in the end, we were the stronger team and added to a lead and didn’t let them take away from it,” D’Antoni said.

On Thursday, Marshall starts its 2019-20 Conference USA slate against Rice at 7 p.m. at the Cam Henderson Center.

The Owls are a team that defeated Marshall, 74-69, in Houston last season. It was part of a stretch in which the Herd lost four straight in conference play.

Marshall is looking to start conference play strong this season with a home-stand against Rice and North Texas on Saturday afternoon, but D’Antoni said the formula for success does not change simply because the implications of games do.

For Taylor and freshman center Gordan Miladinovic – the C-USA Freshman of the Week after an eight-point, eight-rebound performance — it will be their first venture into conference action.

D’Antoni said the objectives remain the same – to win a league title at season’s end – and that there is only one way to get there: by combining hard work and execution.

“There’s no one dominating the league, but the league is good…,” D’Antoni said. “Our work is cut out for us this year.”

Rice (8-5) is coming to Huntington off a 75-61 loss to Sam Houston State in its non-conference finale.

Following Thursday night’s game, the Herd has a quick turnaround as North Texas comes to the Cam Henderson Center for a 2 p.m. contest on Saturday.