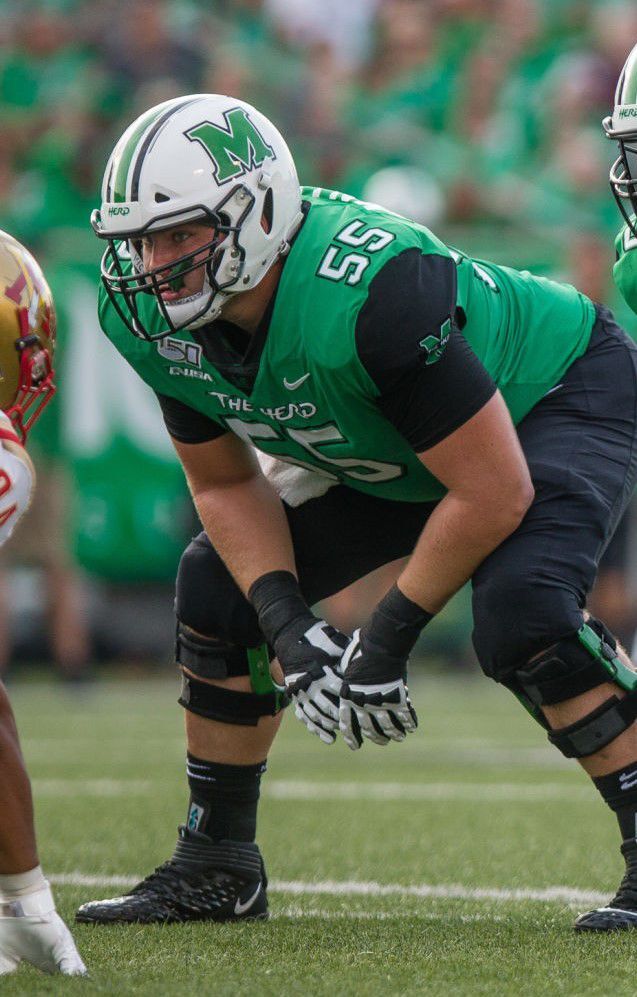 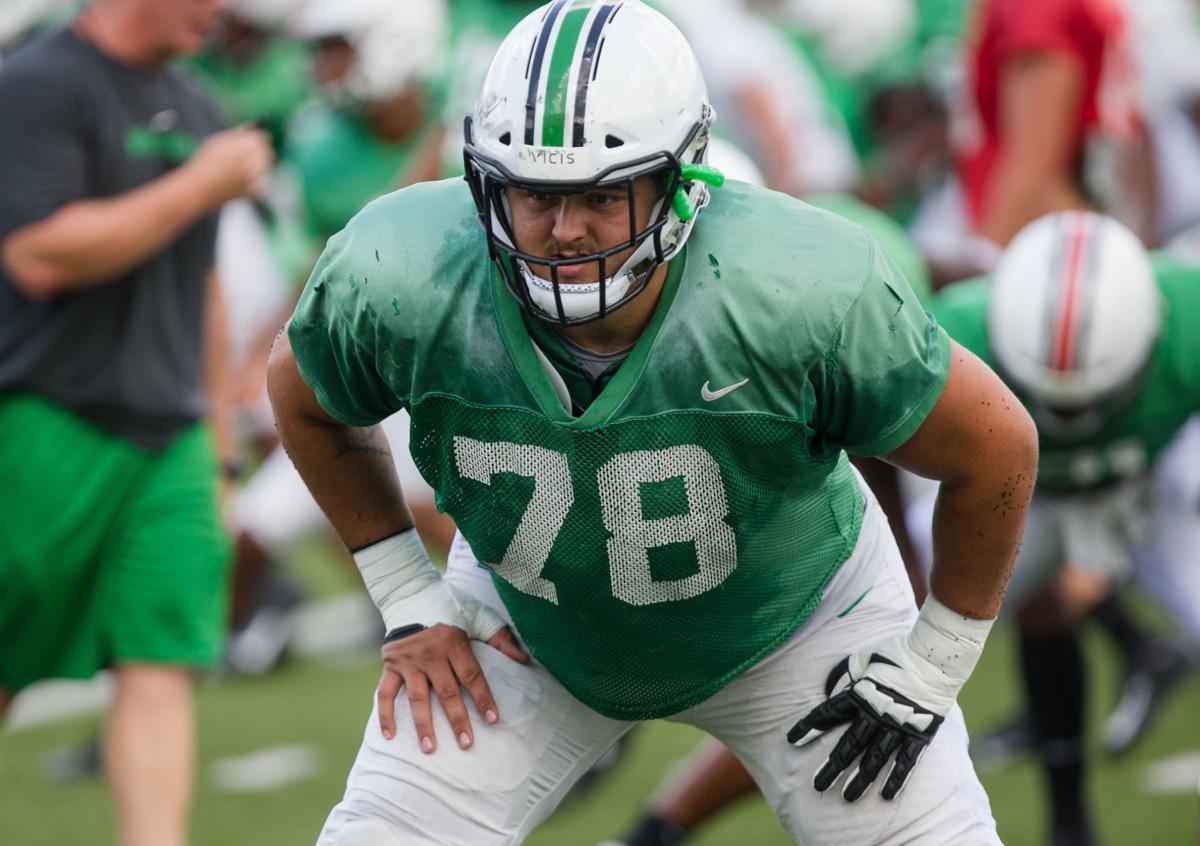 EDITOR’S NOTE: HD Media counts down the 10 most important players on the 2020 roster.

HUNTINGTON — As Marshall football looks to the 2020 season, it is blessed with a wealth of experience along the offensive line.

However, there is one gaping exclusion that no one can ignore: the void left at center following the graduation of four-year starter Levi Brown.

Brown’s replacement becomes a central figure among the offense and has become what is known as the “Alex factor.”

On one hand is Alex Salguero, a senior who has patiently waited his turn while learning under Brown throughout the last few seasons.

Salguero is a 6-foot-4, 325-pound redshirt senior from Bradenton, Florida, who not many know of because of Brown’s consistency in playing the center spot over the last four years.

However, Salguero has seen action in 22 games, including all 13 games of the 2019 season.

For Marshall’s offensive line, Salguero stepping into the center position presents the most flexibility, which certainly makes him one of the team’s most important players leading into the season.

“Alex Salguero has to step up, and he’s having a great offseason,” Cramsey said. “In a perfect world, he’s at center and nothing else has to change, you know?”

Of the “Alex factor,” Salguero is the vital piece because his emergence dictates everything around him.

The other component of the “Alex factor” is Alex Mollette, a veteran player with 29 games of vital experience, which includes starting 13 games at left guard last season.

Mollette also has taken repetitions at center, and his experience and knowledge of the system within game-speed scenarios gives him an advantage if the team should need him there.

“Guys say it all the time: One of the things you can’t coach is experience — and Salguero doesn’t have a whole lot of it, but he’s done a great job for us whenever he was in,” Cramsey said. “Obviously, you’ve got to plan, and we’ve got Mollette and a couple guys that could step in there. In the offensive line, you have guys who can play different positions.”

Mollette is sure to be a starter, but where along the offensive line largely depends on what Salguero does.

If Salguero is able to earn the start at center, it maintains a three- or four-man rotation at the tackle spots with Will Ulmer, Josh Ball, Tarik Adams and Dalton Tucker.

If Salguero doesn’t make that leap into the starting role and the team feels more comfortable with Mollette there, it means a shift to the left side of the line with Mollette moving to center, Ulmer shifting inside to left guard and Ball as the primary left tackle.

The right side would again be right guard Cain Madden and right tackle Adams, but Tucker would have to back up each tackle spot and Zack Ferris would be a primary interior backup at all three positions.