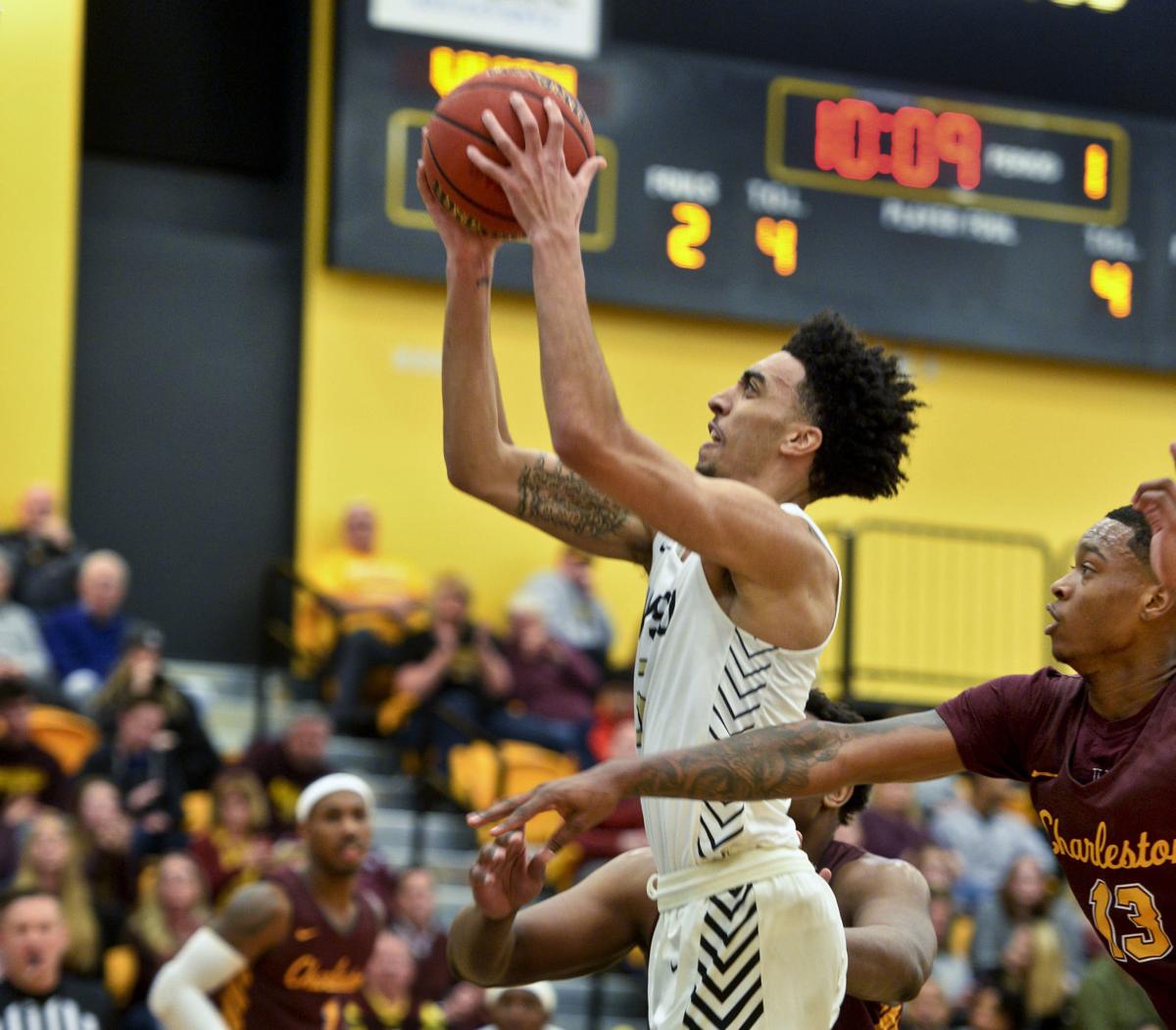 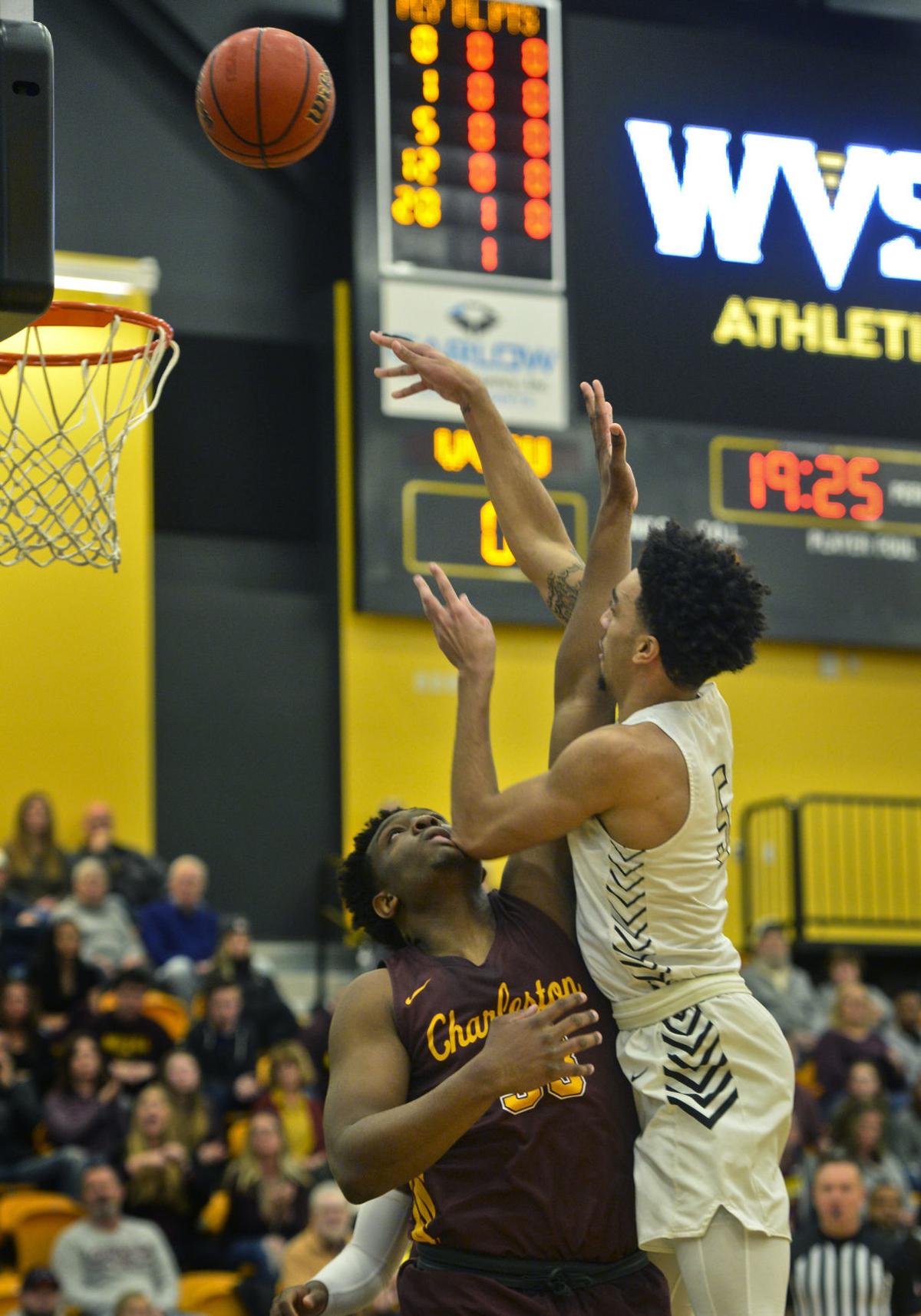 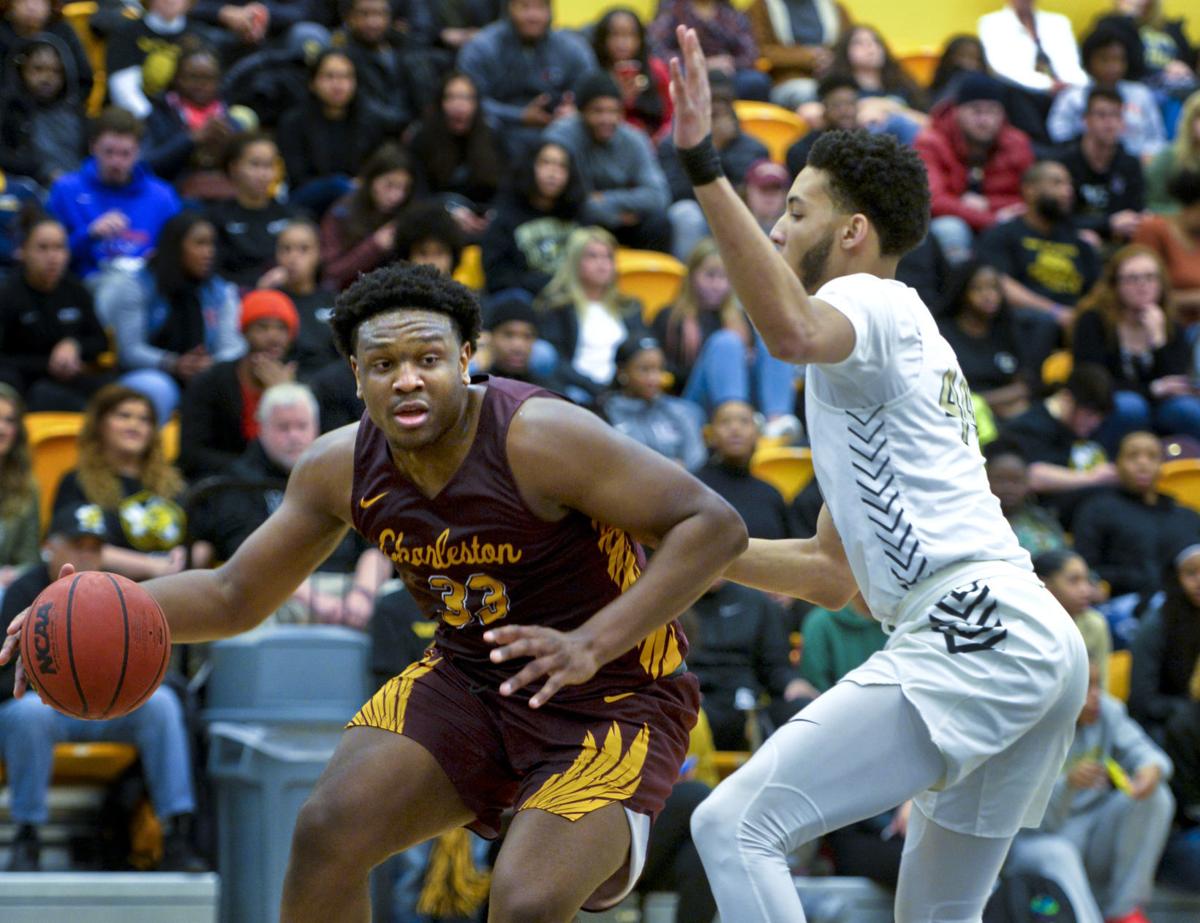 There was much more on the line that the usual bragging rights for the West Virginia State and University of Charleston’s men’s basketball teams for their “Kanawha River Rivalry” matchup on Sunday.

Neither team disappointed in front a packed house of 1,007 with the game coming down to the wire but in the end, Jeremiah Moore, Glen Abram and State made enough plays to earn a 74-72 victory over UC at the Walker Convocation Center in Institute.

The game was broadcast on AT&T SportsNet Pittsburgh, which reaches approximately three million homes over five different states, and both UC and WVSU were in the top three of the Mountain East Conference.

With the victory, WVSU has won seven of eight games and improve to 13-4 overall and 8-3 in league play, tied for third place with Fairmont State and Glenville State.

The loss snapped the Golden Eagles’ 10-game winning streak. UC (15-3, 9-3) moves out of a tie for first place in the MEC with West Liberty, dropping them into second place.

“To beat UC, that’s a big win for us in front of a great crowd,” State coach Bryan Poore said. “UC or West Liberty, they are the two best teams. The atmosphere was great and it was a fun game. This will hopefully be a momentum builder for us.”

“It’s a big win for us,” said Abram, who offensively and defensively, made several huge plays down the stretch for State. “[UC] were at the top of the league right now, so this was huge to get our confidence back. We played as a team and slugged it out at the end.”

With the Golden Eagles leading 70-67, Abram hit a long range 3-pointer from distance for WVSU to tie the game with just under one minute to play in the game.

“When we went down 3, everybody looked down, and then Glen hit the big shot,” Poore said. “That got it back tied up, which gave us life again. Then it was a possession game. In the first half, he didn’t shoot it very well. He made a big shot when he needed to.”

“That was a big 3,” Abram said. “That gave us life. Coach did a good job of calling a good play and our point guard Michal [Seals] executed it great. I was just ready to shoot and it was a big shot for us.”

Drew Rackley made a pair of free throws to give UC a 72-70 lead with 43.7 left. On the next Yellow Jacket possession, Abram was fouled and made one free throw to cut the deficit to just one with 32.8 remaining.

On the ensuing Golden Eagle possession, Abram forced a turnover, collected a steal, and then raced in for a go-ahead layup to give the Yellow Jackets a 73-72 lead with 25 seconds left.

With seven seconds left, Rackley tried to enter the paint but with Abram defending him, Seals helped out and the two forced another key turnover for WVSU. Frank Agyemang hit one free throw with 2.4 left to give the Yellow Jackets a two-point lead and UC couldn’t get off a final shot.

“That was the biggest play of the night for me and us as a team,” Abram said. “That defensive play sealed the game for us. We aren’t known for our defense but we just had to dig deep, show some grit and heart, and pull it out.”

Abram was happy to be able to deliver both offensively and defensively for State in the closing moments for the huge win over their rival.

“I’m proud of myself,” Abram said. “It’s not just me. My teammates and coaches put me in positions to be the best player possible. I made plays and that is what they look for me to do.”

Moore led the way for State, scoring 28 points and grabbed eight rebounds. Abram finished with 19 points, and they were joined in double figures by Agyemang (10 points), and former Capital standout Anthony Pittman (11 points and eight boards).

UC coach Dwaine Osborne was disappointed in the loss and the 10-game winning streak being over, but proud to be a part of such a great environment between the two rivals.

“Abram hit a big 3 and made some big plays,” Osborne said. “He’s a really good player. You have to tip your cap to them. Their defense was huge and I don’t think we handled ourselves very well in the final two minutes. We just didn’t execute very well at the end, and I told them that was on me.

“The atmosphere was phenomenal. The fans were great. It was really fun and was probably the first time since I’ve been here that I know a few of their players. It was fun to interact with them in a tense environment and just smile and laugh a bit.”