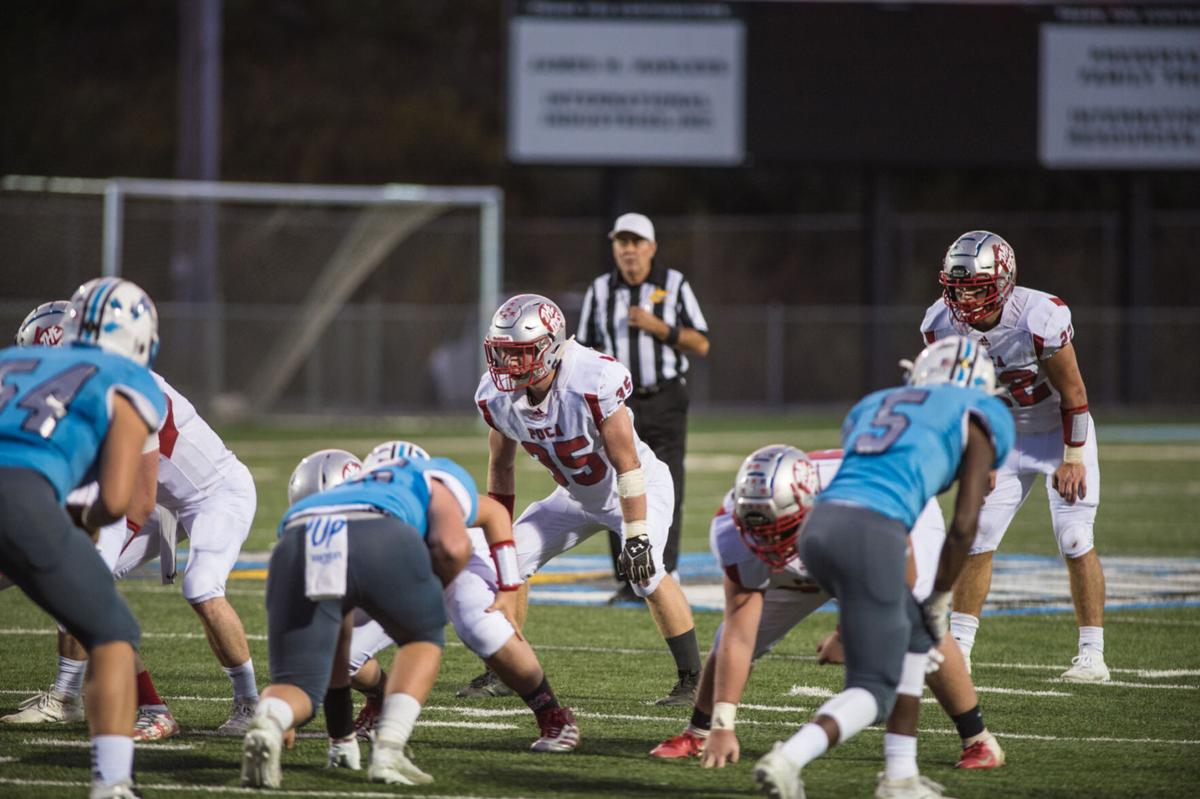 Middle linebacker Dillon Taylor (35), in his senior season at Poca, led the team with 78 total tackles, including 15 for lost yardage. 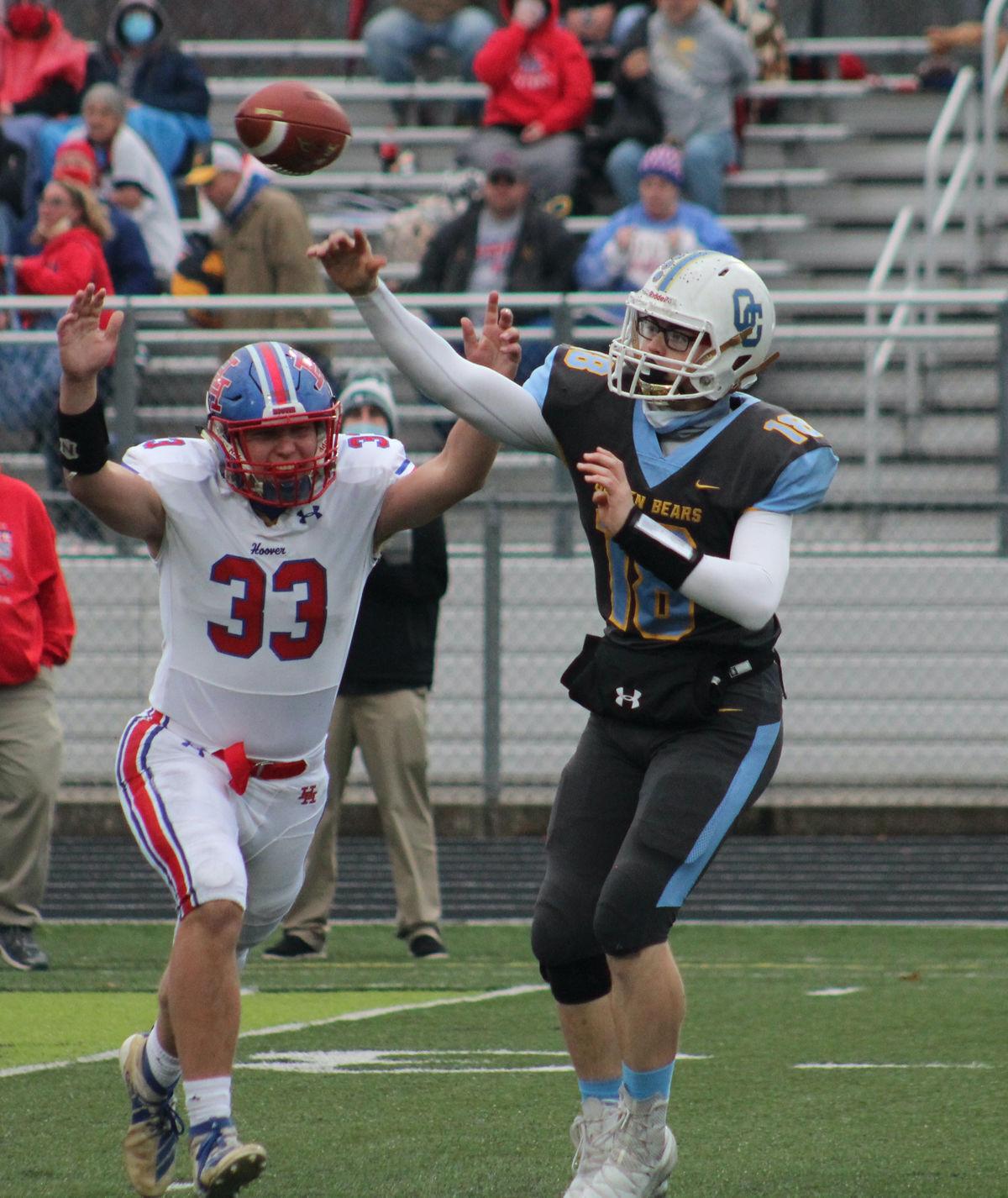 Middle linebacker Dillon Taylor (35), in his senior season at Poca, led the team with 78 total tackles, including 15 for lost yardage.

Taylor (6-foot-1, 205 pounds) had 78 tackles in five games for the Dots this season, 15 of which resulted in lost yardage, and he forced four fumbles. Taylor also caught a touchdown pass in a win at Wheeling Central.

Chapman (6-5, 235) helped the Huskies turn in a 6-3 record and gain their first Class AA playoff berth in five years. During Hoover’s 34-33 first-round win at Liberty Raleigh, Chapman had two quarterback sacks and two fumble recoveries in the second half alone.

Pennington said 26 of his 40 commitments carried grade-point averages of 3.0 or better. The other signee was Liam Reed, a transfer from The Citadel.