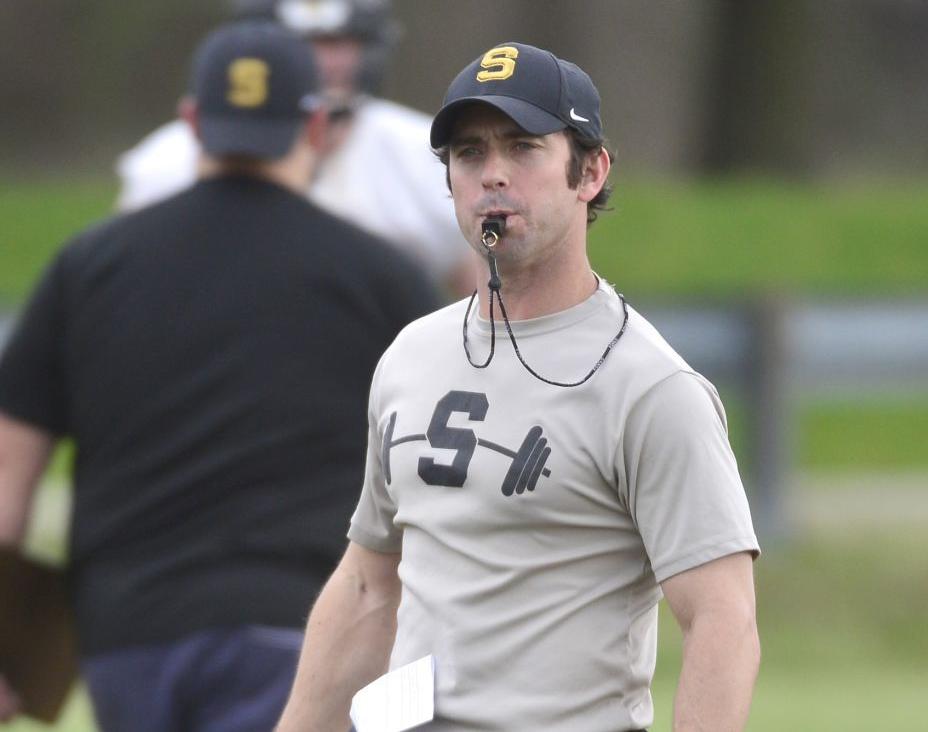 College football is a spectacle. Every Saturday in the fall, teams across the United States pad up and take the field, ready to compete in front of hundreds of thousands of fans.

What fans see on game day, though, is the tip of the iceberg in terms of the amount of overall work it takes to field a college level football team.

Running a college football program is tough and requires a lot of logistics. With the combination of players, coaches, trainers and equipment managers, there are hundreds of moving parts involved in producing a field-worthy team.

The coronavirus pandemic has thwarted usual football operations due to social distancing guidelines. Practices are canceled. Gyms are closed. Classes are online. It is difficult to operate a football team with such restrictions because players can’t get repetitions, meet with coaches face to face or work out at a normal gym.

For the Mountain East Conference, an NCAA Division II conference that doesn’t have as large a budget as Division I conferences, coaches have to do more with less. West Virginia State coach John Pennington said he has to wear many hats as a Division II football coach during the pandemic, but he doesn’t look at that as a bad thing.

“I don’t think of it as a challenge and, if I do, I accept it,” Pennington said. “We’re trying to find the positives in this. I get to have closer relationships with my players. We don’t have academic counselors that can walk our players through. We have to get them tutored. It’s an opportunity to help that young man, connect with him.”

“We’ve got to do it all,” Kirkland said. “We’re strength coaches, we’re football coaches, we’re recruiters, we’re academic counselors and we’re also ambassadors for the university. Our jobs have stepped up drastically.”

“Our plan as a coaching staff [when the pandemic happened] was try to continue on like we normally would, other than the actual practices, with a higher emphasis placed on academics,” Pennington said. “Our position coaches would meet with each player three times a week. Two times a week [it was] strictly academics and mental health. The third meeting was all football. The goal was to [keep players] engaged.”

Kirkland said going virtual coaching was a challenge for his team, but he had a plan in place to make sure players don’t miss a beat.

“On occasion, we’ll try to have an offensive and defensive Zoom meeting,” Kirkland said. “At the same time, the position coaches have been meeting via Zoom at least two times a week. Those Zoom calls are more geared toward academic endeavors and to make sure they’re doing the right thing and that they’re working out. We put logistics in place where the assistant coaches and myself [make] these kids check in every day.”

Pennington emphasized to his staff the importance of not only coaching players, but also educating them and providing value to their lives. He used some unique methods to do so, too, by inviting an array of special guests to the team’s Zoom meetings.

“We brought in Dennis Gardeck, who plays in the NFL and played at West Virginia State,” Pennington said. “He spoke to the team. We had receiver DaMarkus Lodge, who plays for the Bengals, speak to our receivers.”

“They’re enjoying the meetings,” Pennington said. “We play Kahoot games. We had a poll [to see] who was better, Michael Jordan or LeBron James. We’re trying to provide some competition, trying to have fun.”

Zoom meetings have been a good way for people to virtually meet in large groups. In football, though, there’s still an overwhelming disadvantage as a result of the pandemic: players can’t get physical repetitions like they usually would. Kirkland talked about the challenges of not being able to practice.

“It drastically drains your practice plans and meetings,” Kirkland said. “The quarterback [not throwing to] receivers [is a] challenge. Hopefully, we can all get back into camp in August.”

Being a high-contact sport, strength and conditioning are vital aspects of football. However, facilities that players would normally use to work out are closed. Both Pennington and Kirkland said gym closures are an obstacle, but they have workout plans for their players to do at home.

“It’s like ‘Rocky IV,’” Pennington said. “I’ve got a quarterback who’s doing chin-ups off his tree outside his house. We have a running back who was doing overhead presses with a log. You have to get creative. Our strength coach does an outstanding job.”

“I’m blessed to have a great strength and conditioning coach in Conner Freeland,” Kirkland said. “He [has] educated these guys on things they can do within their house if they can’t get to their high school or gym. We all have to adapt and adjust. If it comes to just doing push-ups or sit-ups in your house, do it. Then go run outside.”

Pennington said he’s even implemented weekly fitness challenges, such as a timed one-mile run or a timed burpee (workout routine). He said he made the challenges particularly difficult to provide the players with a sense of motivation and competition.

“They would message me with their times,” Pennington said. “That gets them competing. I wanted them to get challenged. I wanted them to dread that workout and overcome it. Sometimes you don’t beat your times and get pissed off.”

Both coaches are ready to get back to work. Kirkland said in his 21 years of coaching college football, he thought he had seen it all, until now. He talked about his coaching staff and its good work and he is geared toward the future — one where he can get his players back on the field.

“I’m blessed that I have an awesome assistant coaching staff that is putting these kids in a position to be successful,” Kirkland said. “I’m happy and encouraged that, if we start on time, these kids have worked hard and they deserve a season and I’m hopeful that they get one.”