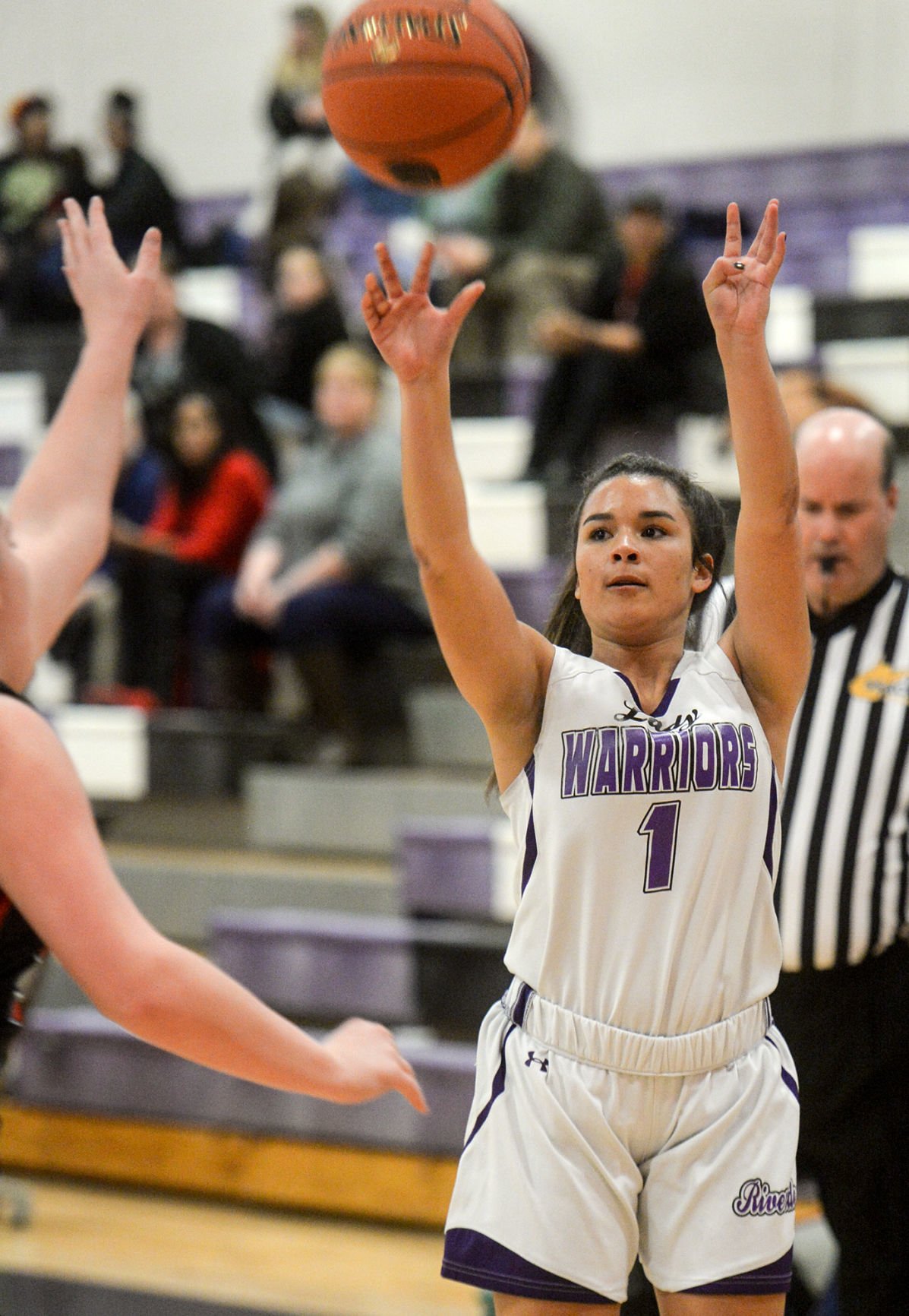 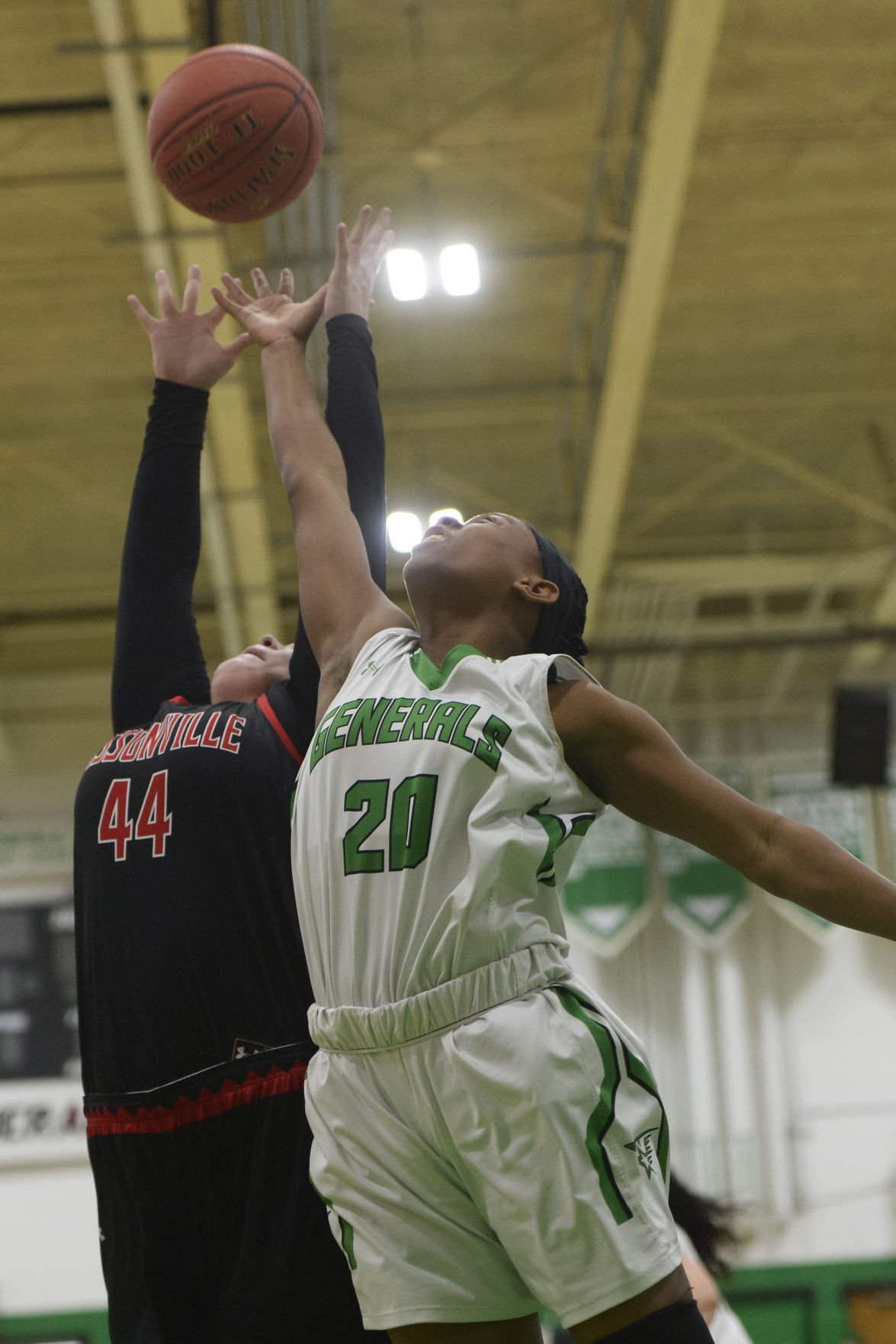 Winfield’s ZZ Russell (20) and Sissonville’s Sydney Farmer go up for a rebound during a February 20, 2019, game at Winfield. Russell will play at West Virginia State University next season.

Winfield’s ZZ Russell (20) and Sissonville’s Sydney Farmer go up for a rebound during a February 20, 2019, game at Winfield. Russell will play at West Virginia State University next season.

But perhaps this signing class may change that.

Winfield point guard ZZ Russell and Riverside point guard Jasmine Symns each will join the program next year after capping All-State caliber careers at their respective schools, where each was a four-year starter.

Under coach Charles Marshall who is entering his fifth season at the helm, only former St. Albans standout Alli Johnson played for the program. Johnson, who battled injuries during her first two years with the Yellow Jackets, is no longer with the team.

In Russell and Symns, State landed a pair of players that have been staples in the area basketball scene for the last four years. The supremely athletic Russell and the cerebral, streaky-shooting Symns could help provide a shot in the arm for a team that went 10-20 last year, while driving up area interest as well.

“I think we were blessed that we could get both of them,” Marshall said. “They’re two totally different players. Getting Jasmine in here at the college level, being with us is only going to make her better. She’s always been the go-to player at her school and it’s going to be a challenge for her [to rely on teammates] and it’s going to be different.

“As far as ZZ goes, I think she potentially has star capabilities. She’s going to come in and work extremely hard, but she has the potential to be an impact player for us right away.”

Russell was a Class AA All-State first-team selection as both a freshman and a senior in leading the Generals to the state semifinals in each of those seasons. In what turned out to be her last prep game, Russell broke the Class AA state tournament single-game record with 41 points as the Generals pounded Westside 81-38. The state tournament was suspended and eventually canceled.

It was a different kind of high school journey for Symns, who leaves Riverside as the program’s all-time leading scorer, but got there in relative anonymity. The Warriors struggled in each of Symns’ four years and the majority of the scoring burden was on her shoulders from the time she stepped on campus in Quincy.

“Both of those young ladies come from great families,” Marshall said. “They’re going kids that will help build our program as well as continue to get better as players along the way.”

Whether or not the signings are a signal of more local recruiting in the future remains to be seen. Marshall stressed the importance of the area, but also said when it comes to recruiting, he isn’t geographically biased, instead looking for the best players available wherever that might be.

“I look everywhere, I don’t leave any stones unturned,” he said. “Obviously Charleston and the Valley is a huge area that we try to tap into.”

Despite entering next season without a senior and with losing a couple of players unexpectedly in the offseason, Marshall believes his team could be a sleeping giant next year, especially with the group of five incoming players that features Russell and Symns. But for now, Marshall is facing the same challenges that all other coaches are as the coronavirus pandemic stretches on.

“I’m on the phone 24/7,” Marshall said of keeping up with his team who are all home in different states across the country. “But for me, I just want everyone to be safe. We’ve got to do the right things to make sure everyone is protected.

“This kind of hits closer to home for me, I know some close family members that have had some loss due to this deal. You’ve just got to adapt and adjust to doing things in a different way. I feel sorry for our current players because at the end of the day we missed a lot of time, especially when it comes to developing for the upcoming season. It will come down to how well each individual has prepared on their own during this time.”