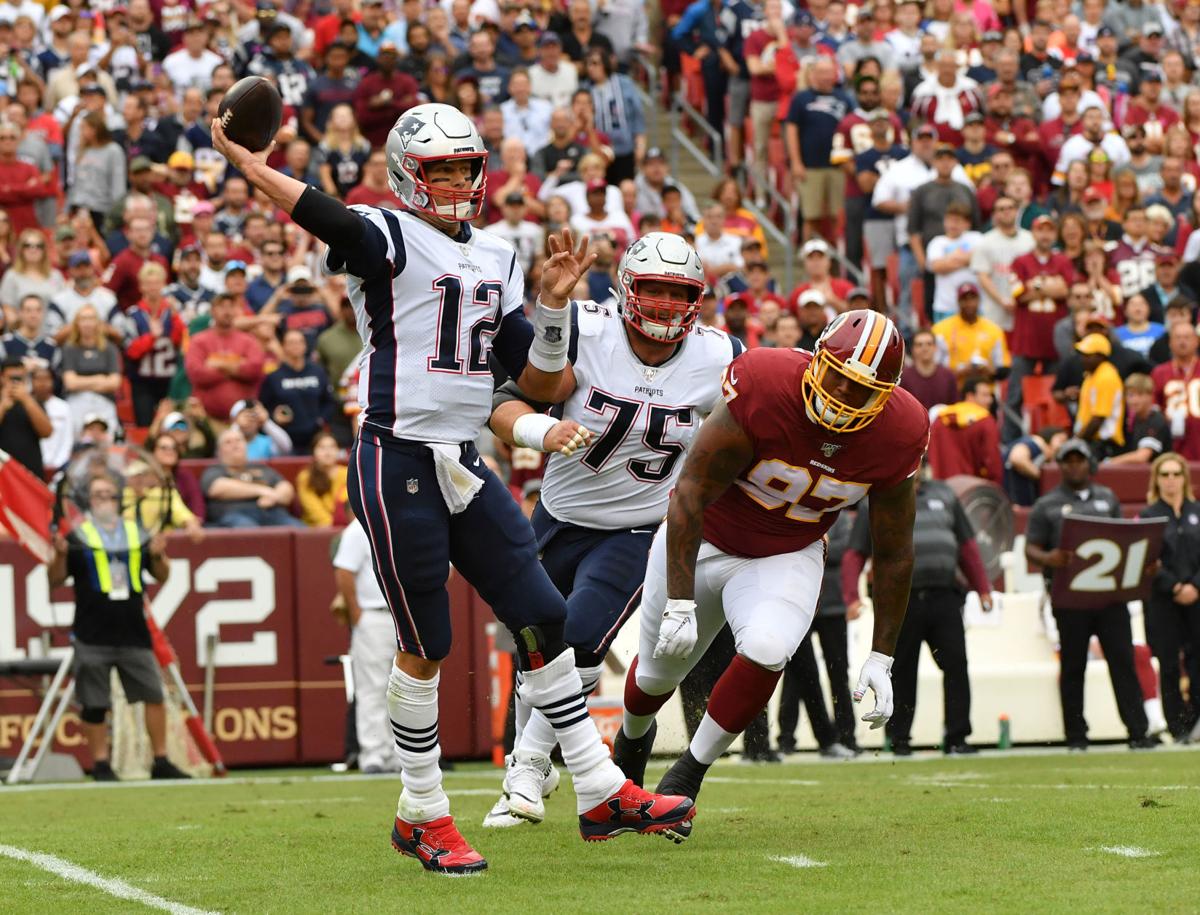 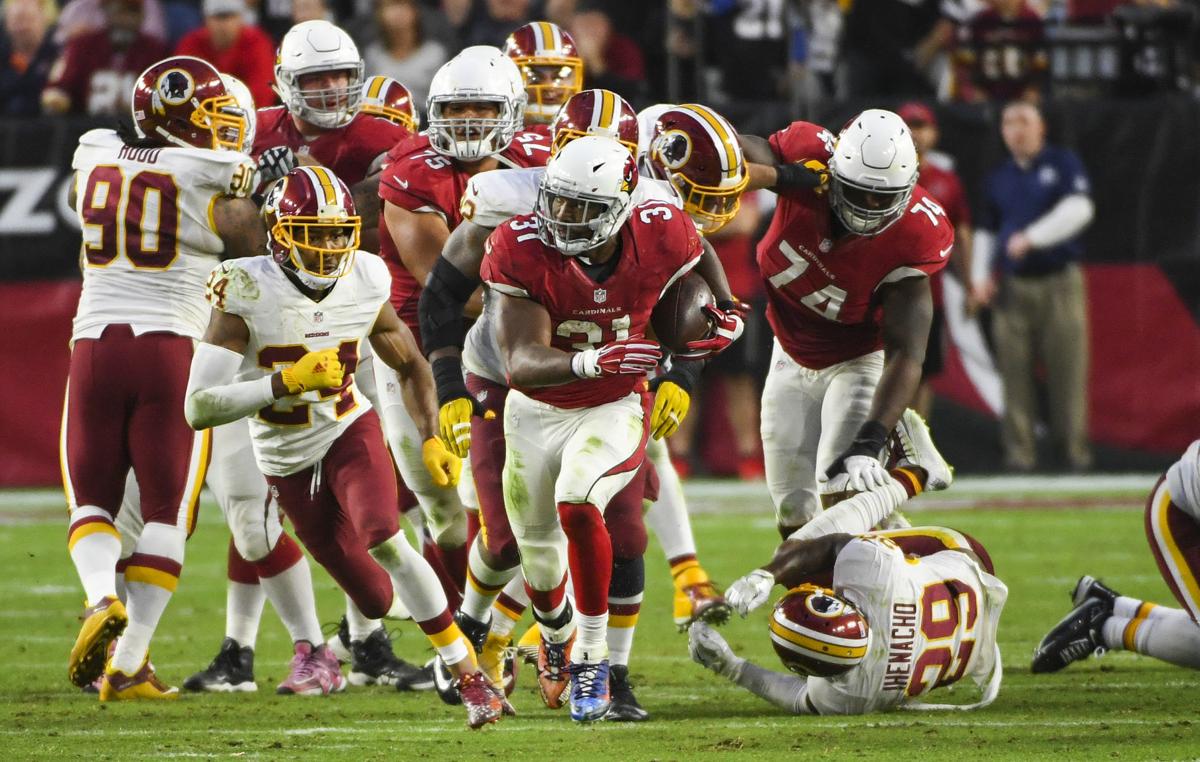 David Johnson breaks free for a big gain on fourth-and-one. MUST CREDIT: Photo by Jonathan Newton for The Washington Post.

David Johnson breaks free for a big gain on fourth-and-one. MUST CREDIT: Photo by Jonathan Newton for The Washington Post.

Tom Brady’s move from the New England Patriots to the Tampa Bay Buccaneers represented something of a shift in power from the AFC to the NFC, but the AFC battled back as several of its teams made some savvy signings and trades. Five of my six best free agency grades — A or A-minus — went to AFC franchises.

While there are still a few high-profile free agents on the market — most notably quarterbacks Cam Newton and Jameis Winston and edge rusher Jadeveon Clowney — the majority of the dealmaking is done. I included trades and releases in coming up with these marks for all 32 teams, listed here in alphabetical order.

The Hopkins trade made the Cardinals’ offseason. It gives them a star wide receiver. They can use their first-round pick on another position — maybe right tackle. They unloaded running back David Johnson’s contract. And it allowed General Manager Steve Keim to work on improving their defense.

Although it cost a second-round pick to land Hurst to replace Hooper, the Falcons might have gotten a little better at defensive end with Fowler replacing Beasley. The Freeman-Gurley swap might be even, but the Falcons still have needs at linebacker and cornerback.

The Campbell trade for a fifth-round draft pick was a steal. After the signing of Michael Brockers fell apart because of a high-ankle sprain, the Ravens scrambled to replace Brockers with Wolfe. The pass rush should be better.

It cost the Bills a first-round pick (and then some), but Diggs makes them much better at wide receiver. The pass rush is better with Addison, and Norman has a chance to bounce back under Sean McDermott, who coached him in Carolina.

The roster took some big hits on defense, including the retirement of Luke Kuechly. It will take a step back. But the Panthers got faster at wide receiver with Anderson and younger at quarterback with Bridgewater.

Bringing in Graham at $8 million per year was a curious move, given how he has played the past couple of years. But replacing Floyd with Quinn is a big improvement for the edge rush.

What is happening in Cincinnati? The Bengals have invested more than $100 million in free agency, a departure from their usual hands-off approach. Reader, Bell and Waynes should help the defense.

The Browns came out aggressively and landed Conklin and Hooper, both of whom should help the running game and quarterback Baker Mayfield. Linebacker is a little bit of a worry.

Jerry Jones took care of business by keeping Dak Prescott and Amari Cooper. The Cowboys started the transition to a 3-4 defense by adding Poe and McCoy. The biggest loss might be the surprise retirement of Travis Frederick, but Jones and Quinn will be missed on defense.

John Elway is having a great offseason. He traded for Casey and Bouye to bolster the defense, and Gordon joins Phillip Lindsay to form one of the best one-two backfield punches in the league. Glasgow was the best guard to hit the open market.

The defense lost a lot, particularly with the trade of Slay and retirement of defensive tackle Damon Harrison. The Lions will need good seasons from Collins, Shelton and Trufant, in addition to their pick at No. 3 overall, to survive.

A year after hitting it big in free agency, transforming their pass rush with Preston Smith and Za’Darius Smith, the Packers took a low-cost approach but may have upgraded at linebacker and on the offensive line.

The Hopkins trade hurts their grade, and his absence will be a setback for the offense. The one positive is that the Texans have been among the best teams in the league at re-signing their own players.

General Manager Chris Ballard continues to do a great job building this roster. Getting Rivers was a no-brainer. The Colts kept left tackle Anthony Castonzo for two years. Buckner cost a lot, but he is better than any player they could gotten with the 13th pick they sent to San Francisco.

The Jaguars used to have one of the league’s most talented defenses. Not anymore, after Campbell, Dareus and Bouye joined former cornerback Jalen Ramsey on other teams. Foles lasted only one year in Jacksonville, meaning Gardner Minshew II takes over at quarterback.

The Chiefs can’t be blamed for taking a hit in free agency, because they are trying their best to keep their roster together while paying Patrick Mahomes and getting a long-term deal for defensive lineman Chris Jones.

The defense added six players at much-needed positions and didn’t lose much. But the steal is getting Mariota to accept an incentive-laden, two-year, $17.6 million deal to potentially push Derek Carr for the starting job.

General Manager Tom Telesco has been on a roll in taking care of key needs. Turner and Bulaga are much-needed upgrades to the offensive line, and Harris joins a talented defensive backfield.

These are tough times for the Rams. They lost five key players on defense but did catch a break when the Michael Brockers deal fell apart in Baltimore. Gurley was cut without a replacement.

Of the 10 players they signed, seven could be starters. This was a talent-strapped roster last year, but the additions on defense should really help.

The Vikings have been one of the best teams in the league at fitting $10 million-plus contracts on their roster, but it finally caught up to them. Their secondary lost their top three cornerbacks, their defensive line lost Griffin and Joseph, and they traded a really good receiver in Diggs (albeit for a first-round pick).

Letting Brady go without a replacement was tough. The Patriots also lost eight more unrestricted free agents, including three starters, and they traded safety Duron Harmon. You can’t bet against Bill Belichick battling back, but quarterback remains a big question.

The Saints found a way to add two key starters on two-year, $16 million contracts in Sanders and Jenkins. Even better, they were able to retain Drew Brees on a team-friendly contract and were also able to keep guard Andrus Peat.

General Manager Dave Gettleman struck big in free agency by grabbing Bradberry and Martinez. Fackrell offers some pass rush and was a bargain on a one-year, $4.6 million deal.

The Jets overhauled their offensive line, bringing in three new starters — Fant, Van Roten and McGovern — and re-signing guard Alex Smith. With the 11th pick, they will probably draft a tackle. They replaced Anderson with Perriman at wide receiver.

General Manager Howie Roseman made a great move in trading third- and fifth-round draft picks for Slay, and the Hargrave and Robey-Coleman signings help make the defense significantly better. The next goal is getting a wide receiver, which can be accomplished through the draft.

Six of the Steelers’ seven unrestricted free agents bolted, led by Hargrave, Davis and Burns. On the positive side, the Steelers found enough money to add Ebron. It could hurt losing guard-center B.J. Finney, in conjunction with guard Ramon Foster’s retirement.

The defense isn’t as good after the Buckner trade, which was exacerbated by the departure of Day, but the re-signing of Arik Armstead keeps the defensive line a strength. The Buckner deal netted the 49ers a first-round pick (No. 13 overall) that they could use on a wide receiver to replace Sanders.

It remains to be seen whether they can retain Jadeveon Clowney, but the Seahawks made some nice moves. They only had to trade a fifth-round draft pick to Washington for Dunbar, who should start, and signed two potential starting offensive linemen (Shell, Finney) for much less than what Fant is being paid by the Jets.

Brady’s arrival puts the Bucs in playoff contention. Keeping Ndamukong Suh, Jason Pierre-Paul and Shaquil Barrett on the defensive line was their other priority, and they were able to do so.

The Titans knew they couldn’t keep everything together after their run to the AFC championship game, and the loss of Conklin, in particular, could hurt. But they kept quarterback Ryan Tannehill and running back Derrick Henry, which was their priority.

New coach Ron Rivera learned in Carolina that it was best to use free agency to build depth and the draft to build a team. That seemed to be Washington’s approach, although it did add a key piece in Fuller.

Rivera traded Dunbar, who was unhappy, and he’ll have to figure out something with left tackle Trent Williams next.