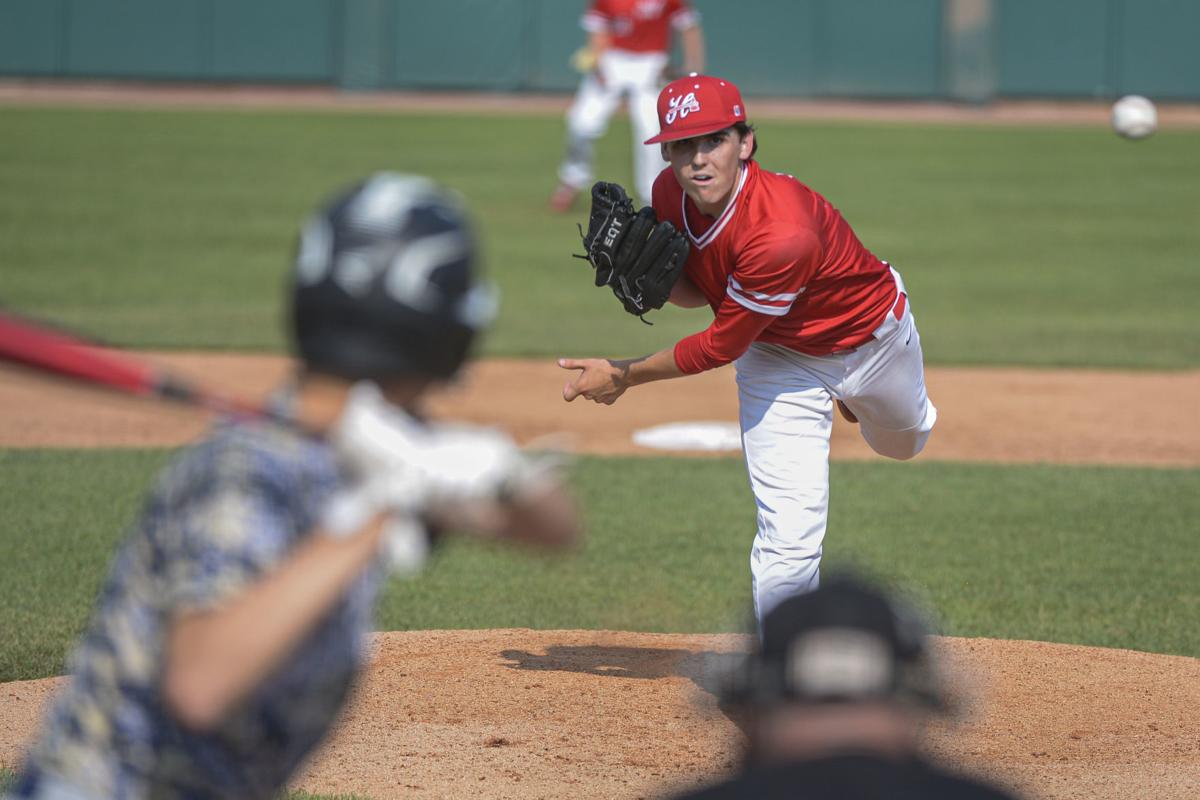 Hurricane’s Jonathan Blackwell (7) allowed two hits and no runs in the semifinal win over Hedgesville. 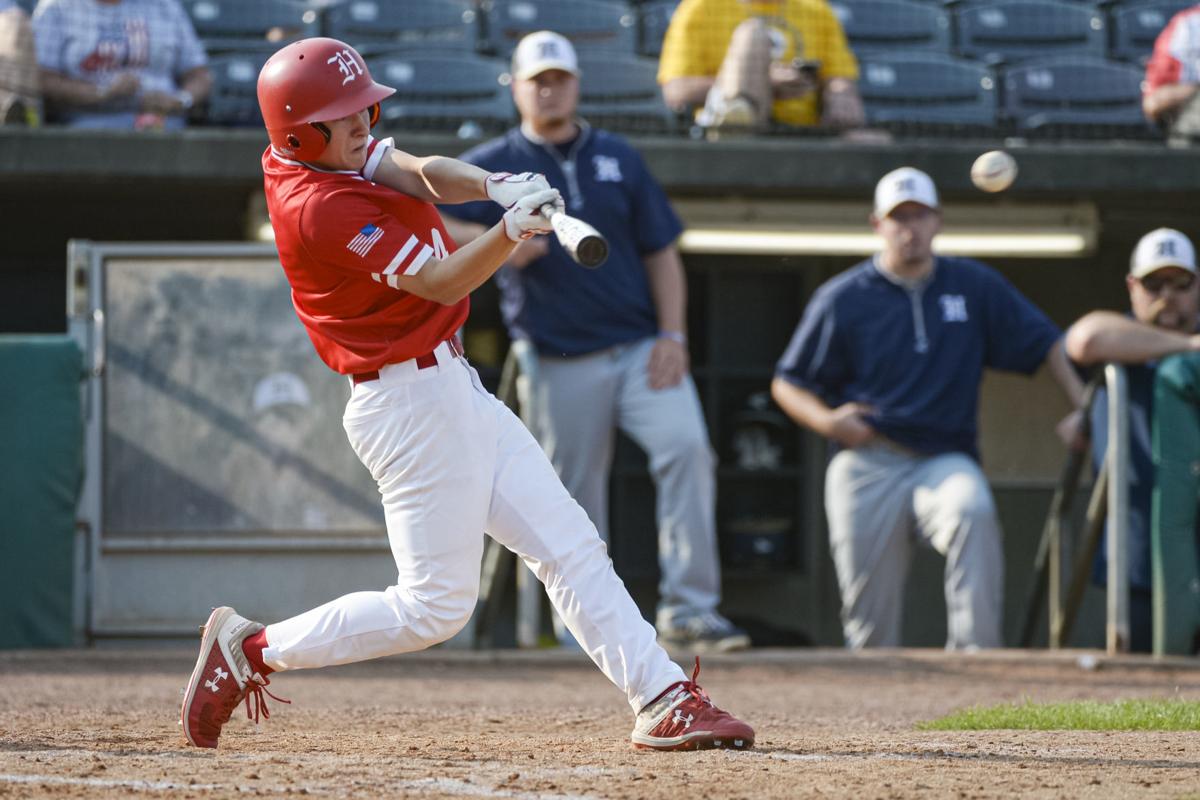 Hurricane’s Brenden Lewis delivers an RBI single in the fifth inning for the Redskins’ only run vs. Hedgesville.

Hurricane’s Jonathan Blackwell (7) allowed two hits and no runs in the semifinal win over Hedgesville.

Hurricane’s Brenden Lewis delivers an RBI single in the fifth inning for the Redskins’ only run vs. Hedgesville.

Hurricane only managed to get a baserunner in one inning of Friday’s Class AAA state baseball semifinal against Hedgesville.

As well as Redskins senior Jonathan Blackwell was pitching, however, that’s all that the team needed.

Blackwell struck out nine and Hurricane made the most of its lone opportunity when Brenden Lewis executed a two-out hit to provide the lone run in the Redskins’ 1-0 win over Hedgesville in a game that took just 73 minutes on Saturday evening at Appalachian Power Park.

“That was phenomenal,” Hurricane coach Brian Sutphin said. “Jonathan, he’s thrown no-hitters before and done great things, but that’s as sharp as he’s been. I mean, I don’t know where he finished up — under 80 pitches — but a complete game with that many strikeouts is tough to do.”

With the win, Hurricane (33-5) advances to Sunday’s Class AAA Championship and will meet St. Albans, which earned a 4-1 win over Wheeling Park. Game time is set for approximately 1 p.m.

Blackwell and Hedgesville’s Chase DeLauter embarked in a pitchers duel that ended with both allowing just two hits. As dominant as Blackwell was, DeLauter was every bit as impressive, ending with eight strikeouts in just 78 pitches in a hard-luck loss for Hedgesville, whose season ended at 24-9.

Blackwell said that establishing rhythm quickly was vital to his success.

“Once you’ve got that rhythm, you’re just attacking with the same focus and you don’t let anything make you get out of your rhythm,” Blackwell said.

The game’s lone run came courtesy of a quality piece of hitting from Hurricane’s Brenden Lewis, who sent a 1-1 offering from DeLauter into left field to score Joel Gardner, who had led off the inning with Hurricane’s first hit — a bloop single to left field.

Lewis said that, with DeLauter’s movement, it was just about squaring up an opportunity once given one.

After not having a baserunner for the first four innings, Sutphin was aggressive on the basepaths once runners got aboard against DeLauter in the fifth. With two runners on base and one out, Sutphin called for Cole Bumgarner to flash a bunt to help execute a double-steal. The fake bunt pulled in the third baseman, leaving the only throw on the steal attempt to be to second base. The throw was late, setting the stage for Lewis’ hit, which opened the scoring.

“DeLauter was throwing a good game and you’re looking for pitches to hit,” Lewis said. “Getting those runners to second and third was big. I knew when I came up, I had to get on base somehow. He struck out a lot of guys and the way his ball was moving, we just needed to put bat on ball. It was about hunting fastballs.”

“Getting the runner on base immediately sparked the energy in our dugout,” Blackwell said. “Before that, we had nothing to go on. As soon as we got that, everything just changed. Momentum changed and we just stayed attacking.”

While Hurricane executed its lone opportunity to push a run across, Hedgesville had its chance go by the wayside in the top of the second against Blackwell.

Brady Weaver led off the second inning with a triple to the left-center wall against Blackwell, but the senior made up for his lone mistake in the next at-bat when he fielded a comebacker to the mound and threw to catcher Enzo Lewis for the out at the plate.

It would be the last hit that Blackwell allowed, and he only gave up one baserunner — a walk to DeLauter in the sixth — after that.

“In a game like this, I know you want to have that run back, but we also struck out right behind that,” Hedgesville coach Eric Grove said. “It’s frustrating, but you’ve got to give yourself more chances.”

In addition to the strong pitching performance, DeLauter — a James Madison signee — finished with the Eagles’ only other hit, a double in the first inning.