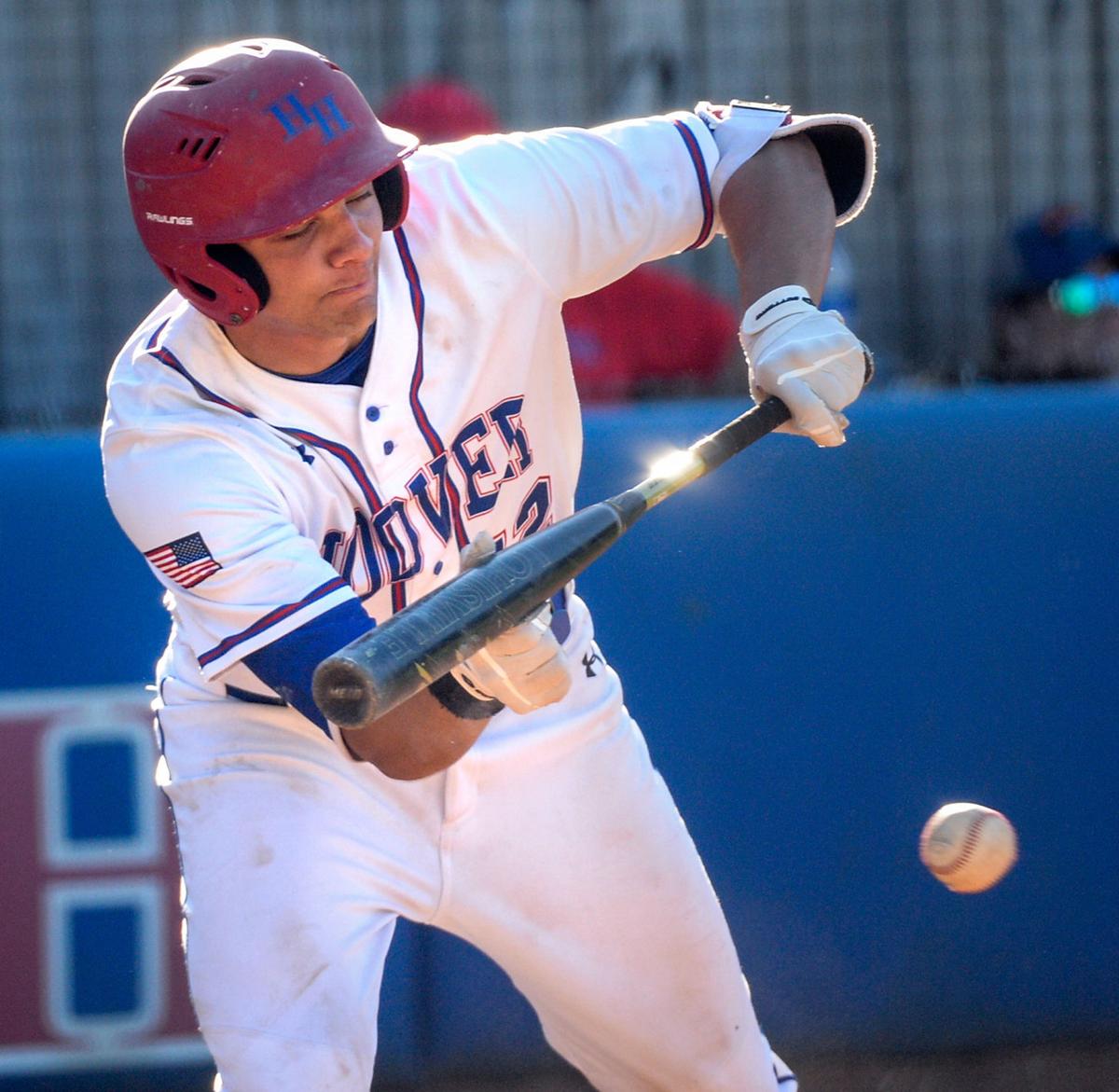 Herbert Hoover’s Ryan Beasley drops down a bunt against Philip Barbour Wednesday. Beasley was able to reach first safely for a single. 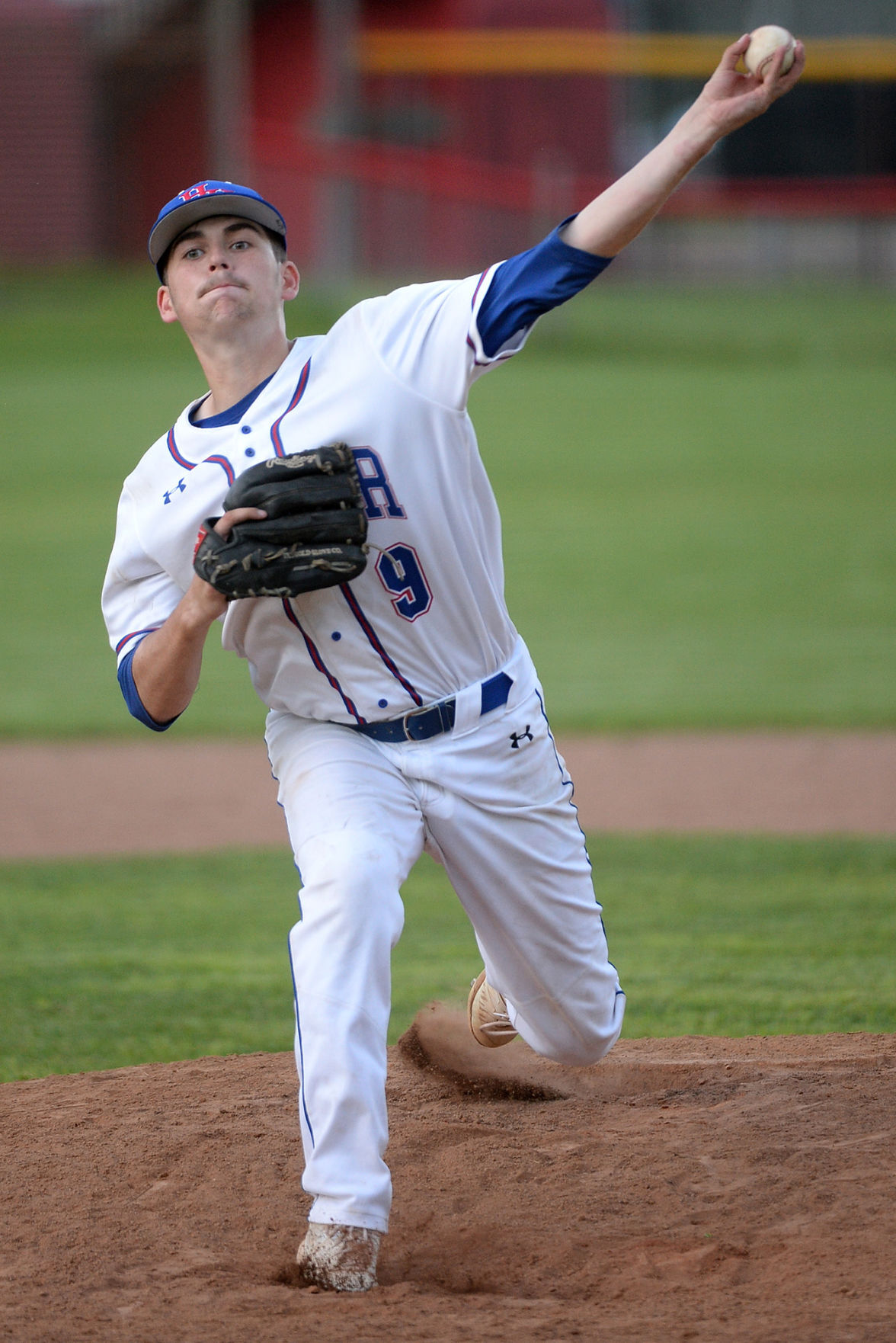 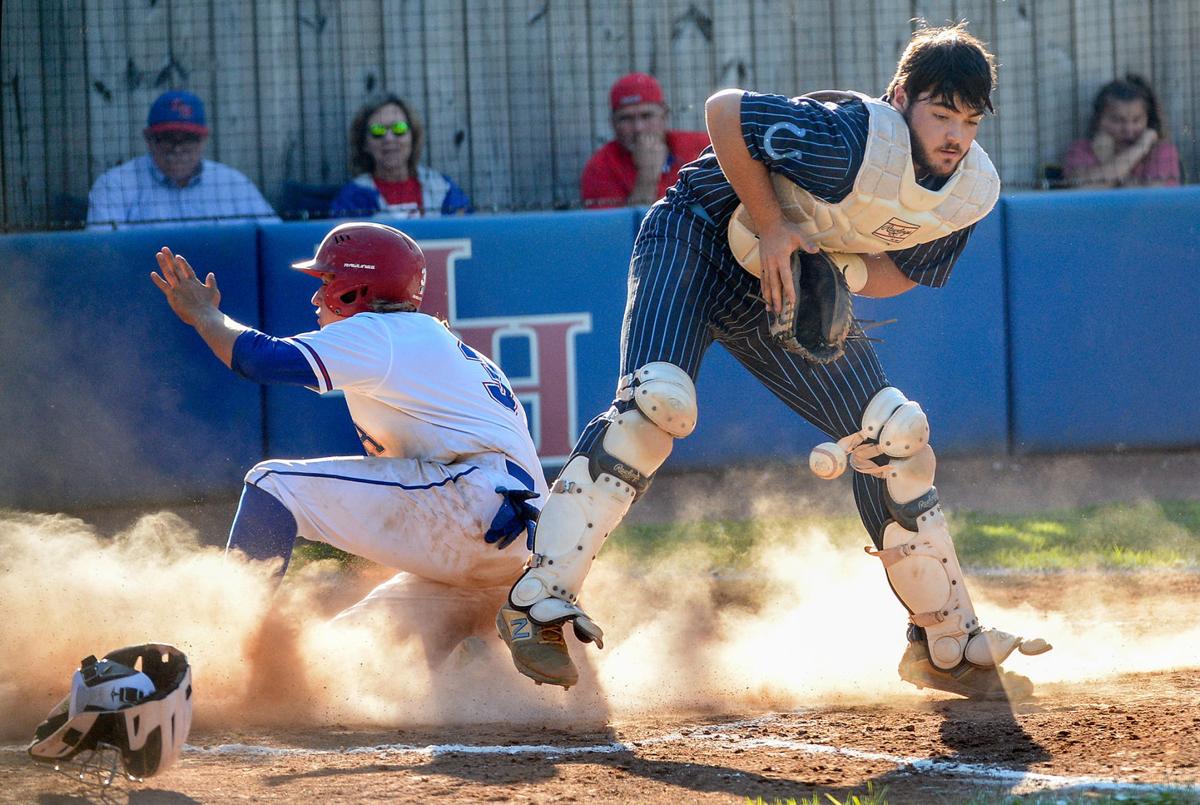 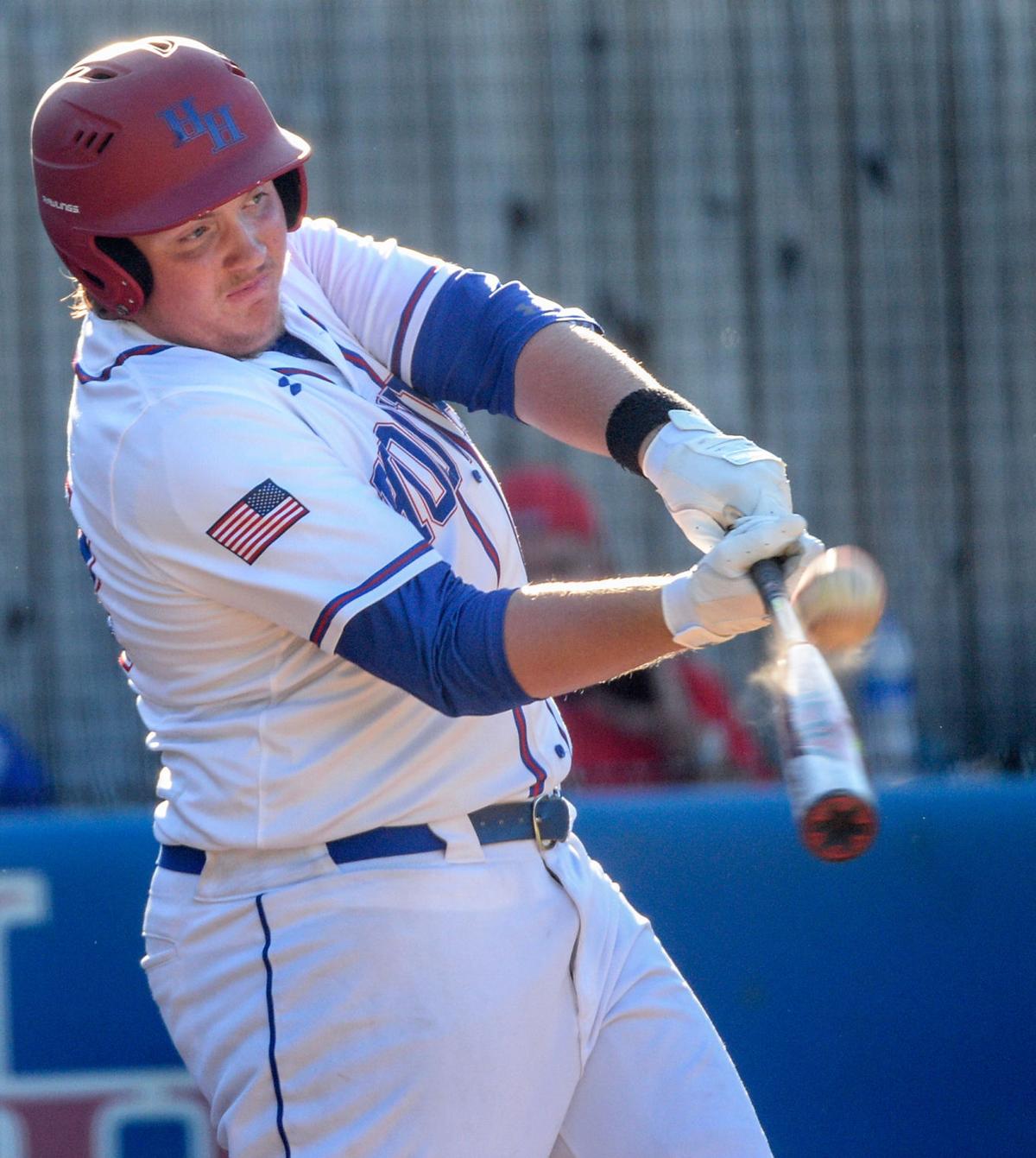 Herbert Hoover’s Matthew Toops connects for a hit against Philip Barbour in the regional tournament.

Herbert Hoover’s Ryan Beasley drops down a bunt against Philip Barbour Wednesday. Beasley was able to reach first safely for a single.

Herbert Hoover’s Matthew Toops connects for a hit against Philip Barbour in the regional tournament.

For much of the season, Herbert Hoover has flown under the radar in Class AA. But not anymore, because the Huskies are headed back to the state tournament.

Dyllan Livingston and Brayden Rollyson each went 3 for 4 to lead a 15-hit attack in Falling Rock Wednesday as Hoover belted out a 9-6 decision over visiting Philip Barbour at Jeff Holliday Field and captured the Region 2 championship by taking the best-of-three series two games to none.

The win sends Hoover (20-12) to the state tournament for the first time since 2013. Once all the AA regionals are completed, the Huskies will find out their state tournament seed for the June 24-26 event at Appalachian Power Park in Charleston.

Six different Huskies had multiple hits Wednesday and five players drove in runs as Hoover recovered from an early 3-1 deficit. Hoover’s small-ball game was even sharp. Twice the Huskies dropped down sacrifice bunts to move up runners, and they were so well-placed that they went for singles.

“We hit with them,’’ said Hoover coach J.R. Oliver, “because that’s a good-hitting bunch. They can hit the baseball. They’re very scrappy. We told the kids we needed to be tougher than they were, and we were. We played hard.’’

Hoover took the lead for good with a four-spot in the bottom of the second to go up 5-3. That uprising included two-run singles from Livingston and winning pitcher Will Bright, who went 2 for 2.

After the lead ballooned to 8-3 in the third, Philip Barbour (19-11) made it interesting again, scoring three times in the top of the fourth, getting a two-run single from Cody Cooper and an RBI single from Alex Wilson to make it 8-6.

Bright, however, shut the Colts down the next two innings, with the Huskies turning a double play to end the sixth. Rollyson took over on the mound in the seventh and gave up a leadoff double to Cooper before one of the game’s key plays took place.

Wilson drove the ball deep down the left-field line and it looked like it was headed for extra bases, but it veered a few feet foul and Hoover’s Landon Bounds made a nifty catch right up against the foul-line fence for the first out. Two ground balls later, it was over.

“Hats off to them,’’ said Colts coach Jon Carpenter. “They’re definitely a well-coached team, and they attack the baseball. They’re going to make some noise in the state tournament, so best of luck to them.’’

Grayam was asked if victory felt sweeter because for most of the season, Hoover wasn’t considered among the elite teams in AA.

Oliver said the Huskies, who lost four of five at one point in the middle of the season, started coming on after that.

“A couple weeks ago,’’ Oliver said, “before we started the postseason, we won something like eight of 10. We started playing really well, and we played good competition. We didn’t play anybody that wasn’t going to give us a game.

“We played Bridgeport and Hurricane, and they’re arguably the two best teams in triple-A. We prepared these kids. They’re tough. They’ve been through a lot and we couldn’t be more proud of them.’’