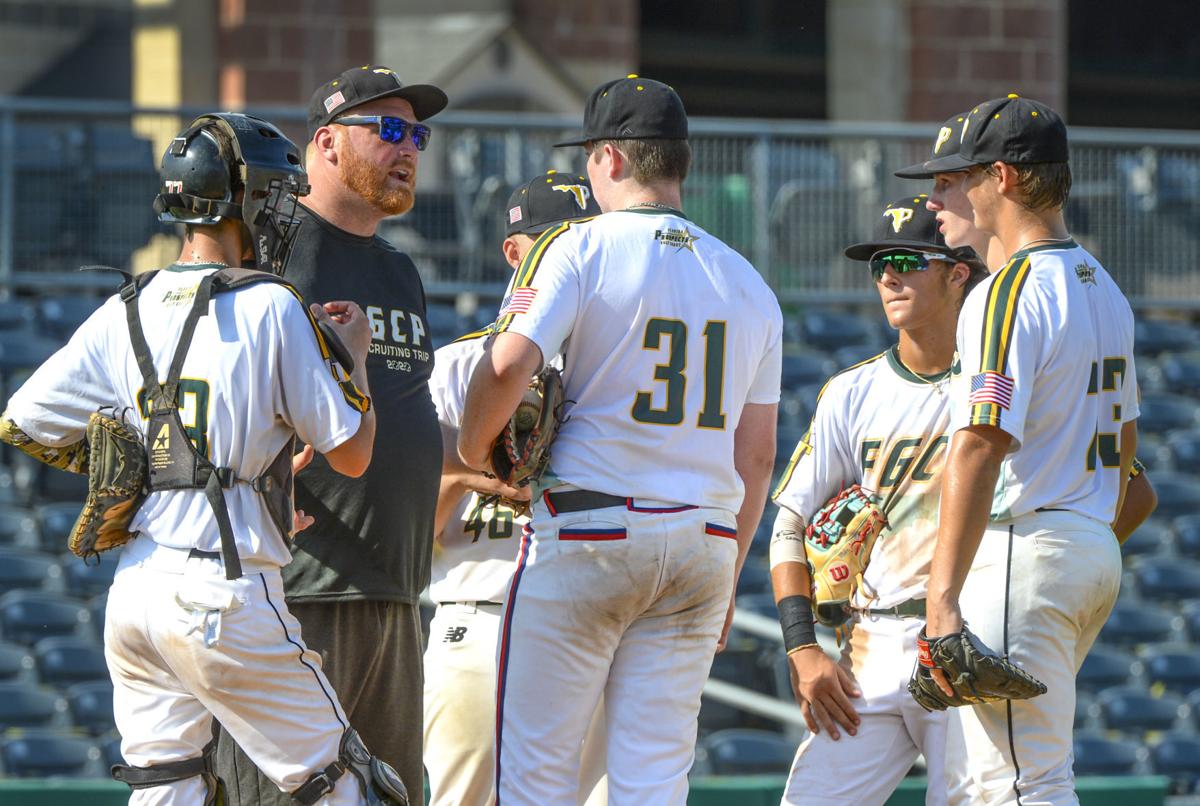 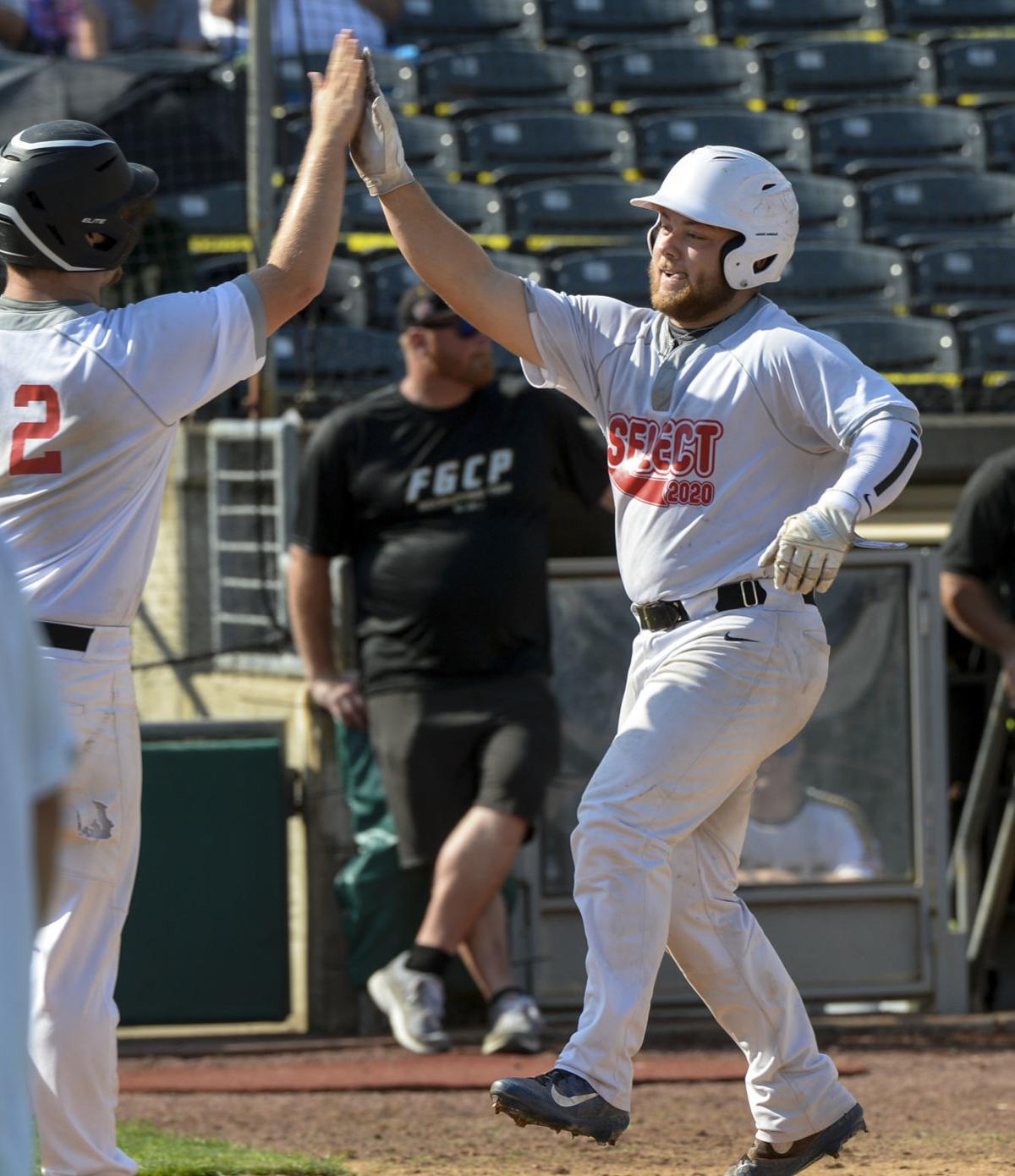 WV's Andrew Sydenstricker (right) gets a high-five at home plate after hitting a grand slam. 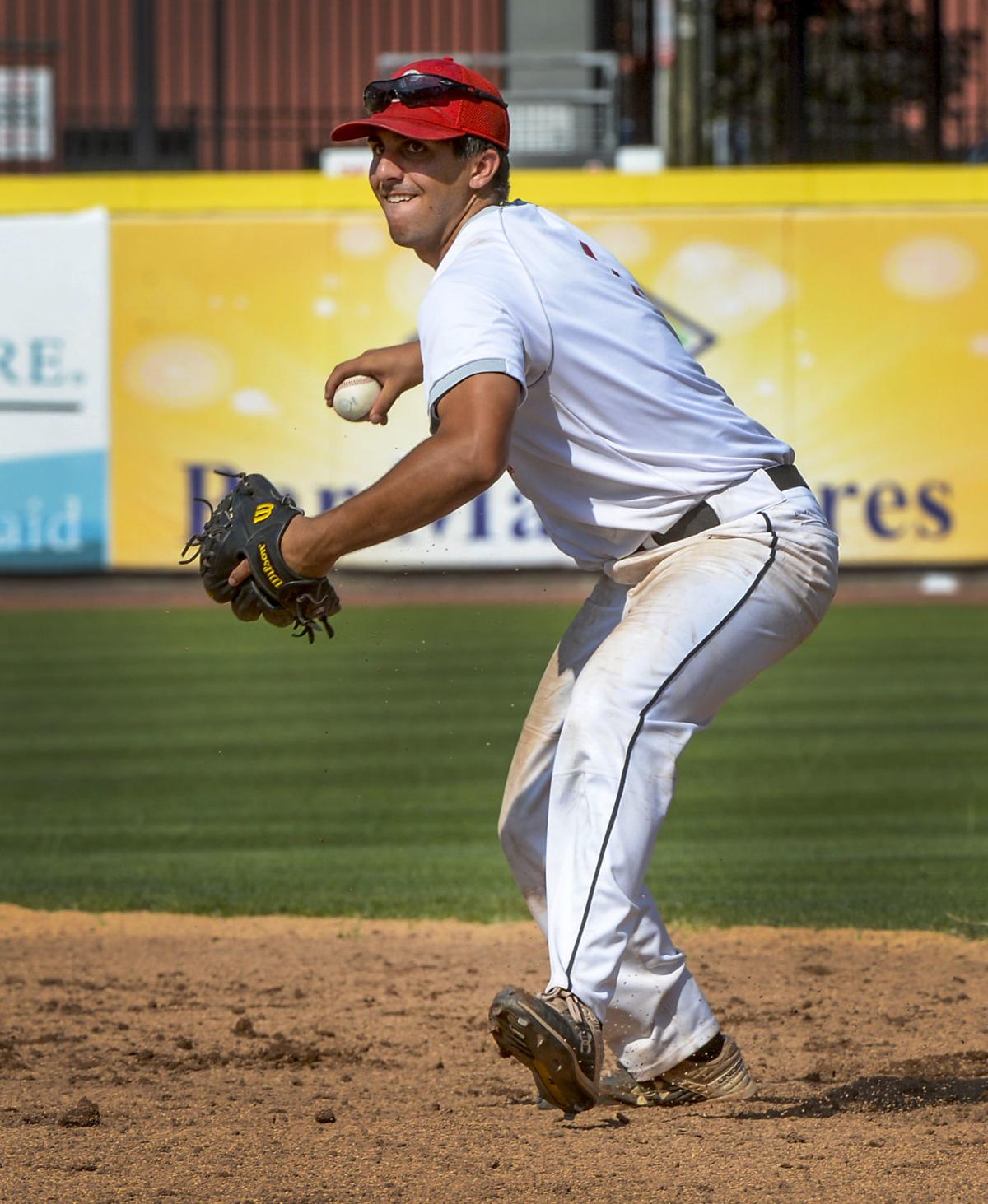 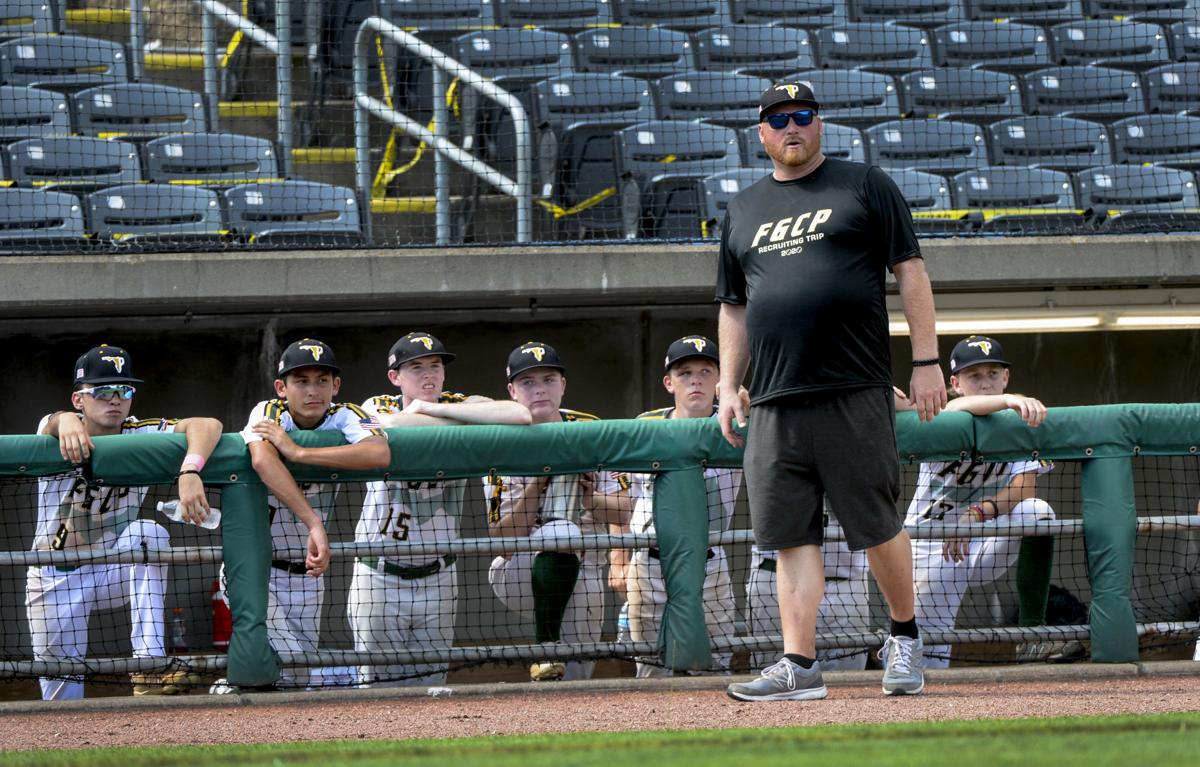 Florida coach Seth McClung stands in front of his dugout at Power Park on Thursday.

WV's Andrew Sydenstricker (right) gets a high-five at home plate after hitting a grand slam.

Florida coach Seth McClung stands in front of his dugout at Power Park on Thursday.

It was a happy homecoming for Seth McClung, at least until the final inning.

Connor Fizer lofted a sacrifice fly to left field to score Andrew Sydenstricker with two outs in the bottom of the seventh Thursday evening, giving West Virginia Select 2020 a wild 11-10 comeback victory against the Florida Gulf Coast Prospects in the opening game of a doubleheader at Appalachian Power Park.

West Virginia Select, comprised of 14 Kanawha Valley high school athletes who didn’t get to play their respective senior seasons due to the COVID-19 pandemic, trailed 8-0 in the third inning before rallying against the youth team coached by McClung, the former Greenbrier East and Major League Baseball pitcher who now lives in Florida.

In the second game, WV Select (14-0) remained unbeaten by sweeping the doubleheader with a 7-2 win in six innings. Enzo Lewis, who played at Hurricane, led the victors with five RBIs.

In the opener, which was the first game played this season at Power Park at any level, West Virginia was behind 10-7 entering the bottom of the seventh before staging another uprising.

“It’s amazing,’’ said Sydenstricker, an All-Stater who played at Capital. “It’s really nice just to get out and play baseball. It sucks what happened this past [spring] with the coronavirus and all that. It sucks for everyone. Luckily, teams are starting to come together and get to come out and play this summer. It’s a good feeling.’’

Sydenstricker got the rally started for West Virginia Select in the bottom of the third when he launched a grand slam over the fence in right field to shave Florida’s lead to 8-5. Florida drew four bases on balls during its five-run top of the third when it went up 8-0.

“They got all those runs,’’ Sydenstricker said, “and we just made bad mistakes in the field. We just had to dig deep and whenever we started catching up and I hit the grand slam, it just lit a spark in all of us. We just felt that we knew from there on out, we weren’t going to give up. We knew we had to win this.’’

Florida Gulf Coast, leading 10-7, helped West Virginia Select get its momentum going in the bottom of the seventh with a pair of infield errors and a walk to load the bases with none out.

Brayden McCallister, a George Washington alum who won the game in relief, drew a walk to force in a run before Florida got a forceout at home. Noah Cummings followed with a two-run single to knot the game at 10. Cummings, the former St. Albans standout, was 0-for-3 with two strikeouts prior to that at-bat.

“I just stayed confident,’’ Cummings said, “and just tried to hit the ball up the middle and take a good approach. I wanted to make sure I didn’t strike out again – try to put the ball in play.’’

With one out and runners on first and third, Fizer (St. Albans) then floated a sac fly to left to score Sydenstricker with the decisive run.

Logan Spurlock (Capital) had a pair of singles and an RBI to lead West Virginia’s nine-hit attack. McCallister and Cummings each drove in a pair and Will Strickland (Charleston Catholic) added a double. Thomas Blaydes (Charleston Catholic) turned a line drive into a key inning-ending double play at second base and later tacked on an RBI single.

The West Virginia rally added a sour note to what had been a pleasant homecoming for McClung. His program was missing about 15 players from his two 18-and-under teams who had already signed to play in college and sat out the trip for health concerns.

“It’s always a happy homecoming,’’ McClung said. “I always really enjoy coming back to West Virginia -- it doesn’t really matter win or lose. Obviously, for these kids, we want that experience. We’re just trying to get better. That team we played is really good; it’s an honor to be on the field with them.

“We stayed in Lewisburg [Wednesday night] about 1,000 yards from the house, so I was able to go home and spend time with mom and dad. Every single time I go home, I can’t go to any store without running into somebody. Living in Florida, I don’t get to come back much, but this trip for me is always special coming back and playing in places like this. It’s a blessing. We usually play at high school fields here, and I get to relive times at Greenbrier East and share some stories.’’

In the second game, West Virginia vaulted into a 4-0 after one inning, with Lewis drilling a three-run triple after Fizer had scorched an RBI double. Lewis wasn’t done, ripping a two-run single in the third to make it 6-0 in favor of WV Select.

“It’s probably my best game so far,’’ Lewis said. “The hitting was real good, and getting RBIs is always good.’’

Hurricane looked to have a good shot at making it back to the Class AAA championship game at Power Park for a fourth straight season before all spring sports were wiped out in West Virginia by COVID-19.

Lewis said getting the chance to play with WV Select helped ease the sting of missing his senior season at Hurricane.

“Me and my Hurricane guys were looking forward to having a season, of course, and playing here,’’ he said, “and knowing we could have been here this year was real devastating. But it’s really good to play this summer just to get one last season in.

“It’s taken the pressure off, and I’m having a blast with this team. We’ve got a great group of guys.’’

Power Park hosts the Prep Baseball Report West Virginia Panhandle Series youth tournament from Friday through Sunday, with games starting at 10:30 a.m. Friday and 8 a.m. both Saturday and Sunday. Admission is $5 per person per day.