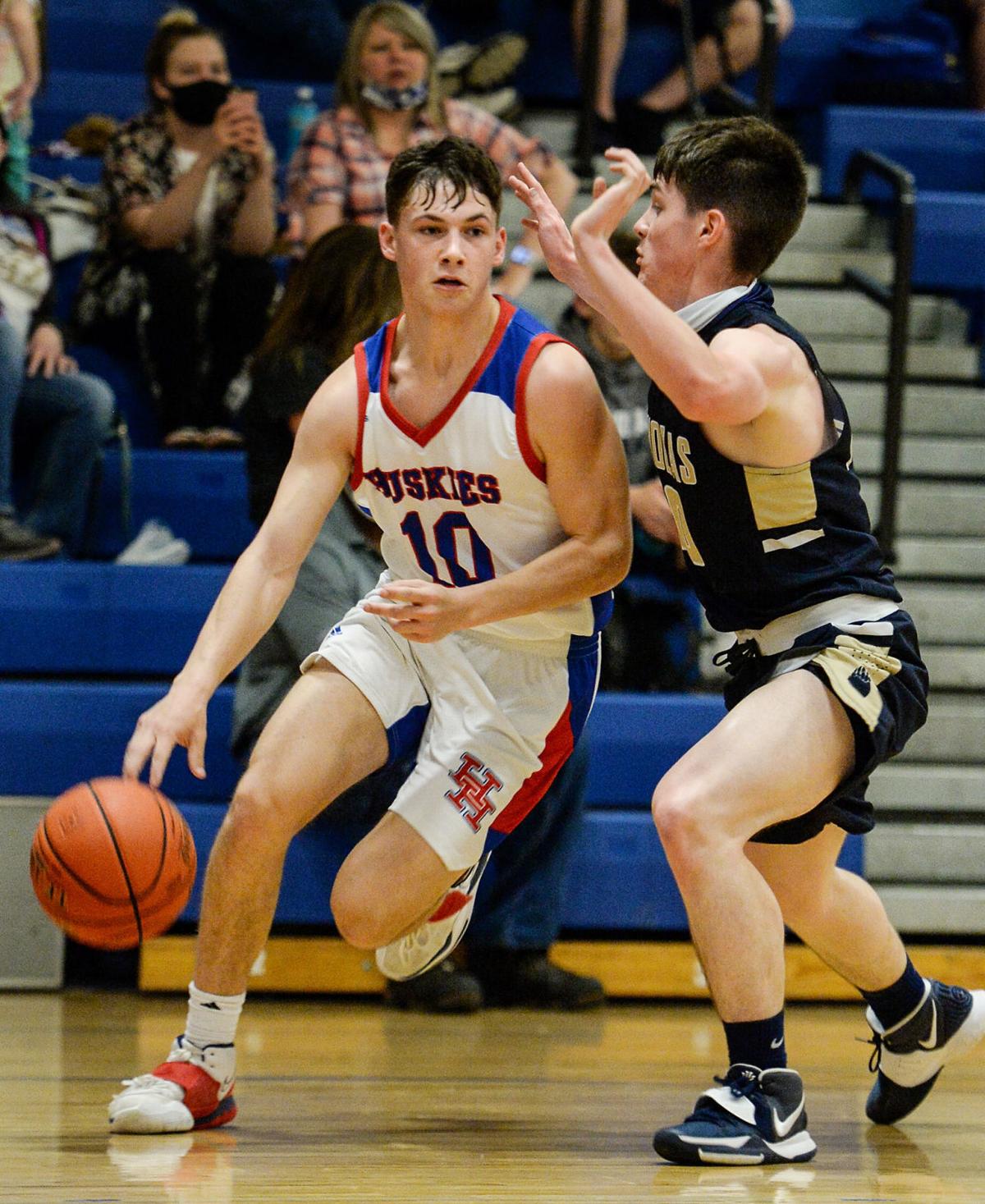 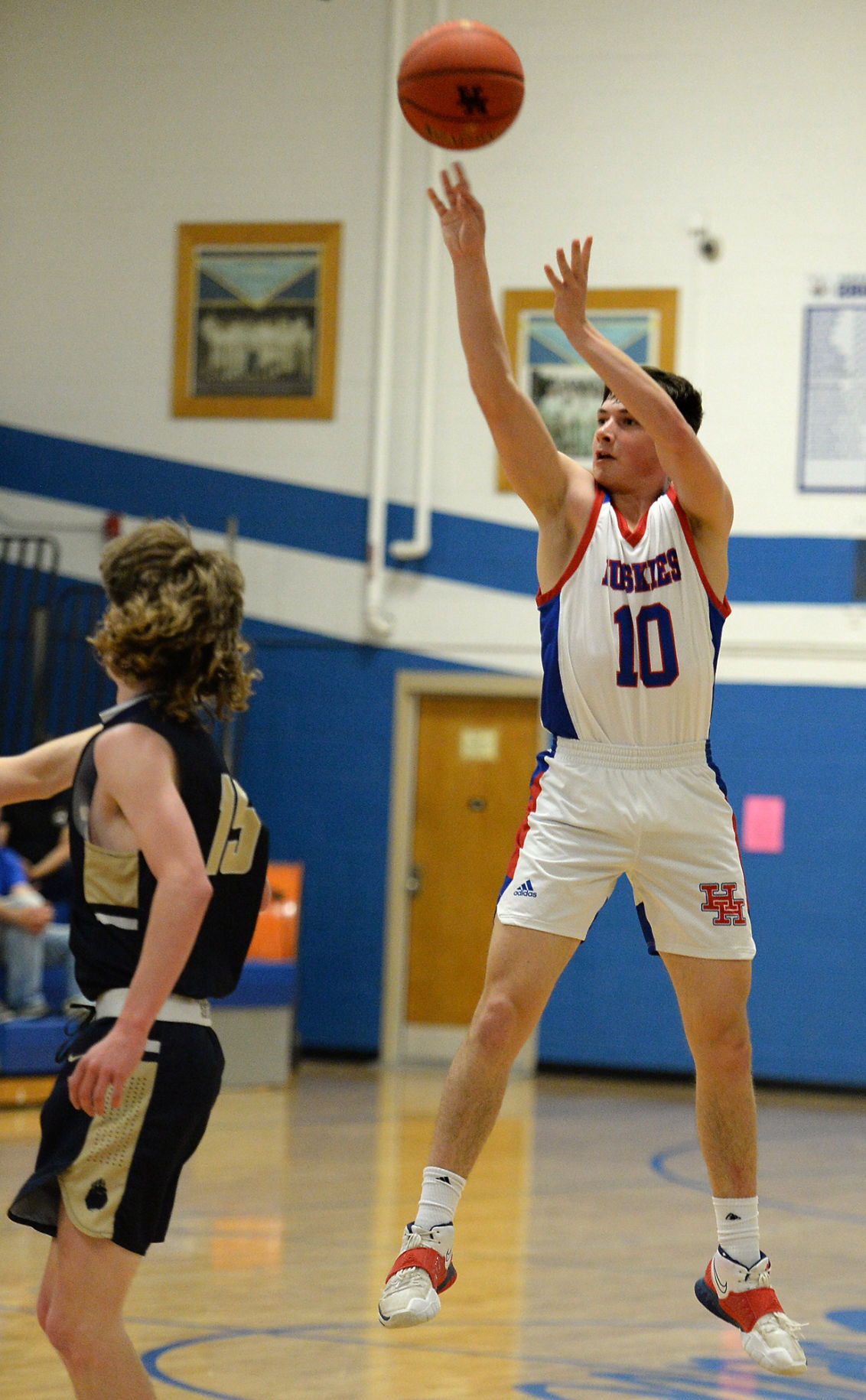 When the season started at Herbert Hoover, there weren’t many expectations outside the program and its immediate Elk River community.

After all, the Huskies had gone just 7-17 the previous season and lost two of their top three scorers to graduation, including All-Kanawha Valley guard Grant Bonner. Seeing as how Hoover had qualified for the state tournament only once since the school opened in 1963, and it’s no wonder that when The Associated Press released its preseason Class AAA state poll, the Huskies generated just one voting point and were stationed well outside the top 10.

But look at them now. As the regular season hits the stretch run for boys this coming week, Hoover (9-2) is ranked seventh in the state and already owns victories against Clay County, Winfield and Westside.

“The guys understand their roles a lot more,’’ said Hoover coach Josh Stricker following Thursday’s 86-47 home victory against Nicholas County. “Everyone’s starting to buy into what we’re doing as a program. We’re starting to use our post [players] even more, and our posts have gotten so much better than last year.’’

Stricker was speaking of 6-foot-4, 235-pound Trey Chapman, 6-6, 330-pound Frank Early and 6-3, 170-pound Trevor Rager. Rager, a junior who barely played for the varsity last season, is now considered one of the team’s top defenders. There’s also the maturation of sophomore sharpshooter Eli Robertson, who’s improved his scoring average from 5.0 points to 15.1 in a year’s time. And there’s the all-out hustle of guard Jack Copenhaver.

But if you’re looking for perhaps the biggest reason for the turnaround up Elk, look no further than Devin Hatfield. A 6-0, 176-pound junior guard, Hatfield has helped transform Hoover’s program between the lines and between the ears.

“That’s the big difference,’’ said Nicholas County coach Brian Phipps, who watched Hatfield tally 23 points in Thursday’s win against his team. “He makes a huge difference. He makes a world of difference for them. He’s a really good player, he’s smooth and plays within himself.’’

Stricker thinks Hatfield is one of the best shooters in the Cardinal Conference, which currently has six of its nine teams ranked in either the AAA or AA state polls.

“He can do so many things,’’ Stricker said. “He can spread you out, he can shoot it and he can take charges, which doesn’t show in the box score. And he’s a good facilitator — unselfish and he’s really good at creating. He gets others involved, he’s a playmaker and he likes to take the big shots.’’

Hatfield also likes to win. He’s been a winner everywhere he’s been, whether it’s with the basketball team at Logan — playing with Marshall recruit David Early — or football at Mingo Central, where he helped the Miners get to the Class AA playoff quarterfinals at Bridgeport as a sophomore. He said he wasn’t even aware that Hoover went 7-17 in basketball last winter.

“So that was new to me coming in, not knowing that,’’ Hatfield said. “But I came in here ready to win. I’m not used to losing. I don’t like losing.

“I think everybody has just bought in and is sharing the ball, and we’ve just shot the ball well this year. We’re all pretty skilled basketball players. So I think playing as a team has really helped.’’

Another line of thought to go along with Hatfield’s history of success is that, even as a young athlete, he’s been in situations in lots of different places and seen things that some players don’t see in their entire careers, whether it be playing in the regional finals in basketball (with Logan) or the football playoff quarterfinals as a receiver (for both Mingo Central and Hoover).

“I’ve played just about every role you can play,’’ Hatfield said. “At Logan, I was with [Early, older brother Drew Hatfield and Peter Noe] and I wasn’t the main guy. We want back to Mingo and my brother was the main guy; I was second-best. But here, there’s kind of a lot of pressure put on me to go out and perform every night.’’

Also in Thursday’s win against Nicholas, Robertson and Early scored 12 points each, with Early going 6 of 6 shooting, and Copenhaver had 10 points. Chapman grabbed seven rebounds. For the Grizzlies (1-9), D.J. Coomes had 20 points and six rebounds and Colby Pisher 11 points and eight boards. Nicholas played without leading scorer Rylee Nicholas (17.4 ppg), who was nursing a bothersome muscle pull.