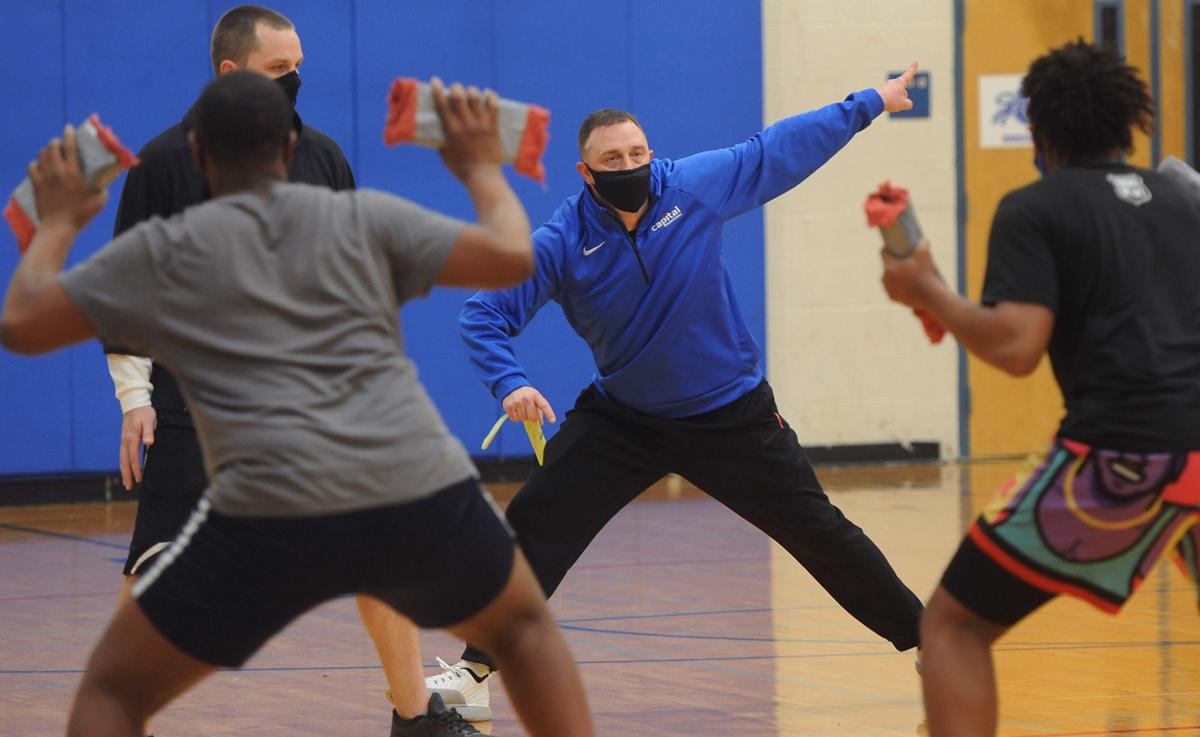 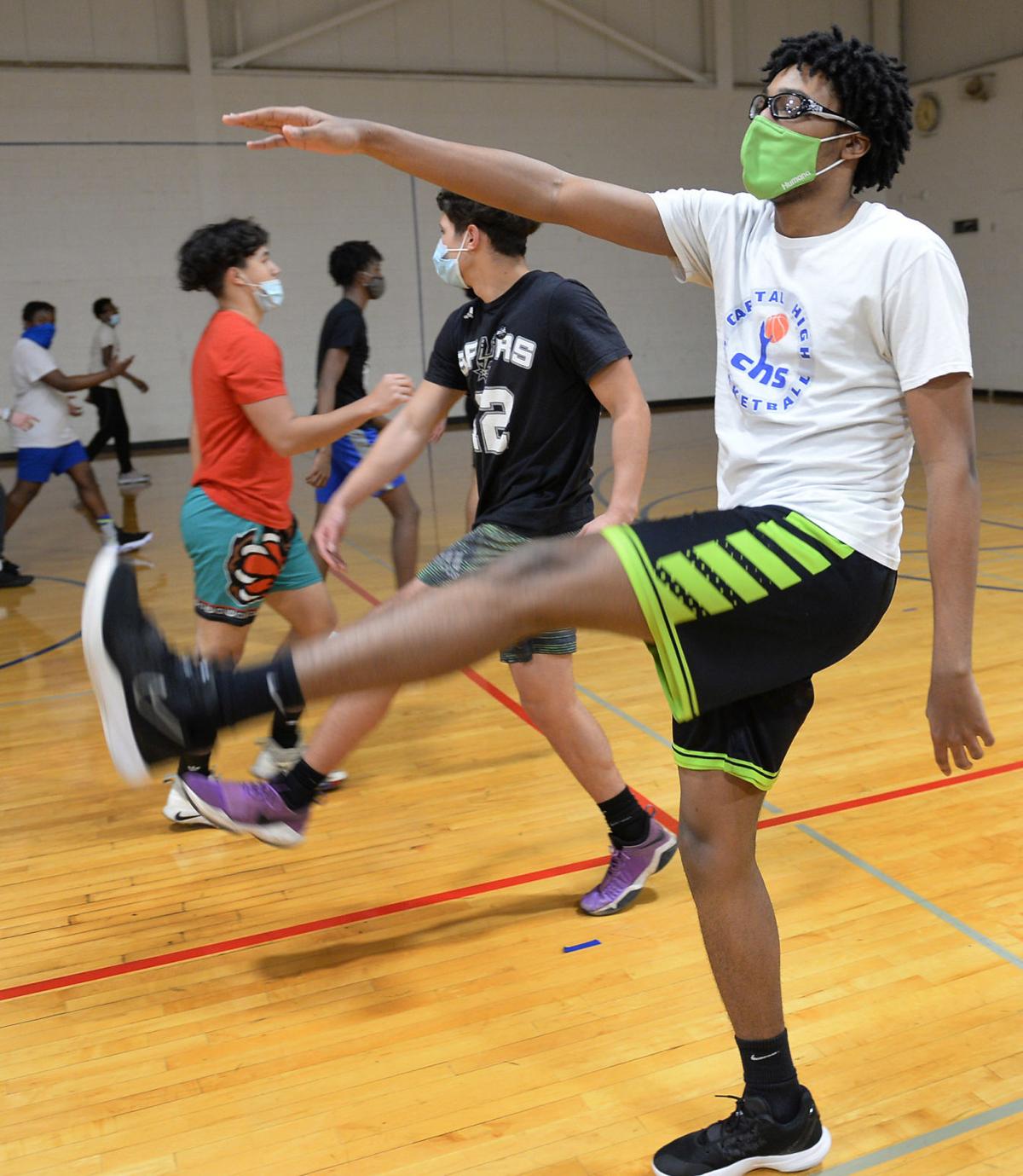 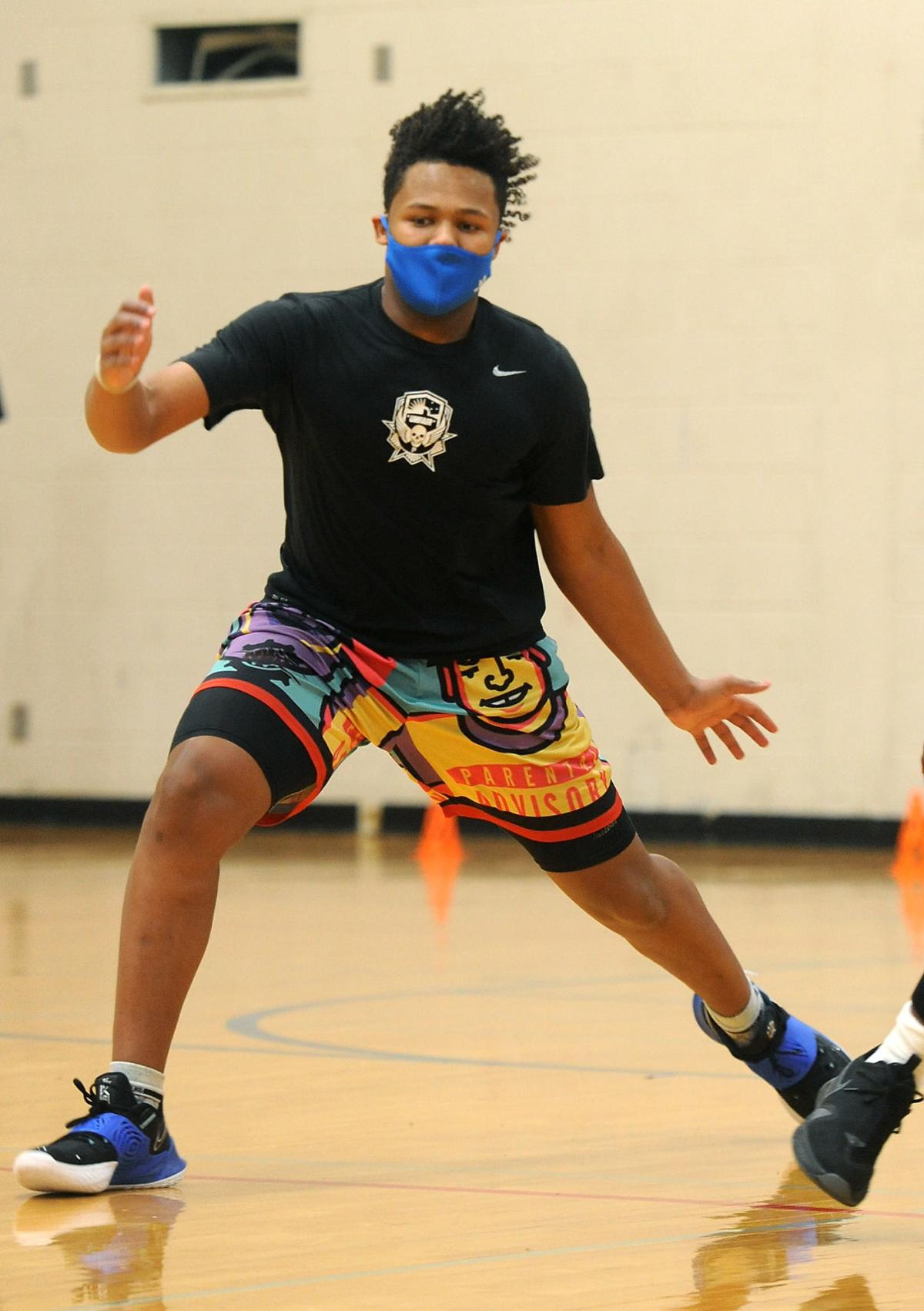 Capital basketball player Elijah Poore runs through a conditioning drill with his team Monday in the high school gym.

Capital basketball player Elijah Poore runs through a conditioning drill with his team Monday in the high school gym.

In any other year, Capital coach Matt Greene might be concerned, and rightfully so.

As his Cougars reported Monday for the first day of preseason conditioning, they did so without a senior on their roster and just three juniors with any varsity experience, having lost one starter to a Secondary School Activities Commission ruling and another to transfer.

Following their week of conditioning — the first time players have been in an organized session since early November — they also have just 16 practice days to get ready for their season opener on March 5, and like all boys basketball teams in West Virginia, have to cram 18 regular-season games into six weeks, if they so choose.

A tall order at any time, certainly. But when you’ve already gone through nearly a year of stops, starts and uncertainty due to COVID-19, it simply becomes just another day on the calendar. Greene looks past the obstacles and sees opportunity.

“We’re going to be young,’’ Greene said as his players filed into the gym Monday to start their first round of conditioning. “But I like our potential. Yes, it’s a short season, and hopefully everything and everybody get where you want them to be. But I’m excited about the team, honestly.’’

The Cougars lost not only seniors Kerion Martin (15.1 points per game) and Karrington Hill (14.7) from last year’s squad, but 6-foot-4 Daimarquis Brooks (12.8), listed as a junior last season, was ruled ineligible by the SSAC and sophomore guard De’mahjae Clark transferred to Belfry, Kentucky. Clark was selected as the Gazette-Mail’s Kanawha Valley rookie of the year last season when he averaged 9 points and 3.8 assists as a freshman point guard.

Greene wasn’t exactly sure what kind of mix he would end up with once players reported for conditioning this week. He said the team had between 30 and 40 players show for a couple of flex days Capital was able to use before Gov. Jim Justice shut down all winter sports on Nov. 13.

One thing Greene did know was that he was going to have to lean on juniors Elijah Poore, Kcion Welch and Garrett Stuck, his only three returnees with any varsity playing time. Poore averaged 6.5 points last season and was third on the team with 20 3-pointers, Welch scored 77 varsity points and Stuck 54.

Greene realizes there are concerns all over the board as this season tips off, but is ready to navigate them.

“Just keeping everybody healthy, honestly, is the biggest thing,’’ Greene said,”when you haven’t done things for so long and then they come out and they’re not in condition yet. We’ll work on that some this week to get some of the soreness out of them. As young as we are, we’ll have to rely on execution early on and defensive rebounding’s going to have to be our bread and butter this year until we can get some continuity.

“We’ve only got 15 games on the schedule — we may add one more. You just have to be prepared for anything this year. Be as prepared as you can be, just knowing that at some point, you might have to shut down.’’

Greene himself has been in COVID quarantine twice already, once over the summer and again in mid-November. His plan for Monday was to run his players for 30-45 minutes, since no sports-specific drills can be utilized this week. After the week of conditioning is over, traditional practice begins on Feb. 15 for all winter sports teams in West Virginia.

Poore and Welch said they tried to maintain some semblance of workouts on their own during the down time.

“I kind of stayed in shape, and worked down at Cross Lanes a lot,’’ Poore said.

“I did some stuff around the house in quarantine,’’ Welch said, “so I don’t think this will be too bad. This should be fine.’’

Likewise, they didn’t see many problems getting back into the flow after such a long layoff.

“I still think a month is a lot of time,’’ Poore said. “We’ll get ready; you get your mind ready. Most of us have played with each other basically our whole lives. I think it’s something we’ll pick up from last year.’’

“I just feel like if we everybody in the gym,’’ Welch said, “we should be fine if we play as a team, play together.’’

Poore said he’s ready to step into the role of being a team leader, since the squad might not have any seniors.

“At least for this year,’’ Poore said, “I’ve been thinking about that the past two months, ‘cause I want to go back to states.’’