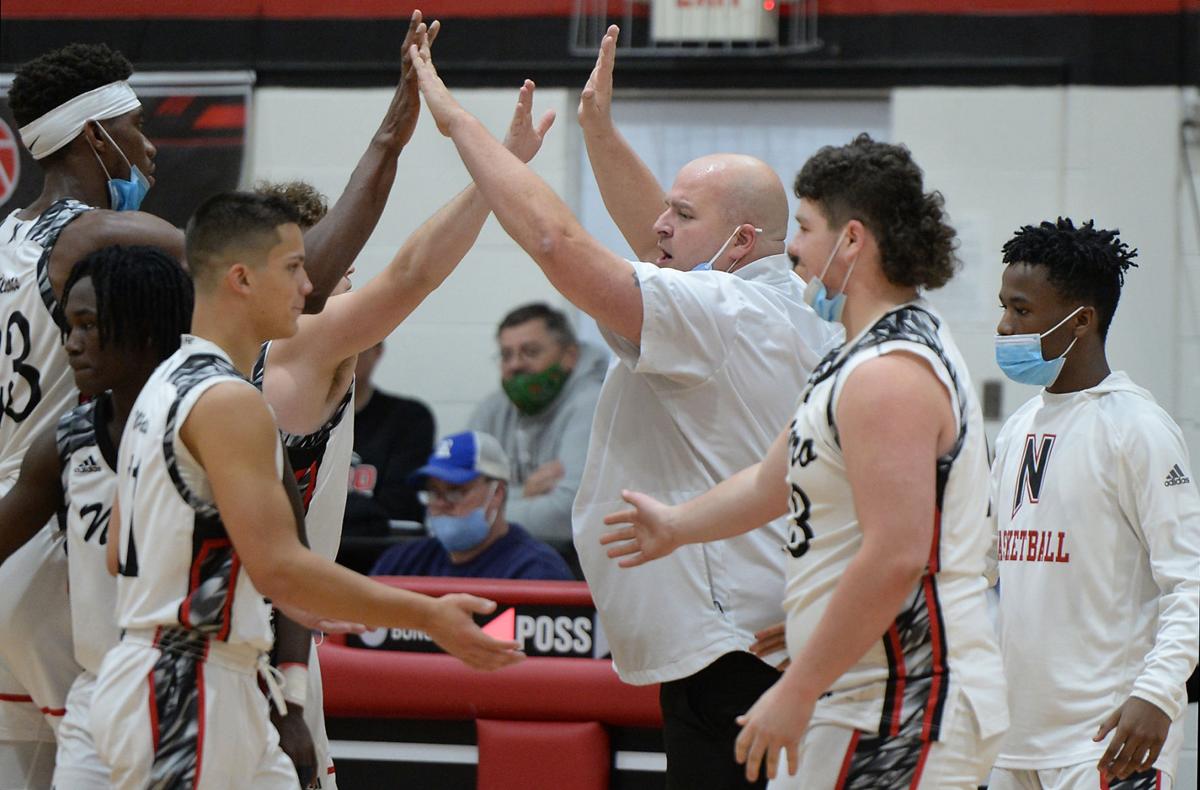 Nitro Coach Austin Lowe high-fives his players during a timeout in the third quarter with Ripley. 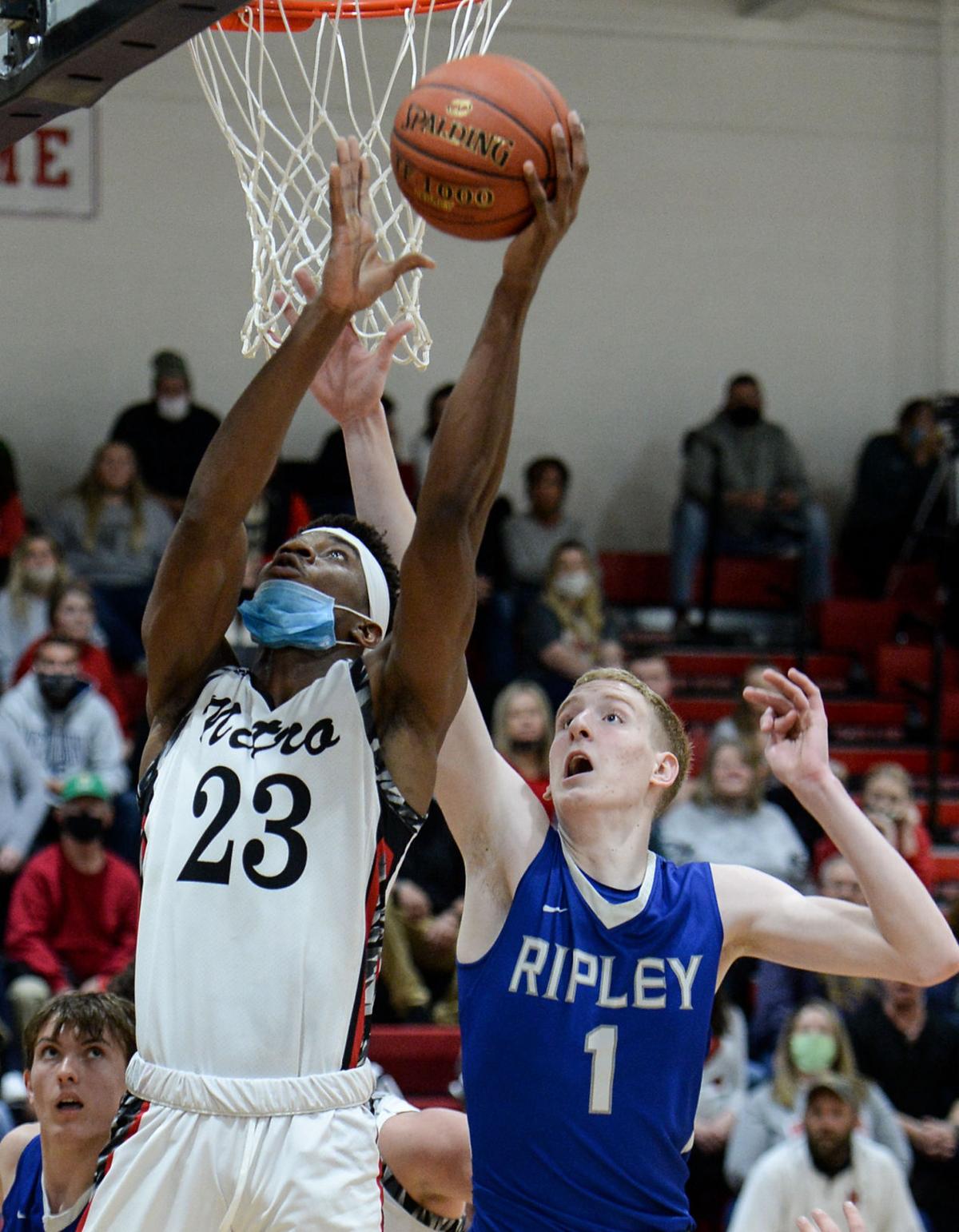 Nitro’s Joseph Udoh (23) puts up a shot as Ripley’s Luke Johnson (1) tries to defend in their sectional tournament semifinal Wednesday night at Nitro.

Nitro Coach Austin Lowe high-fives his players during a timeout in the third quarter with Ripley.

Nitro’s Joseph Udoh (23) puts up a shot as Ripley’s Luke Johnson (1) tries to defend in their sectional tournament semifinal Wednesday night at Nitro.

At halftime, even with his team ahead of Ripley 25-21, Nitro coach Austin Lowe wasn’t pleased with the way his team was playing defense.

In particular, Lowe was dissatisfied with 6-foot-9 Joseph Udoh, whom he felt was losing his battle inside with Ripley’s 6-9 Luke Johnson. So Lowe told Udoh so. He apparently listened.

The win sets up a rematch with Cardinal Conference rival Winfield in the sectional title game at 7 p.m. Friday at Nitro (14-3), the top seed in Section 1.

Johnson had six points and five rebounds at halftime, keeping the underdog Vikings (8-10) afloat. But in the second half, he was 1 of 6 shooting for two points and added just one rebound, working his way into foul trouble. Udoh, meanwhile, had nine points, seven rebounds and two blocks in the second half as Nitro rolled up leads as large as 25 points.

“We challenged him at halftime,’’ Austin Lowe said of Udoh. “I thought Johnson outplayed him, and I told him that. He came out in the second half and played much better. We rebounded the ball well and he was way more active. When he’s not active, we’re just not being good. Then he made a couple of highlight plays for us that made us look really good.

“I thought Johnson pulled him away from the rim [in the first half] and we tried to clog it a little bit more in the second half, and it worked out for us.’’

Another bit of good news came earlier in the game when Wildcats point guard Trey Hall returned after missing the last nine games with what had been diagnosed as a high-ankle sprain with complications that would sideline him for the rest of the regular season. The Wildcats went into a slight funk when Hall went down, but seemed revitalized on Wednesday. Hall didn’t start but played several minutes and had a basket and a few assists.

Austin Lowe said some of the malaise of not having Hall to direct the offense had also affected his team’s defense lately.

“The last week or so of the regular season, I thought we had developed some bad habits defensively,’’ Austin Lowe said. “And these last couple weeks, I think we’ve gotten to fix those bad habits, and I think we proved that tonight.’’

Johnson wasn’t the only Viking to experience a second-half slowdown. Cade Goode had all eight of his points in the first half on 3 of 4 shooting and managed only one shot after the break. Ripley committed 13 turnovers to limit its own offensive opportunities.

Vikings coach Luke Parsons said it was a combination of Johnson’s foul problems and other issues.

“It was that,’’ Parsons said, “and they came down and made shots and we got lost [on defense] a few times and we didn’t make shots. For a five-, six-minute stretch there, we didn’t score the ball. That gave them a 15-point lead and that was all she wrote. But I’m proud of my guys for executing the game plan. It just didn’t work out the way we wanted.’’

Brady Anderson came off the bench to lead the Vikes in scoring with 10 points.