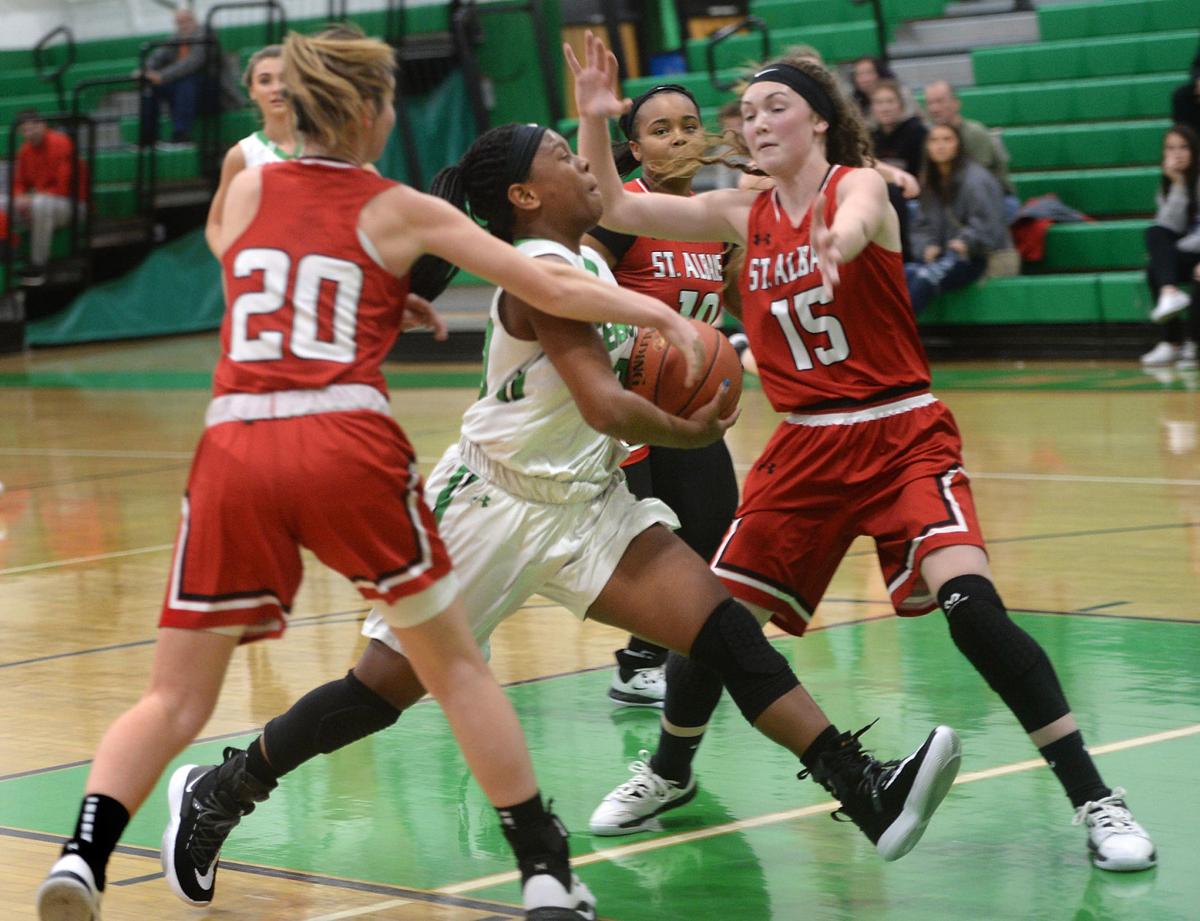 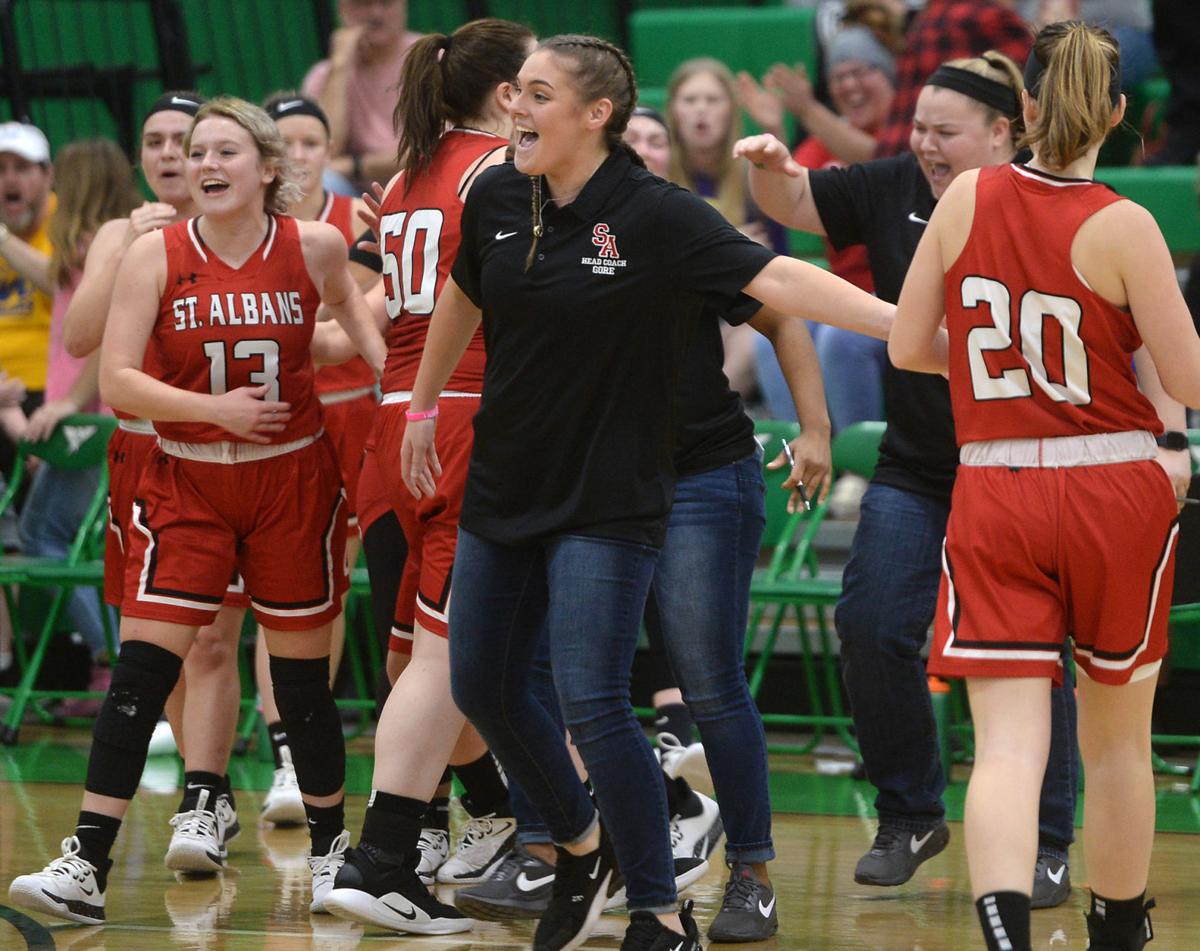 There is a lot to read between the lines of Winfield’s season-opening wins over Hurricane and St. Albans, and most of it is positive.

The Generals will begin the Class AA portion of their schedule with a home date against Sissonville on Thursday, a game at Mingo Central on Saturday and a home tilt with Poca on Dec. 17 accounting for their next three contests.

In earning a pair of hard-fought wins over Class AAA competition to start the year, Winfield has put itself in a good early spot. The team is traditionally one that improves over the course of the season as multi-sport athletes readjust to life on the hardwood.

In Thursday’s 53-42 victory over the Red Dragons, each of Winfield’s top six players were still shaking off a bit of rust with Mara McGrew, Kierstyn Doss and Emily Bryant coming straight into basketball from a soccer state tournament appearance. Lauren and Emily Hudson, the team’s forwards, both made a run to the state tournament in volleyball.

Those late, extended seasons left the Generals with a little less time to work out the kinks than most teams. But maybe even more than the multi-sport athletes, the offseason plight of senior point guard Z.Z. Russell has put the Generals’ spark plug a bit behind as well.

Russell, a four-year starter, was absent from the Generals’ opening-game starting five against the Redskins, though she did come in off the bench. Russell started against St. Albans but her minutes were managed as she overcomes an injury that — to hear her describe it — is teeth-clenching to say the least. She was in a cast until the beginning of practices.

“I had two cysts on my tibia and my talus,” Russell explained of the injury to her heel. “I had some swelling, so they wanted to put me in a cast for six weeks so I couldn’t take it off — they were going to put me in a boot, but they know I’d just take it off and do whatever I wanted — so they decided to put a cast on, really just for the cyst to mold into my bone and not keep growing and expanding.”

Russell was the driving force behind a state-semifinal run three seasons ago as a freshman. After two postseason exits without another state-tournament appearance, the time is now for the Generals and a large group of seniors that includes McGrew, Bryant and both Hudson sisters.

To get back there, the team will need Russell and her athleticism in the team’s pressure defense as well as her ball handling and slashing abilities. The feeling around the team is that Russell is well on her way and a game-high 15 points in the win over St. Albans is just a sign of what’s to come.

“I think she has to get her confidence up,” Winfield coach Kelsey Spang said. “As soon as she gets in her flow and gets some shots underneath her belt and some positivity coming from her actions on the court, that’s going to further progress her emotional and physical well being on the court.”

Speaking of a work in progress, coach Shayna Gore’s installation of her system at St. Albans showed flashes of good and flashes of bad in that 53-42 loss to Winfield.

Gore has said from the start that her goal is to bring a high-paced attack to both ends of the court. For a team that traditionally has been more of a half-court-set kind of offense, the change has been and will continue to feature some ups and downs, at least early in the season.

“We’re fast enough — I have a bunch of soccer players and track runners,” Gore said. “When we get out, we’re dangerous and that’s what I’m trying to get them to do. But once I get them to do that, they think, ‘Oh, I’ve got to go super-fast,’ and they don’t know how to slow down yet.”

For Gore, a 23-year-old who was recently a prep standout herself at Logan before a tremendous collegiate career at Marshall, the learning process isn’t limited to just her players. Just a game into her coaching career, Gore admitted that she’s learning quite a bit as well, both about coaching and what it was like for her coaches growing up.

“They have selective hearing,” Gore said. “Now I understand why [Marshall] Coach [Tony] Kemper and [Logan] Coach [Kevin] Gertz and my dad wants to yell. [Gore’s players] say, ‘I can’t hear you,’ and I’m screaming as loud as I can. There’s no way.”

An early team to keep an eye on, especially in the Kanawha Valley, may be Buffalo.

The Bison are off to a quiet 2-0 start with wins over Elk Valley Christian and Wirt County and return a large bulk of the roster from a squad that finished 9-13 a year ago. That was an improvement from 3-19 the season prior.

Sophomore Abby Darnley, a standout in softball, made the All-Kanawha Valley rookie team a year ago while averaging 11.7 points. Though only two games into the season, Darnley, sophomore Kaylee Bowling and freshman Chloe Hale have all reached double-figure scoring in both of Buffalo’s wins.

A look ahead on the schedule shows a big home game against Charleston Catholic. The squads split their season series a year ago.

Beyond that? On paper at least, there would seem to be several winnable games. Don’t be surprised if the Bison are among the local squads sporting a winning record by season’s end.

Just in the second week of the season — and the first for boys basketball — the Kanawha Valley will have a showcase of basketball on both sides next weekend at YMCA of Montgomery Gymnasium.

The FCA Hoops Classic will be held over two days with boys and girls games scheduled for Friday and Saturday.

At YMCA of Montgomery Gymnasium