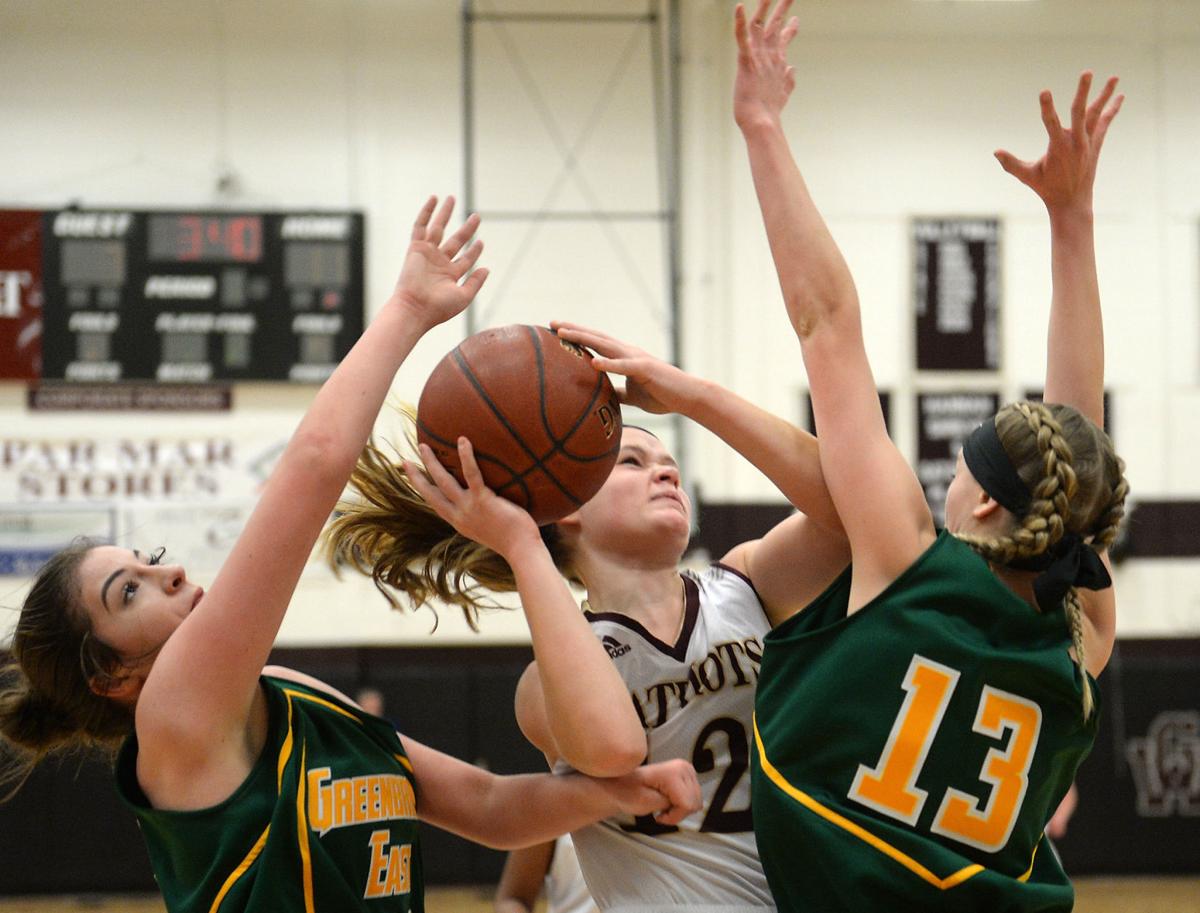 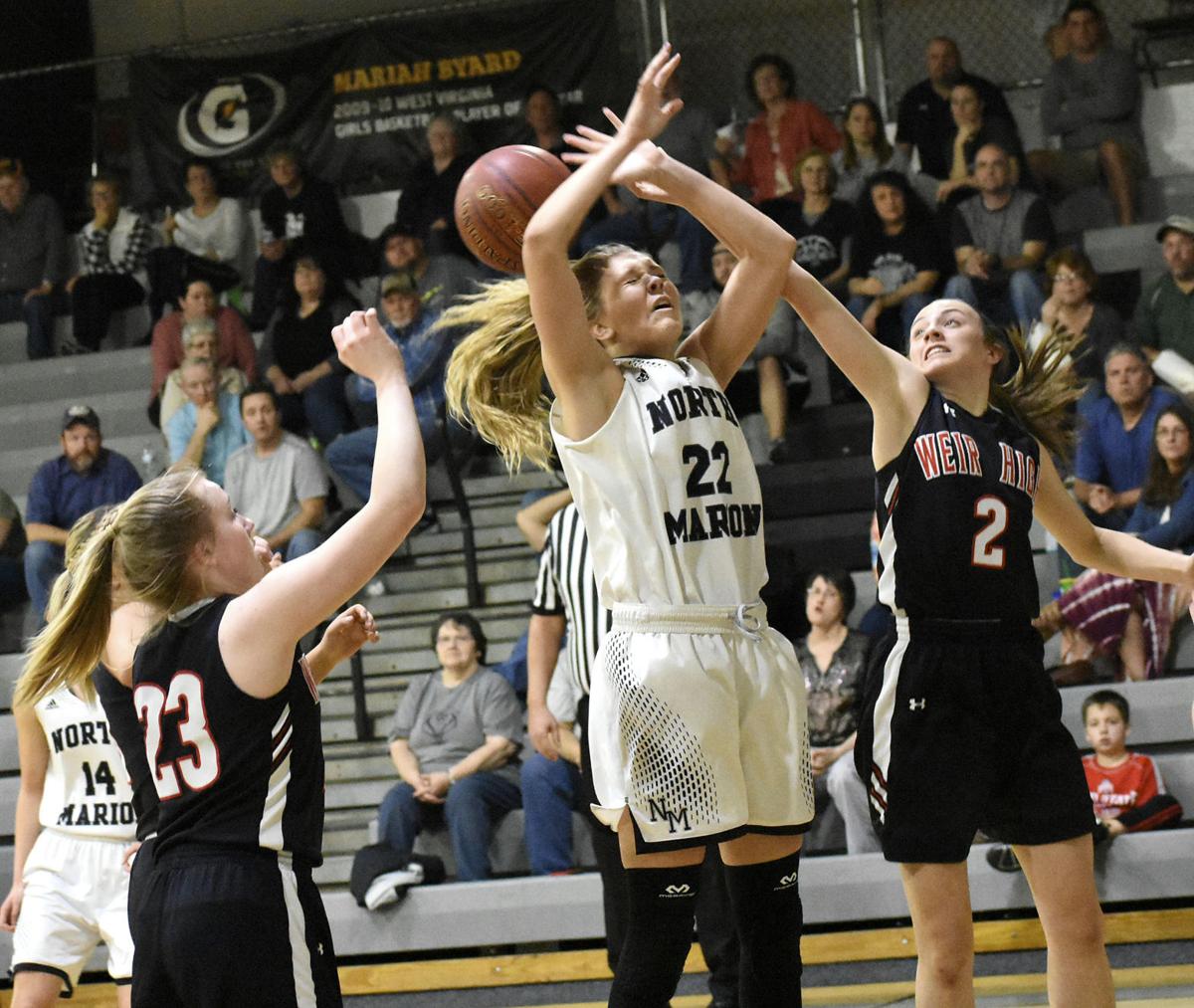 North Marion’s Cara Minors (22) battles for a rebound against Weir in a February game. 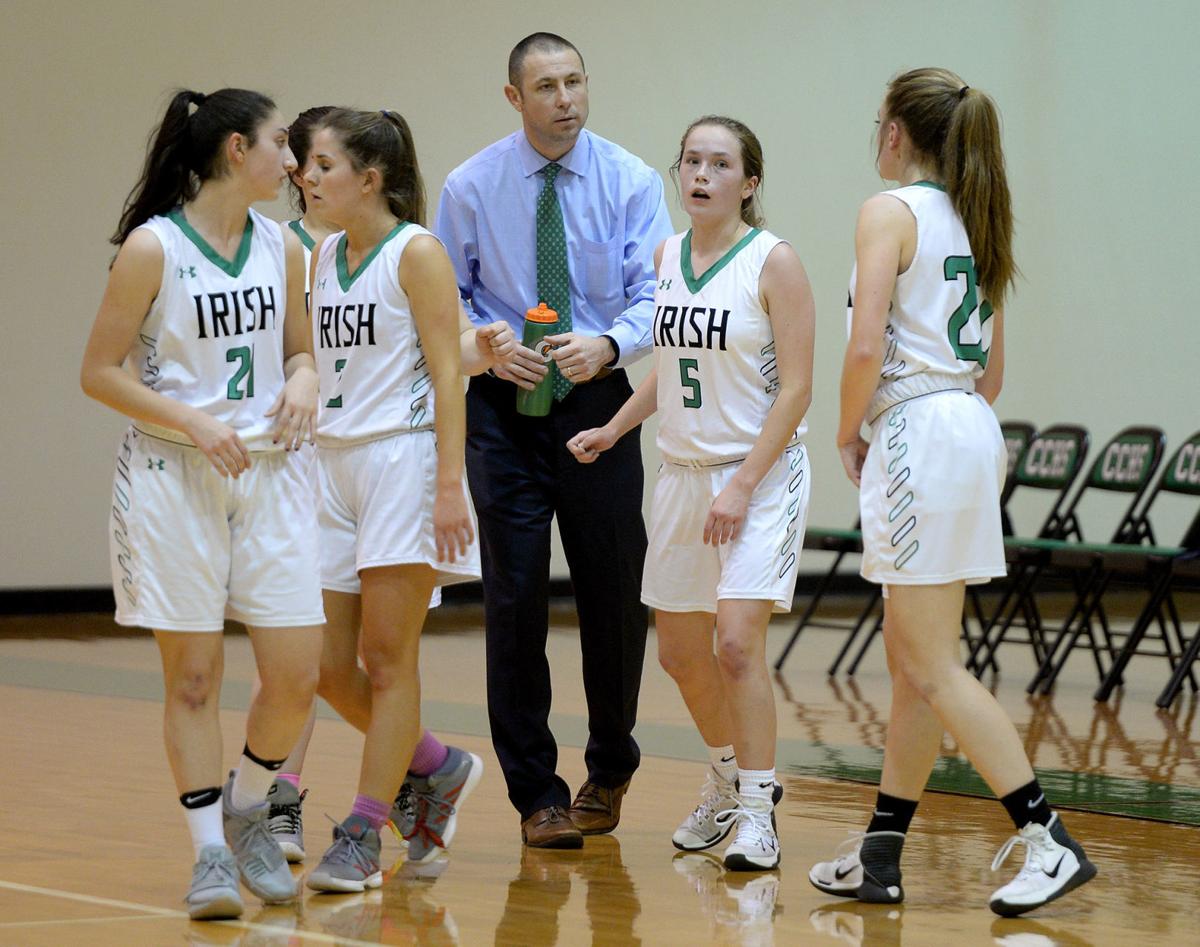 North Marion’s Cara Minors (22) battles for a rebound against Weir in a February game.

Class AAA No. 5 George Washington (17-8) will be a minor underdog in terms of seeding when it takes on No. 4 Wheeling Park (17-6) at 11:15 a.m. Thursday. Class A No. 8 Charleston Catholic, meanwhile, will attempt to pull one of, if not the biggest upset in state tournament history a little later that evening.

New state champions will be crowned in Class AAA and Class AA, with 2016-17 champions Huntington and Fairmont Senior not making the tournament field. St. Joseph is back, attempting to defend its Class A crown.

It all starts at 9:30 a.m. Wednesday with a Class AA matchup between No. 3 Wayne (24-1) and No. 6 Logan (18-7). Semifinals will be played on Friday and championship games on Saturday, culminating with the Class AAA title game at 7:15 on Saturday night.

Catholic will square off against No. 1 St. Joseph at 5:30 p.m. Thursday. Catholic has been a nice Cinderella story this postseason, claiming sectional and regional championships after a 7-13 regular season. While its run has included wins over solid teams, trying to go toe-to-toe with St. Joe is an entirely different prospect altogether.

“Trying to find weaknesses with them is not an easy task,” Catholic interim coach Wes Hevener said. “We’ll come up with a plan to try to put the girls in position to be successful, but the main thing is, we just want to come out and compete. As long as we can compete and the effort is there, we will live with the results.”

St. Joseph (17-7) is undefeated against in-state competition and that includes two wins over Class AA No. 2 Wyoming East and wins over Class AAA No. 3 Parkersburg and No. 5 GW. A state title would give St. Joe its ninth in 10 years.

The team is balanced in its scoring with sharpshooter Paige Shy leading the team at 16.7 points per game and point guard Dena Jarrells just behind at 15.7. Bailee Adkins averages just under 10 points.

Hevener took over after coach Zack Bogan left for personal reasons midway through the year and after a 2-8 start, Catholic (11-13) has rallied to get back to the state tournament for the fourth time in five years. Point guard Jordan Keener averages 11.1 points per game but the Irish have gotten here mostly because of defense. During its current five-game win streak, Catholic has yielded an average of 28.6 points per game.

As a byproduct of the team’s current run, Catholic has gathered momentum and, maybe more importantly, confidence.

“One-through-eight, the confidence as a team has grown tremendously,” Hevener said. “When you’re seeing that success, it’s easy to buy in. It’s easier to do things harder in practice knowing you’re seeing the results on the court. Everybody is stepping up in every game.”

While Catholic prepares for its stiffest challenge of the year, GW is preparing to play a game coach Jamie LaMaster and junior guard Katy Darnell agree may resemble playing in front of a mirror.

“They’re built like us,” Darnell said. “They all can shoot, they run the floor and get to the basket. We just need to lock down, play defense and watch their runouts.”

Lacy is one of a group of eight freshmen on the roster, with point guard Dee McMillan serving as the team’s lone senior and Darnell the team’s only junior.

Park (17-6) is led by senior guard Kylie McKennen (9.2 points per game) and freshman center Bella Abernathy (8.4 points per game) and has won eight of its last nine games. Park made the state semifinals a year ago before being dispatched by Buckhannon-Upshur, this year’s No. 1 seed.

GW limped to a 10-13 finish a year ago before surging back into the state conversation this year, using a dramatic and at times frantic 90-81 win over Greenbrier East in a Region 3 co-final to punch its ticket to the Civic Center.

“It was just the re-commitment my players made to GW basketball,” LaMaster said. “That left a really bad taste in my mouth and theirs last year, being knocked out in the first round of a section. We’re usually in the regions and things like that and ended up with 10 wins. I could tell right in the summer it was going to be different. The chemistry was great all the way through, the kids came out and worked every Sunday and it carried right into the practices. They’re great kids. No drama, no issues.”

“Being able to get back really means a lot, because we’ve worked so hard this season,” Darnell added. “I’m so excited.”

The winner of the GW/Park tilt will set up a semifinal matchup with the winner between No. 1 Buckhannon-Upshur and No. 8 Spring Mills, a game slated for 7:15 p.m. on Wednesday. The Catholic/St. Joseph winner emerges to play the winner of Parkersburg Catholic and Summers County at 7:15 p.m. on Friday night.