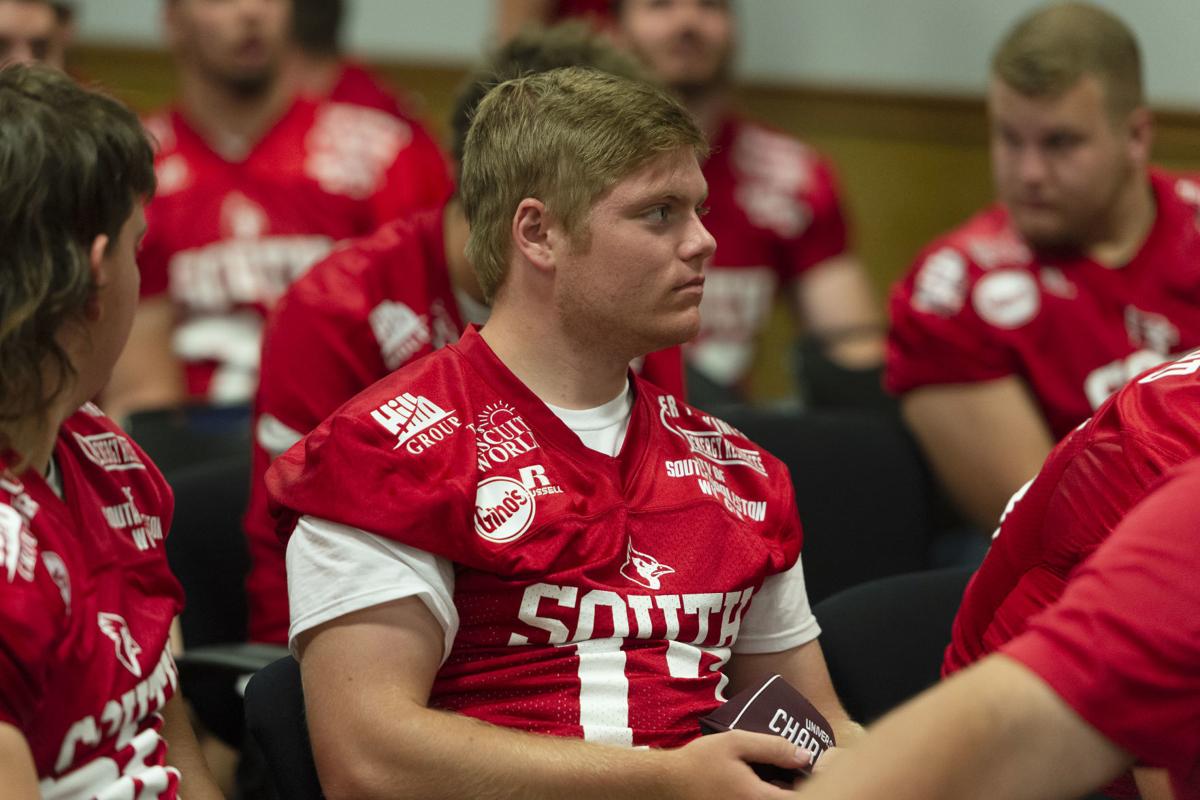 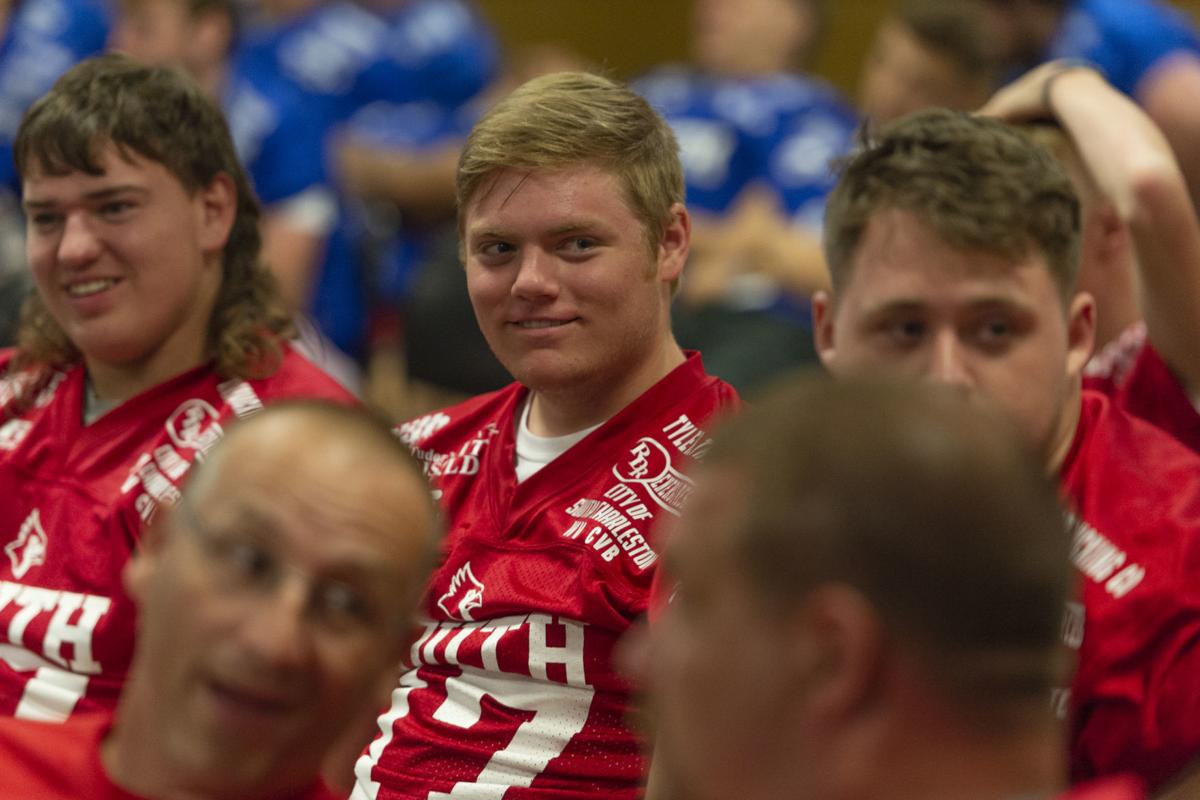 The South’s kicking game was nothing special last year, so a call was put out for Hurricane’s Tim McCutchen.

One of the main shortcomings for the South in last year’s 42-20 loss was an all-around failure in the kicking game. Its three punts averaged 19.7 yards, an extra-point attempt was missed and the North returned three kickoffs for good chunks of yardage — 45, 40 and 31 yards. As a result, field position was a problem all day for the South.

Perhaps the game’s key play also involved special teams: With the North up only 28-20 early in the fourth quarter, the South shanked a punt from deep in its own end that traveled just 14 yards and the coverage team overran the ball. The North’s Brett Tharp alertly scooped it up and ran 30 yards for a touchdown and a 35-20 lead.

Enter McCutchen, who handled all the kicking duties for Hurricane as a junior and senior — handled them quite well — after transferring in from the Charlotte, North Carolina, area.

Last fall with the Redskins, McCutchen connected on 7 of 8 field goals (with boots of 42 and 44 yards) and 26 of 28 extra points (one was blocked). He also averaged 40 yards per punt, with none blocked and 12 of his kicks being downed inside the opponent’s 20-yard line. On kickoffs, he averaged 56.7 yards, often placing the ball in a designated corner spot just shy of the goal line to allow his coverage team the chance to pin the runner deep in his own end.

McCutchen said he hopes to solidify those aspects of the game for the South on Saturday.

“I’m a special-teams guy,’’ he said. “I don’t like to worry about kicking or punting because special teams is my thing. I’d like to be a coach some day, so knowing all aspects of it would be great.’’

The North-South game’s special set of rules doesn’t necessarily give extra protection to punters and kickers, but game director Bob Mullett said six officials are used to “keep the game moving’’ and the players are “coached up’’ to protect themselves and opponents. McCutchen interprets it as if he’s not going to face a big rush when he’s kicking.

“The easiest part about this game is there’s no pressure,’’ he said, “so worrying about anybody coming at me isn’t really on my mind. Worrying about field position and where to put the ball will be the main part of the game for me. It won’t be as challenging as a real game, but I can see why the field position will be big.’’

As a junior at Hurricane, McCutchen was a perfect 40 of 40 on extra points and 8 of 14 on field goals (long of 40). None of his 48 punts were blocked and he averaged 33 yards. He was also tasked with placing kickoffs inside the 10 to limit return yardage, but as his leg grew stronger the following year, he was allowed to bomb kicks into the end zone for touchbacks — usually.

McCutchen is bound for the University of Charleston, where he hopes to get a leg up on winning the Golden Eagles’ place-kicking job. Last year, UC was a mere 6 of 15 on field goals and 30 of 34 on PATs.

“They’re looking for more accuracy than they are power,’’ McCutchen said, “and I’m more of an accurate kicker. Fifty yards and in, I’m pretty solid. Anything outside that’s a little riskier.’’

During Tuesday’s North-South media day, a time when his more widely known teammates were granting interview requests, McCutchen got a spirited cheer from the rest of the South squad when his number was called for an interview.

“They’ve been making me feel like I’m at home,’’ McCutchen said, smiling. “When they’re on possession [at the practice field], you just stand off to the side waiting your turn.’’