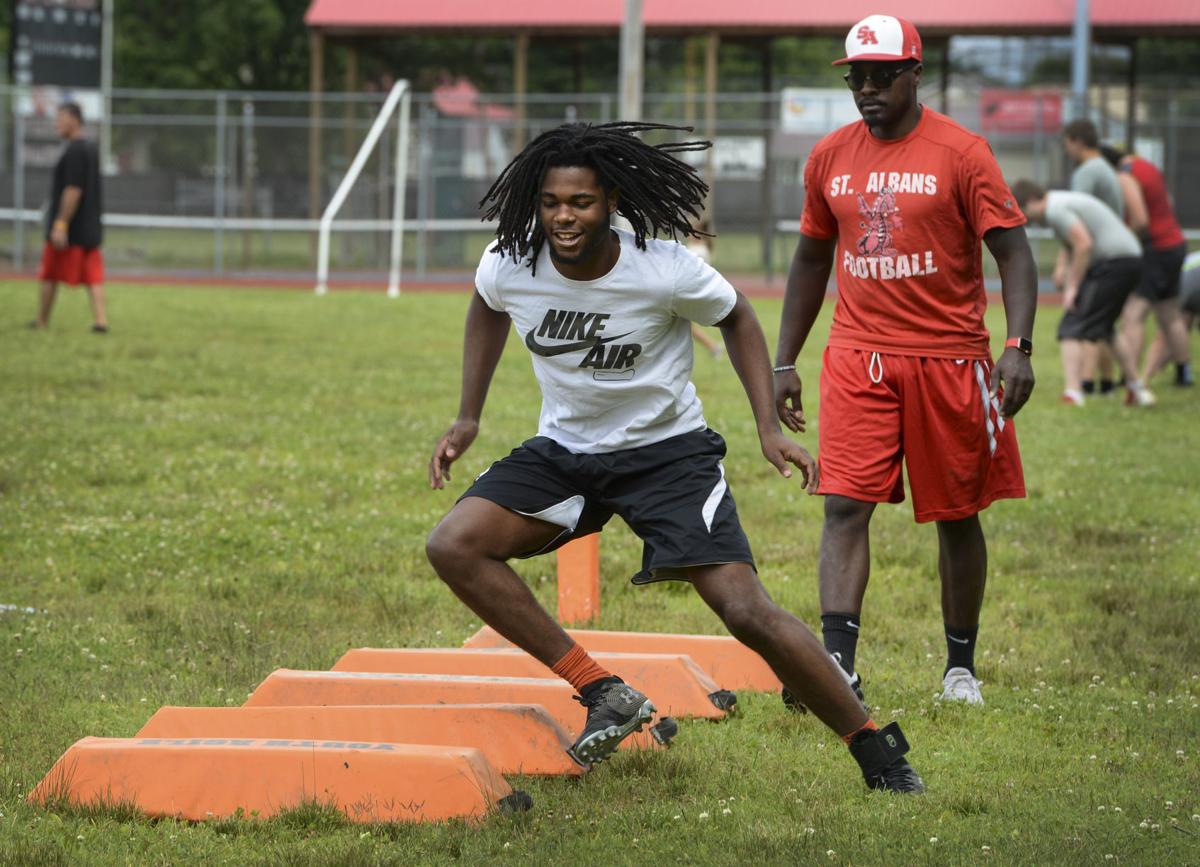 Football is a collision sport, so how can high school teams get ready for the 2020 season when no contact will be allowed until at least Aug. 11? 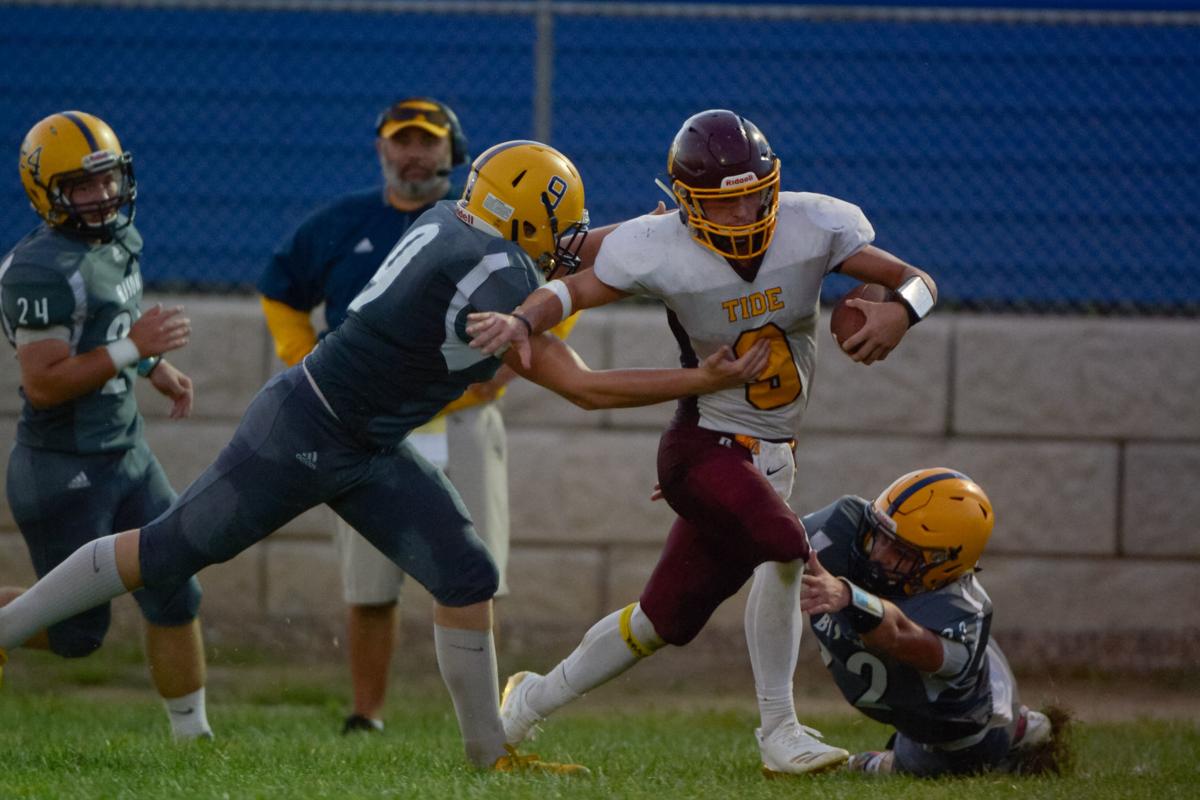 Open-field collisions are part of the game in football. State high school teams aren't permitted to wear pads during any of the three phases of the SSAC comeback plan. 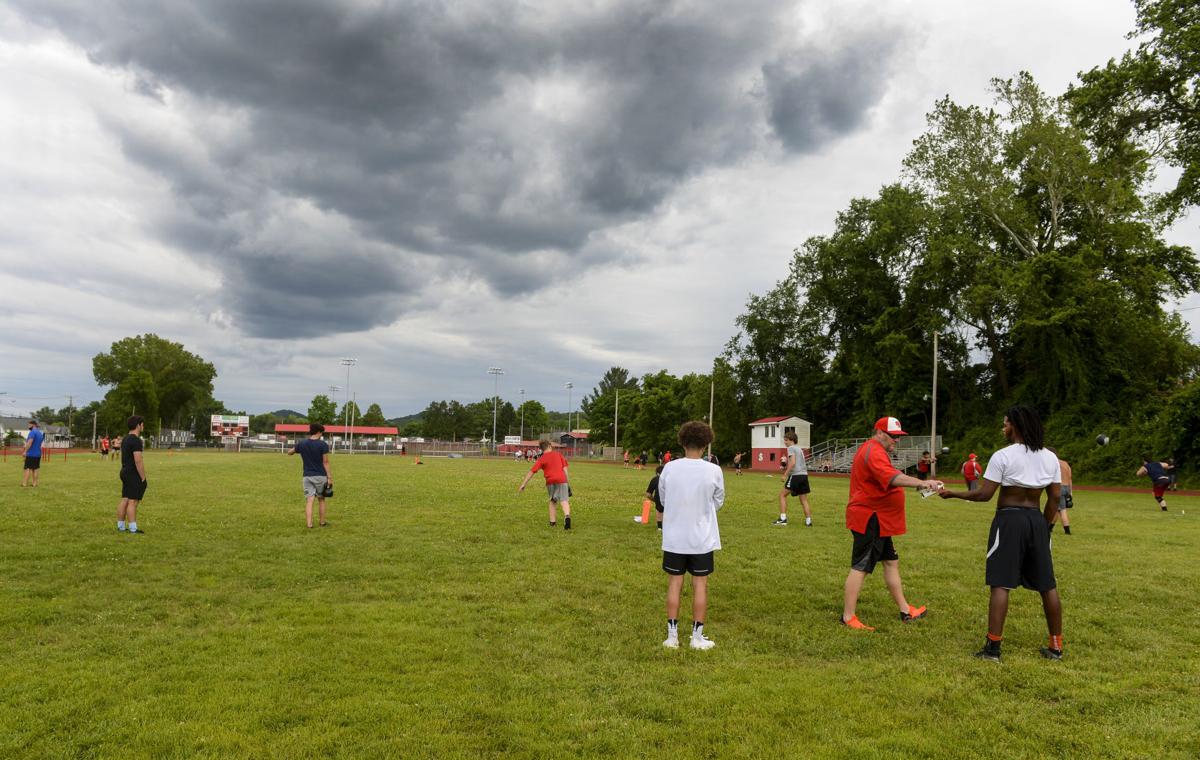 Football is a collision sport, so how can high school teams get ready for the 2020 season when no contact will be allowed until at least Aug. 11?

Open-field collisions are part of the game in football. State high school teams aren't permitted to wear pads during any of the three phases of the SSAC comeback plan.

After going three months without seeing their players face to face due to the coronavirus pandemic, prep football coaches in West Virginia were rewarded with seven full weeks to get their players ready for preseason workouts in August.

But there’s a catch. Actually, two.

Even during the traditional three-week summer practice period, no live contact is permitted in drills, and no personal equipment can be worn (helmets, shoulder pads). That certainly taxes the approach coaches will take in the coming weeks as they embark upon or continue with the Secondary School Activities Commission’s three-phased comeback plan for high school athletics.

Players in Putnam and Cabell counties began Phase 1 of the SSAC plan last Monday, while most Kanawha County teams start their workouts this week. Phase 1, which covers June 8-19, and Phase 2 (June 22-July 3), focus on strength, conditioning and agility. No sports-specific drills can be held.

When the three-week period arrives (July 6-25 for Kanawha and Putnam, July 13-31 for Cabell), teams can actually start throwing footballs around, but must avoid live contact and cannot scrimmage against other schools, meaning no 7 on 7 passing games or the like.

“We have to find a way to get around that and get creative, doing things differently from what we used to do. Last year, we had a great intersquad practice with Poca, and it was neat to compete with a different school, and now we can’t even have contact with ourselves. It will be most difficult to acclimate ourselves for August when we can’t have that contact, and that’s the biggest hurdle to overcome.’’

As it stands now, the first time football players can wear pads will be Aug. 7, or the fifth day of preseason practice, and their first crack at live contact comes on Aug. 11, which is 17 days before most teams open their respective seasons.

Herbert Hoover’s first-year coach, Joey Fields, said the cold, hard facts about a lack of contact concern himself and his coaching staff. The three-week period came into existence in 2003 and it’s safe to say that the lingering effects of COVID-19 will change up those practice plans now more than ever.

“It does. It definitely does,’’ said Fields, the former Mingo Central coach. “It’s different than what we’ve been used to. We use that time to build up mental strength, and all those things. The three-week period has always been beneficial to me. Hopefully, things start to loosen up and get normal faster than we ever envisioned.

“It’s unfortunate, and I think that teams that have kids back, or an older team, have the advantage, especially during a time like this. I’m building a coaching staff. I’m building schemes on both sides of the ball, getting to know players. Just the facts of it, taking it one day at a time.’’

Seth Ramsey, who begins his sixth season at Poca, admits he might be in a better position because of the amount of experienced players he has returning.

“We’re not in as bad a shape as we could be,’’ he said, “because we have a veteran ballclub coming back. A lot of guys played a lot of football for us and are familiar with our schemes and what we’re doing offensively, defensively and with special teams. We’ve got all our special teams guys but the long snapper coming back. With an older group, it might not hurt us as much.’’

Sissonville coach Marc Wilson noted that his players will have already missed one week of conditioning by the time the three-week period arrives because the Kanawha County Board of Education didn’t get around to approving the SSAC’s plan until Phase 1 had already started across much of West Virginia.

“What concerns me about this whole conversation,’’ Wilson said, “is that we’re talking about player safety in a complete realm but only from the perspective of COVID-19, which obviously trumps everything.’’

Wilson pointed to the 10 “legal duties’’ of a football coach as spelled out in the SSAC’s sports medicine coaches packet that’s distributed before each season. The duties include proper planning, instruction and supervision of football activities, warning of inherent risks and providing safe and proper equipment.

“I am legally protected as a coach,’’ Wilson said, “but what if I improperly warned people of the inherent risks of showing up to strength and conditioning and outdoor running sessions? What if there’s a lawsuit if a kid gets injured because of a lack of training?

“We’re in uncharted territory, so it’s not unreasonable to ask them to be flexible. We don’t look at this from a practice standpoint. Rather, we’re getting our kids ready to safely compete in the game of football.’’

Daugherty considers this summer a “challenge’’ for getting his athletes in shape and keeping them on task.

“You think about it,’’ Daugherty said, “and you can’t have any sports-specific activity, and that’s really our first time to do schematic-type things for kids, sports-specific drills and fundamentals. We used the time [in past years] to increase our fundamentals, and it’s a huge plus for our state to do that.

“I’m looking forward to the challenge. Again, you want the kids to be in there, and we’re also excited to get with the kids. I 100 percent back the restrictions, but from a coach’s standpoint, it will be difficult to accomplish and acclimate the kids for August. We’ll just have to rack our brains and figure it out and make the most of it, really.’’

George Washington athletic director Shawn Wheeler said the three-week practice period will be quite different across the board, not just for football, but for all sports this summer.

“Because you can’t participate with other schools,’’ Wheeler said, “the three-week practice period is going to be like a practice. You’re going to be getting in shape in the three-week period, too, but in the past you were going out and playing games, which is still conditioning, but it’s different.

“I think the kids are just happy to be back together in some fashion, and have some sense of normalcy.’’