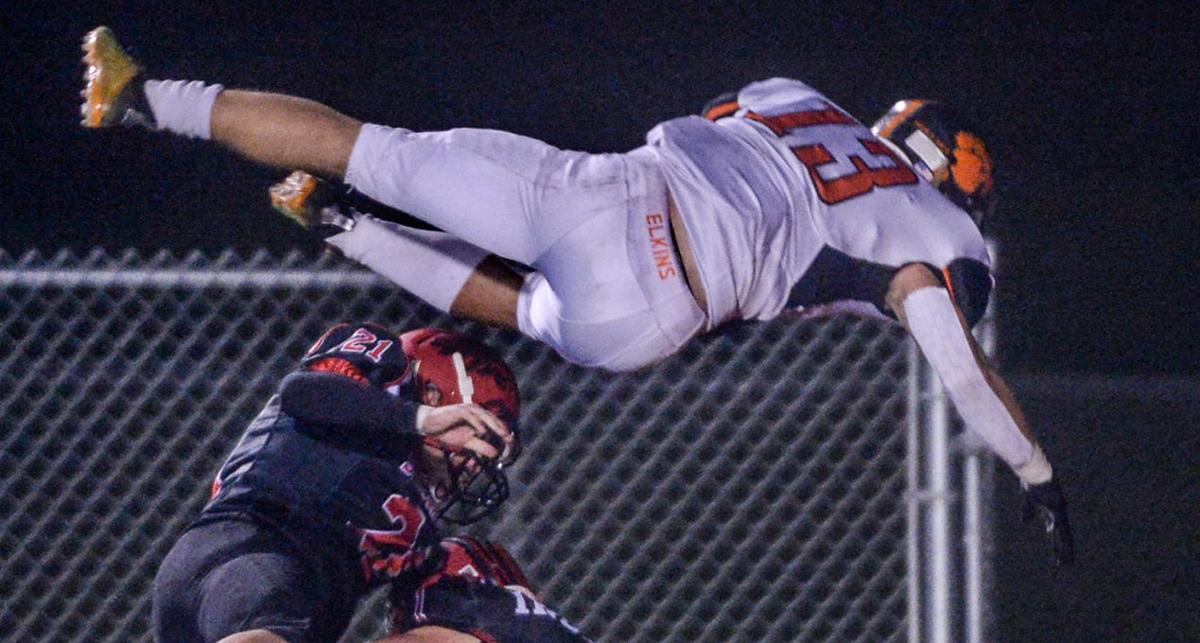 Elkins’ Dante Ramirez leaps over Sissonville defenders Brian Mitchell (21) and Nicholas Haning (1) for a touchdown in the second quarter. 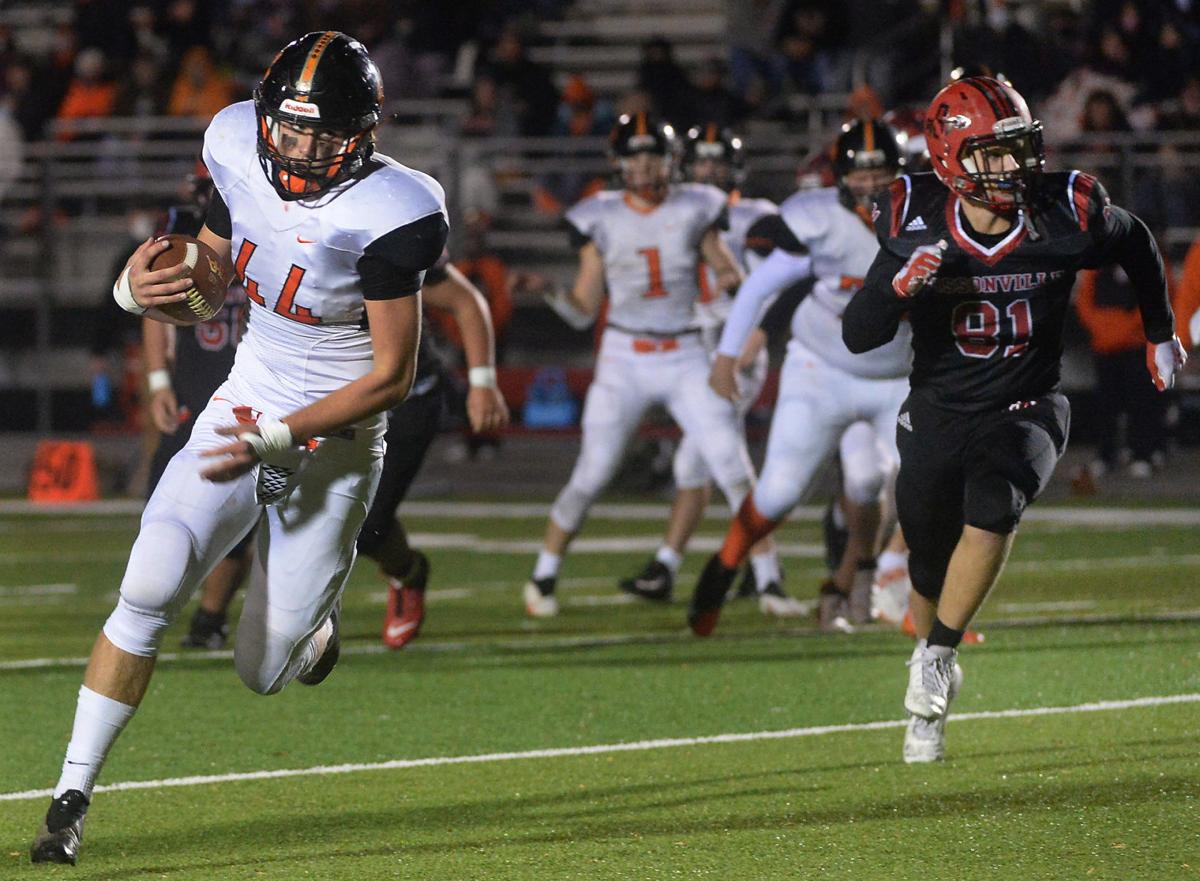 Elkins’ Peyton Isner turns the corner and heads for the end zone for a touchdown after catching a pass from quarterback Rodney Vandevender against Sissonville.

Elkins’ Dante Ramirez leaps over Sissonville defenders Brian Mitchell (21) and Nicholas Haning (1) for a touchdown in the second quarter.

Elkins’ Peyton Isner turns the corner and heads for the end zone for a touchdown after catching a pass from quarterback Rodney Vandevender against Sissonville.

Elkins made its first prep football playoff win a memorable one.

Coming in as the No. 16 seed in the Class AA quarterfinals, Elkins pulled off a stunning upset, knocking off top-seeded Sissonville 42-27 at Joe Sawyers Field on a brisk Friday night.

Sissonville (5-1), which has won just one playoff game in the past 26 years, looked poised to record one this season but had to match the Tigers score for score in the first half as penalties and turnovers kept its offense at bay. Senior running back Dylan Griffith was held to 38 yards on 8 carries in the half.

Elkins (6-3), a member of the Big 10 Conference in the northern part of the state, came into the game having not played a postseason playoff game since a 69-33 loss to Huntington in the Class AAA playoffs of 2012.

The Tigers employed a very deceptive yet methodical offense as they picked up two early touchdowns on the running of senior running back Dante Ramirez, who rushed for 70 first-half yards.

“That’s a tough offense to defend and they do a good job of mixing in wing-T and single-wing principles,” said Indians coach Marc Wilson. “We just couldn’t win the battle at the point of attack. If we don’t turn the ball over as many times as we did this evening, and the critical penalties. We just didn’t do well.”

The Indians began the game on mistakes, fumbling the opening kickoff and giving the Tigers the ball on their 44-yard line. The Tigers methodically marched down field on the running of Ramirez, who skirted the end for a 10-yard score to put his team up 6-0.

Sissonville answered after having recovered an Elkins fumbled punt return at their own 33-yard line. Senior quarterback Jackson Foster then found Braeden Murray across the middle on a 41-yard touchdown toss to give the Indians a 7-6 lead.

The scoring would go back and forth until the halftime break with Elkins up 18-14.

“We’ve really hit our stride over the last few weeks on offense,” said Tigers coach Evan Hott. “For a defense its tough because you can’t key on one guy on our offense. And our line has really been able to do so many things and it all opens up holes.”

The Indians came out on fire in the second half as they immediately recovered an onside kick and marched downfield, scoring on a 2-yard plunge by Dylan Griffith to take back the lead at 20-18. Griffith went over the 1,000-yard mark for the season, finishing the game with 123 yards on 17 carries. But the Indians simply could not keep pace with the relentless ground attack of the Tigers.

With the game tied at 27-27, the Tigers’ Ramirez scored on a 98-yard kickoff return that thwarted any momentum Sissonville had in the fourth quarter.

The Tigers were able to grind out the final minutes to seal the win, scoring on a Rodney Vandevender 11 yard run to close out the scoring. For the Tigers, Trevor Smith gained 110 yards on 18 carries. Quarterback Vandevender added 94 yards on 20 totes.

The Indians’ Foster added another 35 yards in rushing to complement Griffith’s offensive output.