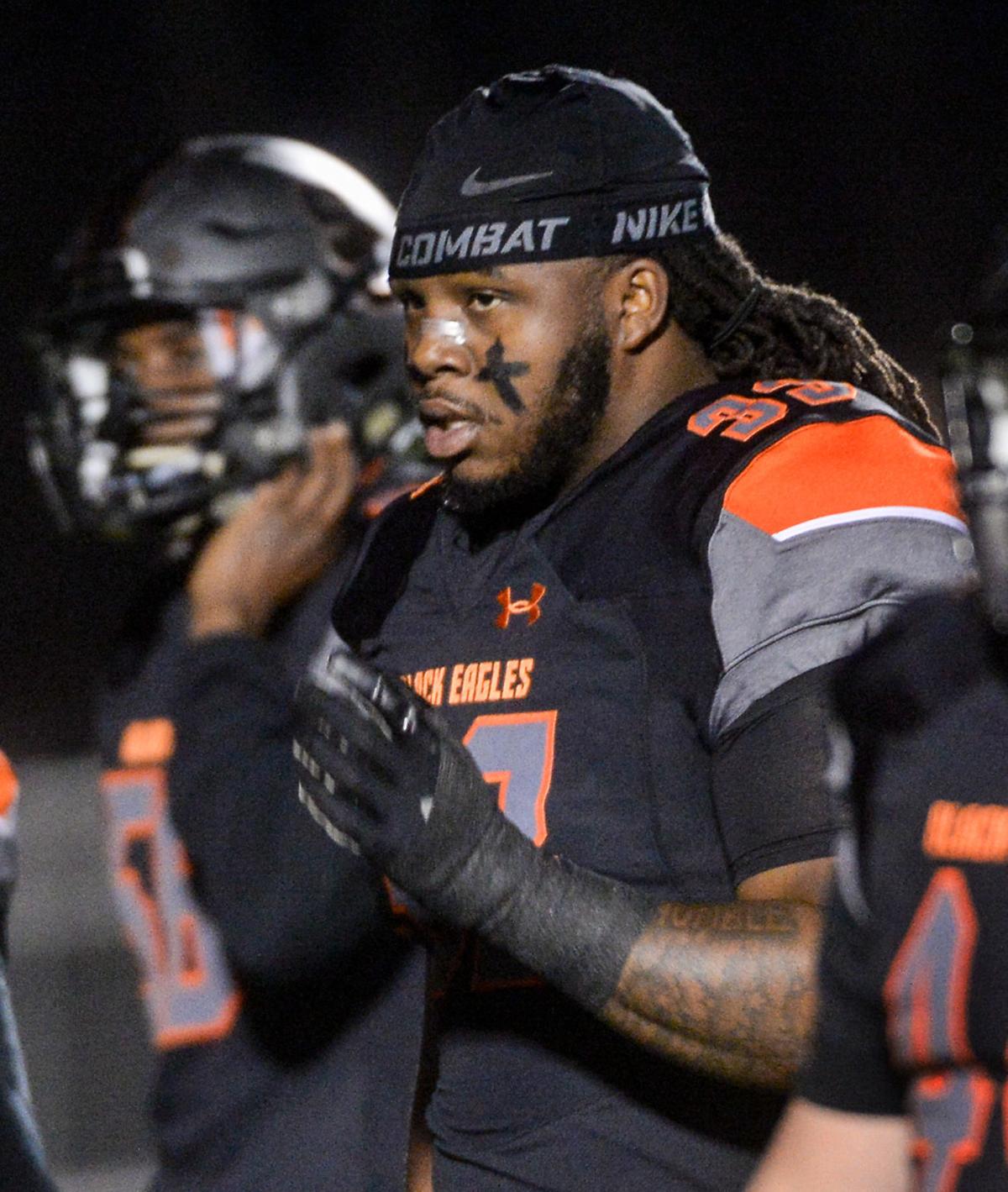 Zeiqui Lawton, a four-year starter at defensive end for South Charleston, has been selected for the Sam Huff Award as the state’s top defensive player. 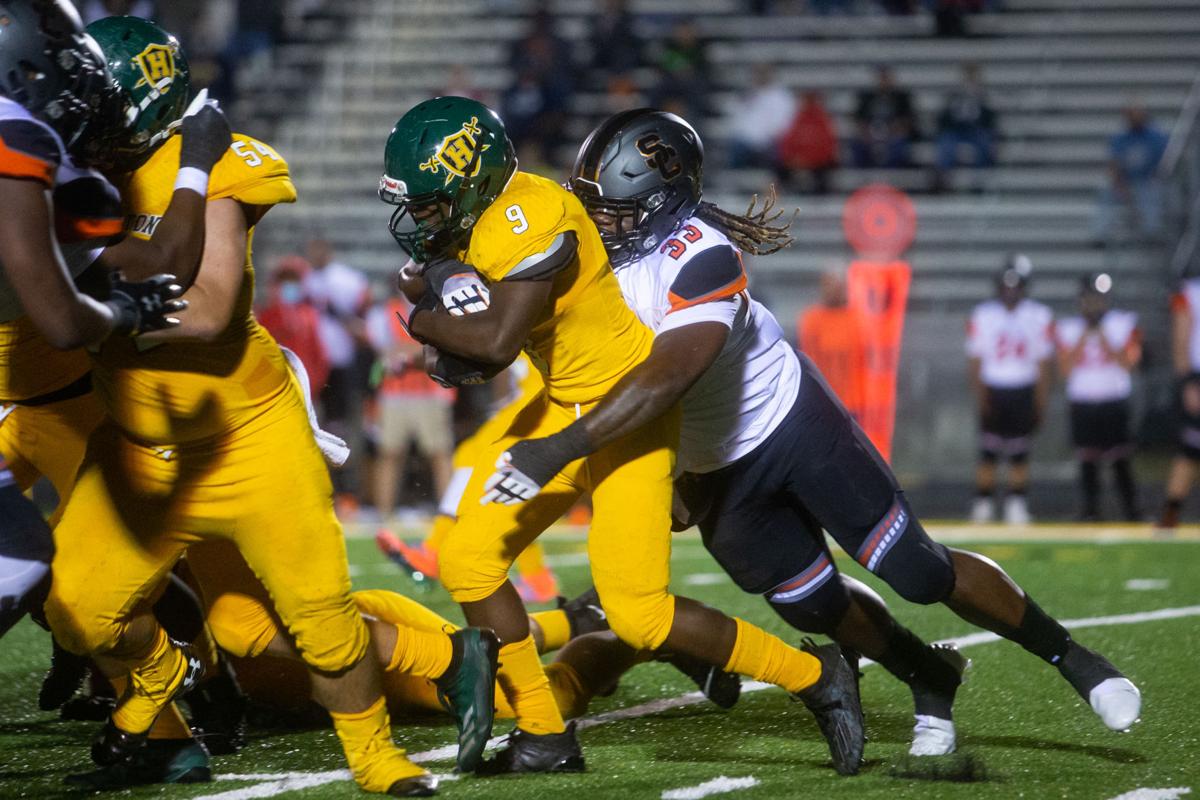 Zeiqui Lawton, a four-year starter at defensive end for South Charleston, has been selected for the Sam Huff Award as the state’s top defensive player.

When your program ends the season as the state’s Class AAA champion, you’re unlikely to harbor many regrets, but there is just this one for South Charleston coach Donnie Mays — he didn’t get to see Zeiqui Lawton carry the ball.

Lawton, a senior defensive end, capped a remarkable four-year career with the Black Eagles this season, leading the team in tackles and breaking the school record for career sacks, helping SC to a 6-0 record that was good enough to take the AAA title in the COVID-19-shortened season.

His disruptive efforts on that side of the ball allowed Lawton to capture the Sam Huff Award as the state’s top defensive player in voting by a panel representing the West Virginia Sports Writers Association. He becomes the first SC player to win the honor since linebacker Aaron Slusher in 2008 — another championship season for the Black Eagles — and just the second overall since the award began in 1994.

Lawton, a chiseled 6-foot-2 and 245 pounds, signed with the University of Cincinnati on Dec. 16, a fitting end to his football career at South Charleston. As a senior, 42 of his 48 total tackles were solo efforts, with 19 tackles for lost yardage, 10 quarterback sacks and 19 other quarterback hurries. He played in — and started in — 34 career games and collected 35 sacks.

“We’ve always had good, athletic kids,’’ Mays said. “You can start with Aaron Dobson, who played in the NFL, and look at Blake Brooks, who was pure strength, brute strength. Then you look at Kentre Grier and Tyler Harris and their pure athleticism. But when you look at brains and brawn, you look at Zeiqui, because he possesses every bit of that.

“He’s a powerful kid, he’s athletic, he’s smart and super talented. He’s a fantastic student. The sky’s the limit for him. He’s the best defensive end to ever come out of South Charleston High School.’’

Lawton, who was also the runner-up to West Virginia recruit Wyatt Milum of Spring Valley for the Stydahar Award as the state’s top lineman, felt blessed to receive the Huff Award, named after the former WVU All-American and Pro Football Hall of Fame linebacker.

“It means a lot,’’ Lawton said. “It’s been a long couple years at South Charleston High School, and to be recognized for this award is big to me, for sure. I thank all the guys, such as coaches, parents and teammates for allowing me to get this award.’’

He played defensive end all four seasons at SC and dabbled a little bit at running back, especially in his sophomore season when he carried 59 times for 352 yards and one touchdown. Lawton did not carry the ball a single time this season, even though Mays estimated that he lined up as a blocking fullback about 20 percent of the time with the team’s high-powered offense, often leading the way for sophomore tailback Mondrell Dean.

In fact, Mays only recently revealed the plan to utilize Lawton as a “secret weapon’’ in the backfield if and when the Black Eagles made it past the playoff quarterfinals.

“We were planning on using Zeiqui in the semifinals and state championship game as a running back,’’ Mays said. “You go back and look at what he accomplished when he ran the ball before and his numbers were phenomenal. We didn’t have to use him, but we always knew he was there if needed. His heart’s on defense, but when he came to us and said, ‘I’m ready if we need it. Let’s win this state championship,’ he was going to be the secret weapon no one else is ready for.

“I was excited. I wanted to see that bad. What can you do to stop us in the run game if we split ‘em all out wide and use Zeiqui in the backfield? That’s an emotion killer. You’re talking someone who’s almost 6-3 and 250 coming at you who runs 4.6 in the 40[-yard dash]. That’s difficult to tackle. If you load the box, [SC quarterback] Trey Dunn’s good enough to complete passes to make huge plays.’’

As it was, SC competed in just one playoff game — a 57-18 conquest of Princeton in the quarterfinal round. The Black Eagles advanced uncontested in their other three postseason matchups when their opponents (Ripley, Musselman, Bridgeport) weren’t able to play due to high COVID totals in their respective counties.

Lawton will be honored at the WVSWA Victory Awards Dinner on May 23 at Embassy Suites in Charleston.