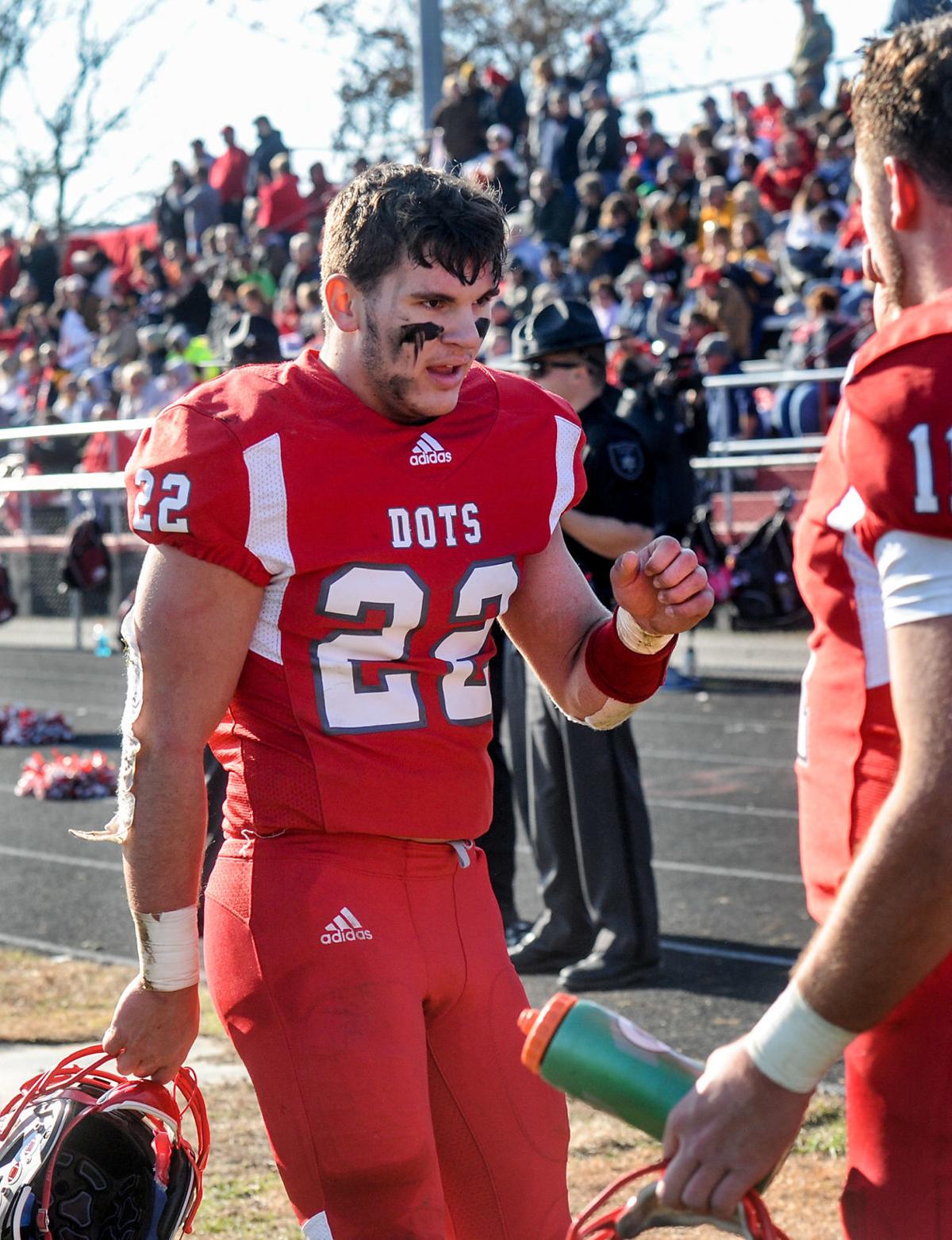 Poca running back Ethan Payne won the Kennedy Award last year as the top player in West Virginia. Payne said it would be “awful’’ not to play his senior season due to COVID-19. 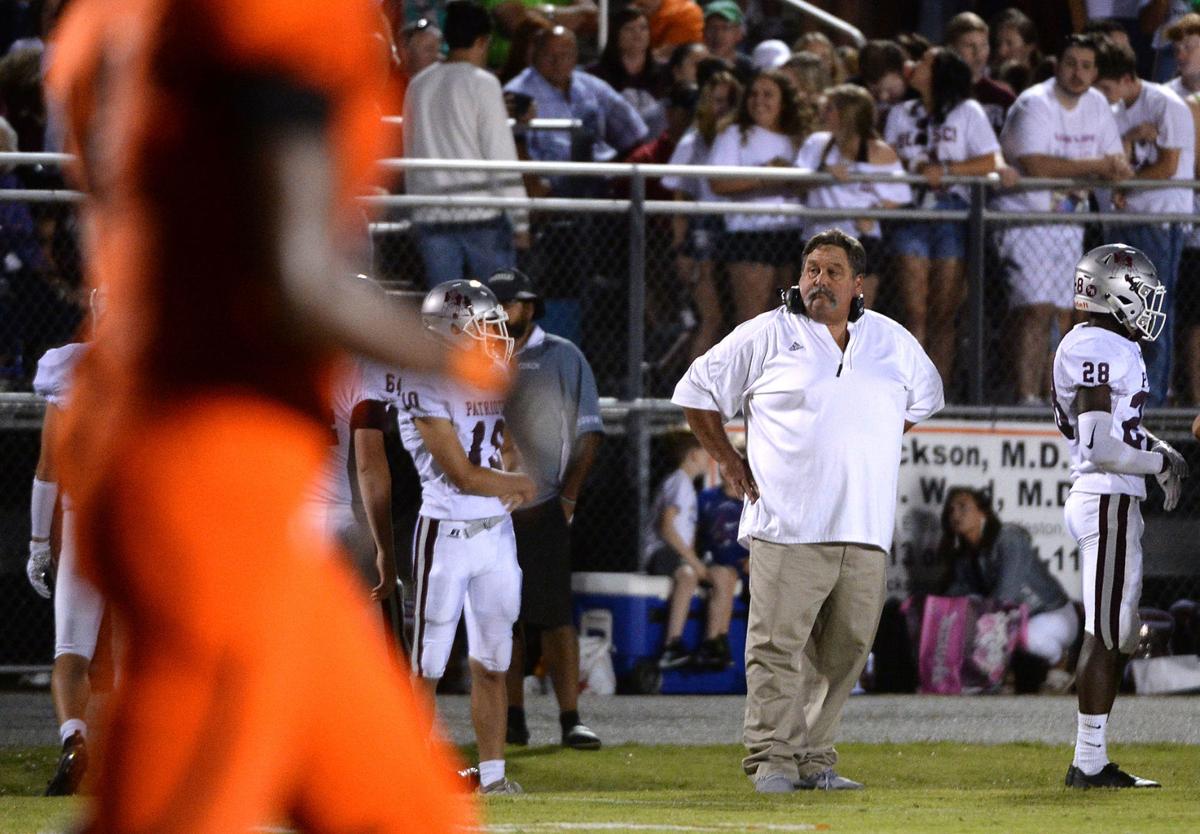 George Washington coach Steve Edwards Jr. said his players are "very optimistic that we're going to do something and I am, too.''

Poca running back Ethan Payne won the Kennedy Award last year as the top player in West Virginia. Payne said it would be “awful’’ not to play his senior season due to COVID-19.

George Washington coach Steve Edwards Jr. said his players are "very optimistic that we're going to do something and I am, too.''

Certainly, it’s a question no one wants to hear, but many coaches and players admit that the thought has already crossed their minds.

What if there’s no high school football this season in West Virginia?

So far, the looming specter of COVID-19 has wiped out quite a lot related to high school athletics in our state — the conclusion of boys and girls basketball postseason play, the entirety of spring sports and now four of the five summertime North-South All-Star games (softball still hopes to play Thursday in Buffalo).

Yes, the Secondary School Activities Commission has permitted rare extended work between players and coaches this summer as part of its three-phase comeback plan for athletics, but to this point, it’s just been for conditioning, strength and agility. Football teams aren’t permitted to wear pads or have live contact even during the upcoming standard three-week practice period (July 6-25 for Kanawha and Putnam counties). At least they can use a football next week, even if they can’t hit each other.

But with the way things have been trending this year, it’s anyone’s guess as to whether the regular season will indeed kick off as planned the weekend of Aug. 27-29 in West Virginia. Preseason practice is set to begin Aug. 3.

Several Kanawha Valley coaches and players recently contacted by the Gazette-Mail recognize the uncertainty of the situation and have allowed the possibility of having no season rattle around their heads.

“I’m optimistic, but I’m realistic to the fact that it could happen,’’ said George Washington coach Steve Edwards Jr., who begins his 25th season at the South Hills school. “I sort of try to prepare our kids every day. We mention it in the manner you’re asking, and we’re just trying to do the best we can. It’s got to cross your mind, and I think the kids realize it and know it, too, deep down. But they’re kids and they’re very optimistic that we’re going to do something and I am, too.

“I tell the kids, ‘If you’re going on vacation, over-exaggerate your safety and just do the right things, do the best you can.’ And that’s all you can do. There’s no guarantee it’s going to help.’’

Poca senior running back Ethan Payne, last year’s Kennedy Award winner as the top player in the state, said he’s tried to remain hopeful as the Dots work their way back into shape following a three-month-plus layoff from team drills.

“I haven’t really thought much about it,’’ Payne said of the potential of a missed season. “I try to think positive every year. But I know that in the back of my head, it would be awful if we didn’t have football. It would definitely be harder for me since this is my last season, my senior year.

“I guess if I didn’t have football, I’d work on getting ready for college. I haven’t really thought about that, either. If I have a football season, I think I’d get more offers on the table [from college recruiters].’’

Winfield linebacker John Covert, another senior who expects to play football in college, also wants to remain confident about the season.

“It would be a big disappointment,’’ Covert said of not playing, “and even if they move it back to the spring, that will just throw people off a little bit because fall is where football should be. I think it would change a lot.

“I just try to think positively, and I hope they make a good decision. Do I want there to be a season? Of course, but if there’s not, I don’t think that will really change much in terms of training. You can always train in the off-season, preparing for college, preparing for camps, if we ever have them. Yeah, the mindset doesn’t change ... I always want to be ready for a game.’’

Buffalo coach Brian Batman points out that even big-time college football programs are having to deal with the ups and downs brought on by the coronavirus.

“You’ve got Clemson with 37 cases,’’ Batman said, “and Kansas State with 20-some. Those are schools with unlimited resources and the ability to test.

“So yeah, it’s crossed my mind [not having football]. There are moments where I sit back and I wonder, and I don’t want to dwell on it too long. I’ve talked to other coaches and we all have had that conversation; it’s definitely crossed our minds. But I’m hoping we can stay strong in West Virginia and get those kids out where they belong.’’

College programs and the NFL can control their circumstances somewhat more than high schools, and the SSAC tends to be more cautious than most. For example, neighboring Ohio started allowing full-contact practices and workouts June 22, while West Virginia football teams can’t hit while wearing pads — even their own players — until Aug. 11, the eighth day of preseason practice.

If football is canceled, Nitro coach Zach Davis worries about more than just the 2020 season because of the big-picture economics.

“And if we don’t play football with fans in the stands, we’ll struggle to play any sport next year. Football pays for all the other sports. If the dominoes fall on 2020, then the other sports [fall] and then 2021 becomes even more difficult. Now you’re taking two years from teenagers’ lives that’s totally upended, especially in a state like ours that’s very poor and kids need something to look forward to. It helps their academics, too, since they’re more likely to come to school. How motivated will they be [without football]?’’

Batman said he’s talked with Jeremy Litton, his athletic director at Buffalo, about the financial effect of losing sports.

“I asked him about the baseball and softball seasons being canceled,’’ Batman said, “and I wondered if perhaps they saved money on that. But he said, no, they took a hit on that. Obviously football and basketball are the money-makers at schools — even us, being a smaller school, because we have good crowds. It would be very unfortunate for the school [not having football], and a big setback for us. It will impact schools for 2021, and maybe even 2022 for smaller schools.’’

Winfield coach Craig Snyder said he talks to his players “every day’’ at workouts about COVID-19 and the possibility of the season being canceled, and thinks one of the worst parts of the situation is the uncertainty.

“Football is supposed to start in [29] days,’’ he said, “and this is my 27th season of coaching, God willing, and I’ve never seen uncertainty like this in the world. But I would love to know No. 1 when a decision is going to be made — either they’re going to let us give it a shot, or they’re not. I know school’s more important than this ... but I want it to be smart, I want it to be safe. I certainly don’t want [my players] at risk; I don’t want to be at risk, obviously. I wish I had a crystal ball and could see what’s going to happen.

“I know some other people are advocating: ‘Let us play,’ but I’m not going to do that. I think they should let us do what’s smart. Let’s make a decision, and let us know when you’re going to make this decision, and what you’re going to base it on. Because we’ve got a lot of planning to do, and things are going to look different regardless.

“I tell our kids, ‘Let’s respect the rules and we have to do this the right way.’ While we’re here, under my watch, you’re going to social distance, you’re going to be in your groups, you’ve got to respect each other’s space. This is our best chance to play football, but they know football’s not a sure thing. Heck, I don’t know what’s going to happen with school, let alone football.’’

GW quarterback R.T. Alexander has also thought about what happens if statewide prep football is called off. Instead of just moping around, he said he might try to make the best of a bad situation ... with a little help from his friends.

“I know all my players — if I ask them — will get out and we’ll throw,’’ Alexander said. “We’ll just continue to work, even if we don’t have a season. Just work by ourselves, and work together and make each other even better.

“Even if it’s my senior year, we’ll work to make each other better, and I don’t think it will affect them too bad. They all have a great work ethic. So if that happens, we’ll just get back out on the field and do our own thing.’’

Alexander also intends to play football in college, so he knows keeping his skills sharp would be beneficial for his future.