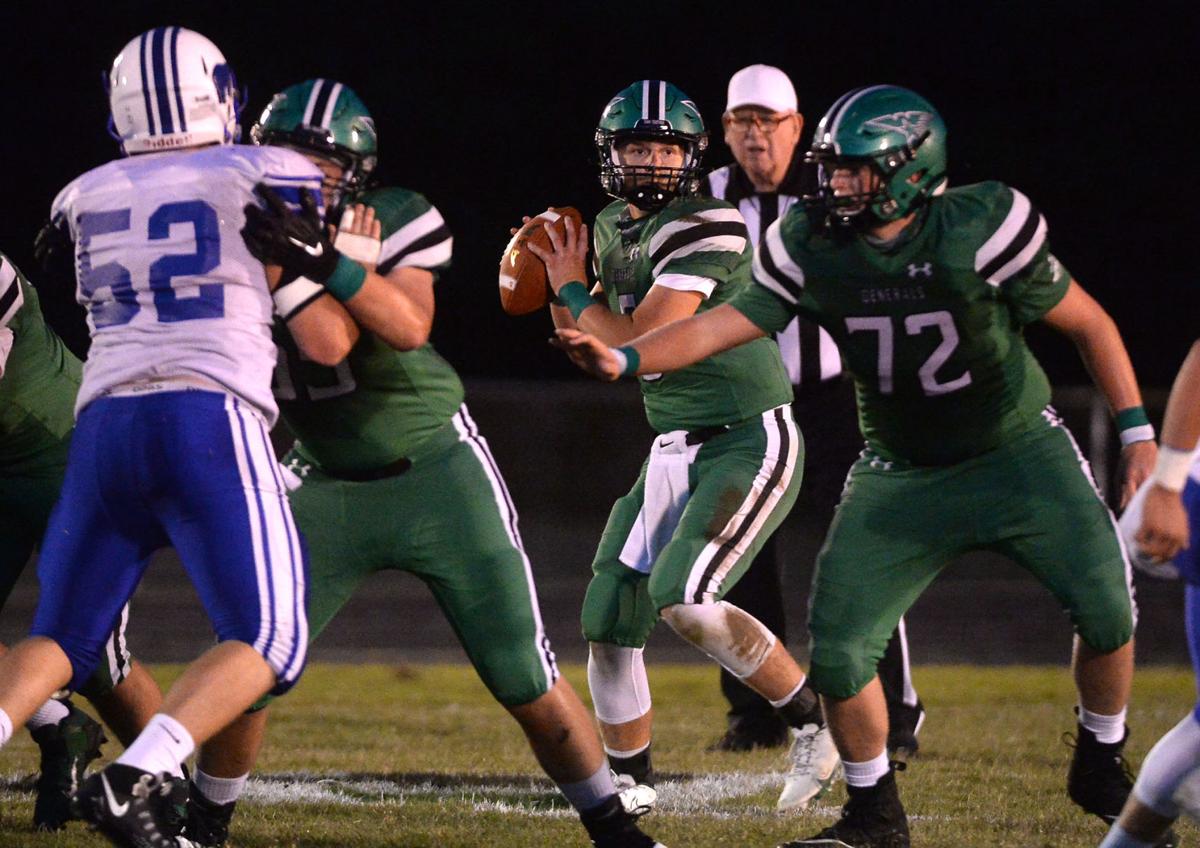 Winfield quarterback Brycen Brown sits in the pocket and looks to pass against Fairmont Senior during the Generals’ COVID-influenced 0-6 2020 season. 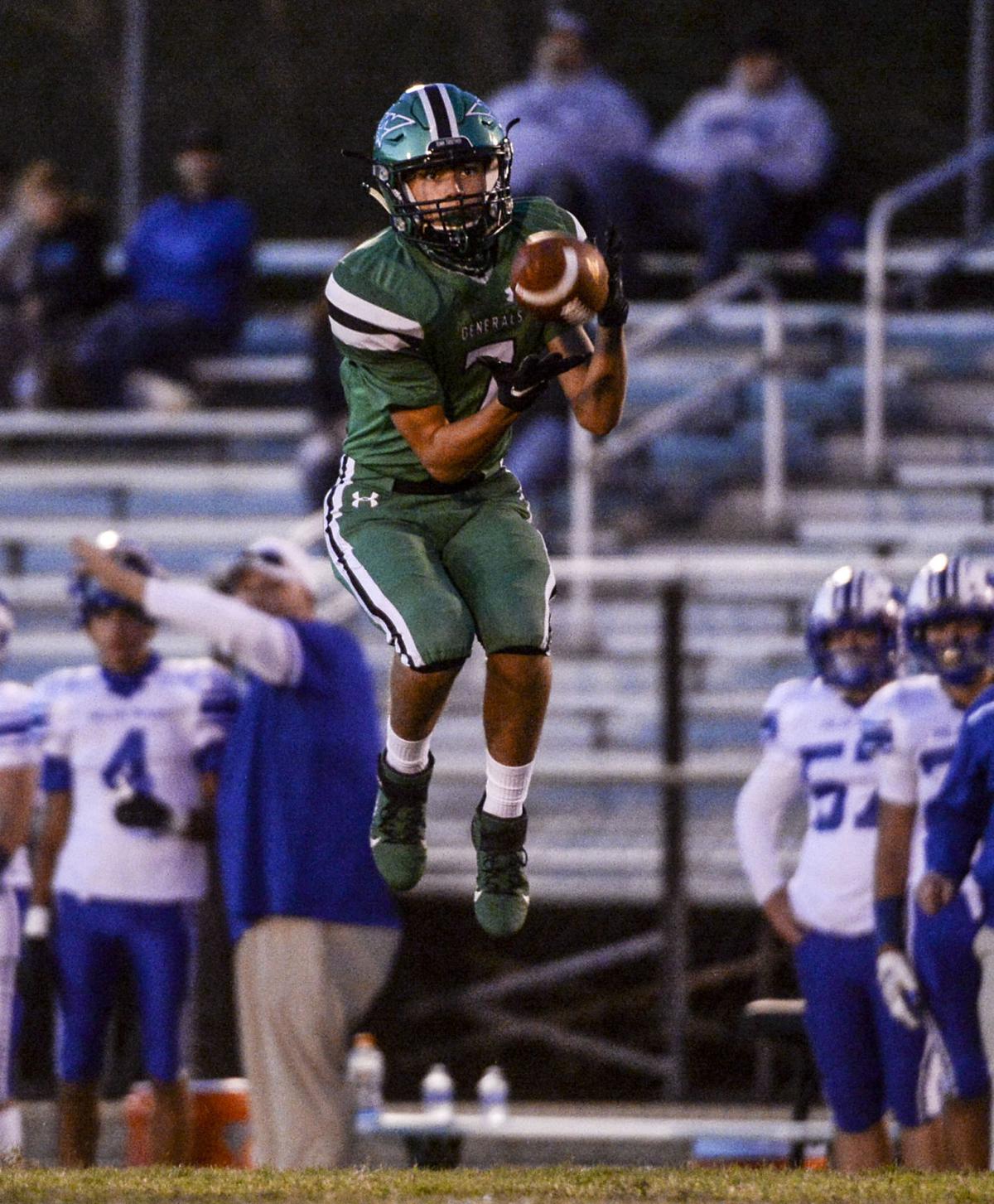 Winfield’s Bray Boggs leaps to catch a pass from Brycen Brown during the game against Fairmont Senior last year.

Winfield quarterback Brycen Brown sits in the pocket and looks to pass against Fairmont Senior during the Generals’ COVID-influenced 0-6 2020 season.

Winfield’s Bray Boggs leaps to catch a pass from Brycen Brown during the game against Fairmont Senior last year.

Not much went right for Winfield football last year.

The Class AA Generals, who were largely inexperienced, not only suffered through their first winless season since 1996, but managed to play just six games due to COVID-19 limitations. The lone Cardinal Conference opponent they played was Poca, and they met the Dots twice because that’s the only game they could get at the time.

Even the season opener was a rather bittersweet moment. Winfield couldn’t start its schedule until Oct. 2 because of Putnam County’s COVID numbers, and when it finally did, it had to tackle none other than Fairmont Senior, the eventual Class AA champion that had already played three games. The Generals absorbed a 59-28 loss to kick off their star-crossed season.

“We kept losing and went 0-6,” said Winfield coach Craig Snyder, “but we weren’t an 0-6 team with our regular schedule. We could never find anyone to play. That free-for-all for games was really difficult for us. Last year was really a mess.”

Snyder said Saturday evenings were the worst part of the season as the state’s color-coded COVID maps were revealed, dictating which counties in West Virginia could attend class and play athletic events the following week. Then phone lines were jammed with coaches and athletic directors hastily trying to line up games.

“The rules were so fluid,” Snyder said, “and Saturday nights were very stressful last fall. Your color would come out and it’s a free-for-all. Every team we wound up playing was a playoff team except for [AAA] Huntington. I’ll just say the combination of that schedule and our inexperience hit us more last year.

“I feel badly for last year’s team, the kids that graduated. Every week, you had to be a psychologist as much as anything else, especially in the month of September. We kept telling them we’ll get to play eventually. We’re carrying all of that for them this year.”

Snyder hopes to sweep that angst out of the program this season as the Generals attempt to end an overall eight-game losing streak. They’ll lean on a roster that has juniors in a lot of key positions.

One of those juniors is quarterback Brycen Brown (6-foot, 185 pounds), who didn’t get much prep time last year because the Generals missed about a third of their practices due to COVID. Brown completed 50 of 104 passes for 555 yards and three touchdowns with 11 interceptions.

“We’ve spent the three-week summer period getting better development throwing the ball,” Snyder said, “with our passing concepts, timing, familiarity, and all that stuff. Brycen didn’t get to do any of that last year. He’s getting comfortable now, and that’s a good thing.”

Others in the mix at quarterback are freshman Hayden Hinkle (6-1, 175) and junior Cody Griffith, who hasn’t played football since seventh grade.

Two experienced receivers return in senior Carter Perry (5-9, 165) and junior Bray Boggs (6-0, 165). The versatile Perry, who also plays defensive back and punts, caught 17 passes for 141 yards and one score last season, and Boggs had five receptions for 128 yards and a TD.

On the line, junior Jaxson Cunningham (6-0, 230) started out as a center his freshman season, then was moved to guard last year and could wind up at tackle this season. Another junior, Caden Beam (6-1, 220) played on the defensive line as a freshman and was moved to offensive guard last year. Snyder thinks Beam will be converted into a running back this season to take the place of John Covert, a four-year regular at fullback and linebacker.

Snyder said the Generals were able to use some flex days in June to prepare themselves for the current three-week summer practice period, which should smooth over any remaining transition work once preseason practice begins on Aug. 2.

“Offensively, we’ve gotten off to a much better start skill-wise than last year,” Snyder said. “I don’t think that will affect us as much this year.”