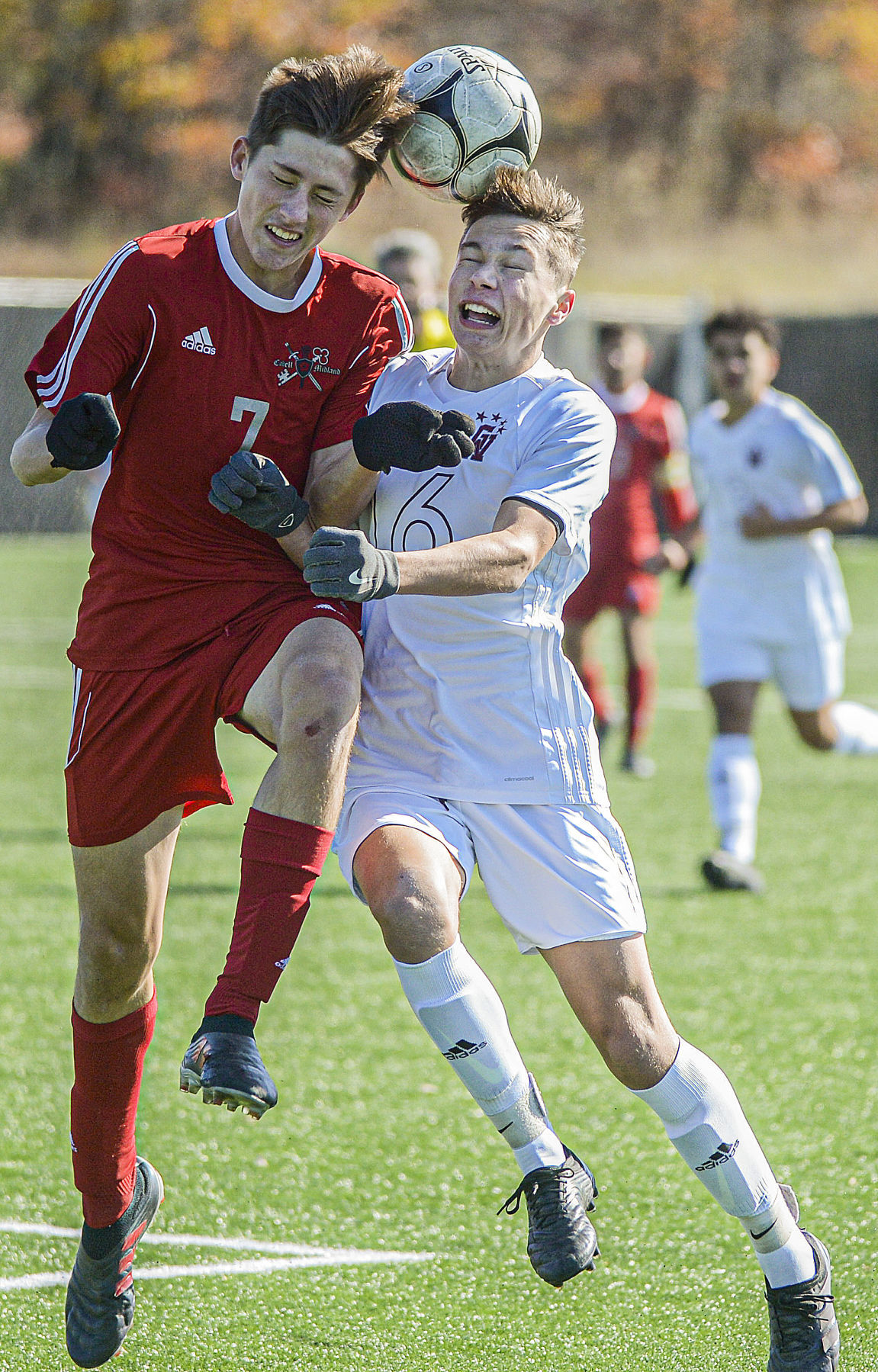 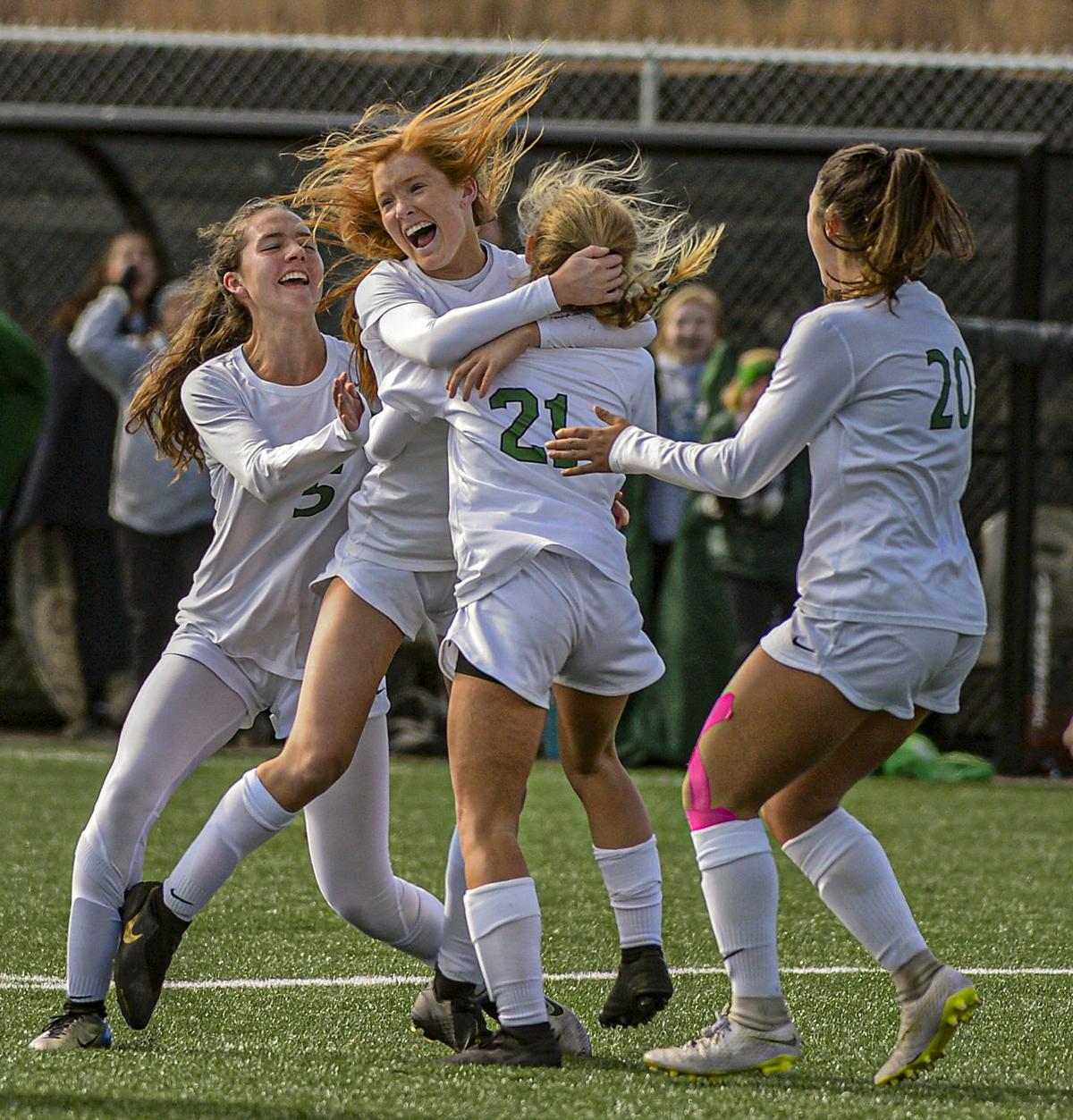 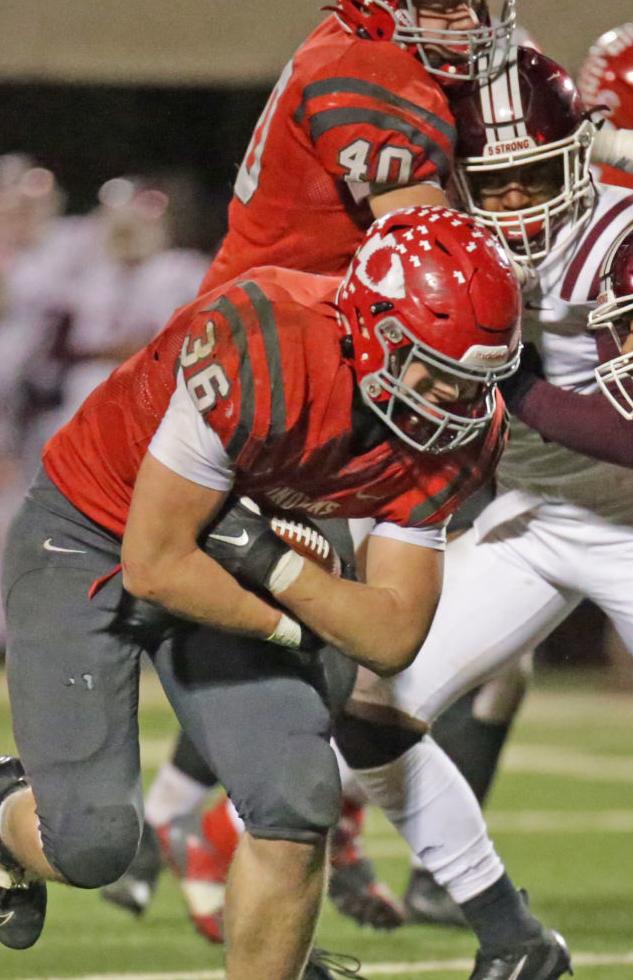 Bridgeport’s Carson Winkie runs the ball in the Indians win over Bluefield in the Class AA football championship game.

Bridgeport’s Carson Winkie runs the ball in the Indians win over Bluefield in the Class AA football championship game.

As you might have heard, it’s been a unusual year in sports.

But if you’re looking for a little continuity and normalcy in this strange new world, look no further than the 24th Gazette-Mail Excellence in Sports Awards.

The 2019-20 winners of the annual all-sports awards identifying the top overall high school sports programs in the state are all familiar to GMEISA followers — George Washington (Class AAA), Bridgeport (AA) and Charleston Catholic (A).

True, GW came out on top for the first time since the 2014-15 school year, but the Patriots are no strangers to the honor. The school on The Hill in the south side of Charleston now has six GMEISA titles, second in Class AAA only to the nine won over the years by Parkersburg. GW finished the truncated 2019-20 school year with 49.5 GMEISA points, comfortably ahead of runner-up (and last year’s winner) Wheeling Park, which checked in with 40.5 points.

In Class AA, Bridgeport is the GMEISA winner for the eighth consecutive year and the 12th time in the 24 years of the award. The Indians, who finished with 53.5 points in our scoring calculations, withstood a strong challenge from runner-up Fairmont Senior, which totaled 51 GMEISA points.

In Class A, Charleston Catholic came out on top for the 13th time, the most in GMEISA history. The Irish finished with just 24 GMEISA points, the lowest total ever for a winner, but it was enough to end the two-year reign of Wheeling Central — a 10-time Class A GMEISA champion. This year’s small-school runner up was Ritchie County (20 points).

It must be noted, of course, that the school year and the accompanying prep sports seasons were shut down by the coronavirus pandemic. It wiped out the entire spring sports schedule — boys track, tennis and baseball, and girls track, tennis and softball — and ended the boys and girls basketball tournaments before they could reach their conclusions.

Extraordinary timesThat unprecedented interruption led to some tricky questions that needed to be answered when considering our annual awards.

The first question was whether or not to even declare the three winners. Our answer? Absolutely. We decided that although the 2019-20 school year wasn’t completed, GMEISA points were accumulated up through the shutdown, and we think the top schools should still be recognized in the shortened championship season. Apply an asterisk if you please, but GW, Bridgeport and Charleston Catholic earned the right to be called GMEISA champs.

The real puzzler, though, was figuring out how to allot points for the basketball tournaments that didn’t reach their conclusions.

The girls hoops state tournament came to a screeching halt on Thursday, March 12, between that day’s two three-game sessions. The morning session saw three quarterfinals completed — two in Class A and one in AAA. (The four Class AA quarterfinals and two AAA quarterfinals were completed on Wednesday, March 11, the first day of the four-day hoops fest.)

Let’s point out here that GMEISA points are awarded to the top eight finishers in statewide competitions in each of the 19 sports sanctioned by the Secondary School Activities Commission. A championship is worth eight GMEISA points, with seven points for the runner-up, six for third place, five for fourth, etc., down to one point for an eighth-place finish.

But what do we do with the Class A and AAA girls state tournaments, where only five of the eight quarterfinals were played? After much debate, we came to a consensus and decided to not award advancement points for the five completed games, in fairness to the six teams that didn’t get a chance to play their quarterfinal games on that fateful Thursday night. Instead, we decided to reset the scoreboard back and award the minimum points (2.5) to all eight teams — four in Class A, four in AAA — that qualified for the state tournament.

What about boys basketball? Also tricky.

Would we have had different GMEISA champions if there was no COVID-19 shutdown and the basketball tournaments and all the spring sports were completed? Maybe, but it would be nothing more than speculation.

None of this was anticipated when the GMEISA scoring guidelines were put in place in the 1996-97 school year, the inaugural year of our annual all-sports awards. But, we guess, extraordinary times call for extraordinary measures, and this is our call.

Class AAAGeorge Washington’s road to its sixth GMEISA title was paved by strong showings across the board in the 13 sports in which points were awarded (seven boys sports, six girls sports). The Patriots picked up 22 points on the boys side of the ledger, third-best behind Cabell Midland (25.5) and Wheeling Park (24), while GW girls teams accumulated a AAA-best 27.5 points (Morgantown was next among the girls with 25 points, followed by Parkersburg’s 18).

The Indians needed every one of those top-eight finishes to reach their GMEISA-winning 53.5 points, because they had to play catch-up on AA runner-up Fairmont Senior, which finished with 51. The Polar Bears had a spectacular fall season, winning state titles in golf, boys soccer and boys and girls cross country.

Bridgeport’s eight consecutive GMEISA championships are one shy of the record nine in a row won by Charleston Catholic (2008-09 to 2016-17), but reclassification for the upcoming school year bumps the Indians back up to Class AAA for at least the next four years. Bridgeport will be the smallest member (by enrollment) in the large-school classification, which will total 32 schools (up from 29 the past four years).

Class ACharleston Catholic made the most of the abbreviated school year, earning one-third of its GMEISA points by winning the girls soccer state title. Two cross country points gave CCHS 10 points on the girls ledger, tops among Class A schools, while Charleston Catholic boys picked up 14 points (second behind Ritchie County’s 14.5) with top-eight finishes in golf (third, 6 points), soccer (5.5) and basketball (2.5).