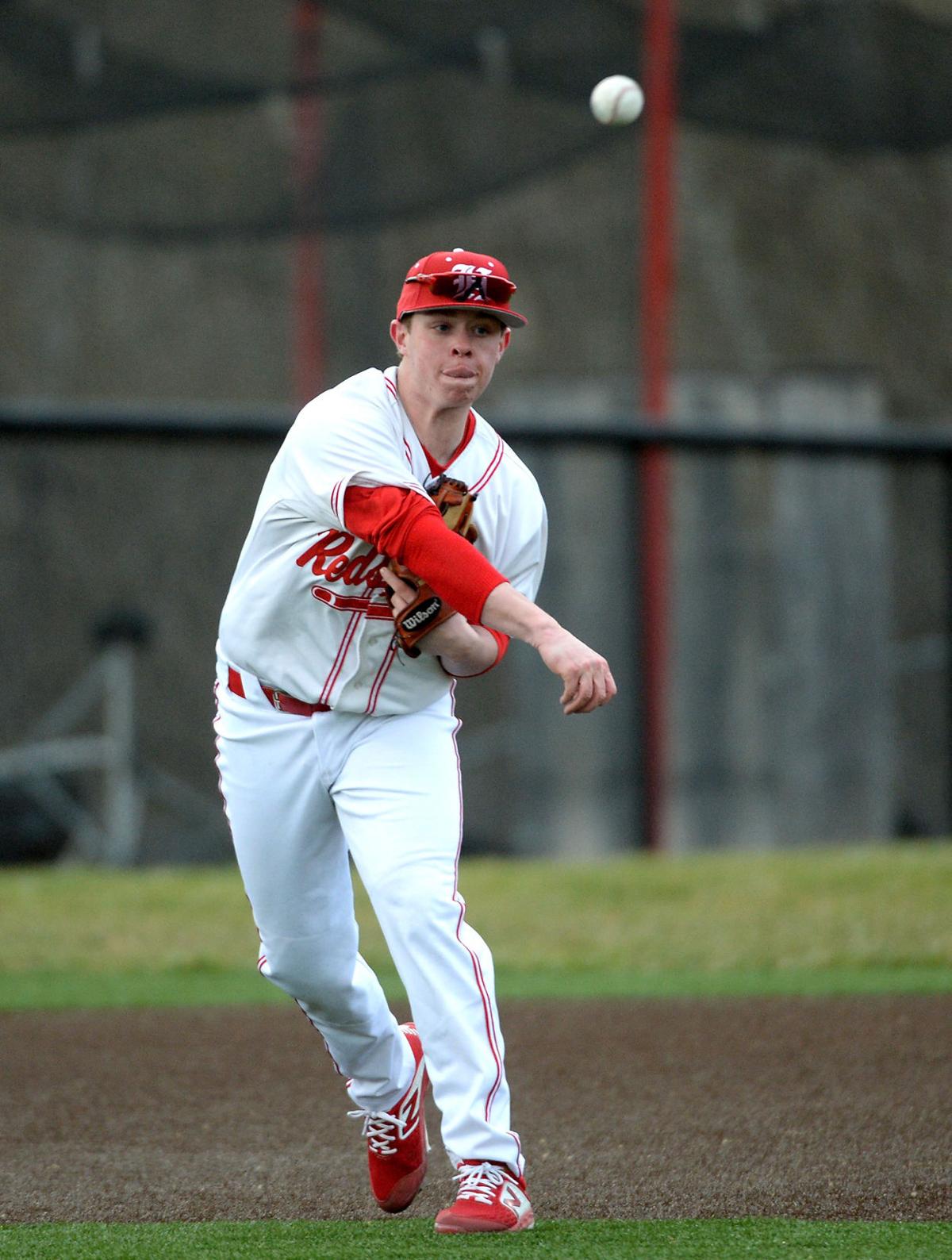 Hurricane pitcher and WVU recruit Joel Gardner went 8-1 two seasons ago with a 1.59 ERA in 53 innings, striking out 70. 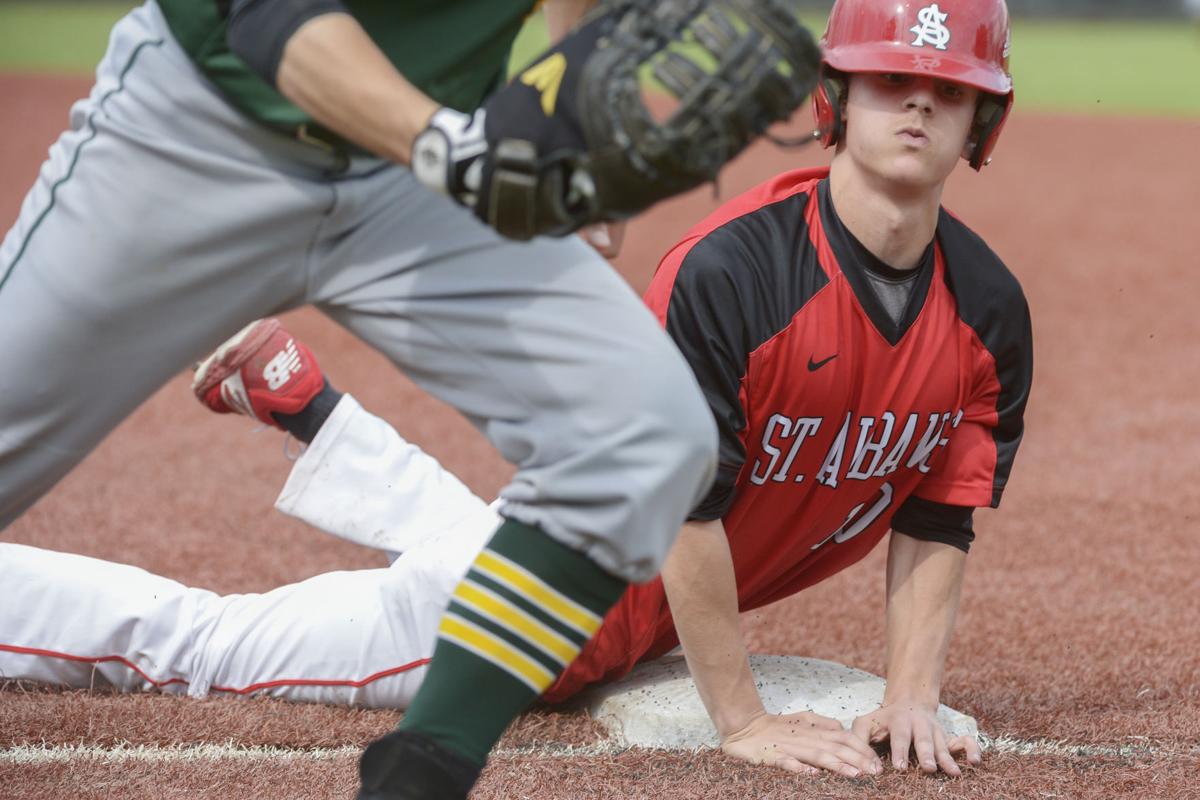 Drew Whitman returns for St. Albans and is expected to play shortstop this season. 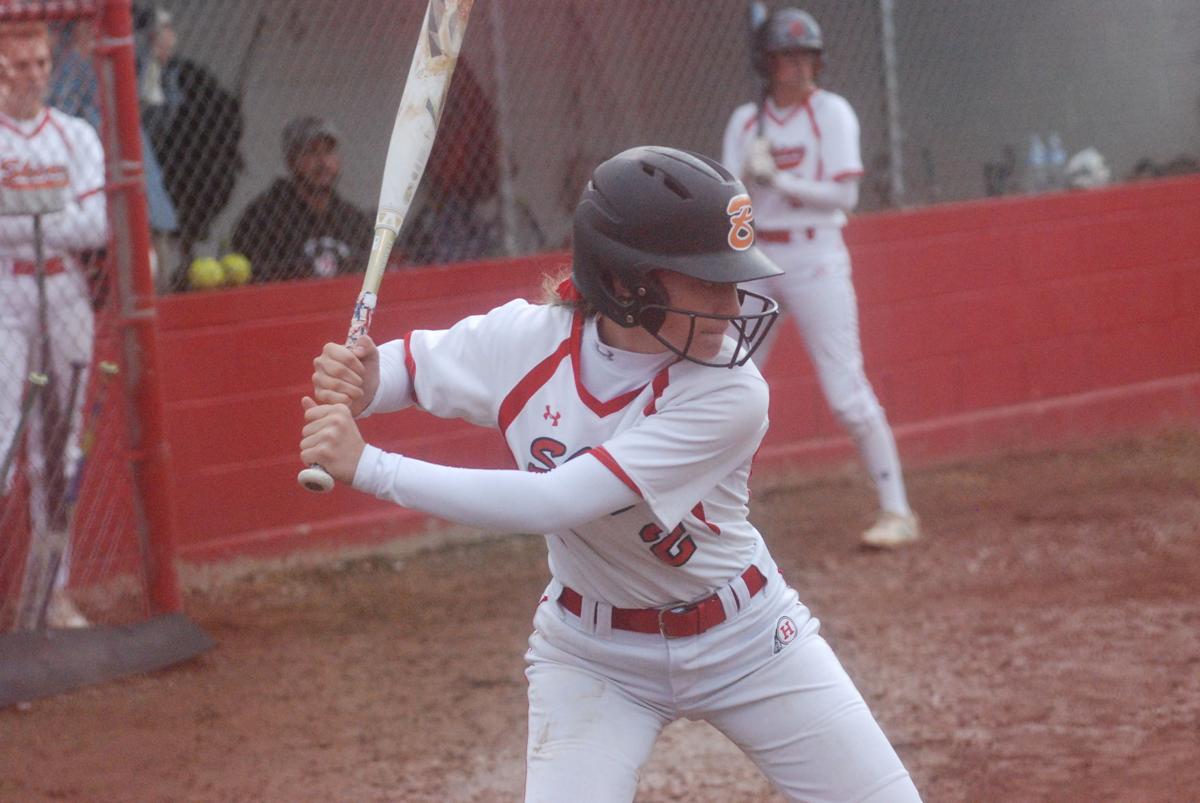 Alivia Meeks is back at Hurricane and will play shortstop for the five-time defending Class AAA softball champion Redskins.

Hurricane pitcher and WVU recruit Joel Gardner went 8-1 two seasons ago with a 1.59 ERA in 53 innings, striking out 70.

Drew Whitman returns for St. Albans and is expected to play shortstop this season.

Alivia Meeks is back at Hurricane and will play shortstop for the five-time defending Class AAA softball champion Redskins.

After nearly two years, high school spring sports have returned in West Virginia. The sports of baseball, softball, track and tennis are scheduled to open Monday around the state.

But after such a long layoff — with COVID-19 wiping out the entire season for every school last year — exactly what will spring sports look like? Here in the Kanawha Valley, which teams will be the strongest?

Well, if history is any indicator, expect the baseball teams at Hurricane and St. Albans and the softball team at Hurricane to again be among the short list of contenders for state honors.

Hurricane played in the last three Class AAA state championship games in baseball (2017-19), capturing the title in 2018 and falling to St. Albans in the other two AAA finals. The only thing that prevented those two programs from meeting in the finals three straight times was SA’s 1-0 loss to Wheeling Park in the 2018 semifinals at Appalachian Power Park.

The Redskins and Red Dragons both appear strong again despite their two-year gap between games. The last time they lined up and played, Hurricane was 33-6 in 2019 and St. Albans 34-4.

“Obviously, every year, every team, every group is different,’’ said Hurricane coach Brian Sutphin, “but this year brings a whole different set of changes. You’re adapting and looking at the season as a whole. At the end of the day, it’s about getting better every game, every week. It’s all about improving.’’

St. Albans coach Rick Whitman also recognizes the oddness of his players not having competed together for close to 24 months.

“Everybody’s asking, ‘What have you got? What has everybody else got?’ I’ve got no idea. But since everybody missed out last year, we missed the chance to defend our state title [in 2019], and we’re kind of taking that approach this year. We’re still the defending champs. We want to go out there and try to defend the title.’’

Hurricane sports just one senior on its roster, but he’s a good one. Joel Gardner, who blossomed into a top-notch contributor as a sophomore in 2019, signed with West Virginia University last fall. He went 8-1 with a 1.59 ERA two years ago, striking out 70 in 53 innings. Gardner is also slated to play infield and perhaps some outfield.

Another seasoned returnee is junior outfielder-infielder Quarrier Phillips, who hit .333 as a freshman and scored 36 runs. Some of the other juniors Sutphin will rely on are multi-sport standouts like pitcher-outfielder Ismael Borrero (quarterback in football), pitcher-first baseman Brogan Brown (linebacker in football), utilityman Ethan Spolarich (basketball) and outfielder Chase Hager (receiver in football).

“The thing about baseball,’’ Sutphin said, “is that kids have played a lot. Now it may not be high school baseball, but they play in the summer and they play in the fall, so it’s been a fun few weeks of practice. They’re chomping at the bit just to play games and compete.’’

Whitman expects to lean on five senior starters, including shortstop Drew Whitman (his son), first baseman Cam Smith, catcher Trenton Short, first baseman-designated hitter Jaxon Holbert and third baseman-pitcher Tyson Burke. Sophomore Brady Williams is projected as one of the team’s top pitchers and will hit in the middle of the lineup. Speedy Carson McCoy will be counted upon to bat leadoff and play center field.

“He’s one of the fastest kids in the state,’’ Whitman said of McCoy. “He can flat-out fly. He’ll be our spark plug and make us go. If he gets on, he can create some havoc.

“Our pitching staff’s probably our biggest question mark. We don’t have the depth we’ve had in the past — we had a lot of D1 and D2 arms out there. Burke is the only senior who pitches, so our pitching staff’s sophomores and juniors, and so they haven’t seen many varsity innings. I think we’ll play good defense and the offense will be OK. I think we’ll be a lot better than people think we’re going to be after losing all the players we did.’’

Another team that must make over its lineup is Hurricane’s softball powerhouse, which has claimed the last five AAA state titles (2015-19). Coach Meghan Stevens lost six starters to graduation last year, and said it looks like a “brand new team’’ on the field.

Experienced players back include shortstop Alivia Meeks, pitcher-infielder Reagan Boggess, outfielder-third baseman Madison Moon and first baseman-hitter Mikayla Hodges, the team’s lone senior. Freshman Anna Totten will be one of the team’s top pitchers. Stevens said there will be fresh faces all over the lineup.

“We have a freshman outfielder, a freshman second baseman, a freshman pitcher,’’ Stevens said. “So we’re definitely different. It’s such a different year after not playing last year.

“[Confidence is] what we’re instilling in this group every day. Our freshmen have to grow up quick. It’s a good group and my goal is to just get better and better and keep the mentality of peaking at the right time. We have the potential to do it if it all comes together.’’

A few track meets will also pop up around the Kanawha Valley this week. University of Charleston Stadium will be the site of the Kanawha Valley Track & Field Officials Association Warm-Up Meet at 5 p.m. Monday, and the Capital City Classic is set for 5 p.m. Friday, also at UC Stadium. Another Friday meet is the Dick Dunlap Classic scheduled for 4 p.m. at Winfield.

Some restrictions were recently eased on the total number of participants at state track meets, going from a maximum of 250 to 400 at present.