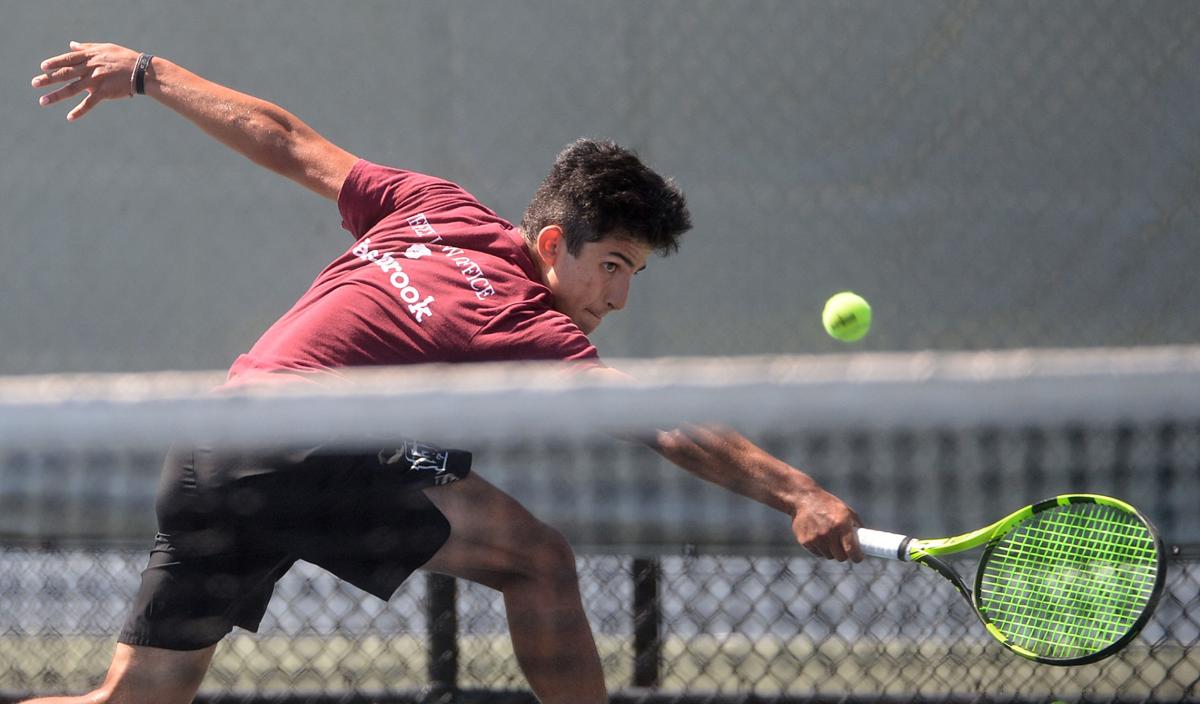 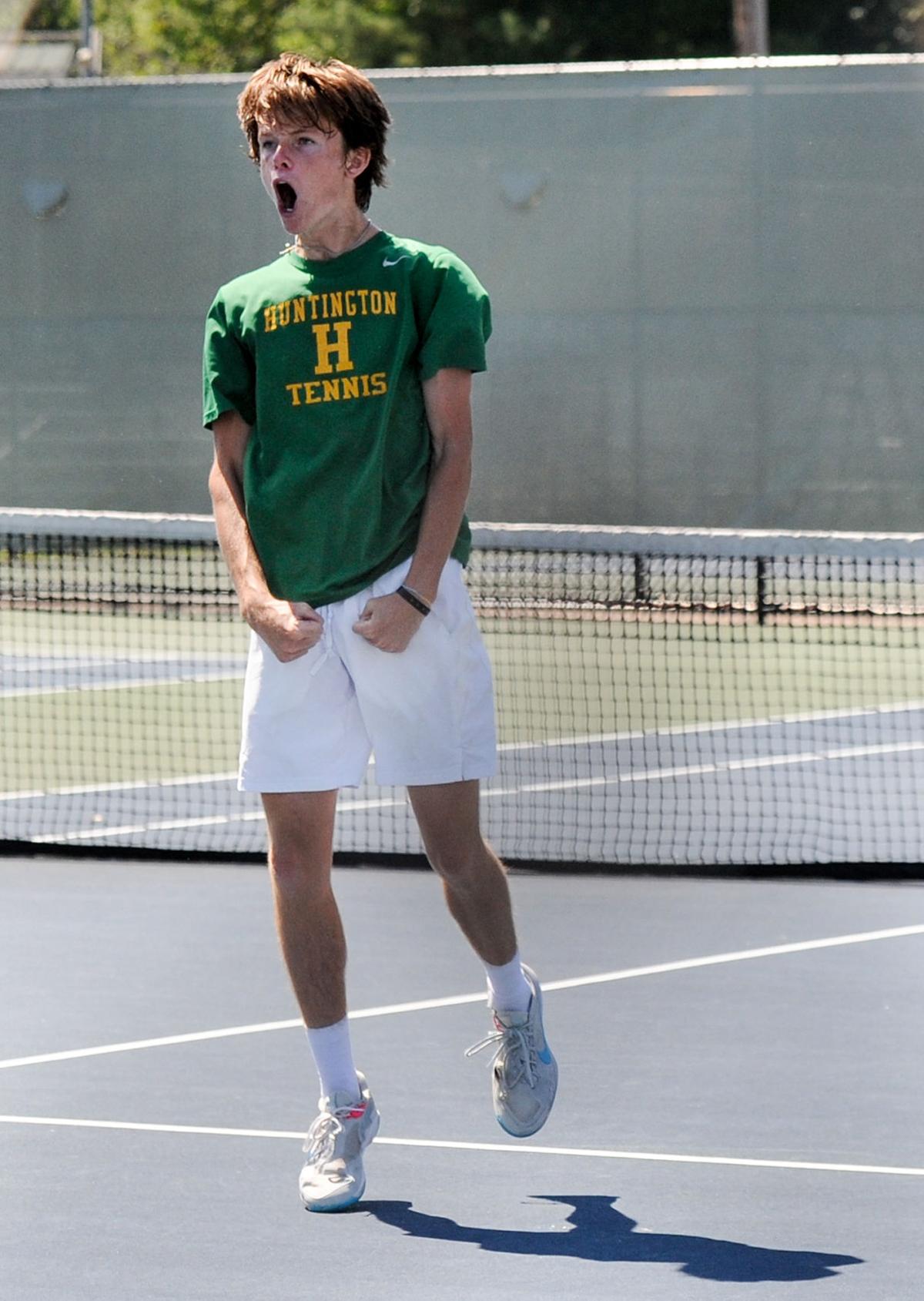 George Washington’s boys tennis team earned the Class AAA team state title on Saturday at Schoenbaum Tennis Courts, as the Patriots accumulated 16 points to pull away from the rest of the pack and tie Parkersburg for the most state championships all-time with 21.

Another Kanawha Valley team also came away from the three-day event with a championship, as Charleston Catholic’s girls emerged with a title in Class AA-A.

The Patriot boys were primed for point accumulation on the final day of the tournament, as they competed in six of the seven final Class AAA events. GW started the day off strong in the boys No. 4 singles final as Chris Muto won the title over Huntington’s Jax O’Roark 6-0, 6-0.

“I feel really good,” Muto said. “I played really well. I didn’t miss. Every error I made was forced, which was the goal at the end of the day.”

“It’s hard to believe that, a guy on the last day of being 15 years old, found a way to have that type of physical endurance at that age,” Huntington coach TJ Cisco said of Mercer. “I know that he works very hard at his tennis game, but to me the most impressive thing was the guts to go out there and continue to compete.”

In the No. 2 doubles, Samir Jones and Muto defeated Ashton Cottrell and Jackson Erwin 6-1, 6-1.

GW wasn’t as prosperous in the No. 3 doubles as Shreyes Jogenpally and Anurag Reddy fell to Parkersburg’s Simon Strobl and Levi Frashure 6-2, 6-3.

“It was a huge day,” George Washington boys coach Taylor Dixon Rose said. “The boys came out, they competed, they did what they needed to do.”

On the girls side of the AAA tournament, GW wasn’t as busy but still earned a couple of individual titles. In the girls No. 2 doubles final, GW’s Lily Stone and Zoe Charles defeated Midland’s Brooke Vaughn and Blaire Vaughn 6-2, 6-2.

GW’s only other title on the day was in the girls No. 3 doubles final in which Jana Zatar and Emilia Ratrie defeated Parkersburg’s Sofia Olson and Ashley Welshans 7-5, 6-1.

“It was awesome. Both singles and doubles [were] both really awesome matches with really awesome girls,” Bastin said. “[Blevins] is a really amazing and she’s going to do great things the next two years.”

The Irish took home two more singles titles on Saturday as Anne Cimino defeated Chapmanville’s Emma Bryant in the No. 3 final 6-1, 6-0 and Molly Murphy downed Williamstown’s Audrey Fenton in the No. 4 final 6-4, 6-4.

In the AA-A girls No. 3 doubles final, Cimino and Murphy closed out the day on a winning note for the Irish with a 6-1, 6-0 win over Williamstown’s Lauren Strobl and Claire Strobl.

Nitro’s Morgan Mann was the only Kanawha Valley athlete to earn a title in the Class AA-A boys tournament. He defeated Berkeley Springs’ Haden Fincham in the No. 1 singles final by a score of 7-5, 6-3.

Huntington won the Class AAA girls title with 14 points. Hurricane and Cabell Midland finished knotted at 10 points, but Hurricane won the tie-breaker and is the runner-up. George Washington placed fourth with eight points.

In Class AA-A girls, Charleston Catholic’s 14 points were followed by a tie at nine points between Logan and Chapmanville, but Logan won the tie-breaker and was awarded the runner-up finish.