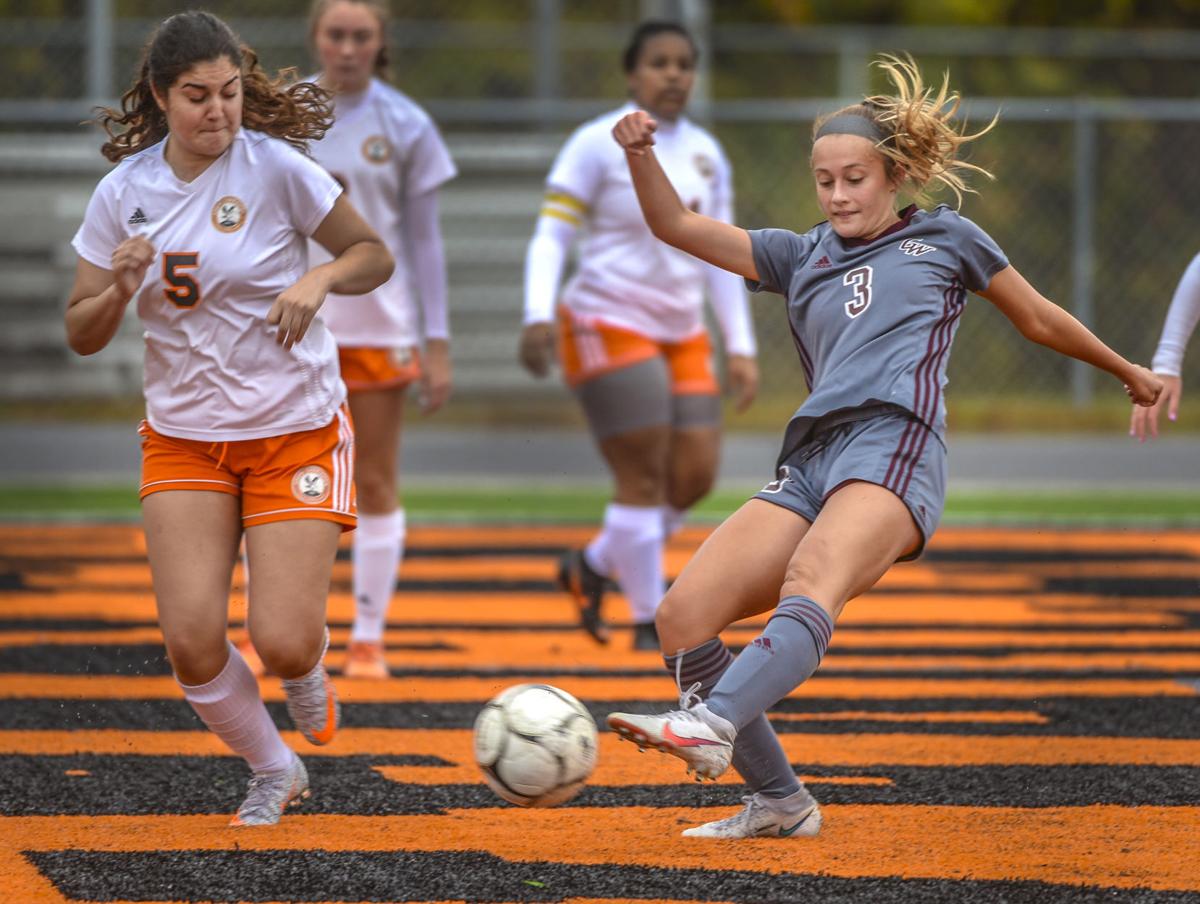 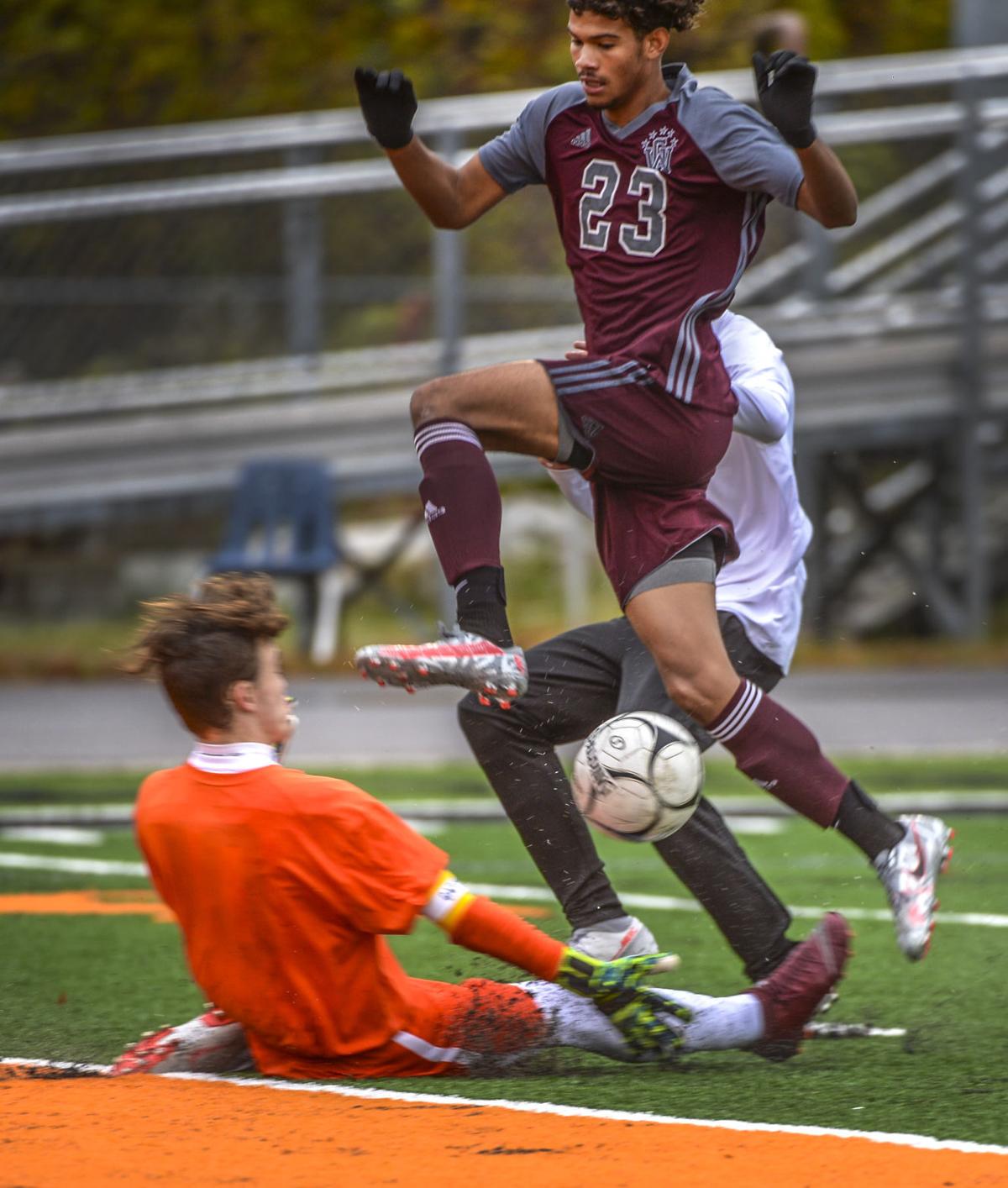 In a year full of uncertainty with COVID-19, one thing has remained certain: The George Washington boys and girls soccer teams remain strong.

The Patriots swept the Class AAA Region 3 Section 1 sectional championships over South Charleston. The GW boys defeated the Black Eagles 11-1 and the girls knocked off SC 9-2 Saturday at South Charleston.

“Coming in this morning, knowing it was going to be wet and cold, I didn’t know what to expect,” GW boys coach Erik Engle said. “South Charleston is really improved and was ready to play. Our boys were, too, and I knew if we came out and did what we were supposed to do, we could have a good result.”

The GW boys are the two-time defending state champions and are just three wins away from a third straight title. The Patriots remain unbeaten on the season at 8-0 and will host either Woodrow Wilson or Oak Hill on Tuesday in the Regional 3 final with a berth in the state tournament on the line.

The Patriots will be looking to make history. Only one other Class AAA program has won three straight state titles in boys soccer, Buckhannon-Upshur from 1993-95.

“It’s only happened one time in West Virginia,” Engle said. “Going back to states is always a goal that we have. Would we want to have a three-peat state championship? Sure. We told them you’re not 2018 or 2019, you’re the 2020 team. Write your own story and do it your way, and they are doing that.”

The SC boys already had their hands full with GW, and things got worse for the Black Eagles when they lost their starting goalkeeper, Anthony Moles, to a red card with 27:33 left in the first half.

At the time, the game was still scoreless, but things went downhill fast for SC after that. GW scored three goals in a three-minute span shortly after Moles was sent off for an infraction.

Nick Ihnat scored the first goal for the Patriots with 25:04 left in the first half, Max Tretheway scored 1:38 later and Gabe Sadorra added a third goal 1:21 after that to quickly make it 3-0.

Tarek Jarrouj and Bryce Coleman added first-half goals with 19:57 left and 16:06 remaining, respectively, to give GW a commanding 5-0 lead at halftime. The Black Eagles also lost Chase Edwards, the starting kicker on SC’s undefeated football team, to a red card in the first half.

CJ Knapper got the Black Eagles on the scoreboard for their lone goal with 8:02 left in the game.

The Patriots have won the sectional title in all six seasons that coach Ali Sadeghian has been at the helm leading the way. GW will host Oak Hill in the Region 3 final Tuesday with a berth in the state tournament on the line.

“We have been fortunate,” Sadeghian said. “We always have had a good girls program and have won all the sectional championships in my six years, but our goals are always bigger and better.”

The Patriots used a strong first half, scoring five goals in the first 10 minutes to take a commanding 5-0 lead. Lindsey Hackney scored the first goal with 35:10 left in the first half and tallied another 1:02 later for GW. Reagan Bromiley, Ava Tretheway and Angelina Musilli also scored.

Musilli scored twice more in the second half to earn the hat trick and increase the GW lead to 7-0. The Patriots quickly started to pull most of their starters with the game getting out of hand. Olivia Epperly and Kalissa Lacy also tallied second-half goals for GW.

“With all the games we have lost playing this season, any opportunity to get everyone in and get some of the younger players some experience is a wonderful situation,” Sadeghian said. “We are fortunate to have a lot of weapons. Almost every game, we have many different goal scorers.

For SC, senior Genevieve Potter earned a milestone, scoring her 100th career goal for the Black Eagles in the second half.

“We are happy for her to score her 100th career goal,” Sadeghian said. “Genevieve does a great job possessing the ball, scoring, and is a great player.”

Also for the Black Eagles, Allie Rosen scored a goal on a rebound of a powerful shot from Potter.