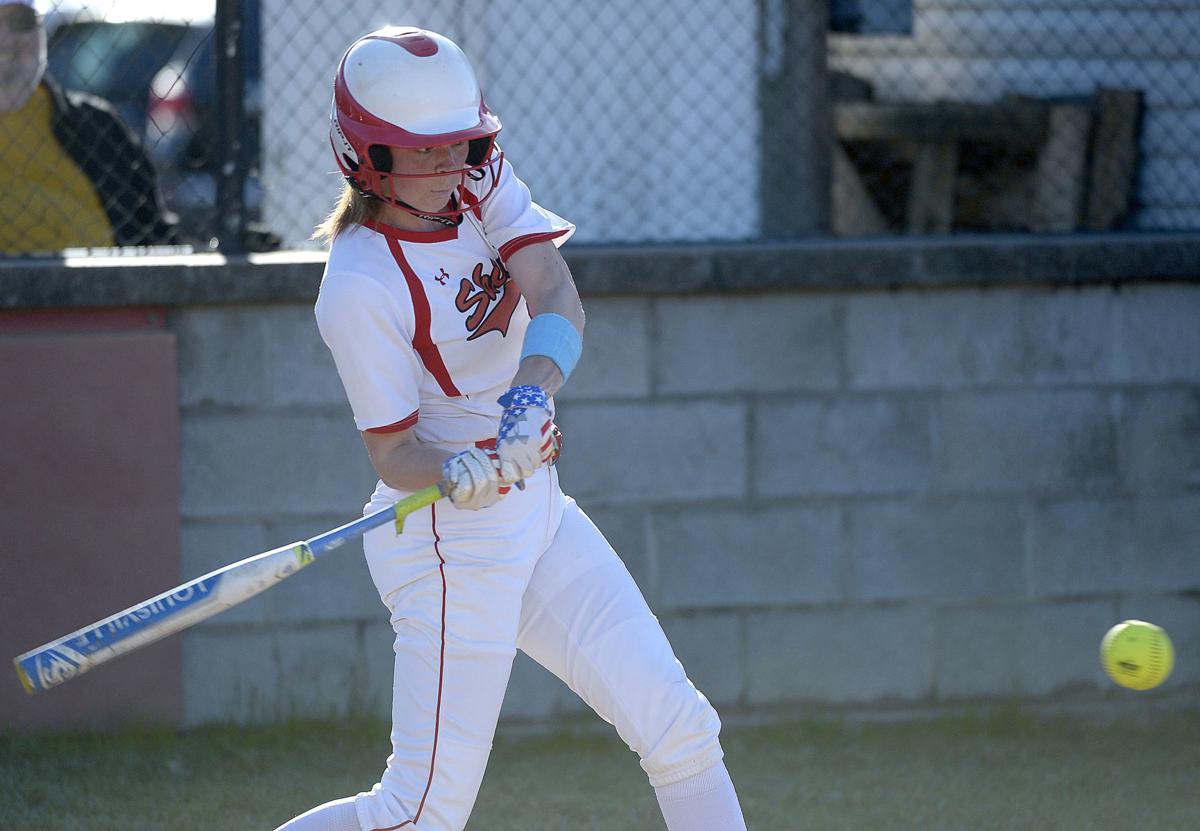 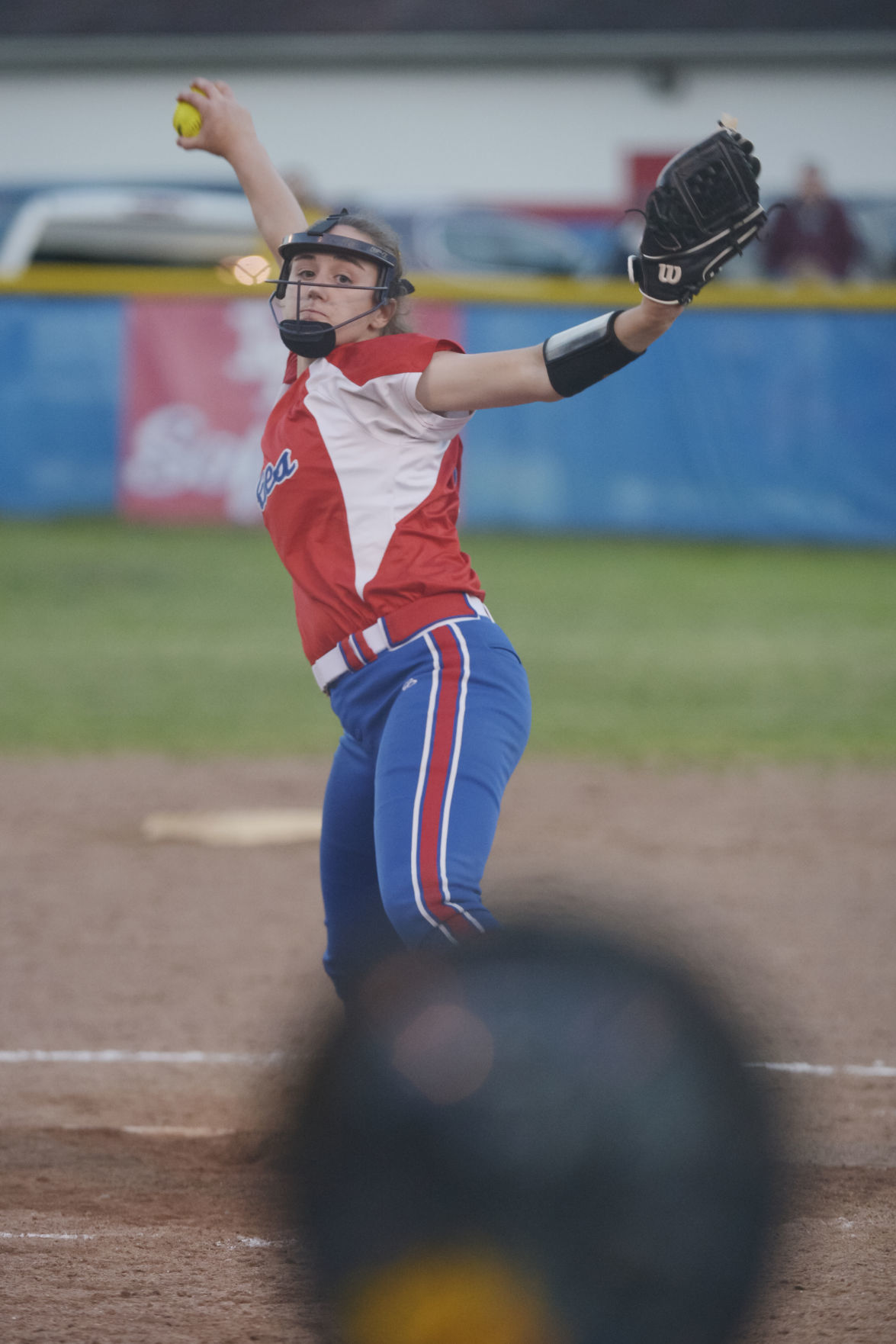 Despite being different ages and playing different primary positions, Herbert Hoover’s Delani Buckner and Hurricane’s Caiti Mathes have a lot in common.

Neither has played a prep softball season that didn’t end in a state championship. Each has won a Gatorade West Virginia Player of the Year award. And now, both have also been named the state player of the year by the West Virginia Sports Writers Association as the two split the 2019 honor.

Mathes, a senior, ended her career with a fourth Class AAA championship in four tries in Vienna in May. Buckner is on the same pace, winning her third Class AA title with the Huskies at the end of her junior season.

While both have more-than-worthy numbers for the award, both of them — the ultimate team players by all accounts — started with praising their teams first.

“It’s more of a team award,” Buckner said. “It brings to light how well our team does, making sure they can perform. They do a lot for me and they know I always have their backs and they have mine.”

“We just knew we wanted to be back in Vienna all year long and we had to step up and be our best every single game,” Mathes said.

While the numbers, the records and the titles are glossy, both players had to help lead their respective team through a fair share of adversity.

For Hurricane, that came mainly in an early-season three-game losing streak, all lopsided defeats, to George Washington, Cabell Midland and St. Albans. It left the team with a 2-3 record and in uncharted waters for a program that has now won five straight Class AAA championships and six out of the last seven.

“In past years, we got beat once and I guess everybody assumed we would just win it,” Mathes said. “In practice we talked about it — our weak spots offensively and defensively — and worked on those.”

Over the course of the season, the Redskins steadily improved, and by the time the team reached the state tournament in Vienna, there was little visible difference between the 2019 edition and any of the past championship teams.

At the heart of all of it was Mathes, a slick-fielding shortstop with a big arm that will head to Marshall next season to continue her playing career. She registered a .607 batting average with 22 home runs, a number believed by most to be a single-season state record. She also drove in 73 runs and led the team with five triples and seven stolen bases.

“You have confidence in her to get on base every time,” Hurricane coach Meghan Stevens said. “If she gets out, it’s a huge deal to the other team. She got out once in sectionals and Cabell Midland’s dugout went crazy and I told her, ‘That’s a compliment.’ She can go with an outside pitch and she can get around on an inside pitch. She’s just a terror at the plate.”

Buckner has one more season to add on to her totals, but her numbers in 2019 were every bit as eye-popping. The junior righty, who is committed to Appalachian State, went 20-1 with two saves, five perfect games and nine no-hitters while striking out 273 and walking 18 in 127 innings with an ERA of 0.33.

Those numbers marked a small improvement on already terrific pitching stats from 2018, but it was at the plate that the biggest gains were had. This year she led the Huskies with a .495 batting average to go with a pair of home runs, nine doubles and 33 RBIs from the cleanup spot.

“Thankfully for us, she put in all that work in the offseason and generated some power and RBIs,” Hoover coach Missy Smith said. “She ended up in the four spot and only struck out six times all year.”

“Delani is unflappable. When she gives up a home run she looks the same as if she struck a batter out. For her to maintain that for us to rely on, it gave us a solid anchor to rally around.”

“I think it helped tremendously,” Buckner said. “It gave us the realization that, hey, we’ve got to continue to work and take this and learn that any team can beat us at any time.”

Then at the state tournament, the Huskies had to compete largely without assistant Jamanda Rollyson, who was dealing with the death of her brother back home. The team never let it show until post-state title game interviews, but the Huskies were heavy hearted and had to fight through emotion in getting the job done again.

“It was tough, especially since it was so raw and everybody was trying to digest it and take it in,” Buckner said. “She told us she needed it to be as normal as possible. She really stayed strong for us and we needed to stay strong for her. The best thing we could do was go up and work hard on the field and whether in the end we won a state championship or not, going out there and leaving it all on the field.”

Maybe more than the rings, the awards, the numbers and the recognition, Mathes and Buckner share a similar mindset. Each deflected to praising their teams when asked about winning the player of the year award and both come from programs that pride themselves on team unity and togetherness. As the parades become a yearly tradition in Hurricane and Falling Rock, it’s hard to argue the importance of the cohesion that Smith and Stevens have helped install and that players like Mathes and Buckner have bought into.

“I think that’s why we’re so successful,” Mathes said of the Redskins. “We all like each other, we all have fun and we’re not miserable in practice, we look forward to it.”