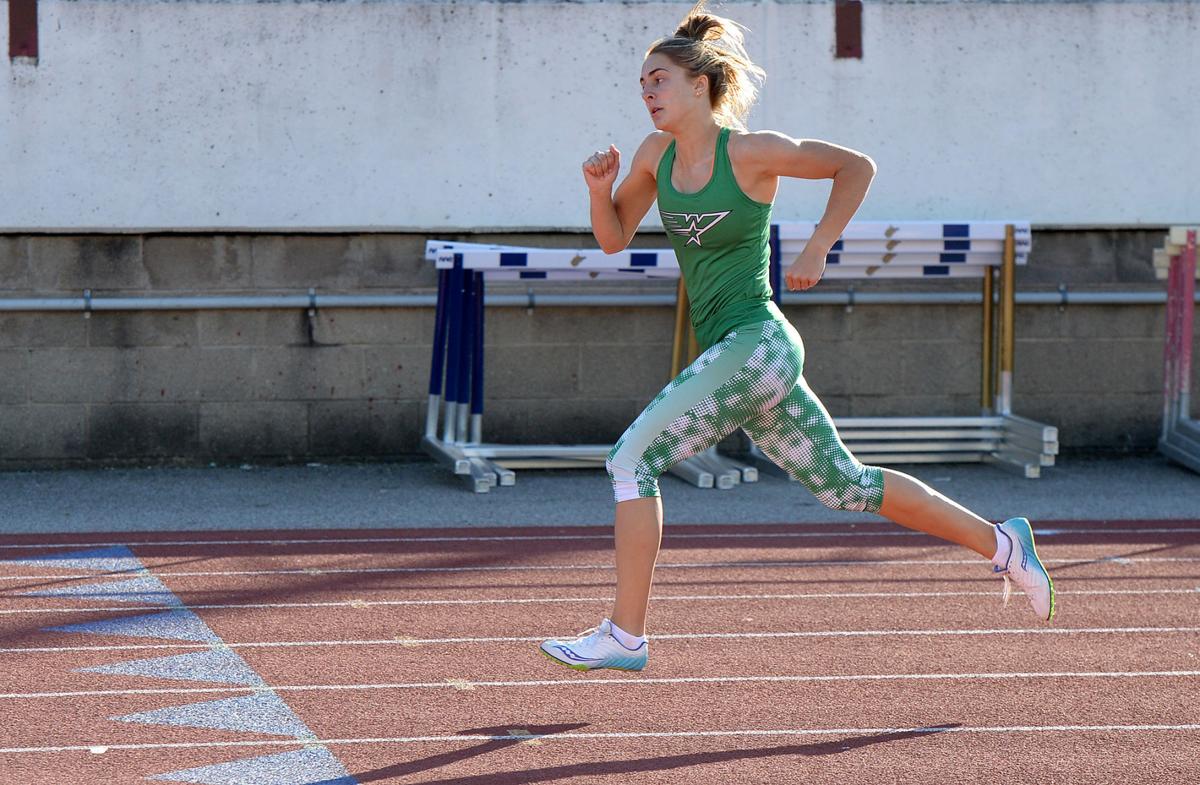 Winfield’s Allie Germann runs way out in front in the 400-meter race at the Laidley Field Invitational Friday night at University of Charleston Stadium. 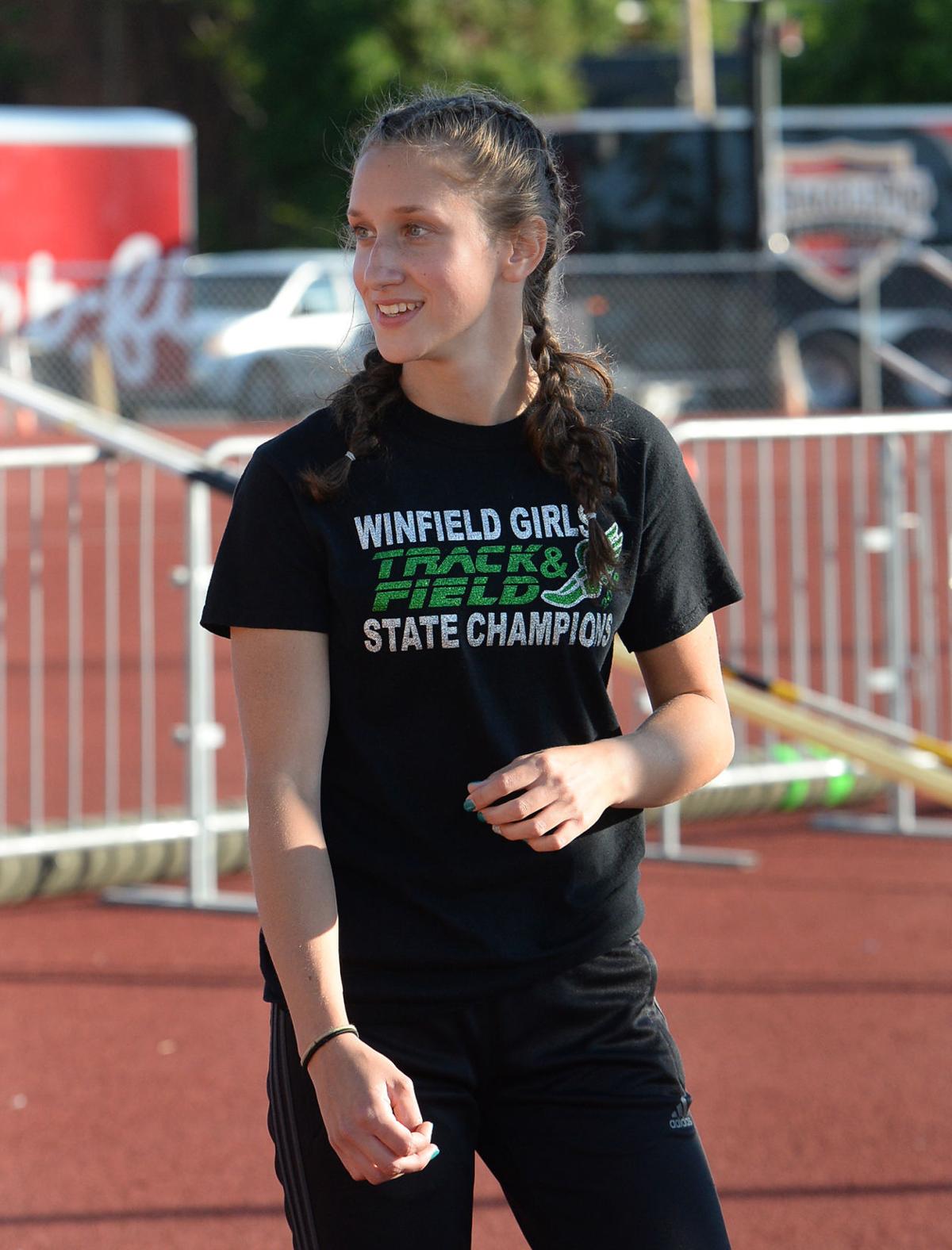 Winfield’s Allie Germann runs way out in front in the 400-meter race at the Laidley Field Invitational Friday night at University of Charleston Stadium.

Ordinarily, athletes around West Virginia are getting ready for the state track meet right about now. But there’s certainly nothing ordinary about sports seasons during a pandemic.

With spring sports being pushed back this year, there’s about a month left before the state meet convenes June 10-12 at University of Charleston Stadium. Some athletes, though, look like they’re ready for the big show at any time.

Take Winfield, for instance, in the Class AA girls division.

That trio combined for seven wins in individual events Friday, helping the Generals capture the team title with 231 points, more than doubling runner-up Charleston Catholic (84). Goodman also provided a record-breaking effort near the end of the meet by clearing 12 feet, 5 inches in the pole vault, an all-time best in West Virginia. The all-class state meet record is 12-4 by Lauren Zaglifa of Class AAA Washington in 2017.

The boys championship in Friday’s meet also went to Winfield (176), with Riverside (90) as runner-up and South Charleston (71) in third, led by boys high-pointer winner and sprinter Bruce Williams.

Goodman has now surmounted at least 12 feet in the pole vault in three meets this season — a height that’s been reached only twice previously in any class at the girls state meet — and has gone 16 feet in the long jump.

In fact, any of Goodman’s 12-foot vaults and Withrow’s 11:08.81 in the 3,200 this season are already better than the respective marks that won those events in the 2019 state meet (last year’s meet was canceled by COVID).

“We do have some potential,’’ said David Bailey, Winfield’s long-time girls coach. “This is the smallest team we’ve had in 40 years — boys and girls — but we have some quality kids, and they really work hard.

“Rachael ran that [3,200] time all by herself. She puts in the miles over the winter. Germann, she’s just a natural. She’s the real deal. Goodman is so self-motivated, it’s just unbelievable. The other night, it was 8:30 when she left the track. It was dark. She’s a quiet kid, a great kid.’’

Goodman is aware that her season best of 12-5 in the pole vault, if she matched or exceeded it in the state meet, would put her in rare company. Her best in state meet competition is 11-4 in 2019. However, she has to push herself every meet this season, since no one else in the state in any class has gone higher than 9-9.

“It’s really hard when there’s no one still [vaulting] in the meet,’’ Goodman said. “But I guess I just have to rely on instinct, and I have to motivate myself to want to get those other heights.’’

“I totally understand,’’ Withrow said of needing to push herself. “I’m just comparing my times to other people outside the state, and what [others] have done on the all-time lists to try and better myself.

“Also, the team just really motivates you at practice, too, because they all want you to do your best in the meet. I want to break 11, so I think that’s a really good goal to have. So I just keep having goals, especially in COVID with the limited amount of teams at meets.’’

Germann, who won the 100 and 200 dashes as a freshman at the 2019 state meet, has added the 400 this season and has margins of .23, .81 and .40 seconds over the state’s next-fastest AA times in those respective events this season heading into Friday’s meet.

“I just want to continue to get my times down,’’ Germann said, “so I just keep going forward and keep pushing, even when you’re tired and you’re like, you want to slow down.

“[My motivation] is just, ‘Get to the finish line.’ I personally pretend someone’s chasing me, so that helps.’’

Germann’s top leap of 17-101/2 in the long jump is also more than a foot ahead of the pack in AA statewide. On Friday, she swept all four of those events in the Laidley Field meet and took high-point honors with 40 points.

Bailey knows that team goals are also part of the plan for his talented trio. The Generals have taken home state titles in four of the five previous state meets, and this year they are an overwhelming No. 1 in the RunWV power rankings.

And if that isn’t enough, there’s the matter of having their name posted in a place of honor.

“We’ve got a record board at the school,’’ Bailey said. “They want their name on that record board, and they work for it. I mean that. Those kids are self-motivated.

“They work hard. They don’t have a choice if they want to get better.’’

Other double winners on Friday all came in the boys meet: