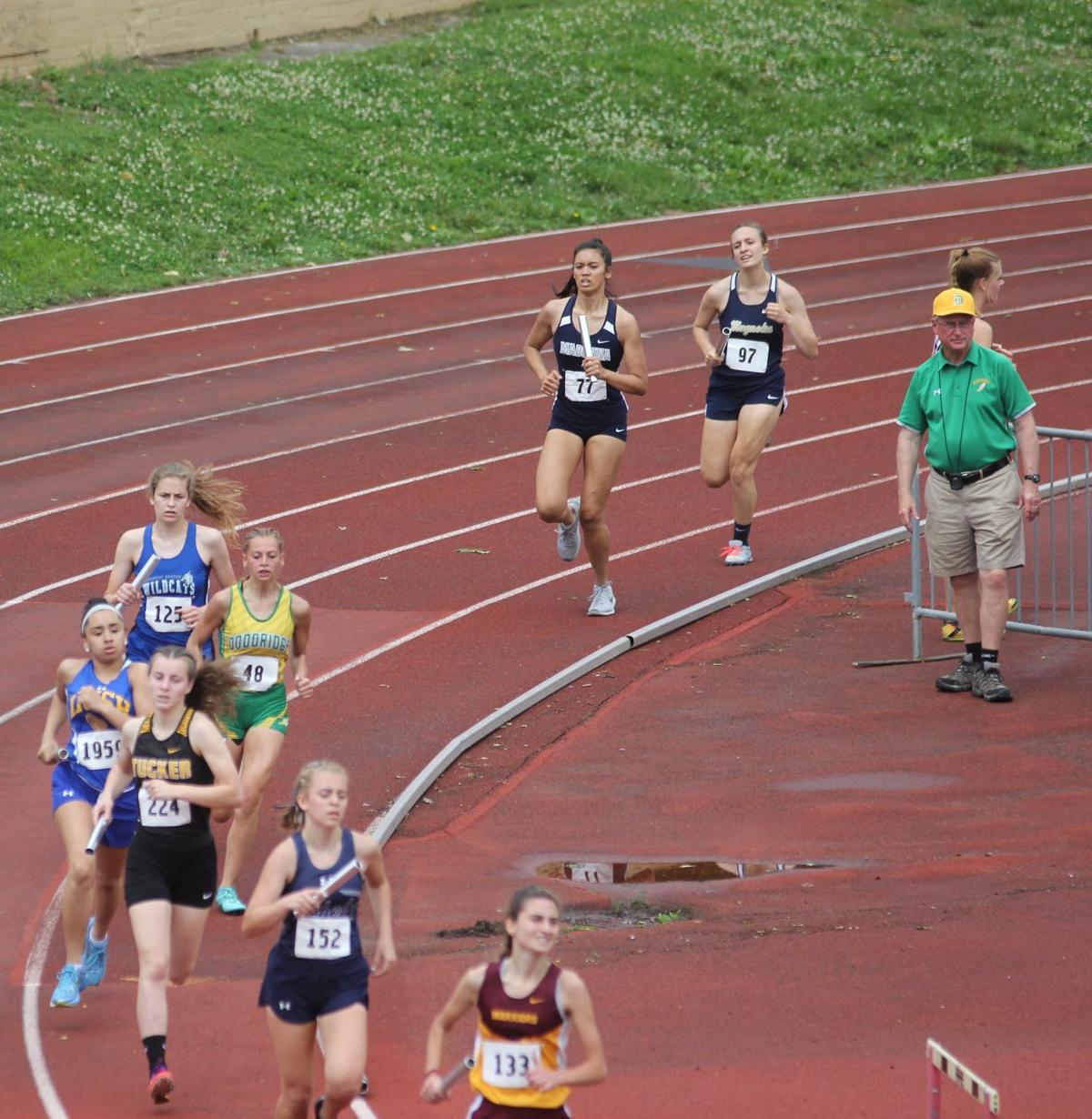 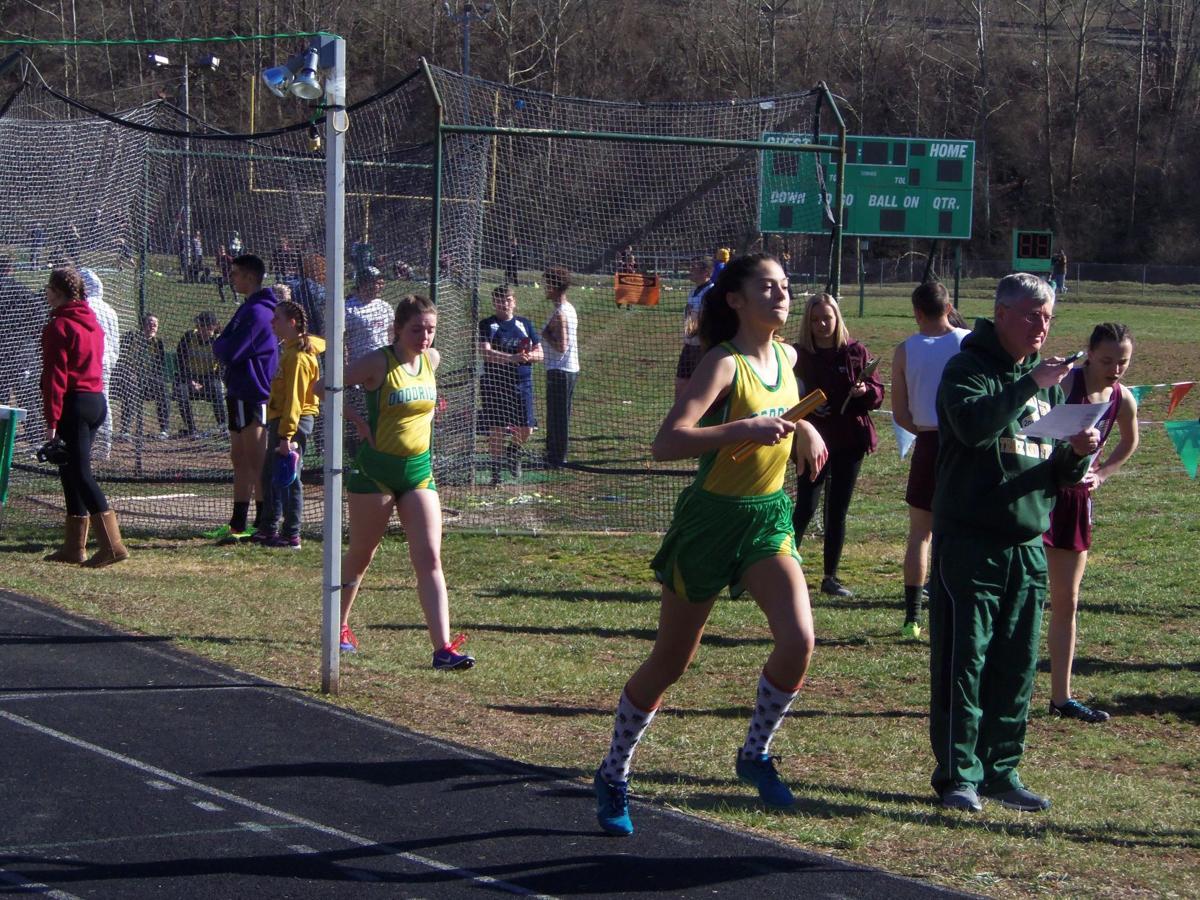 Craig Kellar (right), the Doddridge County girls track coach, keeps tabs on his runners at a meet last spring. He’s coached 17 state champion teams at the school, 11 of them in girls track.

Craig Kellar (right), the Doddridge County girls track coach, keeps tabs on his runners at a meet last spring. He’s coached 17 state champion teams at the school, 11 of them in girls track.

Some folks might think it’s easier for a track coach to handle the uncertainty during the current coronavirus pandemic. Easier than, say, a baseball, softball or basketball coach.

After all, as a track coach, don’t you just tell your kids to hit the road? Go out and run a few miles wherever there’s open spaces?

Well, Craig Kellar has been around the block a few times and then some, coaching track for 39 years at Doddridge County High School. And he knows a thing or two about running a successful program — he’s coached 17 different Bulldogs teams to state championships in various sports, 11 of them in girls track.

And to listen to Kellar, no one has it easy during the COVID-19 crisis — coaches, athletes, teachers or parents.

Yes, they want to remain hopeful that students get back in school if and when Gov. Jim Justice’s closure order ends on April 30. Yes, they’d like to get back to real track practices and compete in a few meets before it’s time for the regionals — or before they run out of time to even hold postseason meets. But for athletes and their families, staying healthy is paramount, more so than staying in some semblance of shape.

Simply having runners do roadwork while they’re in athletic and academic limbo isn’t a total cure for a track team, Kellar said.

“I think there’s a lot more to it than that,’’ he said, “although I know it would be more difficult for basketball players [to keep their skills sharp]. Distance runners can get out and go somewhere — they know the drill. Of course, those starting in field events can’t practice.

“But I think the hardest thing is for them to look at the situation and say, ‘Are we ever going to be back or not?’ Of course, [sports] isn’t as important as some of the stuff that’s going on now because of what we’re facing with the coronavirus.’’

Kellar, who turns 65 in June, was around in 1994 when the state track meet was postponed three weeks because of a measles outbreak in the Northern Panhandle, so he knows about long delays. But that wasn’t as open-ended as this one. No one can even be certain that sports seasons will resume.

And Kellar admits he hasn’t had much contact with his athletes since schools were closed more than three weeks ago.

“Not much,’’ he said. “Of course, I may be reading it wrong, but our athletic director said it’s like out-of-season coaching right now. We’re not telling them what to do. We just tell them to do what they used to do. We’re not supposed to have active planning or coaching.

“We have a Facebook group in track, but I’m afraid that might be outside of the rules, too. And another thing to think about: If you tell them to do something and they get hurt, who would be responsible?’’

A lingering pandemic might be about the only thing Kellar hasn’t seen in his nearly 40 years of coaching and teaching at the West Union school.

His other state championships came in girls cross country (three) and boys cross country (one), a pair of sports where he’s either been head coach or co-coach since 1999. Kellar also serves as an assistant with the boys track program, which has won nine state titles since 1994, including one last spring. His girls once captured seven track titles in an eight-year stretch (2000-07).

“It’s amazing,’’ Kellar said. “When we won the first one [in basketball] in 1985, it seemed like we broke the ice with that. I think the only [titles] the school won before that were in 1936 when they were proclaimed football champs [because there were no playoffs] and 1939 when they were co-champs. But that was so long ago and I thought we were breaking new ground by winning a championship rather than just proclaiming it.

“We’ve just been very fortunate to have a lot of athletes and a lot of support from the parents and the community to let us do our job and hang in there. Obviously, we’re not always making decisions to make everybody happy, but more or less happy.’’

Most of the championship hardware Doddridge has won over the years has come in track and cross country. Kellar said a big reason he stepped into the role as girls track coach in 1982 was because former coach Judy Ritz was getting ready to have a baby.

“They needed someone to take the job, and I did,’’ Kellar said. “They say success kind of breeds success, and I guess there’s truth to it. I think it you look at all our championships throughout the years, most of them are in running — all but three of the 31 are in cross country or track.

“I think we’re more geared for running sports here. For the skill sports, I call us landlocked. If kids want to play basketball in the summer, they have to go to Parkersburg or Fairmont. For running, you just go out and do it.

“As for my part in it, I don’t know about that. I don’t know if I’m a good head coach because I’ve had so many different assistants. When all is said and done for me, I’m just glad if a kid said they enjoyed playing for Coach Kellar. That means as much as anything to me in this day and age.’’

Kellar, who also teaches algebra, calculus and math at Doddridge, isn’t ready to step down as coach, but thinks he can see the finish line approaching.

“I don’t know if this season is going to count or not,’’ he said with a laugh. “I know I’ve been in it for the long haul already, but I’d like to do a few more years. I can’t see me doing it 10 more years, but right now I’m sitting at home and I’d like to get back out there and try again.’’