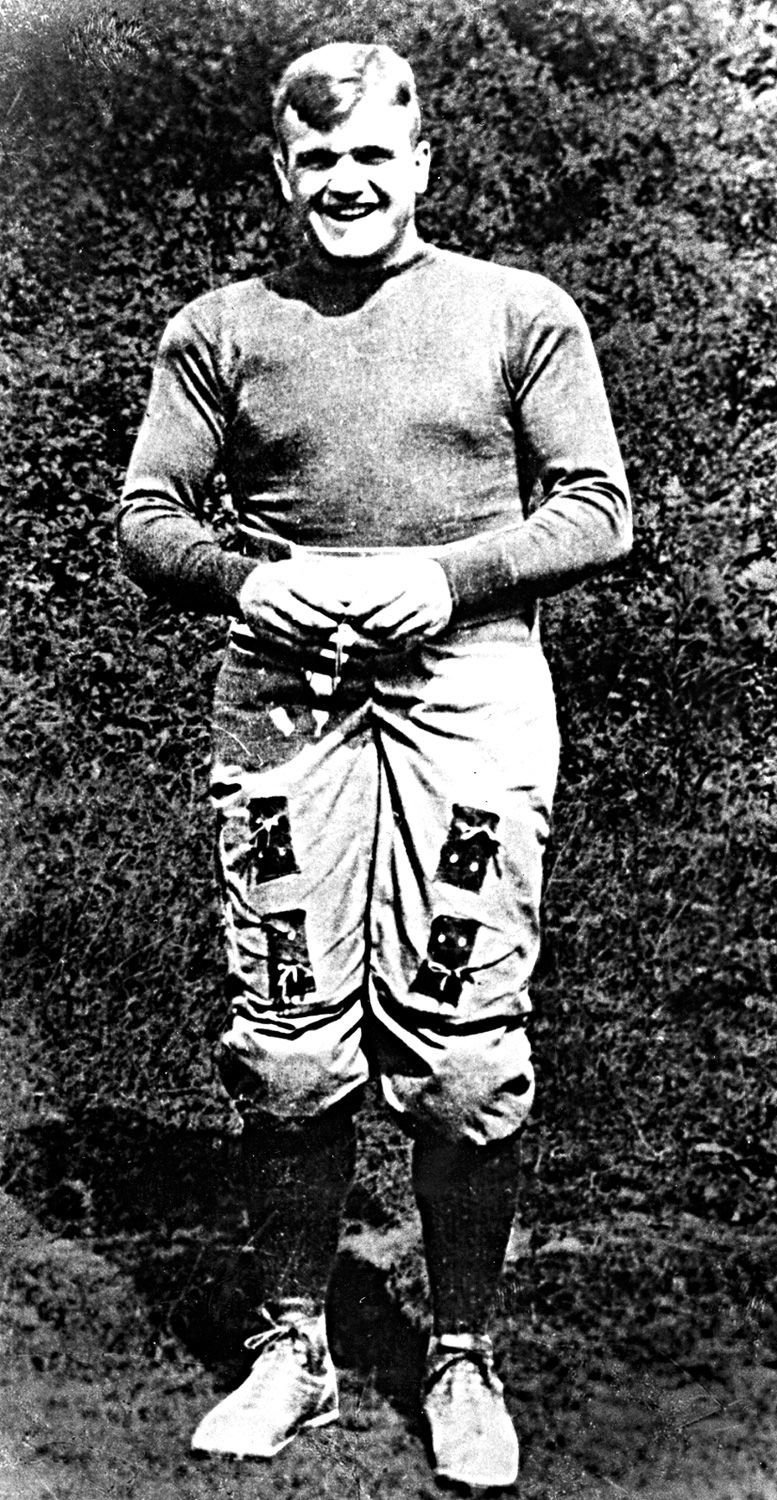 In 1919, WVU’s Ira Errett “Rat” Rodgers was considered by most to be the best college football player in America. 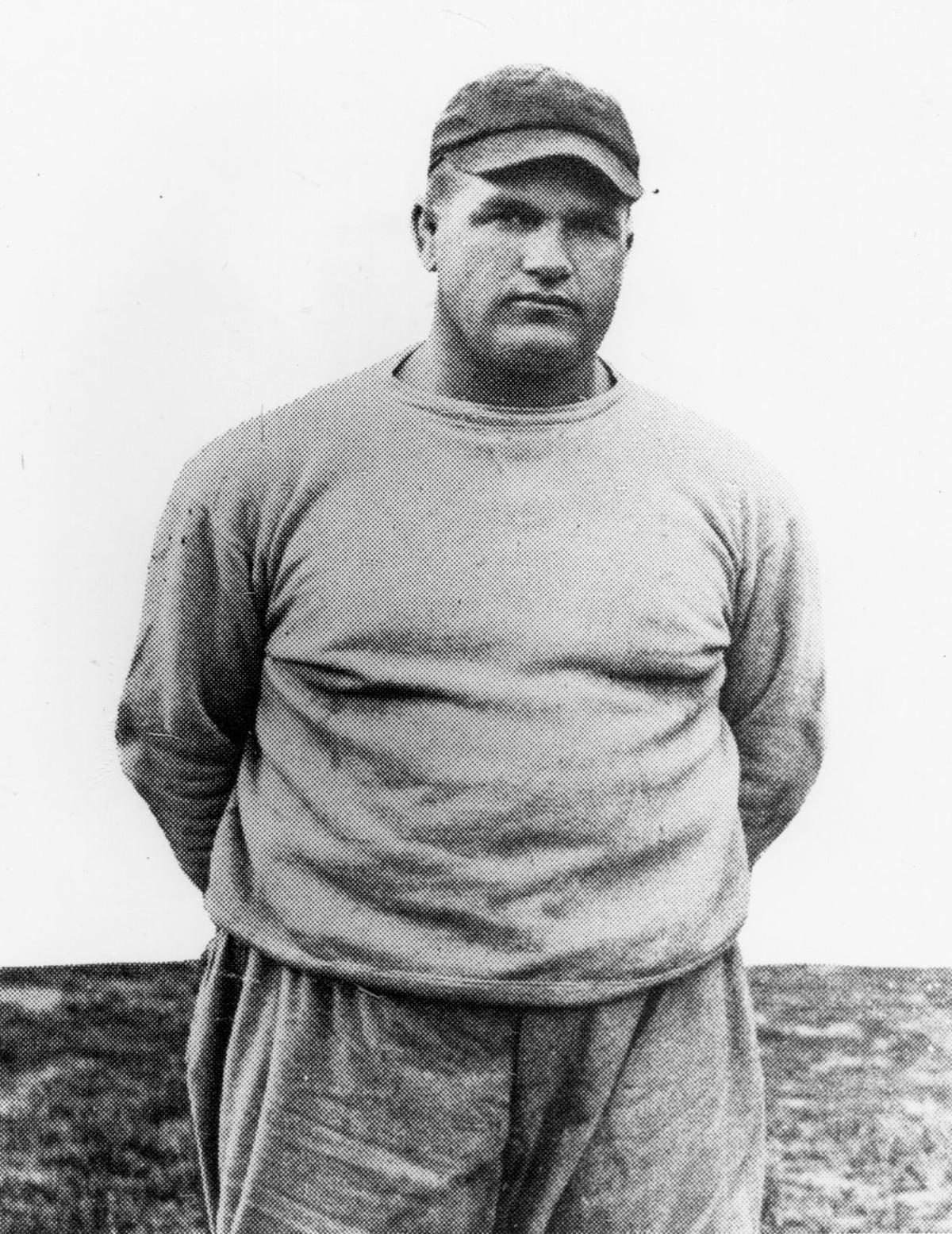 Ira Errett "Rat" Rogers coached at WVU for 42 years, including 14 years with the football team (nine as head coach), baseball for 23 years and golf for 13. 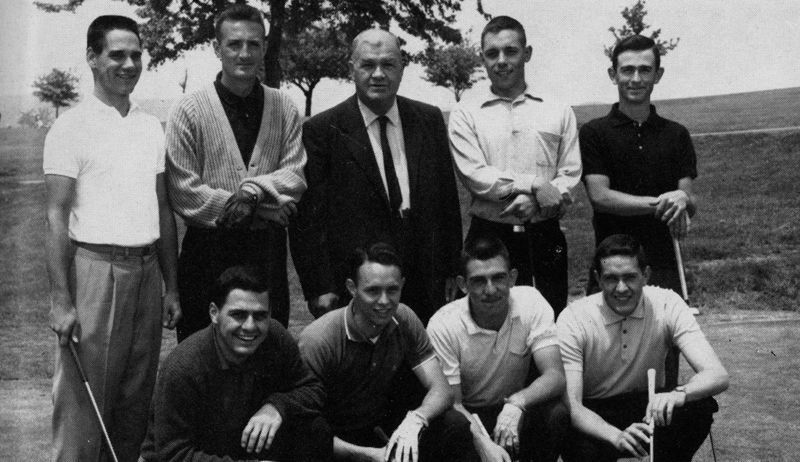 In 1919, WVU’s Ira Errett “Rat” Rodgers was considered by most to be the best college football player in America.

Ira Errett "Rat" Rogers coached at WVU for 42 years, including 14 years with the football team (nine as head coach), baseball for 23 years and golf for 13.

Road trips for the West Virginia University golf team must have been a hoot in 1961. They were a hoot, at least, for the Mountaineer golfers lucky enough to ride in the coach’s car. Securing one of those coveted seats, however, was not always easy.

“We’d all push and shove to get in the car with Coach,’’ recalled Bob King, a U.S. Circuit Judge and the Mountaineer golf captain in 1961. “Everybody wanted to get in there with him.’’

Those unable to wriggle a seat in the coach’s Buick rode with the team’s assistant coach, Charlie Hockenberry, an amiable fellow but notably less heroic, charismatic and captivating than the coach.

The coach, 65-year-old Ira Errett “Rat’’ Rodgers, had once been a Mountaineer football player of astonishing athleticism — a 5-foot-10, 198-pound speedster in an era of 175-pound linemen — who in 1919 was, by almost any measure, the best college football player in America. He led college football in scoring and, in all likelihood, was the nation’s best runner and the nation’s best passer.

Upon his 1919 WVU graduation — as an honor student in chemistry — Rodgers was considered the most accomplished all-around athlete in school history, a distinction that continues a century later and, in light of today’s athletic specialization, likely will continue indefinitely.

Newspapers described his elusive running style as “shifty’’ and likewise said he was a “shifty’’ passer, meaning he moved nimbly in the pocket, making it difficult for defensive linemen who lacked his quickness, agility and size.

In addition to his football greatness, the Bethany native was the Mountaineers’ oversized but light-on-his-feet shortstop and cleanup hitter who, after graduation, declined professional baseball offers and opted for a life as a WVU teacher and Mountaineer football, baseball and golf coach. He also played varsity basketball for the Mountaineers and was captain in all three sports.

In 1927, at age 32, Rodgers took up golf after a challenge from his Morgantown Country Club buddies and, two years later, won the West Virginia Amateur Championship at the Greenbrier’s White Course. He never entered the tournament again.

Fairmont Times sports columnist Bill Evans called him a man of “innate modesty and self-deprecation.’’ A New York Herald sportswriter, after seeing him play in 1919, wrote that he was “198 pounds of bulldog aggressiveness and greyhound speed.’’ At Rodgers’ retirement dinner in 1962, WVU athletic director Harry Stansbury described him as “idolized but unspoiled’’ and added, “We have never seen and we shall never see his equal.’’

On the morning of Nov. 8, 1919, the New York Tribune’s Grantland Rice, the nation’s most famous and respected sportswriter, reflected on Rodgers’ talents in his daily column. In words widely repeated throughout the century, he wrote: “There may be a greater all-around football player than Rodgers of West Virginia, but no one has uncovered his name as November slides briskly along the autumnal trail. And it is likely no one ever will.’’

Rice had either seen or learned of Rodgers’ performance the previous week at Princeton, in which he led the Mountaineers, a 10-point underdog, to a 25-0 upset of the Tigers — a performance that caught the attention of the influential Eastern press.

The subject of the Mountaineers’ Princeton victory occasionally popped up in that spring of 1961, the final season of Rodgers’ long WVU coaching career. Traveling along country roads en route to golf tournaments at Pitt, Penn State, William & Mary, Richmond and elsewhere, he told old football stories, laughed, joked and touched on current events. “He could talk about anything,’’ said King, a White Sulphur Springs native. “And he could cuss better than anybody without being offensive.’’

Typical of his nature, Rodgers never bragged about his Princeton heroics but certainly remembered the Tigers. “Damn they hit hard!’’ he would say, sitting behind the wheel of his Buick. “We beat those sons o’ bitches, but damn they hit hard!’’

Those hard-hitting Princeton Tigers, by the way, knocked Rodgers unconscious in the Mountaineers’ victory at Princeton’s 45,000-seat Palmer Stadium on Nov. 1, 1919. After suffering a blow early in the second quarter, he rose uneasily to his feet but suddenly shouted “Timeout!’’ in a voice audible throughout much of the stadium. He then collapsed.

When West Virginia coach Mont McIntyre and a doctor hurried to his side, Rodgers regained consciousness and insisted he was OK. But he yielded to their wishes and walked off the field.

By that time, he already had led the Mountaineers to a 19-0 lead and impressed Walter Camp, the “Father of American Football.’’ Camp, a former Yale halfback who coached at Yale and Stanford, helped write the rule book, contributed countless coaching innovations and published an annual All-America team.

After the game, Camp entered the WVU locker room, congratulated Rodgers and said he would be a first-team All-American. Although the Heisman Trophy would not debut until 1935, Camp called Rodgers the best player in the nation, later saying he deserved captaincy of the All-America team. “If I chose captains,’’ Camp said, “it would be Rodgers.’’

Rodgers also impressed Princeton coach Bill Roper. “I’ve never seen Rodgers’ equal as a thrower of the forward pass,’’ said Roper. “And he’s equally good running through the line or around end, the kind of runner that takes three or four men to bring down.’’

Because of his injury, he played only the first and fourth quarters of the Princeton game but rushed for 105 yards on a muddy field and completed 10 of 18 passes for 137 yards, a robust total in an era dominated by the running game. The Mountaineers gained 460 yards on plays from scrimmage and kick returns, including Rodgers’ 23-yard punt return that set up a WVU touchdown. One newspaper described it as a “corkscrew’’ return.

“A team comes from the West Virginia mountains,’’ said the Philadelphia Inquirer, “and tosses off a great Princeton team with ease. The Tigers were helpless against the fierce attacks of [Rodgers] and were unable to cope in any way with the many clever forward passes which he started.’’

Rodgers “threw the Tigers into a panic with a splendidly executed forward passing attack,’’ noted the New York Herald. “There was no stopping of Rodgers, who gave as thrilling an exhibition of offensive play as ever delighted the heart of a football fan. It was his accurately thrown forward passes, however, that tied the most knots in the Tigers’ stomachs.’’

Added the Central New Jersey Home News of New Brunswick, “Many seasons have elapsed since the Tigers have been so decisively dominated by an eleven.’’

It was such a wonderful victory that WVU administrators called off classes for Monday.

In his 42-year WVU coaching career, Rodgers coached football for nine seasons as head coach and five as an assistant, baseball for 23 years and golf for 13.

The 1919 Mountaineers were 8-2, losing to Pitt 34-13 in Pittsburgh and to Centre College of Kentucky 14-6 at Laidley Field. In an era of one-platoon football, WVU generally started nine state natives, including Paul “Monk’’ Hager of Charleston.

For much of his life in Morgantown, Rodgers and his wife lived at the top of Spruce Street hill across from the Phi Kappa Psi house, and each morning, as a means of staying in shape, he would walk to his on-campus teaching and coaching duties.

The three-quarters-of-a-mile trek took him past Armstrong Hall, the Administration Building, a women’s dormitory, the armory and the site of the old Athletic Field, which undoubtedly stirred memories of his football heyday.

In addition to his chemistry classes, Rodgers taught golf at the old fieldhouse on Beechurst Avenue, setting up nets on the gym floor and teaching his students to hit into them.

At the old Morgantown Country Club, on land now occupied by Mountaineer Field, the facilities building, the Blue Lot and the law school, Rodgers, using binoculars and positioning himself on the club’s second-floor balcony, would watch his golfers during competition. Afterward, he would sometimes confront the players and deliver a biting critique. “But it wouldn’t last 10 seconds,’’ said King, who played four seasons for Rodgers. “It was over with once he said something.’’

After one of his Mountaineer golf seasons, Rodgers’ players presented him with a gift bearing an inscription that read: “To the most unforgettable character we ever knew.’’

Rodgers once told WVU sports information director Eddie Barrett that his greatest thrill in athletics was coaching the Mountaineer football team to a 9-6 victory over Pittsburgh in 1928 in front of 25,000 fans at Pitt Stadium. It was especially satisfying, he said, to accept congratulations afterward from Panthers coach Jock Sutherland.

He liked poetry and, especially on long car rides, would recite passages to his wife. One of his favorites was Shakespeare’s 29th sonnet. His friends called him “Rodge’’ but never “Rat,’’ an unsavory nickname left over from his youth in Bethany. His friends often teased him good-naturedly, knowing he was a good sport and more than capable of witty retaliation. He taught Sunday School for many years.

At his retirement dinner in May of 1962 at the Hotel Morgan in Morgantown, Rodgers addressed a crowd of friends and former teammates and, though wracked with the pain of terminal cancer, said, “I’m so overcome by this that the only thing I’ll probably do is cry.’’

Tears then rolled down his cheeks, prompting a pause of several minutes. He then composed himself and added: “I’ve met so many old acquaintances — men I haven’t seen in many years — that I hope you’ll forgive me for my emotions. As God knows, I have nothing to be sorry for. Everything I have is to be grateful for.’’

He died nine months later at age 67. “We shall not look upon his like again,’’ Evans wrote the next day in the Fairmont Times.

In 1949, the West Virginia Sports Writers Association recommended that Mountaineer Field be renamed Rodgers Field. It was a reasonable suggestion in light of the countless football stadiums and basketball arenas nationwide named for local heroes.

But Rodgers’ modesty and perspective forced him to decline. He sent a letter to the WVU Athletic Council, noting that teamwork is the “most important factor in athletic competition and in life.’’ Therefore, the stadium should not be named for one man. The name instead should reflect teamwork, he wrote, and be an ongoing tribute to all Mountaineers.