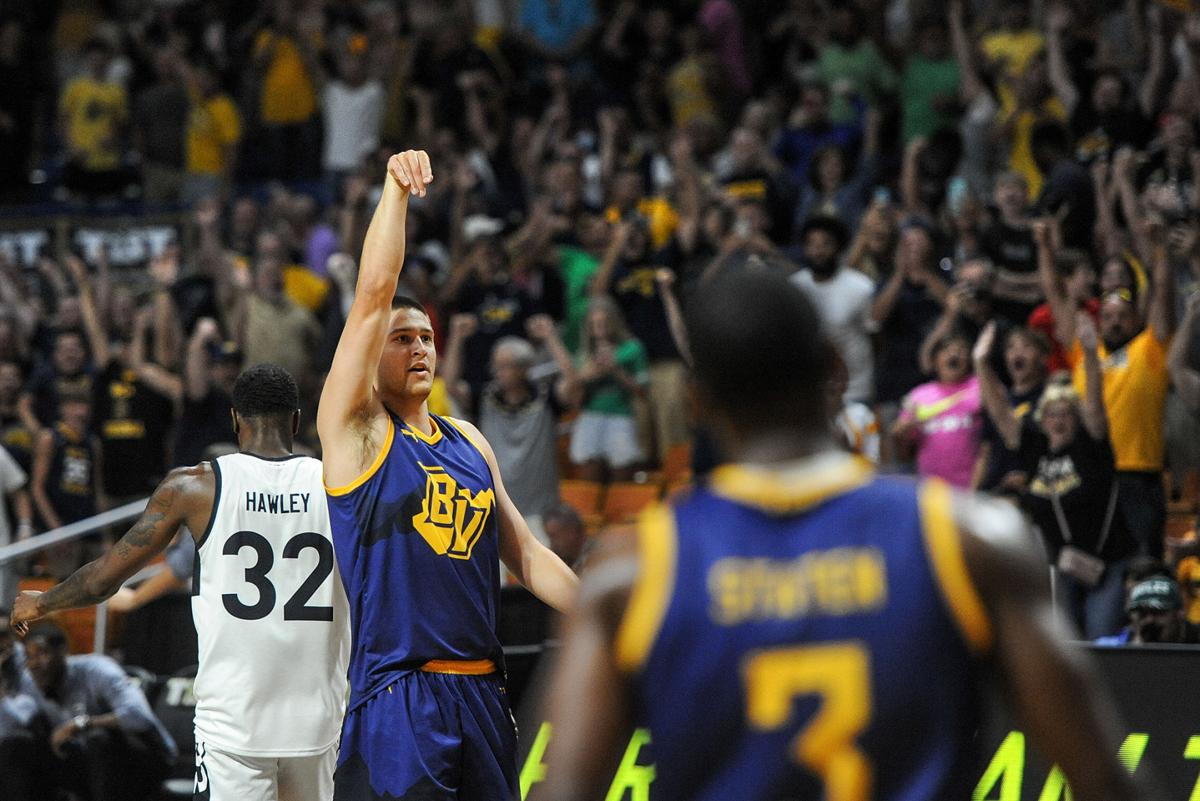 Best Virginia’s Nathan Adrian follows through on his game-ending shot against D2 Monday night at the Charleston Coliseum. 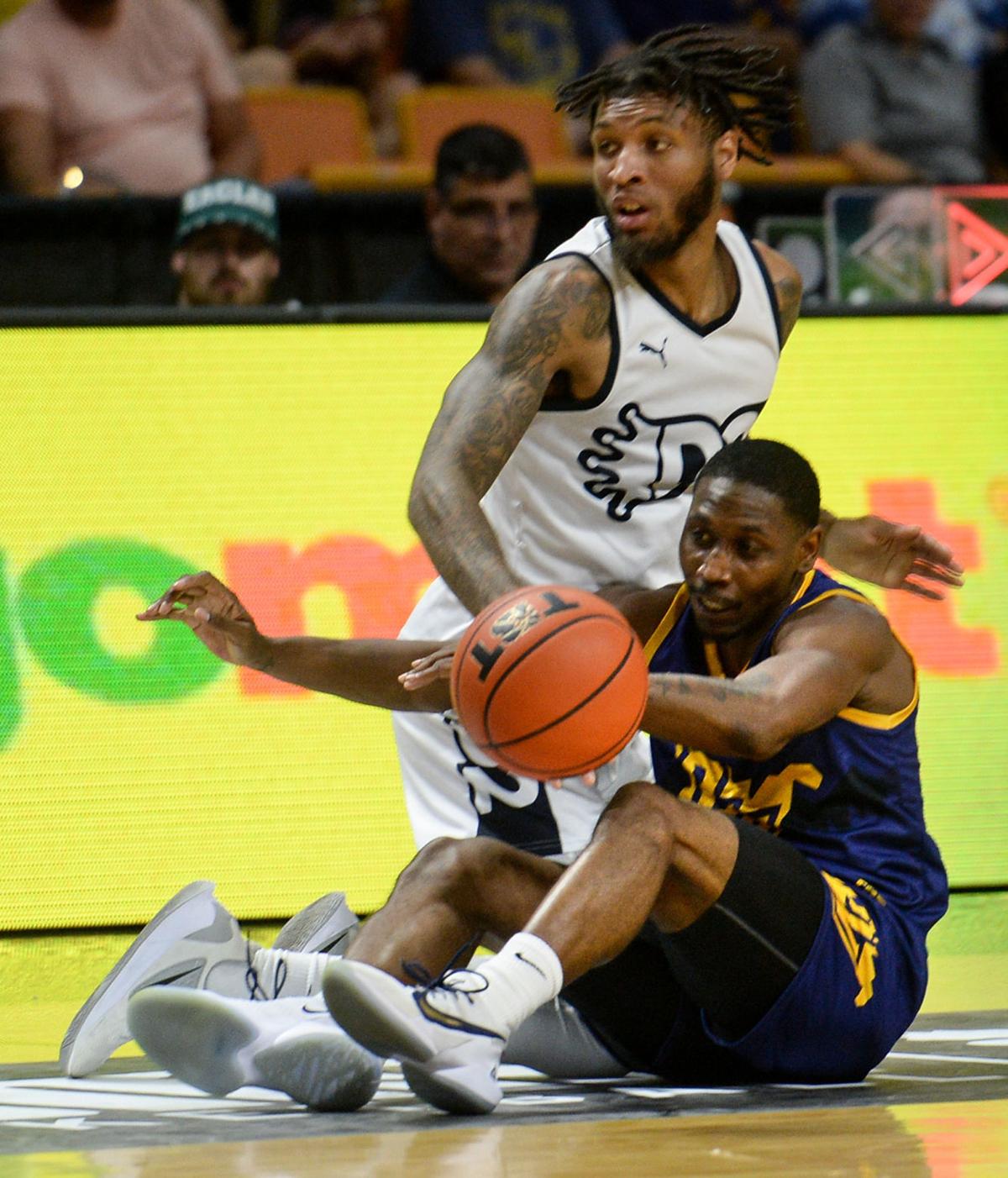 Best Virginia’s Nathan Adrian follows through on his game-ending shot against D2 Monday night at the Charleston Coliseum.

After opening The Basketball Tournament on Saturday with a 70-67 win over WoCo Showtime in a game that featured plenty of twists and turns, especially in the final moments, Best Virginia’s second-round contest didn’t have quite as much late-game drama.

Instead, Best Virginia pulled away from D2 in the fourth quarter Monday night, scoring a 63-51 victory at the Charleston Coliseum.

With the triumph, Best Virginia advanced to the Sweet 16 of the single-elimination TBT. The WVU alumni team will now face Team 23 at 9 p.m. Wednesday in Charleston after 23 defeated Herd That 74-71 in its second-round game earlier Monday.

Best Virginia got off to a fast start Monday, using a 12-2 first-quarter run to open up a 22-12 lead by the end of the period.

“We put a point of emphasis on that,” said Best Virginia’s Tarik Phillip of getting out to a strong start after falling behind early to WoCo on Saturday. “We didn’t want play trailing from behind, trying to get back in the game. We came out and punched first.”

“We had good energy to start the game,” added Best Virginia big man Kevin Jones. “We were in attack mode and weren’t playing on our heels.”

Despite that strong start, Best Virginia went into a 4:19 scoring drought in the second quarter, allowing D2 to cut into that lead, and it trailed just 30-26 at halftime. Other than Jones and Jamel Morris, who each had nine first-half points and combined to make 7 of 12 shots, Best Virginia had trouble getting the ball through the net in the first 20 minutes. Its other six players converted just 5 of 19 field-goal attempts, though it countered those shooting struggles by forcing D2 into 10 first-half turnovers.

D2 pushed to the front in the third quarter, but led by eight points from Nate Adrian, who recently signed a contract with a pro team in Italy, Best Virginia charged back and took a 45-42 advantage into the fourth quarter. Best Virginia controlled the pace of that final period, outscoring D2 8-2 over the first six minutes, and it took a 53-44 lead into the Elam Ending.

D2 tried to make things interesting in the Ending, but Best Virginia wasn’t about to let this one get as dramatic as Saturday’s win over WoCo. Instead, Best Virginia ultimately stretched things out, and Adrian put an exclamation point on the victory with a 3-pointer to seal the 63-51 triumph.

After scoring 11 points, all in the second half, Adrian got the honor of moving the Best Virginia name ahead in the TBT bracket. Phillip also had 11 points to go along with seven assists for Best Virginia. Morris finished with 11 points as well, while Jones led Best Virginia with 13 points.

“This is fun being around my brothers,” smiled Jones after the win.