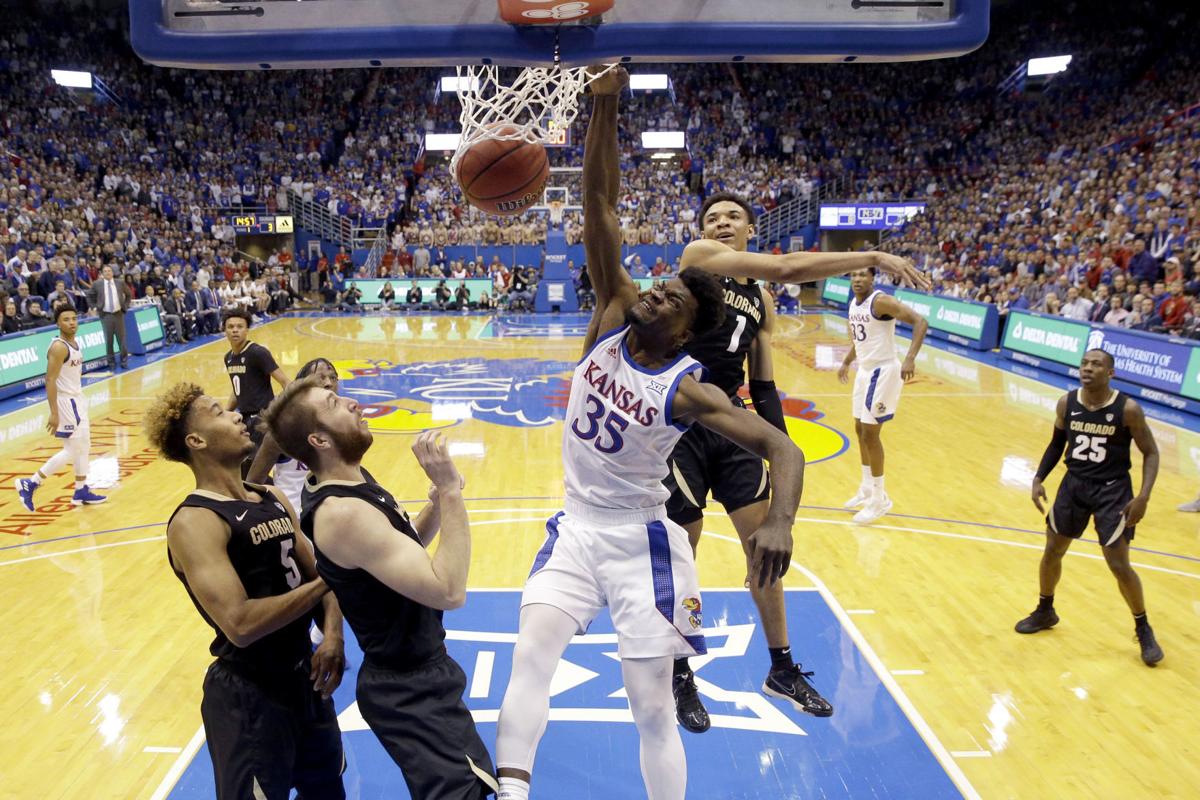 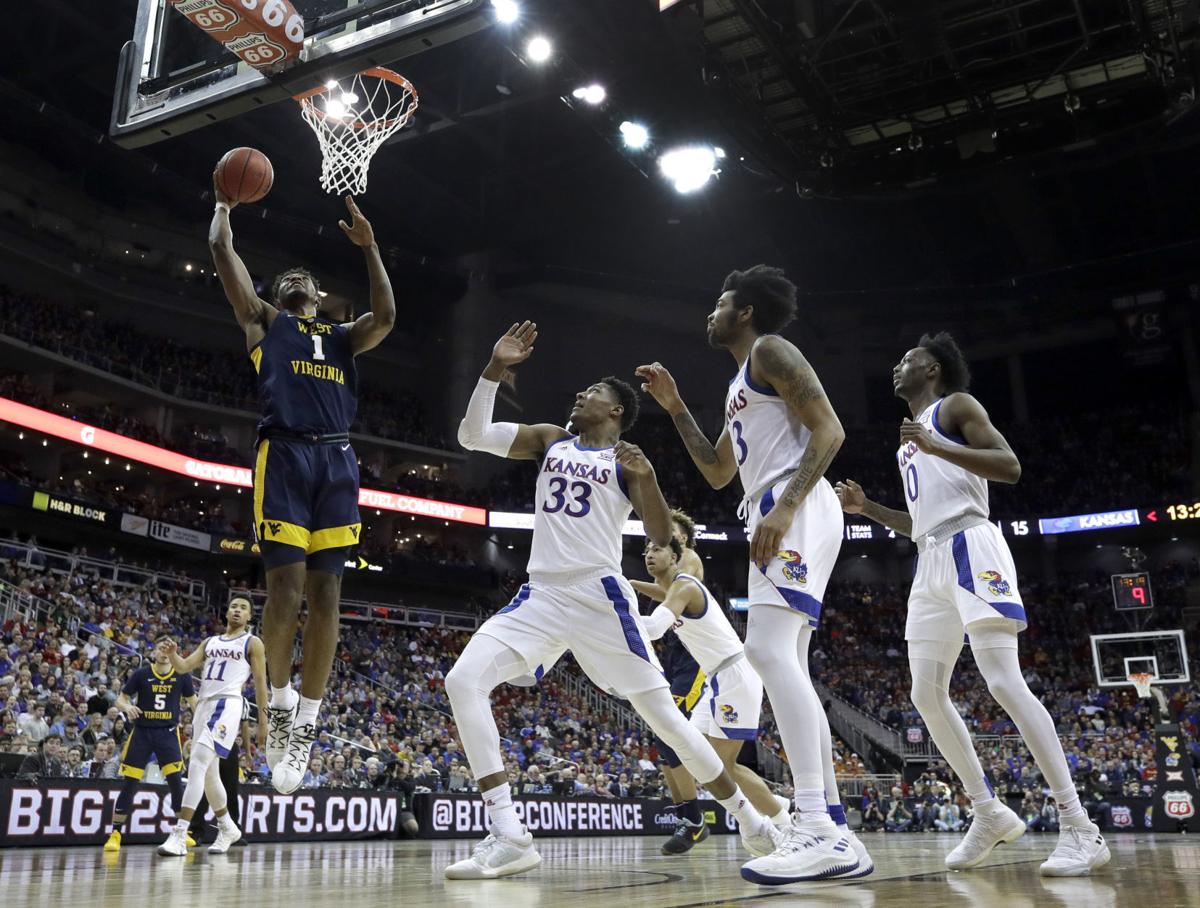 West Virginia's Derek Culver (1) gets past Kansas' David McCormack (33) to put up a shot during the the Big 12 tournament March 15 in Kansas City, Mo. 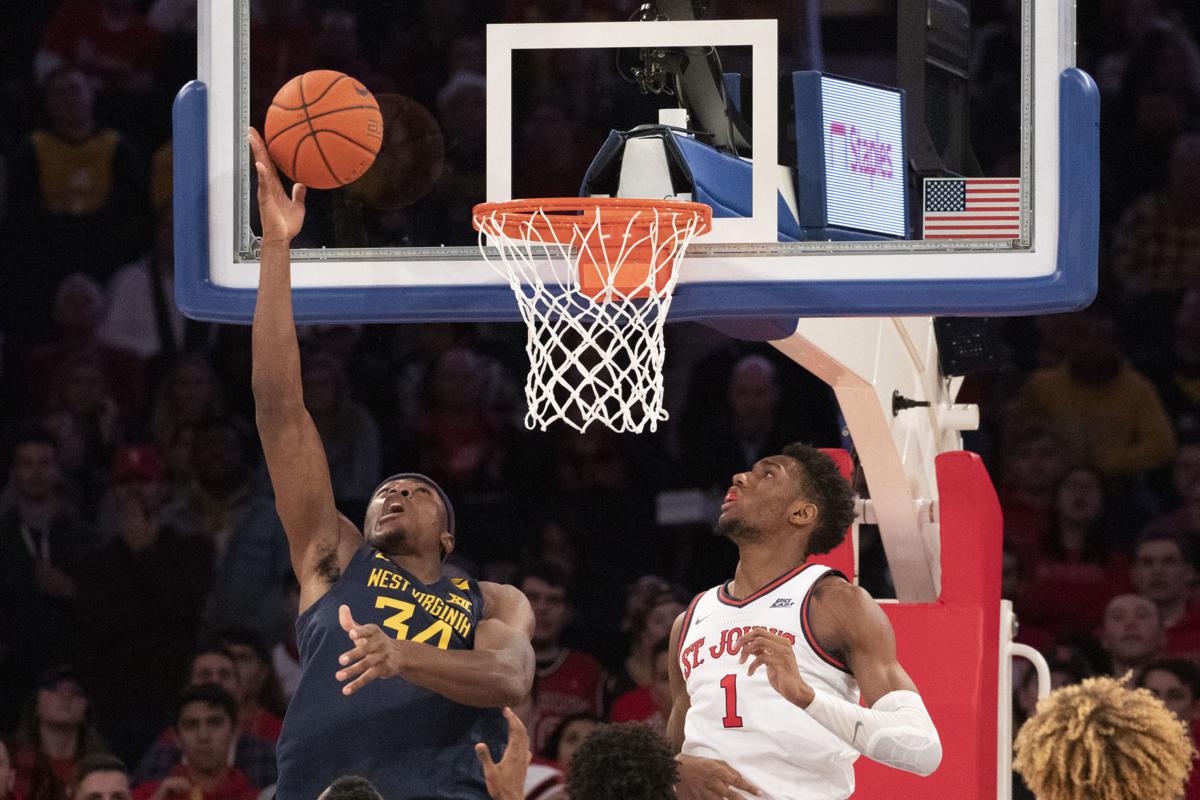 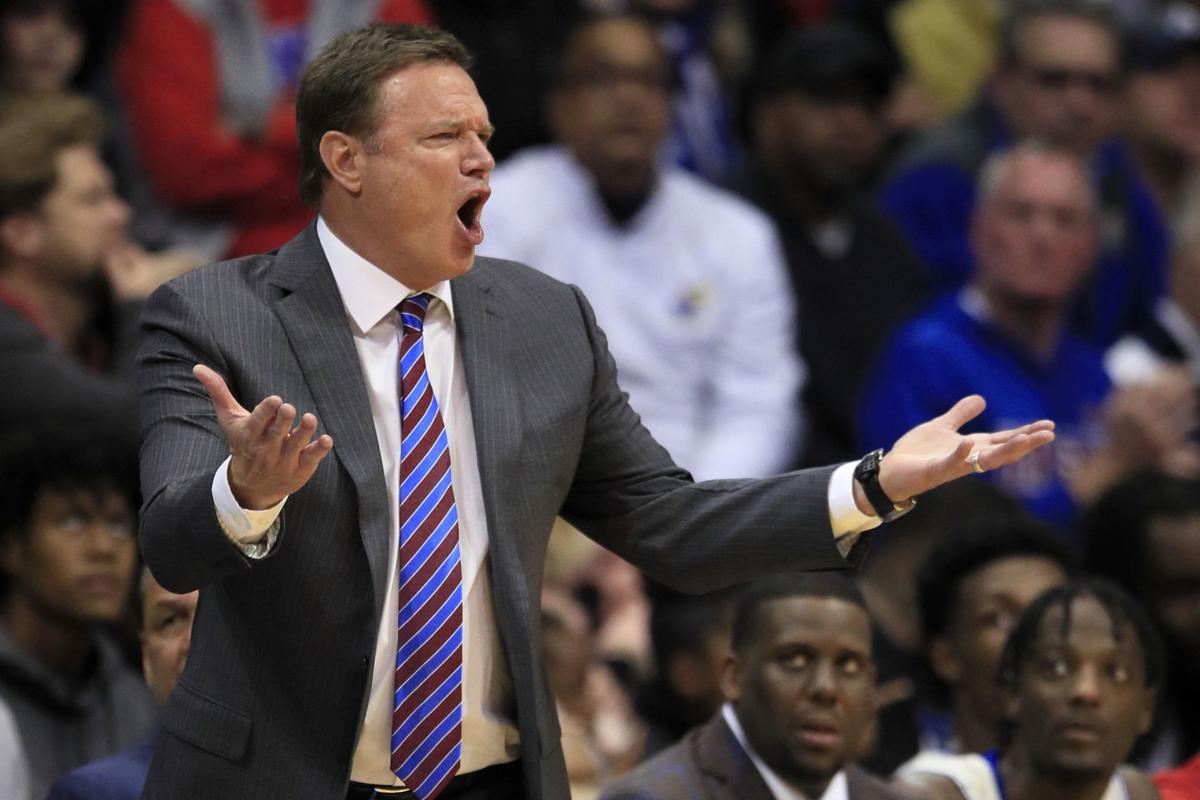 Kansas head coach Bill Self directs his team during against Milwaukee on Dec. 10 in Lawrence, Kan.

West Virginia's Derek Culver (1) gets past Kansas' David McCormack (33) to put up a shot during the the Big 12 tournament March 15 in Kansas City, Mo.

Kansas head coach Bill Self directs his team during against Milwaukee on Dec. 10 in Lawrence, Kan.

The West Virginia University men’s basketball team has a talented pair of forwards in sophomore Derek Culver and freshman Oscar Tshiebwe. Both have received praise in the form of league honors — Tshiebwe as the preseason Freshman of the Year and Culver earning Honorable Mention on the league’s preseason team.

Both, however, have never had to go up against the player regarded by many as the best big man in the league and perhaps even the best in the country.

Kansas senior Udoka Azubuike tore a ligament in his right hand last January and missed the rest of the season as a result of the injury. That means he missed all three of KU’s games against West Virginia — a loss in Morgantown with wins in Lawrence and at the Big 12 tournament in Kansas City, Missouri.

Azubuike was so well thought of by the Big 12’s basketball coaches that, even coming off the injury, the group picked him as the league’s preseason player of the year. Now West Virginia’s talented but young group of front court players get its first chance to take on KU’s standout big man as the No. 16 Mountaineers open Big 12 play Saturday at Kansas’ Phog Allen Fieldhouse in Lawrence (4 p.m., streaming only on ESPN+).

“Azubuike is what, 7-foot-1 and 290 pounds?” Huggins asked. “And 80-some percent from the field. In my brief experience in this business, that has helped quite a bit.”

Heading into conference play, the native of Nigeria is KU’s second-leading scorer at an even 13 points per game and is among the league’s best rebounders at 8.8 per game. Azubuike will almost certainly battle with the league’s current leader in that category — Culver — for boards on both ends of Allen Fieldhouse on Saturday.

Huggins did, however, correct himself later in Thursday’s teleconference on one item he mentioned about Azubuike.

Huggins and the Mountaineers will be looking for an improvement in the collective performances from both Culver and Tshiebwe against the Jayhawks. In West Virginia’s last game — a 67-59 win against then-No. 2 Ohio State in Cleveland — Tshibwe played just eight minutes because of foul trouble and did not score while Culver also battled foul trouble but came on late to finish with 10 rebounds and seven points.

If one or both end up on the bench for long stretches again Saturday due to fouls, the degree of difficulty goes up significantly for the rest of the Mountaineers in regard to stopping Azubuike.

“[Azubuike] is just so big and strong and he pushes you up the lane,” Huggins said. “They get a lot of where they throw it over top of you, and if you stay behind he just backs you down. He creates a lot of problems.”

The forwards will be in the spotlight, but they won’t be the only ones getting a workout for West Virginia on Saturday. KU point guard Devon Dotson is one of the best at his position in the Big 12 and drew high praise from Huggins on Thursday.

Dotson leads the Big 12 in scoring at 18.8 points per game and in three games against WVU last season reached double-digit points in two of them — both of KU’s wins.

“I think he’s one of the better guards in the country,” Huggins said of Dotson. “He can go off the bounce and he’s a really good jump shooter. He has great speed in the open floor — he really makes their transition game go. I think he’s really, really good.”

Since joining the Big 12 in 2012, West Virginia’s games against Kansas have become appointment viewing. In KU, the Mountaineers have found a rival in a way perhaps no other Big 12 team has matched — and according to Kansas coach Bill Self the feeling is mutual and West Virginia has been a welcome addition to the league.

“Huggs is the fourth-winningest coach in college basketball,” Self said during his Thursday press conference. “He’s really good. And — I don’t know if you know this — he’s kind of a colorful fellow. That also creates some interest that makes it fun. So I think West Virginia coming into our league ... was really good for basketball.

“And then, of course, he’s had really good players and really good teams, and he gets them to play his way and do it his way,” Self added. “This is not an infomercial for him, but I’m a fan. I mean, I totally respect everything that he does and how he goes about his business.”

Self was one of the many coaches last season who said West Virginia’s poor play was the exception and not the rule for a Huggins team. He expected the Mountaineers to get back among the league’s better teams, and now that has happened with WVU at No. 16 in the AP Top 25 this week.

“They got good at the end of the season last year, and a lot of their pieces are returning,” Self said. “They’re back to playing like West Virginia played a couple of years ago, without question.”