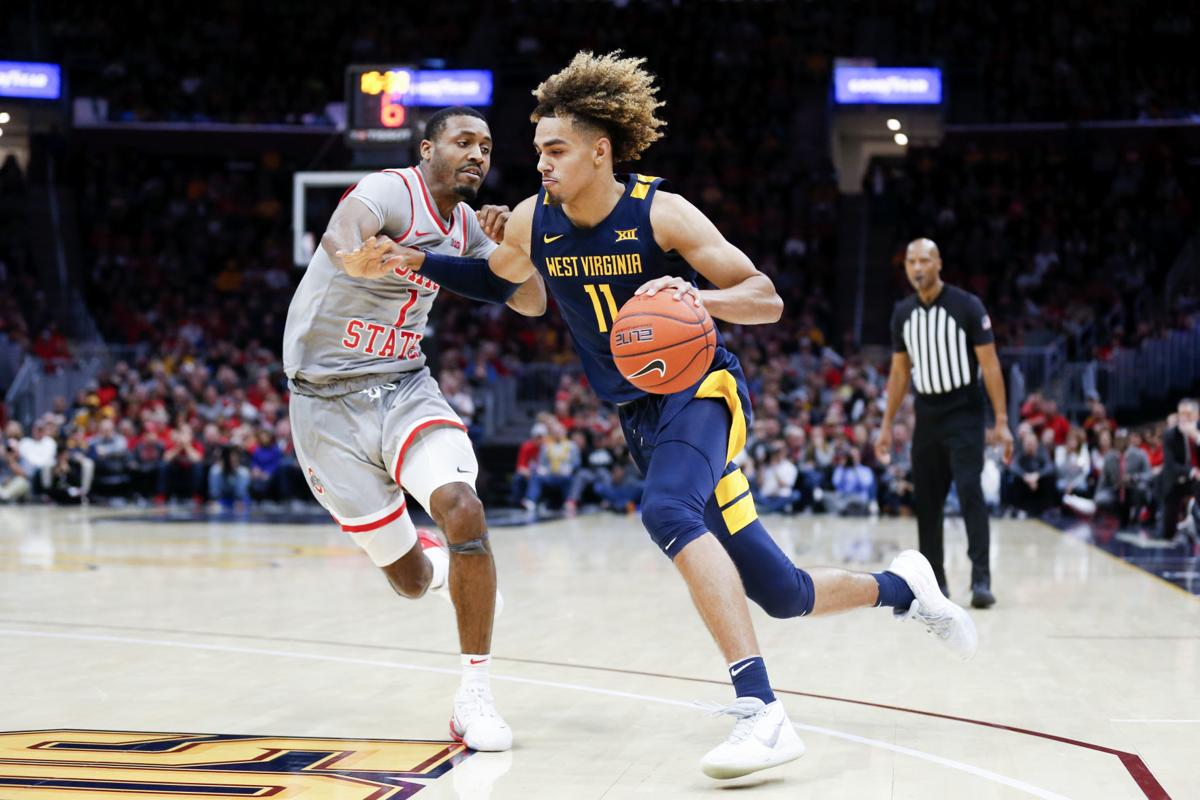 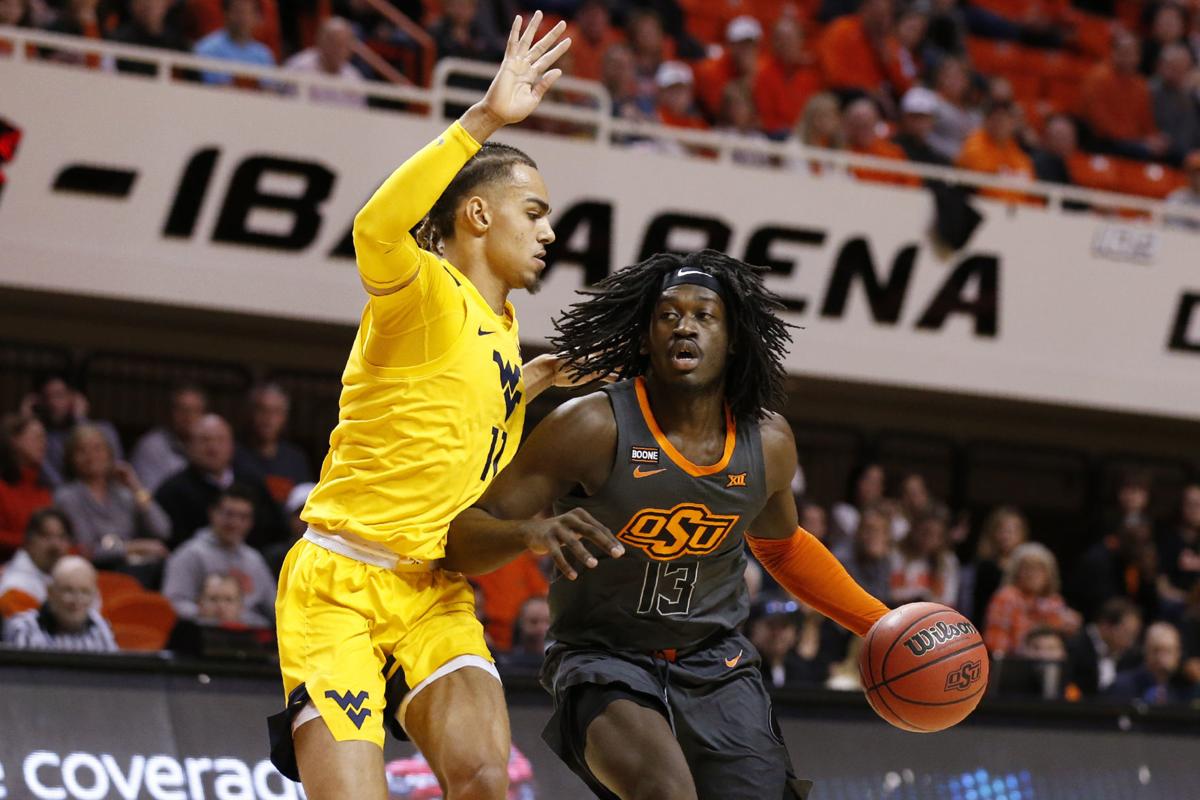 Matthews, a 6-foot-7 small forward for the Mountaineers from Tacoma, Washington, was easily identifiable by his flowing, curly blond locks, but he changed it up prior to last week’s game at Kansas. Matthews showed up in Lawrence with his hair in braids.

He had not been playing at his usual high level in recent games prior to the Big 12 opener against the Jayhawks, and apparently the change of style didn’t help. At KU, Matthews finished with just two points in 29 minutes. Two days later at Oklahoma State, Matthews scored zero points in 11 minutes.

In those two games, Matthews combined for just two points and made just 1 of 10 field goal attempts. He attempted exactly zero foul shots over that span as well.

On Friday, when the WVU players and veteran coach Bob Huggins met with the media, the braids were gone and the long, curly hair was back for Matthews.

Now, Huggins said, he hopes the sophomore can get his confidence back as well.

“I think a lot of it is confidence,” Huggins said. “It’s amazing when the ball goes in what happens to your confidence. [Matthews] shot it really well early. He was one of the guys who carried us early, then he started missing shots.”

Perhaps Saturday’s visit from No. 22 Texas Tech (6 p.m., ESPN) — which was moved from ESPN2 to ESPN, the university announced Friday afternoon — is what Matthews needs to get his confidence back. It was against the Red Raiders in last season’s Big 12 tournament that Matthews had his best game as a Mountaineer, finishing with a career-high 28 points, going 10 of 14 from the floor and 2 of 4 from 3-point distance along with a 6-of-6 mark at the foul line. It was also the game where Matthews threw down a memorable dunk on the Red Raiders near the end of the first half that helped spark the Mountaineers to an upset win — the last time TTU would lose prior to the national championship game — and a spot in the conference semifinals.

Similar to what several teammates have dealt with this season, Matthews’ confidence problem is showing up in his poor shooting performances. He was West Virginia’s most reliable 3-point shooter early this season, hitting 14 of his first 32 attempts. Since then he is 1 for 12 and has missed 11 consecutive shot attempts from distance.

“He’s missing them short and not getting them over the rim,” Huggins said. “For the most part, it’s on-line, it’s just not going over the rim.”

The Red Raiders (10-4, 1-1 Big 12) began the week on a five-game win streak that started on Dec. 10 with a 70-57 dismantling of then-No. 1 Louisville at Madison Square Garden. The Red Raiders rattled off wins against Southern Mississippi, UT-Rio Grande Valley, CSU Bakersfield and Oklahoma State before No. 4 Baylor went to Lubbock on Tuesday and slipped out of TTU’s United Supermarkets Arena with a 57-52 win. It does not get much easier for the Red Raiders now, with a sold-out crowd expected at the WVU Coliseum on Saturday when they take on the No. 17 Mountaineers.

When it is going well for Texas Tech, freshman guard Jahmi’us Ramsey has usually had a hand in it.

TTU lost three consecutive games in late November and early December when Ramsey was out with a hamstring injury. He did also miss the win against No. 1 Louisville at MSG, but since his return the Red Raiders were really on a roll. Even in the loss to Baylor, the freshman led TTU with 20 points to go with five rebounds, three assists, two steals and a block. For the season, Ramsey averages a team-high 17.7 points per game. Junior guard Davide Moretti, one of the few familiar faces still around from Texas Tech’s run the to national title game last season, is second on the team at 12.8 points per game.

The Red Raiders are also getting important minutes from 6-6 senior guard Chris Clarke, who has shown an ability to force defenders to leave the paint to guard him, and it has helped open the floor at times for TTU.

“I think [TTU] is a vintage Chris [Beard] team,” Huggins said. “They run great offense. They make you score over top of them. They don’t turn anybody loose to the basket. Offensively, they’re patient. They’ve got guys who can consistently make perimeter shots. They just don’t have the shot blocker they had a year ago. Ramsey is really good. I mean, he’s really, really good.

“[Clarke] passes the ball well and I think he gives them an opportunity to take a big away from the basket and then they play their 2 on 2 games on the side. You can run really good offense and not have somebody who delivers the ball — which we have gone through for a while, but I think we’re getting better at knowing where to throw the ball and when to throw the ball — but [Clarke] does a great job.”