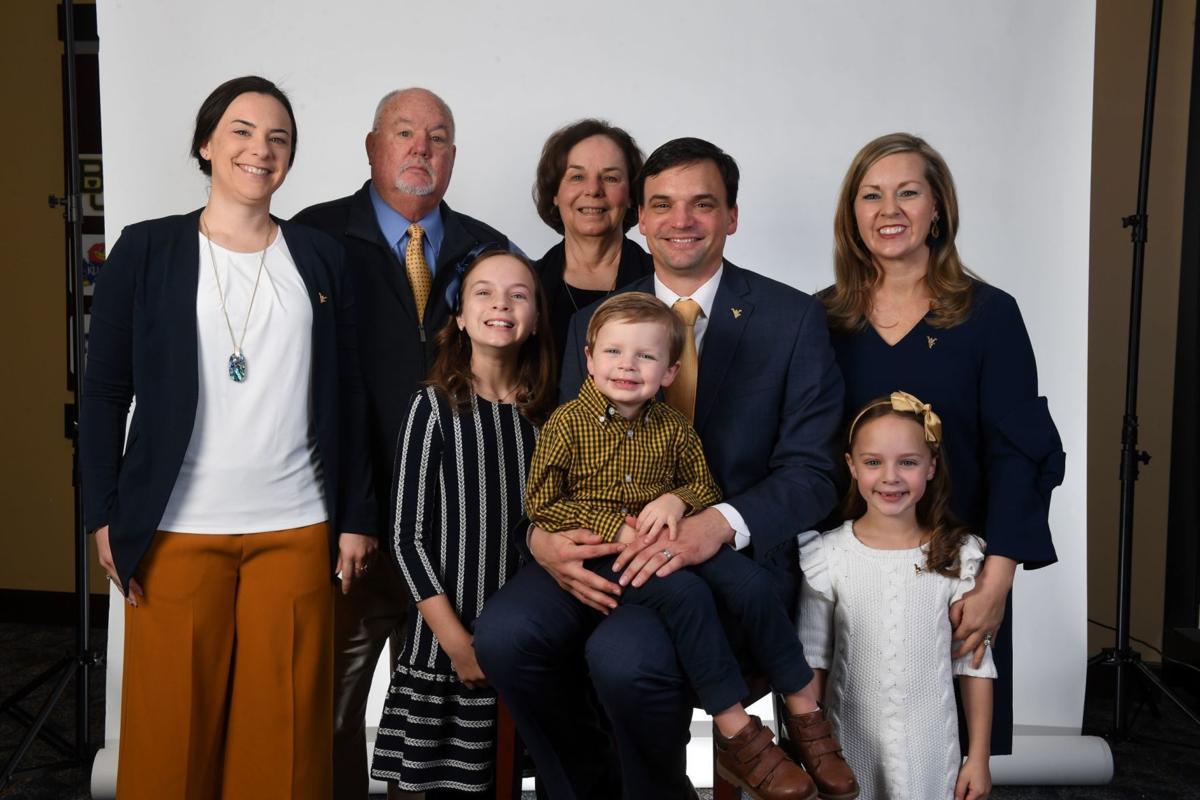 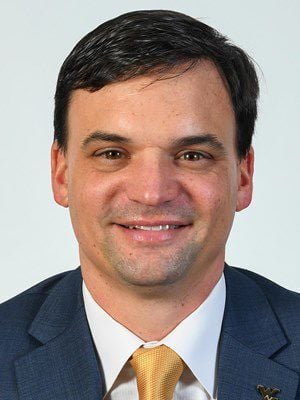 The West Virginia University football coach’s connections to education go back a couple of generations. His mother Peggy was his elementary school librarian. His father Tom was a teacher, coach and administrator, including a stint as principal at Brown’s alma mater, Boyle County High School in Danville. Kentucky.

“Middle school was the only time I was ever in a school building without one of my parents,” Brown said.

Trips to his grandparents’ houses put him at the kitchen table with teachers, too. Three of his four grandparents worked in education. So did an aunt and an uncle. His wife Brooke’s parents both were teachers as well.

In a way, Brown has followed in their footsteps. As a college football coach, he remains an educator of sorts, teaching young men not just the principles and nuances of the sport, but how to continue growing as people when they leave the college life and jump into full-fledged adulthood. And Brown said the lessons he’s learned from his family throughout his life are imprinted on his work now.

Among the most important lessons was one he learned from all of them — to take account of the entirety of a student, not just how he performs as an athlete. That’s the foundation of his “5th Quarter Program” which provides a holistic education for WVU’s football players.

“As I started growing and I got into being a coordinator and then a head coach, that started to be the case,” Brown said. “We try to do our best job in educating what we call our whole-person development, and that comes from an educational background.”

“Growing up and loving sports, I wanted to be there, too,” Brown said. “So I had to make sure I had everything done, that all my school and all my practice stuff and all that other stuff was done so I could go do those types of things. It really helped me be regimented and disciplined and on schedules.”

Brown’s dad inspired him in several ways. Tom Brown has become what Neal Brown considers a great sounding board, now that the two can talk administrator to administrator. Tom Brown has been both assistant principal and principal in Kentucky, spent time as the acting superintendent of Nelson County Schools and currently is superintendent/secretariat of schools for the Catholic Diocese of Lexington.

Both father and son understand what it means to sit behind the big desk and the responsibilities that come with it. Theirs is the final say, and those words can leave lasting impressions, good or bad, on plenty of people. When Neal Brown wants to bounce around some ideas on administrative strategies, his dad is there to lend an ear.

And father can also teach son lessons in leadership and how to not just take care of what’s going on in the present, but build toward the future. That includes molding the next generation of leaders.

“I tell you one thing, and I probably didn’t understand this until about four or five years ago,” he said, “but my dad always did a really good job of mentoring young people. Not students, but young teachers or coaches who had growth potential.

“And I look at where some of those people are and how well they’ve done, and that’s something that in the last four or five years that, I’ve seen that and I have to do the same, and that’s backing your people.”